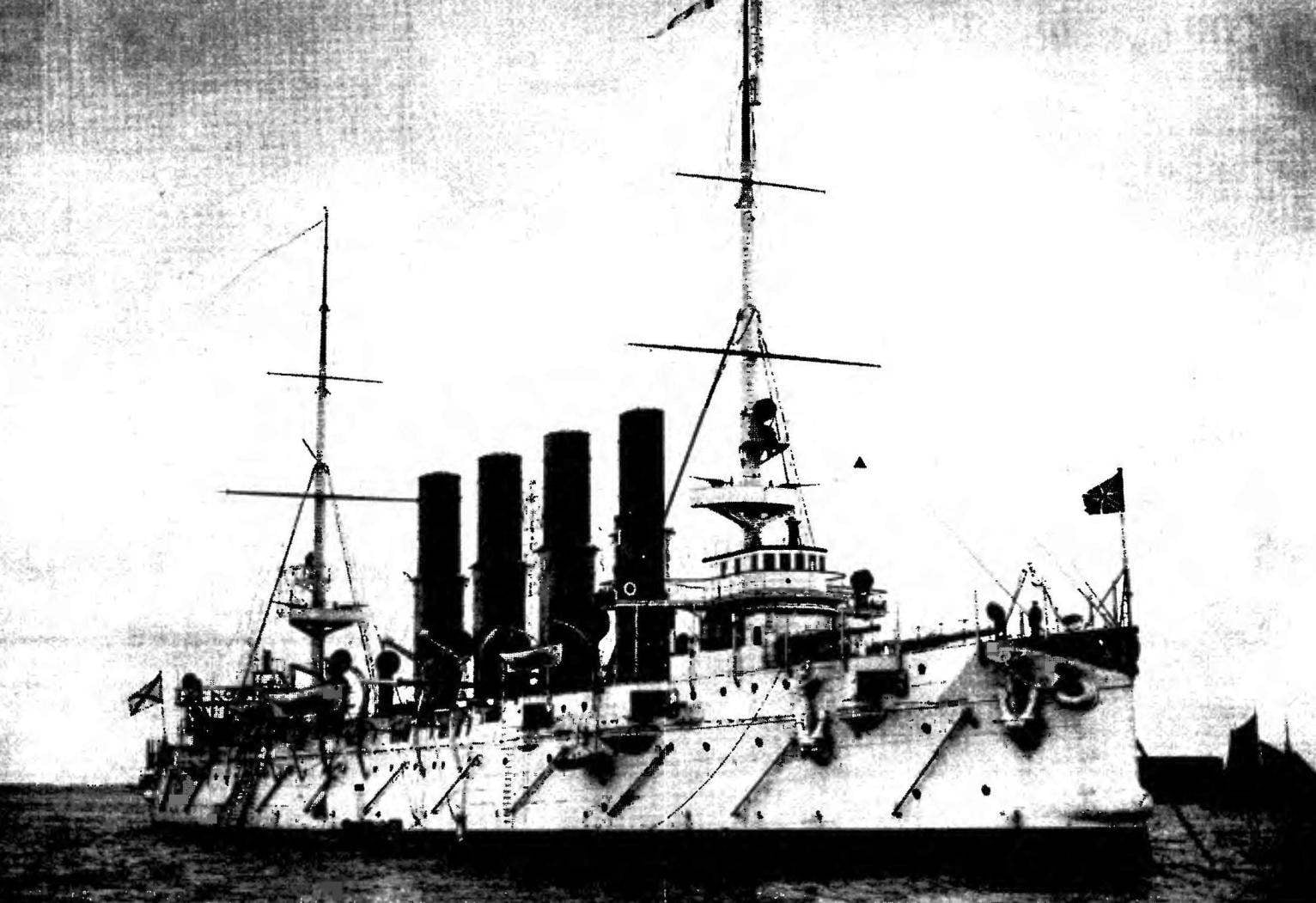 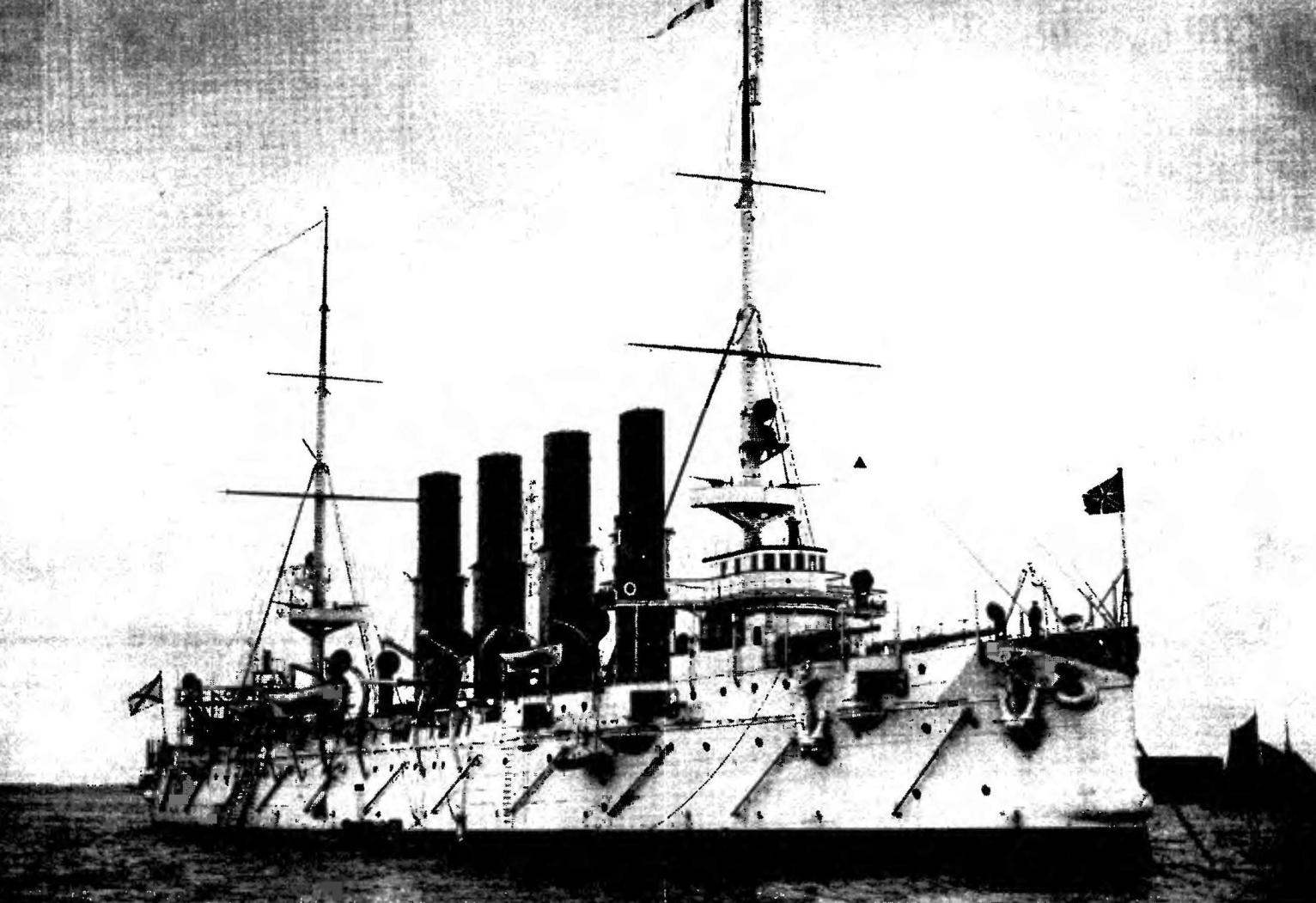 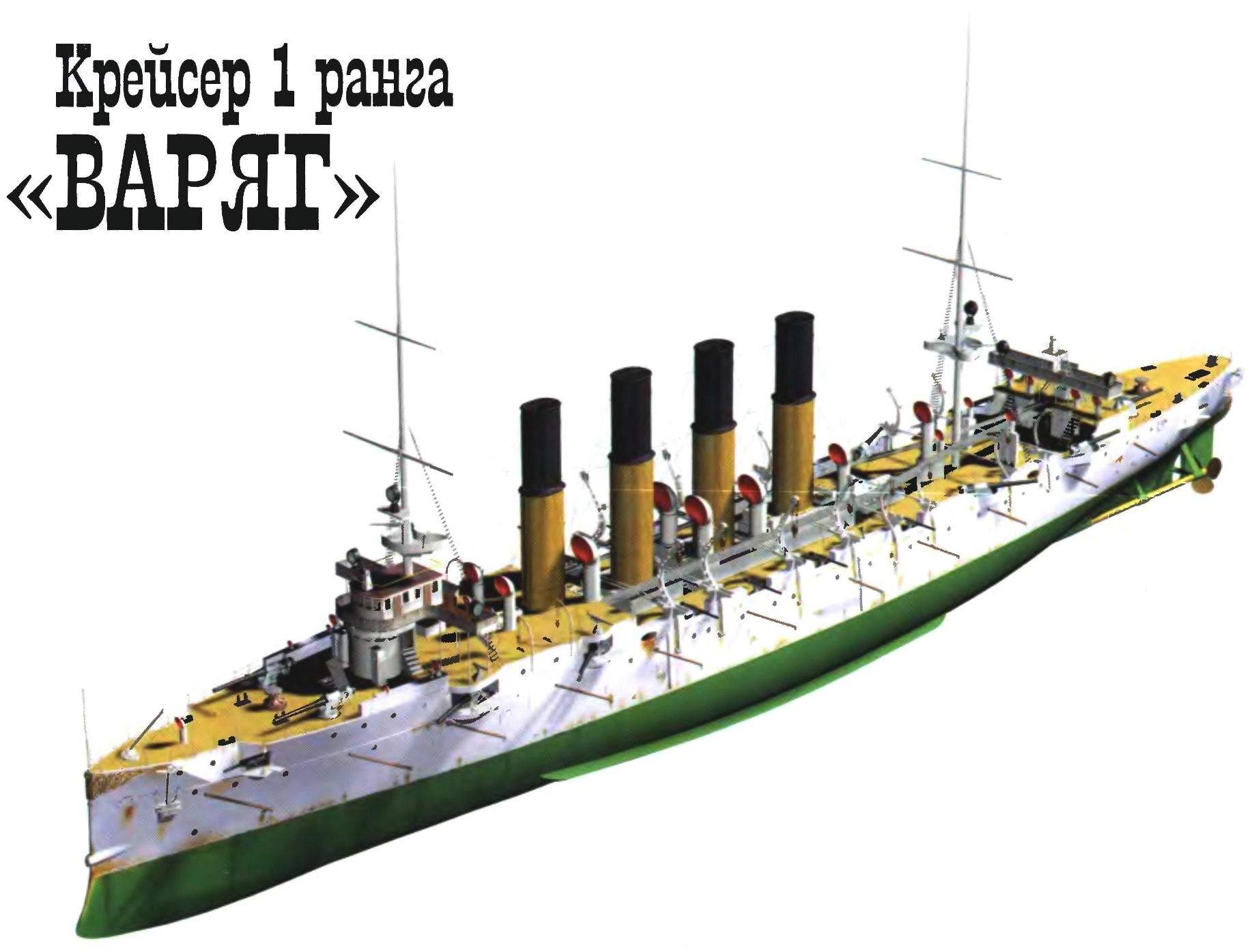 Exactly one hundred years ago the name of this ship became known around the world. On the morning of 9 February (January 27 old style), 1904 the cruiser “Varyag” was on the RAID of the Korean port of Chemulpo, when his commander—captain 1st rank V. F. Rudnev received the news of the outbreak of the war with Japan. By this time, the exit of the Bay blocked the enemy fleet and the Japanese offered the Russians to surrender. Despite the fact that the enemy was a clear superiority in forces, the Russian Navy rejected the offer and took the challenge coming to an unequal battle. At 11.20 both caught in a neutral port, the Russian ships— the cruiser “Varyag” and the gunboat “Korean” weighed anchor and headed to Sea. “We saluted those heroes who so proudly marching to certain death,” — so expressed his admiration for the witness of the battle, the commander of the French cruiser “Pascal” V. Sanes…
The cruiser “Varyag” to the beginning of the Russo-Japanese war was considered quite modern ship. It was built by order of Russia in the United States at the shipyard Kramp (Philadelphia) in 1900. The type of the cruiser belonged to the so-called “fighters for trade” (merchant ships) — great ocean raiders, seafaring, but, unfortunately, poorly protected and poorly armed. Armored on the “Varyag” was the only deck: on the horizontal areas had a thickness of 38 mm, bevel — 76 mm. Artillery of the ship in General was devoid of any protection In March 1901, “Varyag” left the shores of America on may 3 and arrived in Kronstadt. After a short stay in the Baltic sea he went to the far East and in February, 1902, was already in Port Arthur.
A month before the start of the war the cruiser “Varyag” went to Korea, where he was to perform the functions of a personal — vehicle-representative of the country abroad. Unfortunately, the roadstead of the port of Chemulpo, located in the Bay and connected with the sea by a long, winding waterway, was a beautiful trap, which was used by the Japanese. The squadron of rear-Admiral S. Uriu, composed of the armored cruiser “Asama”, 2nd class cruisers “Chiyoda”, “Naniwa”, “Takachiho”, “Niitaka” and “Akashi”, as well as three transports and four destroyers appeared in front of Chemulpo before the attack on Port Arthur. Chance to escape from the trap of the “Varyag” and “Koreans” have no choice…
Further well-known. About the battle that took place near the Korean port, written numerous articles, essays and books, shot films and documentaries, and composed songs. In detail about it and the release of the app “Sea collection” (V. I. Kataev. The Cruiser “Varyag”. — “Sea collection” № 3, 2003).
Despite the huge numerical superiority of the enemy, “Varyag” fought bravely until, has not yet received serious damage. The crew of the cruiser suffered huge losses — 33 people were killed and 97 wounded. For multiple shot holes, the failure of a significant number of guns and steering gear “Varyag” is almost completely exhausted its combat capabilities and was forced to return to the RAID. Here, in order not to be captured by the enemy, the ship was by order of the commander flooded.
In 1905, the Japanese lifted the cruiser and after repair entered in the composition of its fleet under the name “Soya”. However, now it is predominantly the function of the training ship.
However, the history of “Varyag” was not over. In the midst of the First world war, Russia decided to create a fleet of the Arctic ocean and turned to the now Union of Japan to sell a few warships. She willingly agreed. And in March 1916 in the former Russian battleship “Peresvet”, “Poltava” and the cruiser “Varyag” was again raised flag of St. Andrew. And in November, the legendary cruiser under their original name anchored in Romanov-on-Murman (now Murmansk). 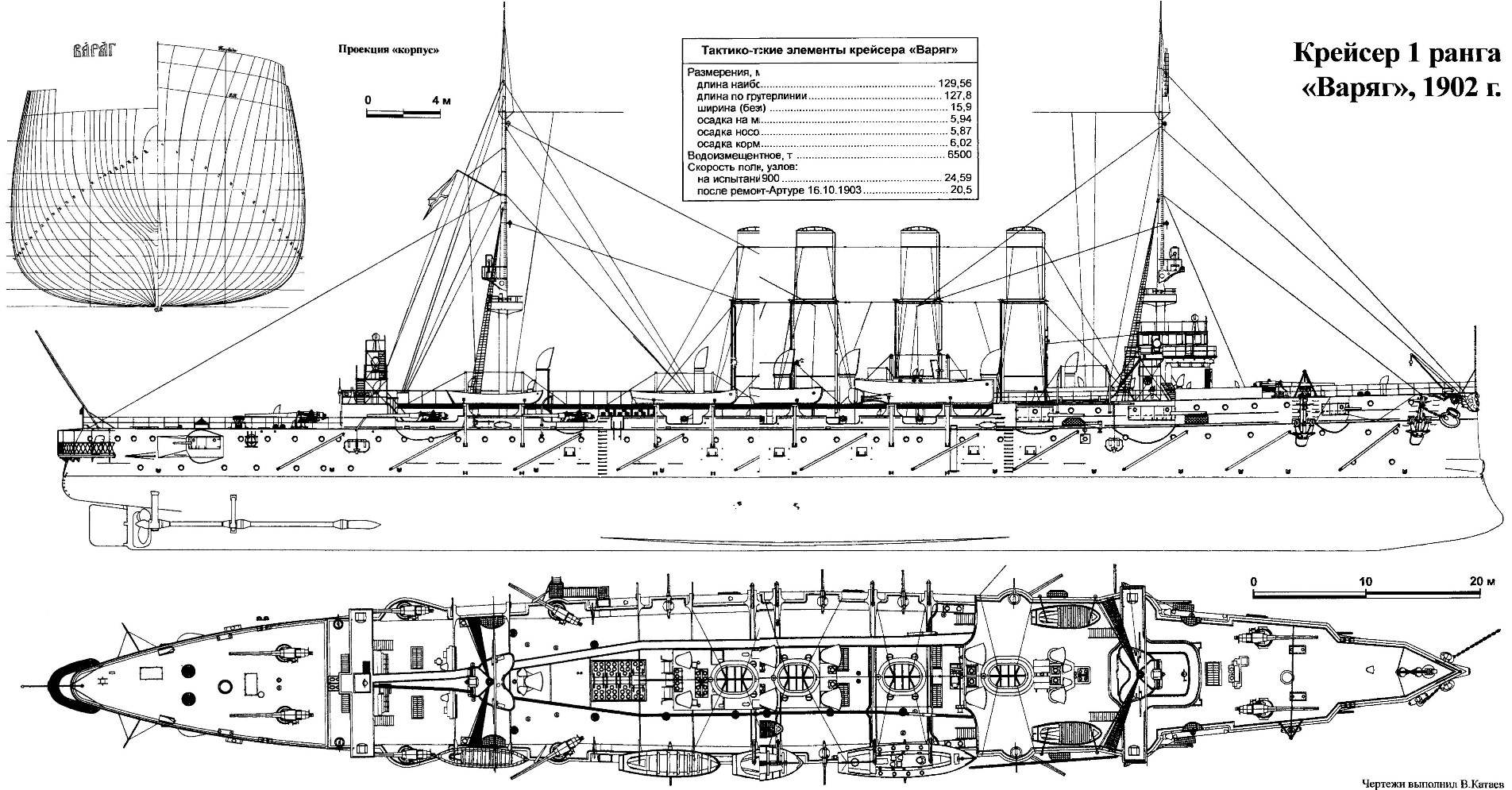 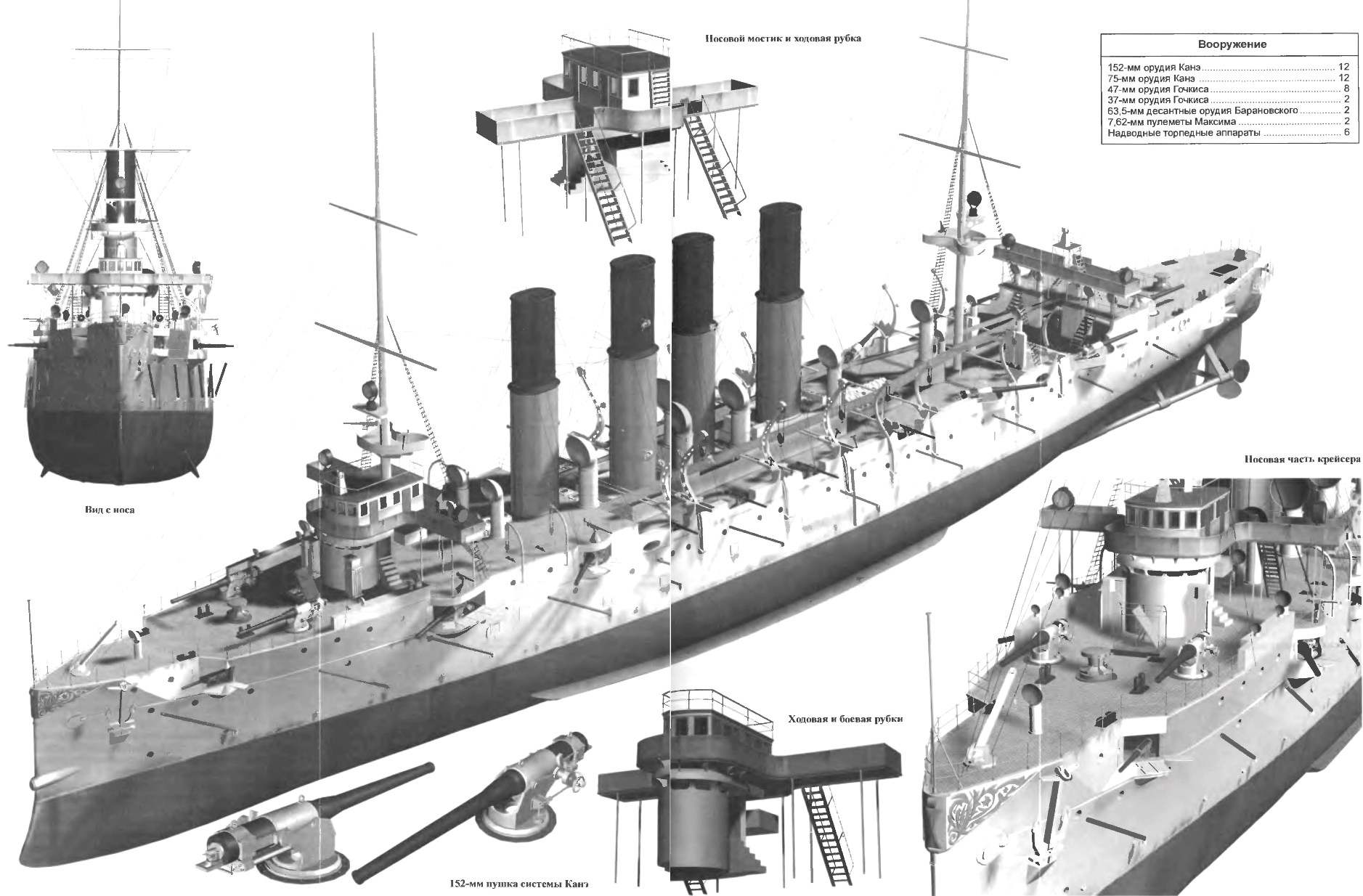 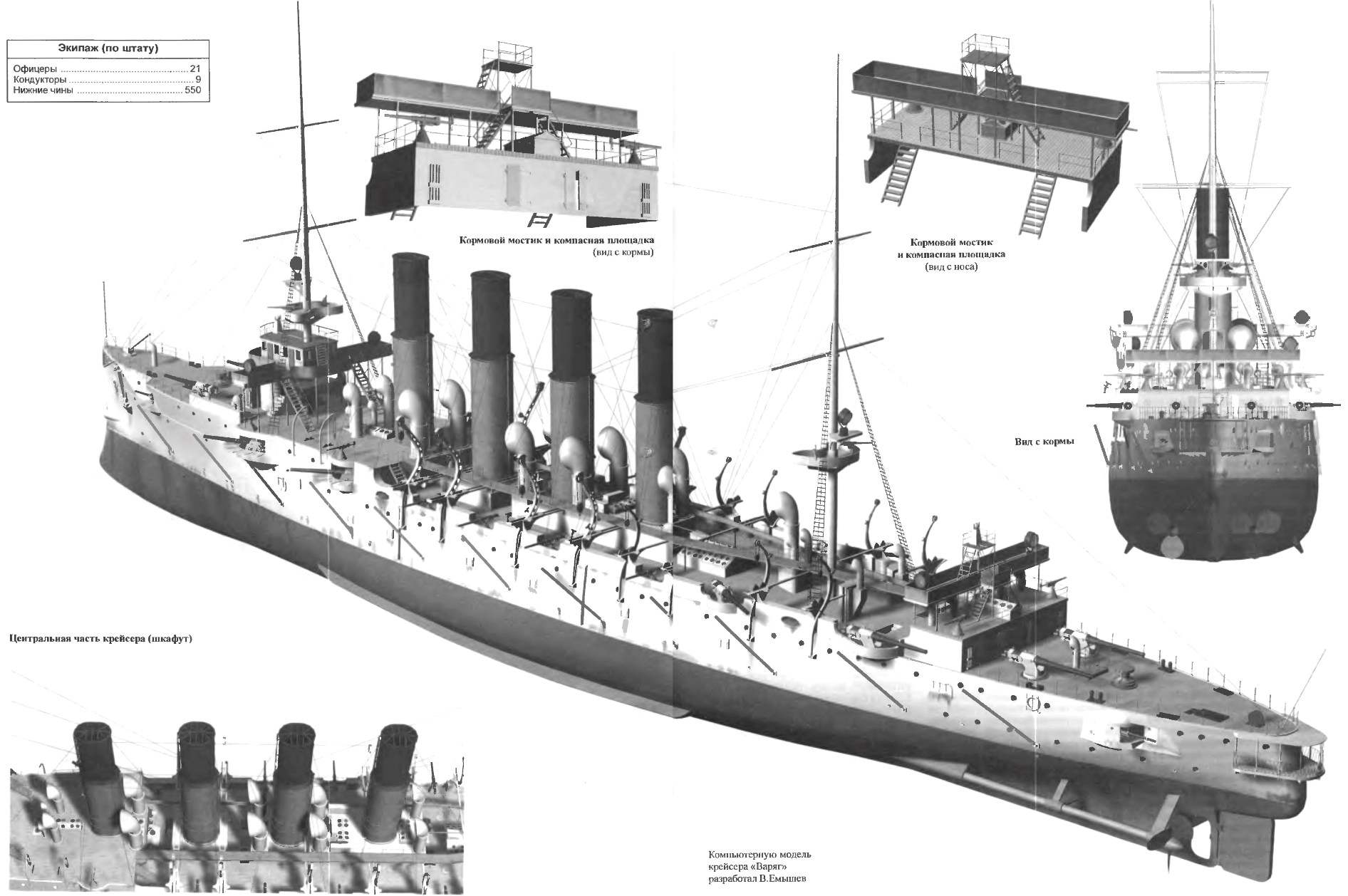