The prototype of the computer mouse — a two-dimensional analog of the manipulator, connected to a personal computer (PC or PC) via the serial port corresponding to the RS-232 standard, and is equipped with a couple of buttons on a convenient and compact housing, is a device created almost 40 years ago at the Stanford research Institute and has incorporated a number of principles, authored by the famous inventor Douglas Engelbart (Douglas Engelbart). In appearance it is a wooden box with a “tail” — a communication cable. Obeying the movements of the operator’s hand, sneaking on the table on wheels, counting their speed and turns, this device is like sniffing the information that was immediately entered into the computer and controls the cursor movement on the screen. Indeed, what is not nosy mouse!..
Modern input devices to the personal computer (PC) — complete optomechanical, optical other mouse — looks too similar to the nimble and seppovaara Mickey mouse. Obedient to the will of the owners (users), they transmit the system information about the movement of the plane and you click on the button located on the top, in the front of the case.
The most popular kind of computer is complete optomechanical mice (Fig. 1A), inside which certainly has a freely rotating and a rather heavy rubber ball. Through the hole in the center of the bottom (and in many structures being located inside of a removable ring) it is in contact with the underlying surface (the carpet) and under any movement transmits the rotation of two rollers with mutually perpendicular coordinate disks. Sensors — two open optocoupler (led — photodiode). In the working lumen of each of them and rotates during operation of the coordinate disk with slits. The coupler can be either solid structures or as separate elements mounted on printed circuit Board.
Focused led light rays passing through the slit coordinate of the disk when moving the mouse periodically overlap, and the output of the photodetectors (photodiodes) appear appropriate electronic pulses. Everything else is done by electronics…
Bus Mouse (bus mouse) is rightly referred to as long and hopelessly outdated version of a computer manipulator. No optocouplers inside such peripheral devices no. Rotating the coordinate disks here not interrupt the progress of led rays, and brush contacts the simplest Electromechanical sensors; signal processing produces a special adapter (usually the charge ISA). Rare cable, 9-wire-Noah, the connector is too specific. The main drawback is the adapter: is a slot on the Board, and ‘ I / o and the IRQ line…
Serial Mouse belongs rather to fairly common types of computer mouse with a serial interface. Connects a peripheral device to a 9 – or 25-pin connectors com port.
In any Serial Mouse has a built-in microcontroller that handles the signals from the coordinate sensor and buttons. Every event (movement or pressing-releasing the buttons) is coded as the binary package to the RS-232 interface. For the transmission of information using asynchronous transfer, and a bipolar power is supplied from the control lines of the interface. The lack of Serial Mouse: this device is a COM port and requires exclusive use of its standard line interrupt (IRQ4 for COM1 and IRQ3 for COM2).
This files most often have to deal with MS-Mouse or PC-Mouse. As varieties of computer mice with the so-called serial interface, they nevertheless use different formats for sending signals; in case of discrepancy, the driver to be installed true inevitably erratic, spasmodic movement of the cursor on the screen.
Subspecies serial mouse — PS/2-Mouse is not that other, as a result of former experiments with the IBM series computers PS/2, produced in a very short time. Interface cable connector this peripherals similar to a keyboard.
It just so happened, but the adapter and the PS/2 connector “certainly present” on all modern motherboards. Well, the controller of this mouse can either enter the keyboard controller, or to take up extra ‘ I / o. It is useful to also know that PS/2 Mouse uses interrupt IRQ 12.
Assigment of the findings of the mouse-type Serial Mouse for 9 – or 25-pin connectors com port

With serial interfaces PS/2-Mouse Serial-Mouse 1 is associated a number of misunderstandings, which arise sometimes beginners forget that…
First, the PS/2 interface uses a unipolar signal levels of TTL (transistor-transistor logic) and strictly requires a so-called single-supply operation: +5 V relative to the GND bus. But for the RS-232 interface used in COM-mice, characteristic exclusively of the bipolar signal (trigger levels +3…+ 10 V and -3…-10 V) and bipolar (bus-relative GND) power supply.
Second, the mouse interface PS/2 uses two separate signal lines, one for transmission, another for synchronization signals. In contrast, COM-mouse dispenses one wire at which the signal is transmitted in asynchronous way.
Even without going into other details, we can say that directly, these types of interfaces are incompatible. However, sometimes we hear and refinement: they say, are already available passive adapter designed as you claim to be “omniscient” sellers of computer equipment to ensure reliable operation of the computer mouse at any way of connecting it to a PC.
However, be vigilant and cautious! The aforementioned adapters are intended only for universal mice, the controller which, indeed, capable of voltage, to detect which interface it is connected, and then install the appropriate type of your output signal. Unfortunately, such “advanced” input devices are still extremely expensive and few, so failures when connecting cheap computer mice to PC via adapter — is not uncommon. Isn’t it better to just buy the “periphery” with a required interface, than to spend money later on any additional devices with the faint hope on the performance of their work?!
Recently a USB mouse (USB Mouse) and already had time to prove themselves… but For their connection it is necessary that the computer had the USB bus.
A well-deserved popularity and optical mouse (Optical Mouse). Not having any “mechanics”, it quickly “runs” on a special Mat on the surface network of intersecting black lines. Led reflected rays during the motion of the mouse is periodically interrupted, which is fixed photodetectors (Fig. 1B). With the counting of the occurring current pulses perfectly integrated electronics…
Among the variety of other mice not to mention “tailless animals”. Communicating with the base units of PCs such manipulators is carried out with no cable or radio or infrared rays. There are also mouse is designed to control the cursor in three-dimensional virtual space.
Special series — the manipulator trackball (Trakball). Although these devices and resemble an inverted mouse with a rubber ball which should rotate with your fingers, but the rest of the design here and fixed, and more compact, which is very appreciated, for example, in laptops. There are trackballs, designed for use in computer games and other technology focused mainly on the younger generation. Accordingly, the external design of these manipulators, in youth or even in the nursery, but with the obligatory saving of the functional properties while increasing reliability.
However, over time, begin to be depressed even the most persistent of computer mice and similar devices who are forced day in and day cheat not their virtual kilometers. Like any equipment, manipulators PCs need cleaning, preventive care, and if there is a particular need, repair.
The first thing to do when obedient before the mouse starts suddenly bad move in one direction or another is to check the status… the underlying surface. Potholes samblanet and dirt on it, of course, unacceptable.
If, say, dealing with a filthy rug and a rag covering it, then you can fix all the Laundry is unlikely: adhesive-manufacturers often use niedostatki. But smooth stavroula or rolled in the process of operation of matter and to raise it to the pile can by rubbing the rug with a brush. But do not overdo it, because starting to lag at the edges of the fabric layer for a short time and even tear. But the polymer mats can be safely cleaned with soapy water, removing all adhering, zapasow in scratches and deepening evil. 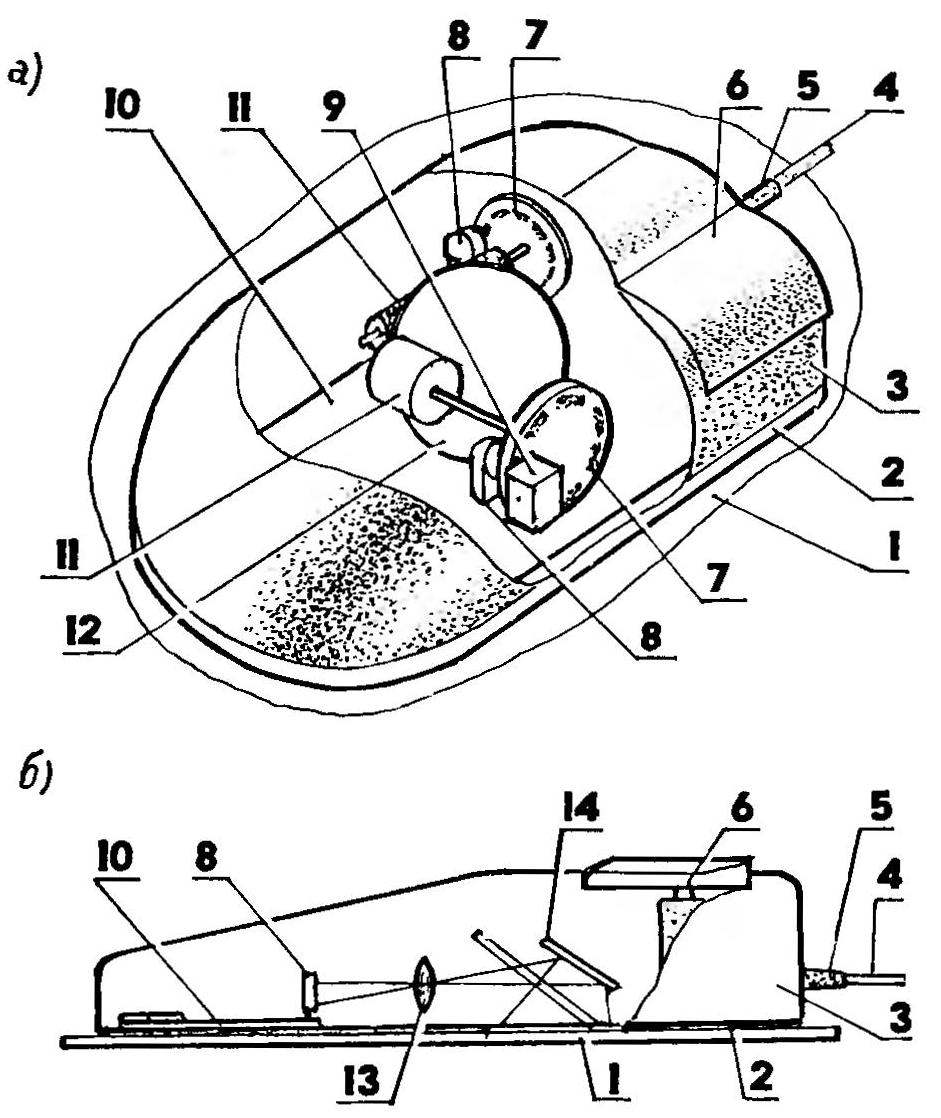 Fig.1. Device schematic the complete optomechanical computer mouse (a) and optical (b):
1 — underlying surface (rubber or plastic Mat, and the b — bordered black lines of the coordinate plate); 2 — the bottom with a hole in the center; 3 — body; 4 — connection cable; 5 — elastic bushing cable gland; 6 — button with microswitch (2 or 3 sets.); 7 — coordinate drives; 8 — sources of focused light (led): 9— photodetector (photodiode); 10 — Board electronic circuit; 11 — pressure rollers; 12 — heavy rubber-coated ball; 13 — lens; 14 — periscopic mirror
It is not excluded that mixed with the sweat of the palms of dust and small fibres from the Mat-litter managed during the operation of the manipulator to get through the rubber-coated ball inside the mouse and roll on rollers to be engraved in the attachment of the coordinate axes of the discs, slowing the rotation of the latter. Often mud the rags manage to get IDO optocoupler, hammering a hole through which to pass during operation, rays of LEDs.
To see the true condition of the rollers, and coordinate drives the optocoupler is often possible, without having to disassemble the mouse and not even removing the housing. Enough, turning the manipulator, to extract a ball from the slot, held in the bottom by a ring with arrows and explanatory inscription OPEN (“open”). And further — operate that is called, according to circumstances.
Adhering to the details the dirt can be removed is clamped in the tweezers with an alcohol cotton wool (ensuring that the cleaning fluid will not drip into the body, especially if it is not pure alcohol and water solution) or gently scrape off, gradually turning the rollers and blowing loose bits of mud from the wells. In a similar way should be clear and the installation position of the axes, and (with caution) coordinate disks with holes for the passage of the led beams. Well, the bulb is recommended to bathe in soapy water, then wash it in running water under the tap and dry with a napkin.
Avoid touching the already cleaned parts with your hands, otherwise the grease from your fingers can easily get on the rollers, and these are preconditions for a very rapid buildup new dirt with all the ensuing consequences.
It so happens that cushions and rubbed, and washed the ball with soap and water, but the expected smooth motion of the cursor on the screen when you move the mouse on the Mat does not occur. In this case, the view — perhaps on rollers was made by notch, which is faded from long hours. Necessary roughness here can be given a fine sandpaper. Just try not to lose a sense of proportion when carrying out such an important “recovery operations”, which is easier, of course, realize, if you open the mouse itself, pre-unscrewing the screws in Denise.
There is also a more radical “people’s” method of recovery odysseyware roller. The essence of putting on on top of it two rings of PVC tube or cambrica. Should do the same so that the working part of the ball as it were, left hanging in the air, barely touching the sides of the ends of the rings.
To ring sitting tight on the glue to put them is not necessary. Just a tube blank must be less than roller diameter. Besides, it is recommended that cut from her ring to drop briefly in boiling water and then quickly pull on cushions prepared for them. After cooling, the ring will be tightly seated. 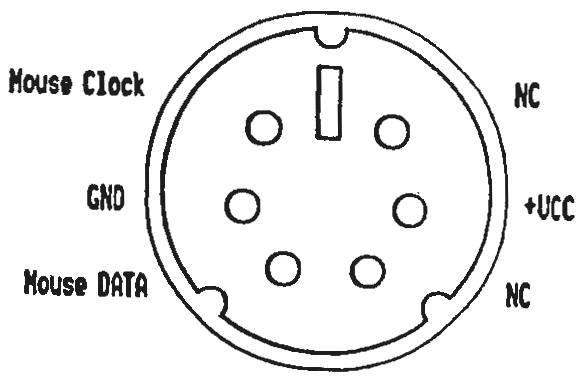