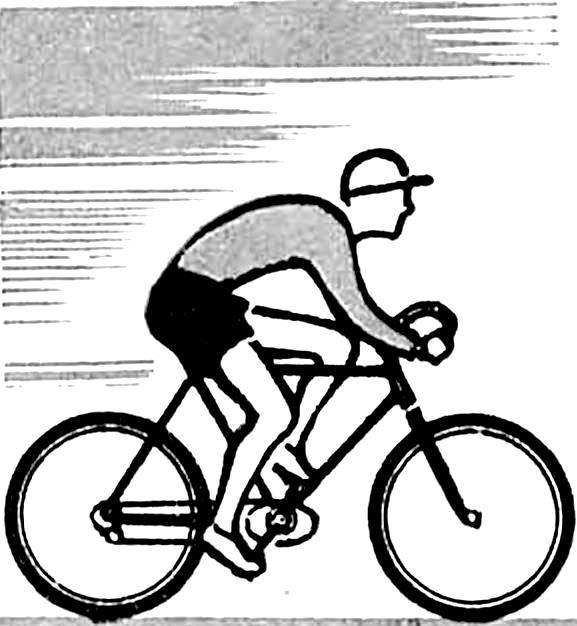 To use a bike instead of round sprocket Ellipso suggested in 1892 Professor V. Prusakov. He decided to put the rods along the minor axis of the ellipse that has allowed more efficient use of the power of the cyclist. Experiments have shown that even an inexperienced rider on a machine with the elliptical sprocket expends energy approximately 30% lower than on moving with the same speed filemashine with a round sprocket. And according to the American engineers, the use of oval zubchatki increases the average speed of a cyclist by about 14%.

But, despite all this, the non-circular sprocket is not widespread nor we, nor abroad: velopment were not ready for the production of non-traditional components of the chain drive.

However, to calculate and make Ellipso star is not too difficult on your own. It is only necessary to consider that its efficiency depends on the ratio of the major and minor axes of the ellipse: what it is, the more advantageous its use. Given this and the design features of the bike determines the maximum size of the major axis and the minimum minor axis of the sprocket. You then need to calculate the length of the ellipse centers of the rollers according to the formula:
LETS≈12,7*n,
where a 12.7 — step Bicycle chain, n is the number of teeth of the elliptical sprocket (selected by the same method as for chain with round stars). The length of the ellipse is calculated by the formula:
Le≈ 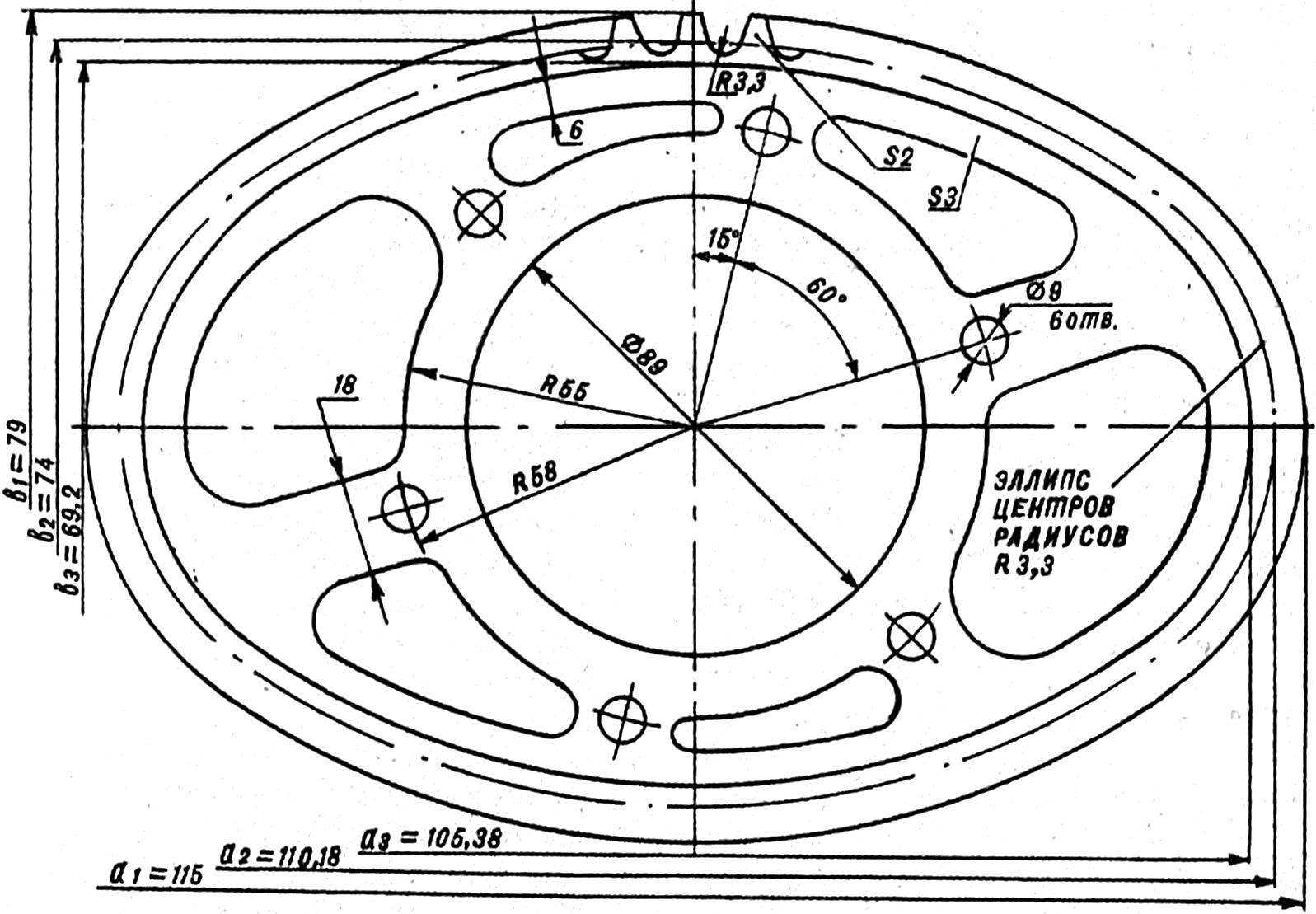 For sport and sport-touring bikes Kharkov Bicycle plant was designed and manufactured ellipsa sprocket with 46 teeth and the axes dimensions a = 110,18 mm, b = 73,981 mm with the ratio a/b of 1.49. The backlog of the minor axis of the ellipse of the rod — 15°. All other dimensions of the sprocket shown in Fig.
P. PROTOZANOV