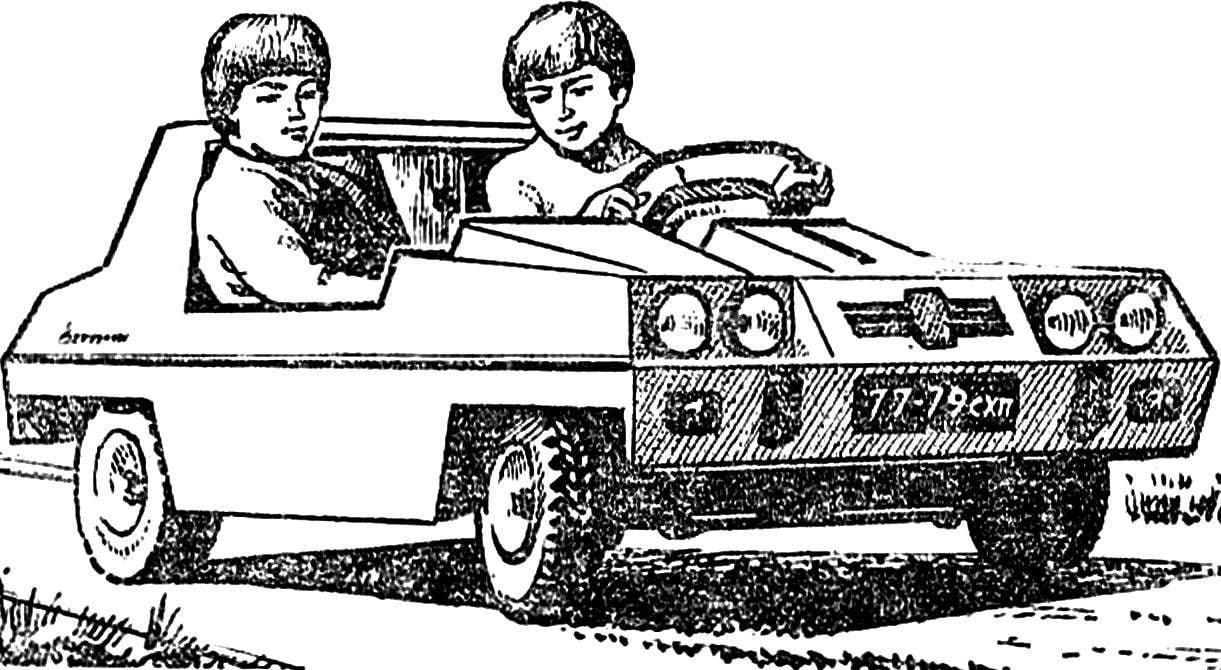 A few years ago I built my children a little micro-car. Called him “mouse”. Readers of “Modeller-designer” know him for publication in the June issue of the journal for 1980.
Everyone was a good little micro-car, but only engine of its (D-5) had to make the move. Of course, it did not suit us.
Most suitable to run on a system chainsaw “Friendship” kick. However, the direction of rotation of the ratchet had to reverse — counterclockwise, and all the other details to make the drawing, which is a mirror copy of the original.
For accurate reproduction of teeth of the intermediate gear flange I made on paper, the imprint of the flange of the prototype oil and used it as a template. Fig. 2. The layout of the kickstarter on the engine.
An intermediate flange attached to the clutch cover by the same screws that attached the cover to the crankcase of the engine. For greater reliability introduced in the design one M4 screw, drawing them to the cover flange by its internal cavity.
Return the ratchet in the engine attached to the drive gear of the crankshaft, with M20 thread, under the puller. Ratchet slipped into gear, carefully welded with a blowtorch and melted the edges of the teeth restored with a file. Thus obtained the new part attached by a screw M8 to an end face of the crankshaft.
To adjust the clearance between the star wheels of the engine and the kickstarter used a strip of foil, by entering them between the intermediate flange and the clutch cover.
Flange mounted kickstarter. The return spring it launched on tightening the drum clockwise. Through a specially drilled in the housing hole output cable with handle start.
V. VESELOV, Kholmsk, Sakhalin region.