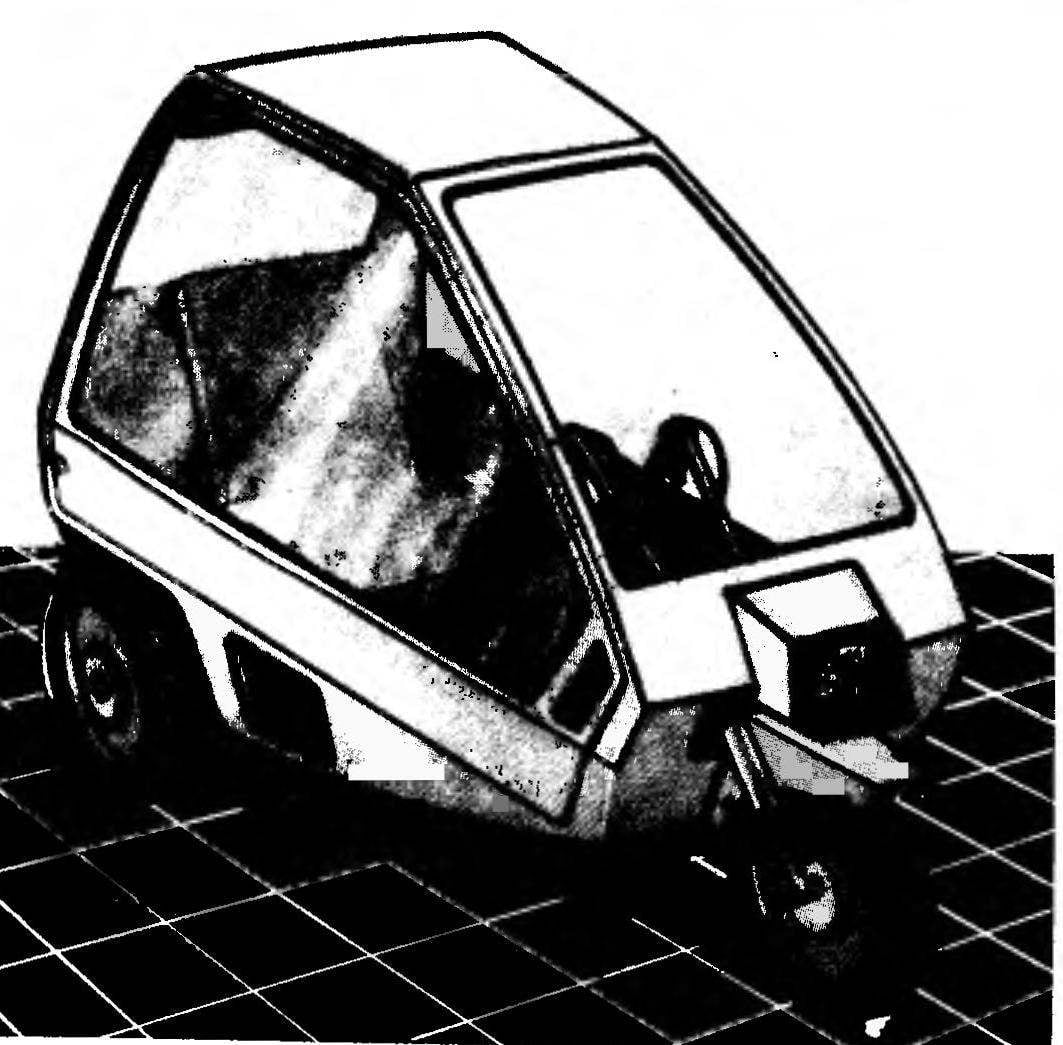 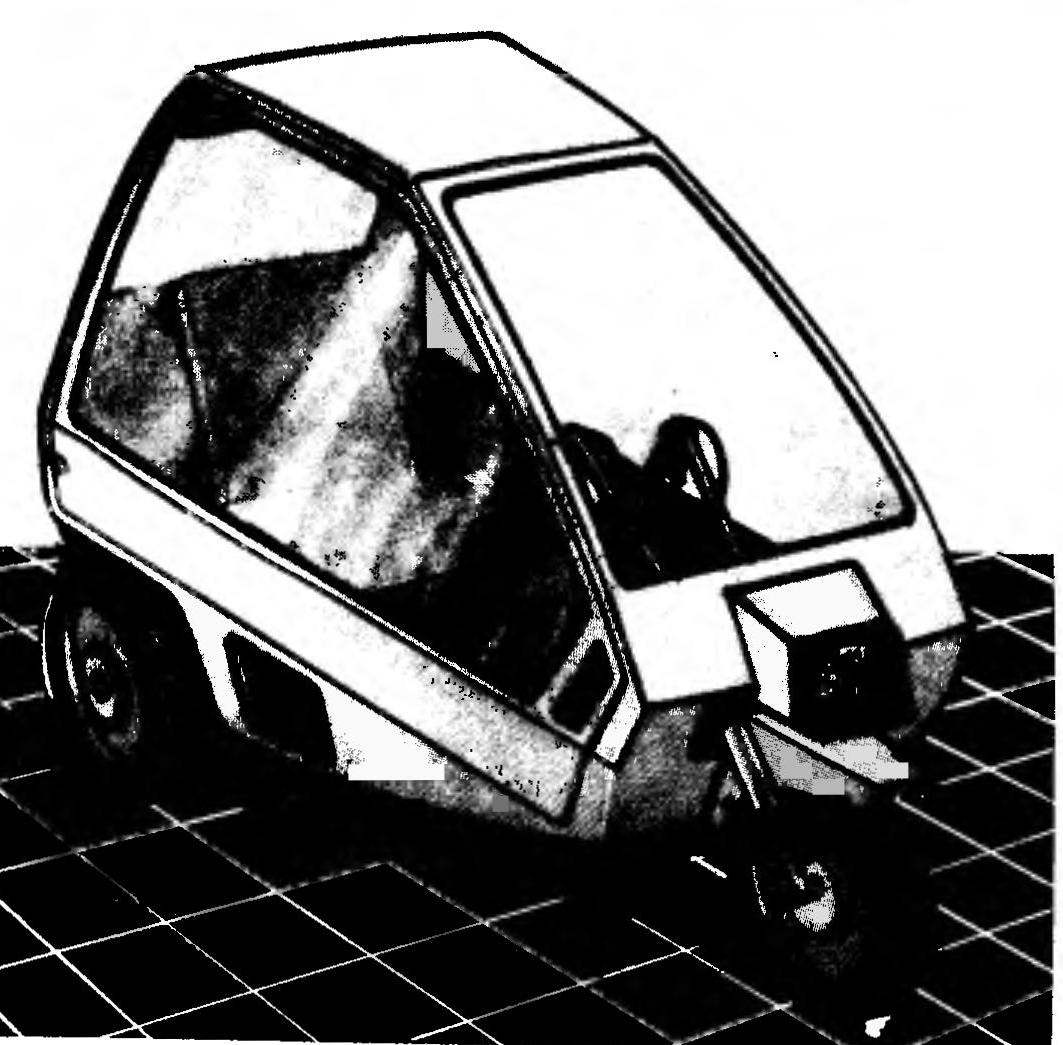 Easy tricycle Lama, apparently, ‘ will be the perfect means of transport for many — including for people who have lost mobility, deprived of the ability to walk normally. It is stable, develops a moderate speed — up to 30 km/h, and its one door body, made with simplified technology, well protects the driver from the vagaries of the weather. But most importantly — mokik with the engine up to 50 cm 3 and such a low speed in accordance with the rules of the road vehicle is not, and therefore can be made without a license and without registration in GAI.,

A few words about the car in General. The power unit of the “three-Kolesky” — engine type B-SO (V-501), which are equipped makiki “Carpathians”, “Riga”, “Mini-mokiki” and other “heavy” mopeds. The application of this motor due to its relatively high (2.2 p. p.) capacity, availability of two-speed transmissions and starting devices — kick-starter, which you can use from the comfort of the machine, easily start the engine. The frame is welded from steel tubing, and the bodywork is of mixed construction (wood and fiberglass), equipped with one door on the right side. The design of mokiki widely used purchased components and assemblies from the production of mopeds.
The work lo the machine suggest to start with the frame. First of all it is necessary to select the materials, in particular thin-walled tubes with an outside diameter of 34 mm .and 22 mm as well as sheet steel of thickness 2.5—3 mm. For the frame you will also need the front fork from almost any scooter — 4 for example, from “Riga”.
The first step in creating frame — manufacturer Plaza. On a large sheet of plywood it is necessary to depict the side and plan projections of the frame in accordance with the drawing. Defining the length of the blanks, proceed to the second stage. The elements of the frame should be bent at the bending, filling the billet in a dry, well-sifted sand, compacting it by tapping the pipe. When working, use the simplest parts of the templates cut from plywood in accordance with angles defined lesom. In the process, continually monitor yourself, putting the billet to the Plaza and measuring bend angles. Fit another junction, this pre-tie a couple of tubes mild steel wire, which in one tube it is possible to drill technological hole. When therefore all elements of the frame will be fitted to each other, it is possible to start welding.
Welding is best done in two stages. First, one or two “points” prihvatyvaya each joint, then the frame is carefully inspected for symmetry, absence of distortions, the appropriate size and, if necessary, and dressed, and then carefully boil all the joints. 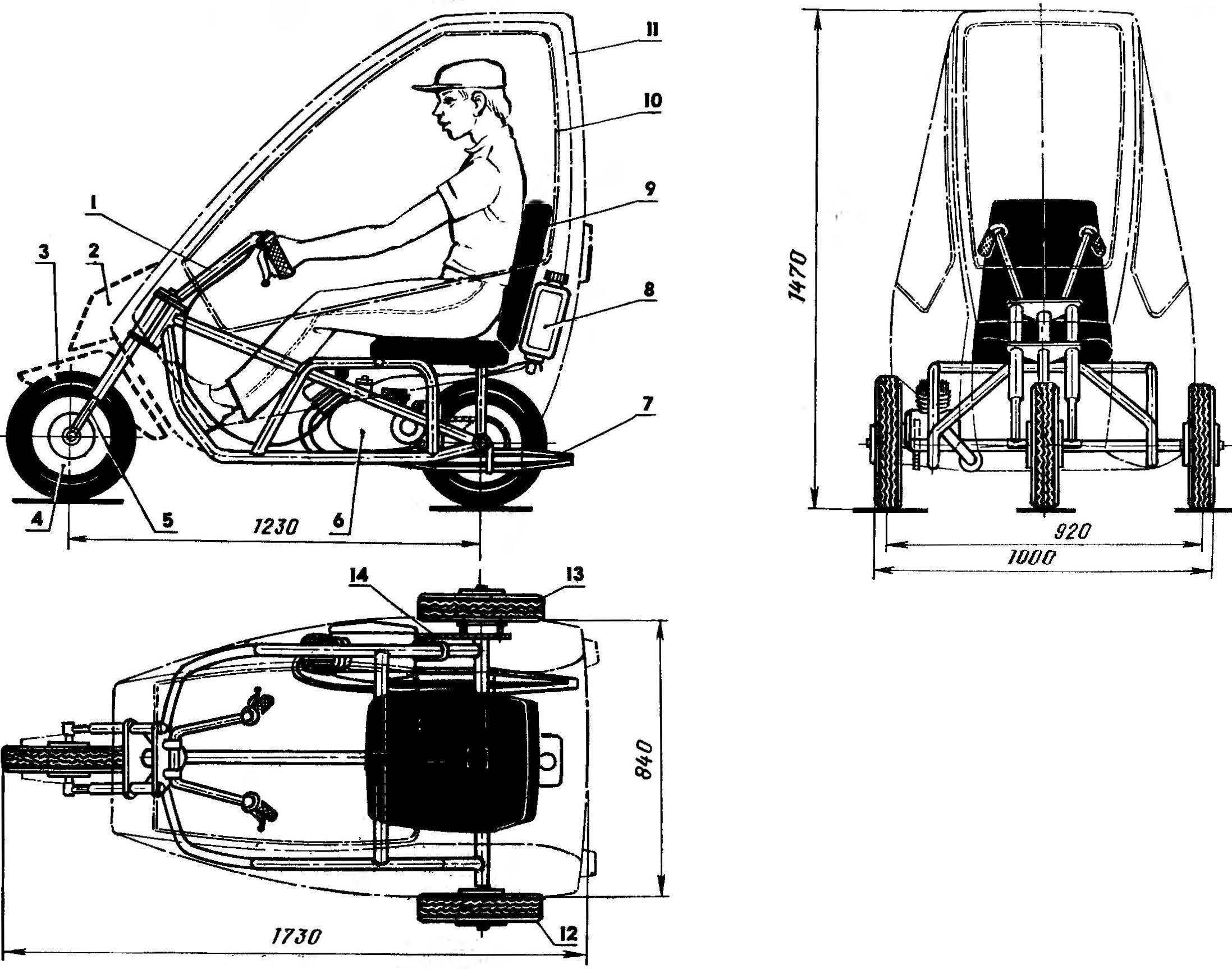 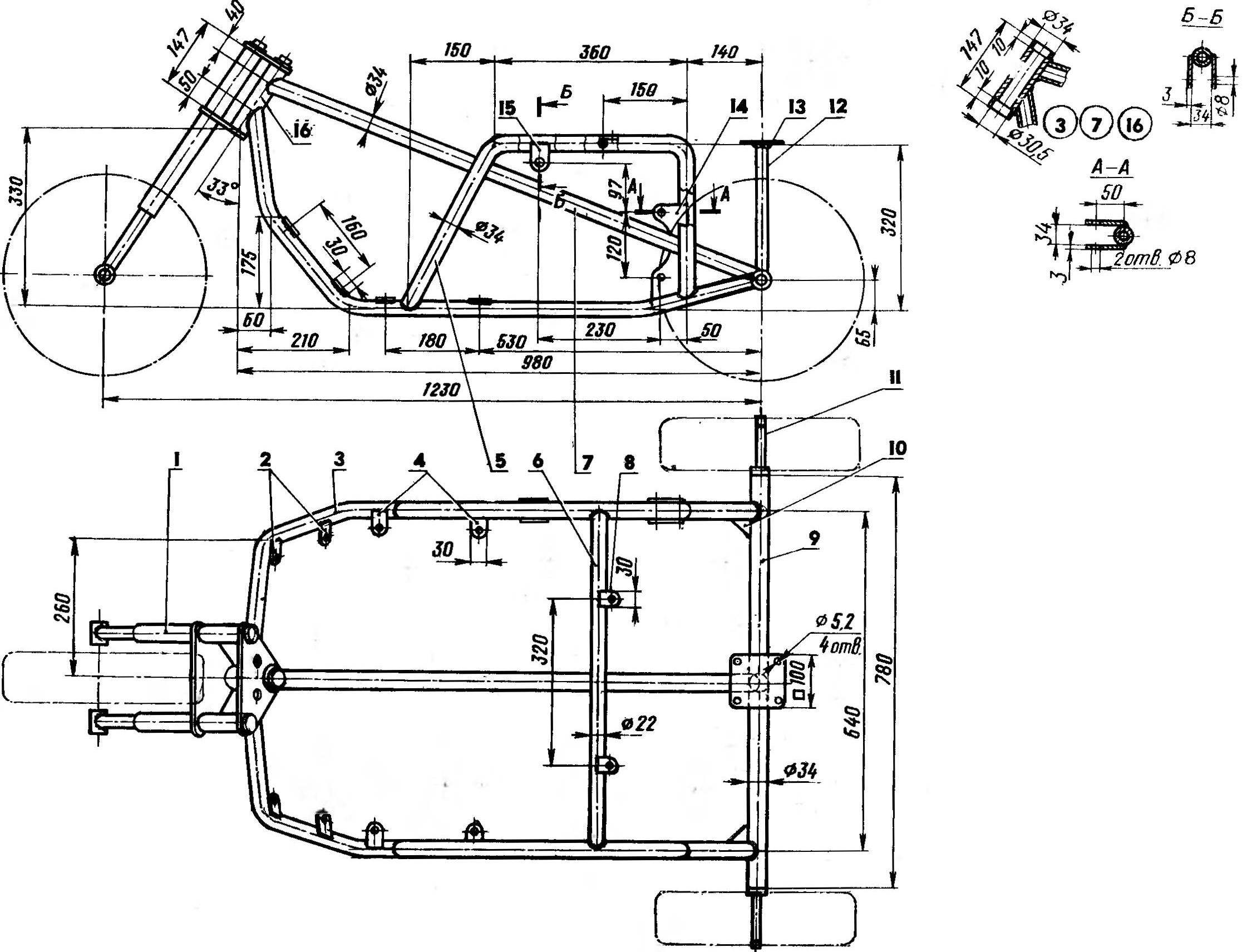 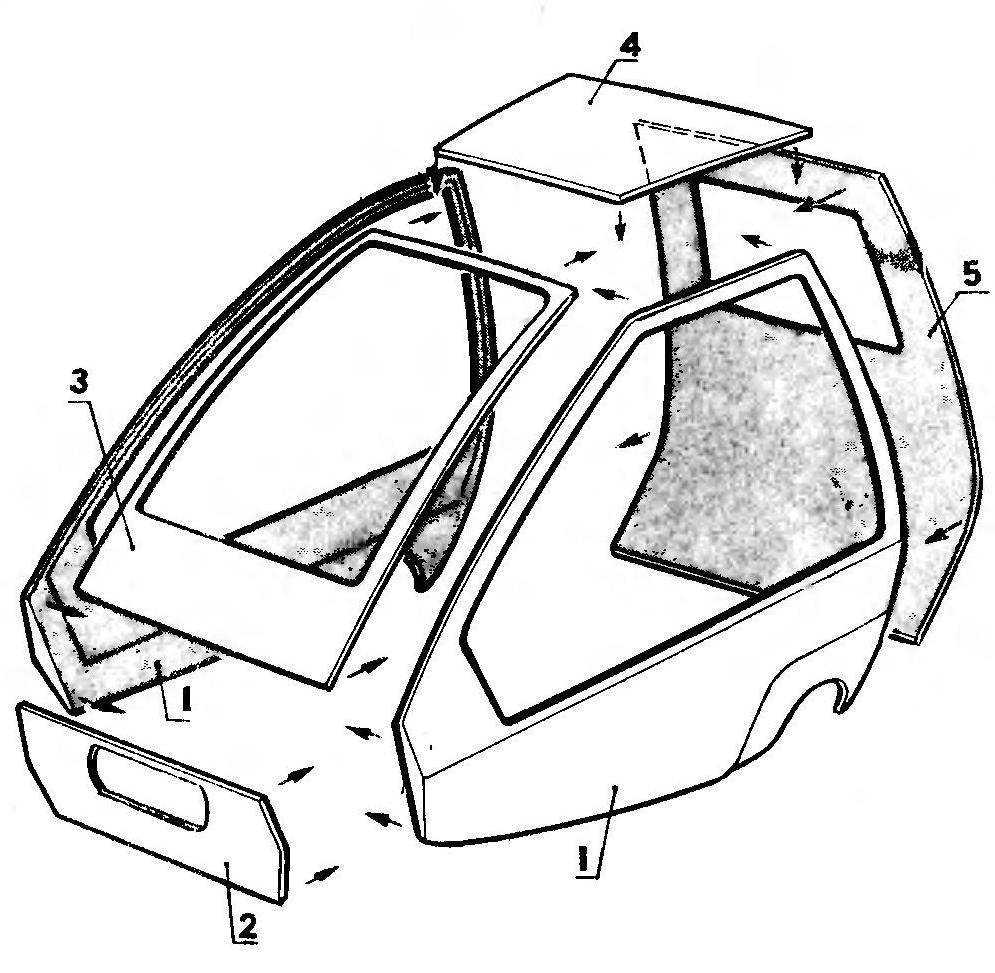 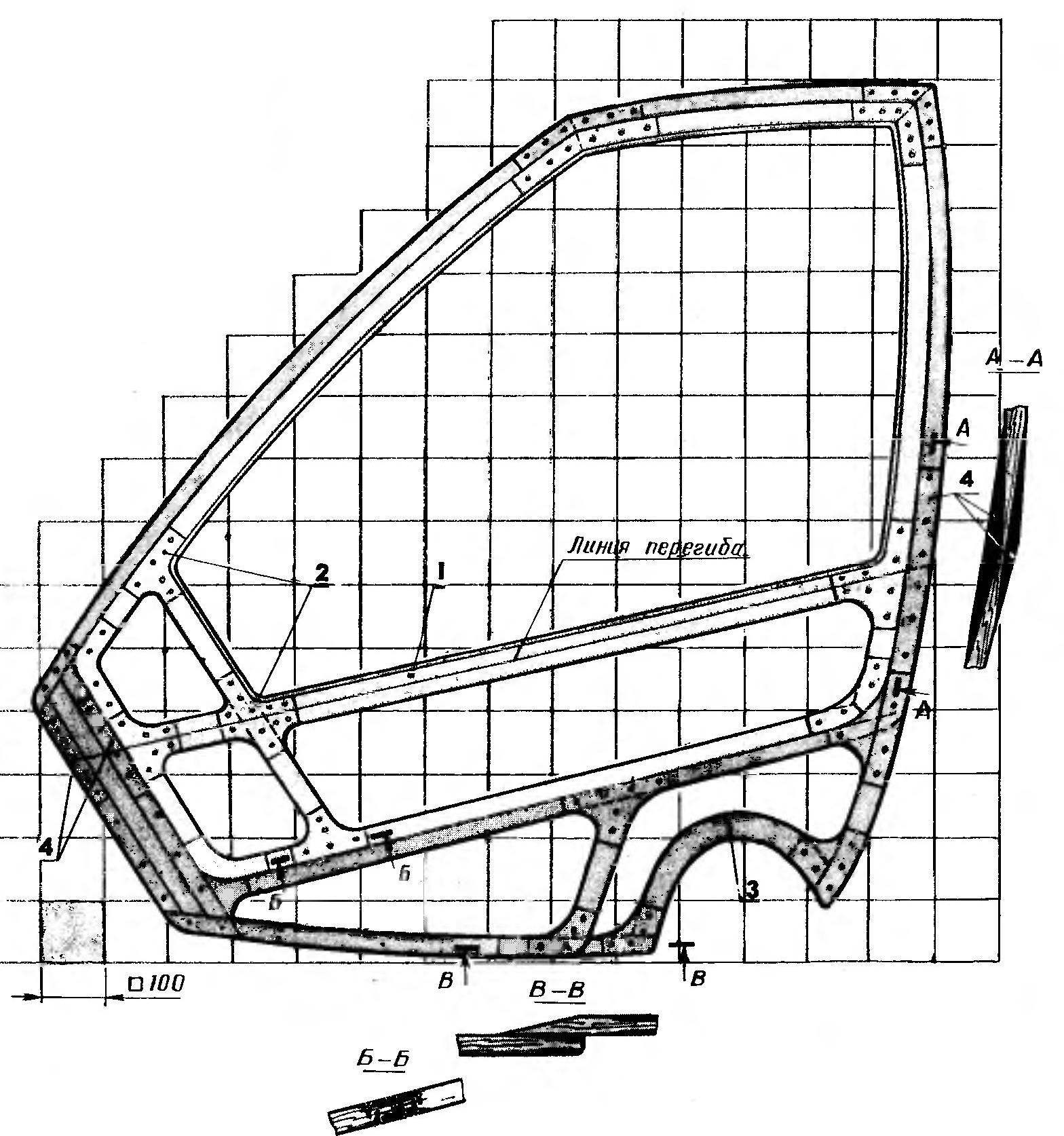