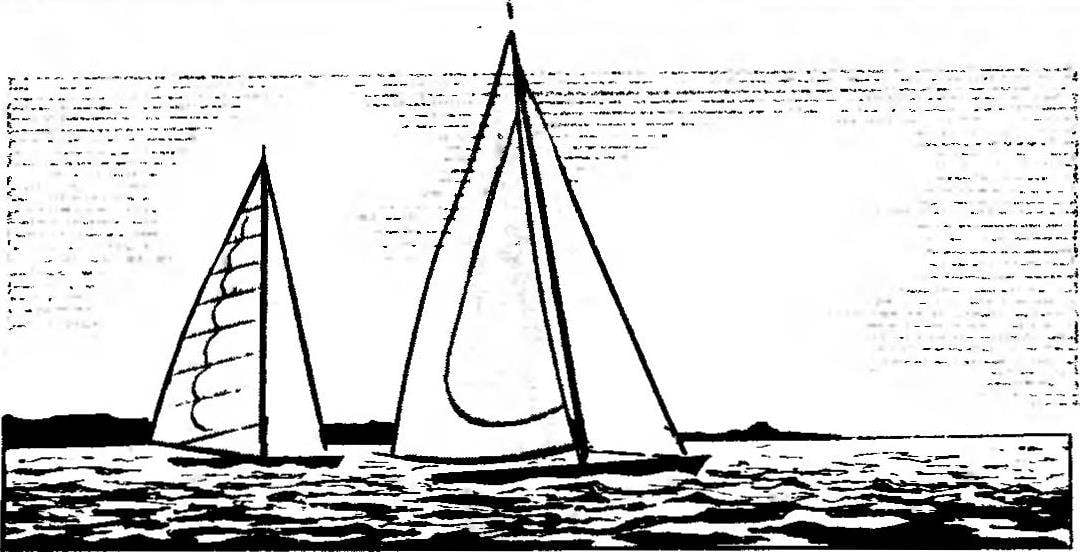 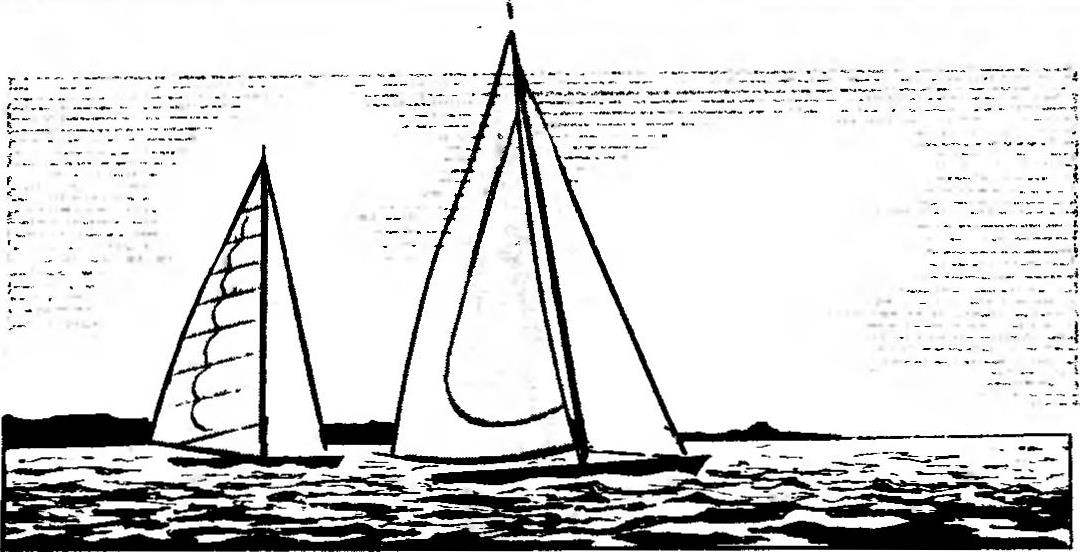 For millennia sail faithfully serve the people, helping them overcome the seas and oceans. But under the onslaught of steam and electricity, he had to concede the monopoly of the single marine propulsion. There was a period when the sails almost disappeared from the water expanses. And still thirst for romance, the desire to test their strength in single combat with the wind and waves in the soul of man died.

Perhaps that is why in our days, sail is experiencing a Renaissance. Now the scope of it is broad: it includes sport yachts from small racing dinghies to large ocean cruisers, on its high-speed qualities of superior the famous tea clipper the last century; and RC model made from modern “aerospace” materials serving as a kind of floating laboratory for testing new technical solutions; and auxiliary sailing rig for rowing and motor boats, expanding their capabilities; and new classes of tourist kayaks, catamarans and rafts, which use sails allows you to access the open expanses of large lakes and reservoirs.
The technological revolution did not leave without attention the sail. Its optimal form, methods of cutting and design are selected on the basis of complex calculations carried out with the use of computers. Often sails sports boats are blown down in wind tunnels. Created new synthetic materials with fantastic durability. For example, used for sewing sails of racing yachts fiber “Kevlar” has a three times greater tensile strength than steel. 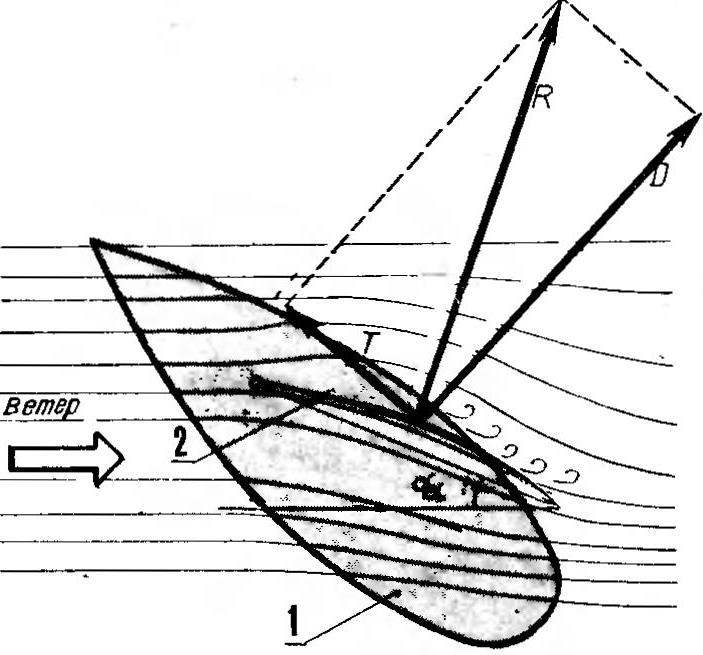 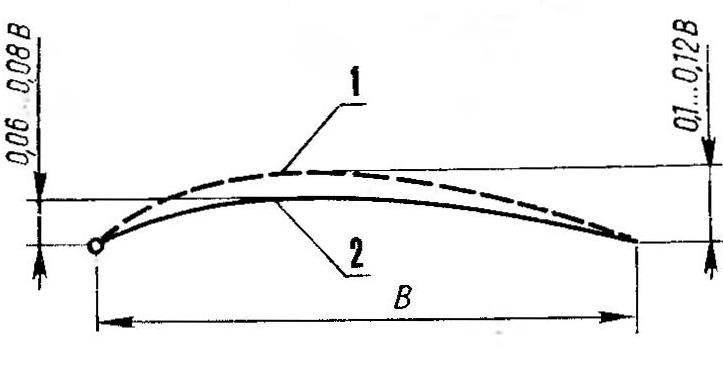 Fig. 2 optimal profile of the sail depending on the wind strength:
1 — for a weak wind, 2 — for a strong wind; the width of the sail. 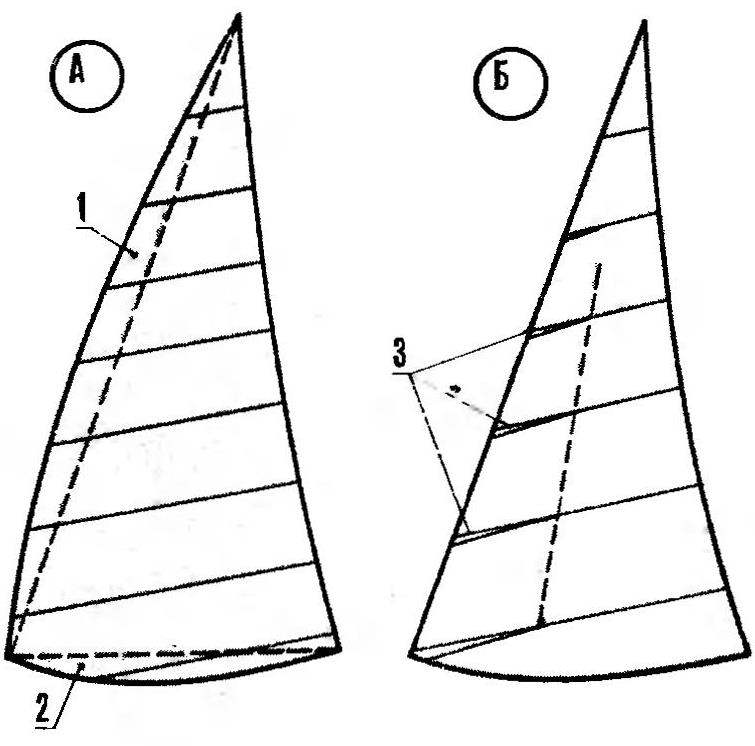 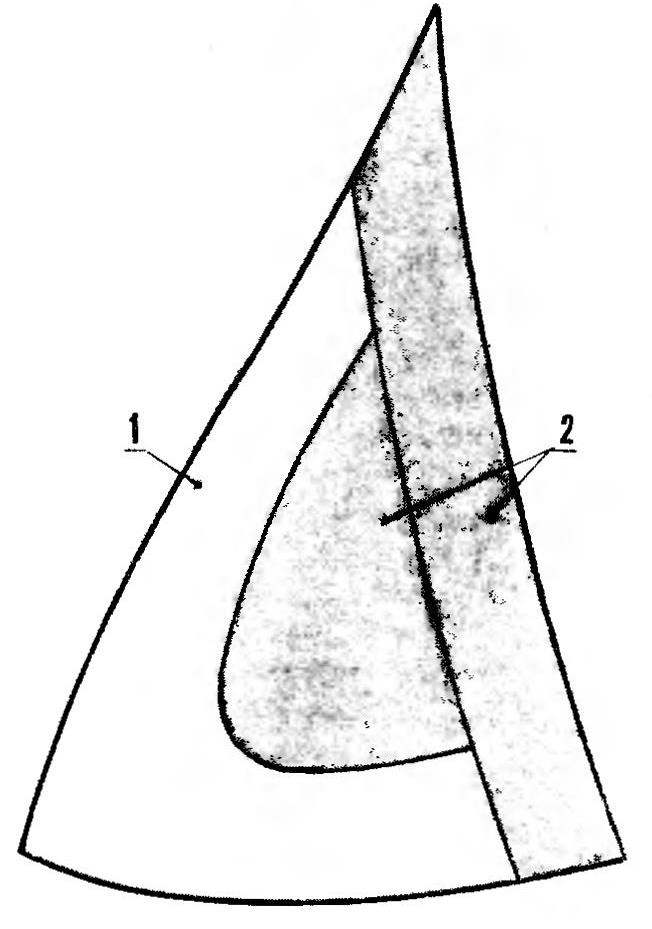 Fig. 4. Conventional scheme “plug and play” sails:
1 — the area that needs to be easily expandable, 2 — area, which must be non-deformable.
But perhaps the most interesting and useful for practical applications was the appearance of the sails, automatically tuning to specific wind conditions. Their design has the remarkable property that a change in wind strength, the sail changes shape independently so that to provide maximum efficiency to reflect the new conditions.
Before we can understand how this is achieved, and to determine the principle of “plug and play” sails, remember how normal sail. To installed at a certain angle to the wind direction flag, a force of pressure, which moves the ship forward. The flow of air, meeting on the way the sail and encountering its windward part, pressuring her; on the leeward side forming a vacuum. Pressure on windward and negative pressure from the Lee side are formed in a resultant force R directed approximately perpendicular to the plane of the sail. This force rule of the parallelogram can be decomposed into two components, respectively in the direction of movement of the yacht and perpendicular to it. The force T that pulls the ship in the direction of movement is called thrust. Force D causes the demolition of the vessel in the direction of (drift) and is therefore called force drift. Despite the fact that the force of drift is usually a significant amount compared to the force of thrust, sailing boats move forward because of their resistance in the longitudinal direction is many times smaller than the transverse. Obviously, it is necessary to comprehensively seek to increase the thrust and decrease the power of drift, causing the roll of the ship and its demolition in the wind reduces the speed of progress in the right direction.
The amount and balance of forces of traction and drift is determined mainly by the angle of attack of the sail and its profile. To ensure that this ratio was optimal, it is necessary that the profile of the sail consistent with the data of wind conditions (Fig. 9). In light winds it is better to pull more bellied the sails, the profile with maximum 10…12%. However, with the wind rapidly increases the strength of the drift, and the speed of the vessel decreases. In this case, the more effective are flat sails with a relative profile 6…8%.
Profiling of the sails is created, typically a special cut curves (convex) front and bottom of scatterin; this curvature is called “hammer” (see Fig. For). Set on a straight mast or forestay, these luff, straightening and create a “pot-bellied” shape of the sail. Another way to get a profile of the device is wedge-shaped bookmarks (tucks) at the seams luff point (Fig. 36). In practice, often use a combination of the two.
The main drawback of such a conventional sail is that its profile is best suited only for a certain wind. But the wind is never constant! Therefore with its strengthening in the sail are multiplied voltage. Naturally, the fabric is stretched and the “belly” of the sail increases. But this is the opposite of what we would like to have. So when a fresh wind to reduce roll and drift of the yacht had to change the sail on the most flat. But with a weak again you have to put “tubby”, has the best traction characteristics.
How to make the same sail could work optimally in a wide range of wind strength, becoming more flat at its full strengthening and weakening!
This problem is in principle solvable. Take as a simplified model of part of a spherical surface and see how it is possible to reduce its curvature. Obviously, this significantly stretching its edges and leaving the Central part unchanged. So, lesson number one — middle of the sail must be made of non-stretchable hard fabric, and the foot — lighter. Then, stretching under load, they will allow the sail to get a more flat shape. In practice, lightweight, deformable tissues are made from only the front and bottom of foot. Back increase, as along it are effort. Figure 4 shows a schematic diagram of the “plug and play” sails, which strengthened the Central part and rear part. 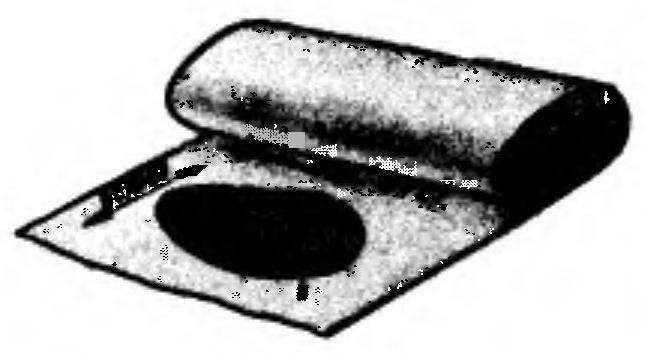 R and S. 5. Diagram of the structure of the fabric for making sails. 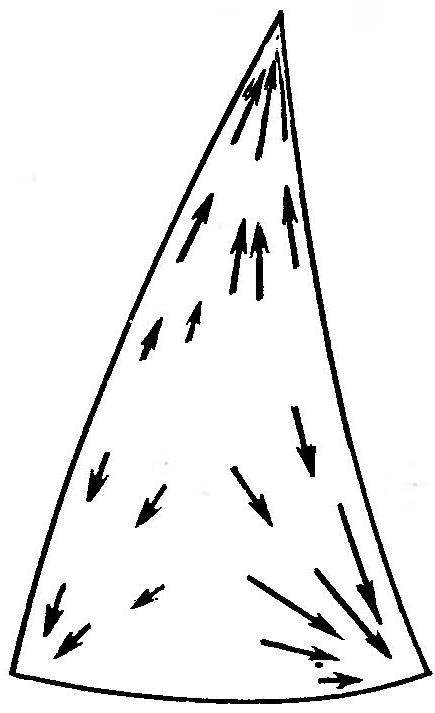 R and S. 6. The character of distribution of stresses in the cloth of the sail (the sizes of the arrows correspond to the magnitude of the stresses). 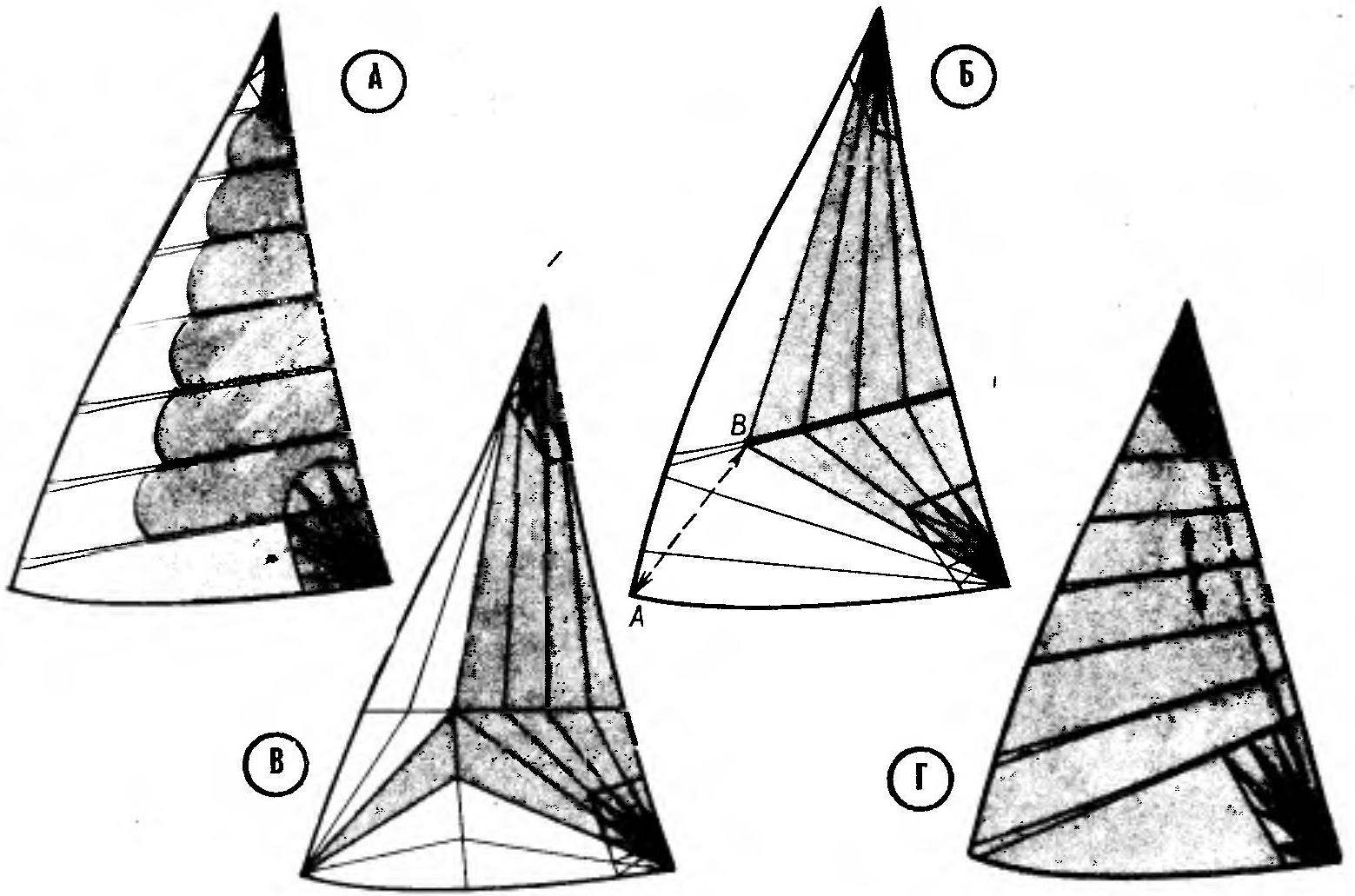 Fig. 7. “Plug and play” sails:
And — “Genoa-compensator”, B — radial cut sail, — sail “treedialog” casual, G — sail design V. Skachkova.
Very important factors influencing the design of the sails, are the material properties and the nature of the emerging stresses. The fabric consists of longitudinal threads (warp) interwoven with them perpendicular (duck). Technological requirements for the basics apply to most thick and strong threads, so the strength of the fabric in the longitudinal direction greater than a transverse. And to a lesser extent the fabric is able to withstand the tensile diagonal. Accordingly, the cutting material should be carried out so that the warp threads lying along the pine of the maximum stresses. And where the fabric needs to stretch, it is advisable to place the cloth so that efforts were directed diagonally to the base.
The first practical embodiment of the ideas of “plug and play” sails was the establishment in the mid 1970-ies the so-called “Genoa-compensator” (Fig. 7a). The front and bottom of foot she is made of light fabric and the remainder of the heavier (or double layer). Pair of fabric panels with different stiffness are made along the radius to reduce emerging local stress. Profiling sails made in the traditional way — sickles on Katarina and bookmarks and the luff.
Further experimentation led to the creation of sails the “radial” style. They have cloth fabric located along the radii coming out of the Shkotovo and head points of the angles, that is, are lines of maximum stress. It is possible to obtain “self-adjusting” sails, having not only an excellent universal characteristics, but also dramatically reduces weight. The sail is radial cut by about 30…40% lighter than traditional, have the same strength. However, his profile is somewhat more complicated: by positioning the tabs along the Central transverse seam in the front part of the lower panels, as well as device sickles by Katarina.
Although these sails in performance significantly superior to traditional, but they are not without drawbacks. Perhaps the most serious of which is the stretching of the line AB (see Fig. 76). This causes an increase in profile under the influence of large loads and in the end it negates the benefits. To avoid such problems, it was suggested that along the line AB. to put a wedge of hard, non-stretchable fabric coming out of the tack corner. Thus, clearly recorded by the middle of the sail and there is a good opportunity to vary the profile of the sail depending on the wind vultures. Because of the cloth fabric are arranged along the radii coming out from all three angles, this style is called “treedialog” (see Fig. 7b). First sail of this type appeared during the preparation for the competition for the America’s Cup, held in the Australian city of Perth in late 1986 — early 1987. They were so effective that within a year a similar method, the cover has become a major racing vessels, especially sea cruising yacht. To sew a sail is difficult. The profile is provided by the special radial cut sheets which have a small curvature of the sides. And here should be accurate to 1 mm and above. Therefore, pristupov to experiment with “triadically” sails, be prepared for a long search and failures.
Much easier and more convenient to use another method of cutting proposed three decade ago, the Soviet sailing master V. Skachkova. He was subsequently unjustly forgotten, until in the late 1970-ies it is not the Americans have used when sewing sails yacht”dvenadtsatiminutke”. The essence of this method lies in the fact that cloth fabric are not perpendicular to a straight line connecting flowy and sheet corners as it is with traditional sails, and some concave curve (shown in figure 7G the dotted line). The deflection of this curve should be within the S…6% of the length of the rear foot. They are determined experimentally depending on the properties of the fabric. When the wind picks up and a larger rear luff tension of the weft thread positioned parallel to the concave curve will tend to stretch and thus pull back the “flesh” of the sail, to make it more flat. Profiled sail in the usual ways — device sickles by katarinam and bookmarks at the seams.
These are the main principles of “self-tuning” of the sails and some General features of their design and cutting. To give more specific recommendations is impossible, since a very large role have properties of fabric, dimensions and purpose of the vessel, characteristics of the mast, operating conditions, etc. to Find the optimal cutting is possible only as a result of research and experimentation. In this way, the inevitable setbacks. The main thing is persistence and perseverance, and then you will be able to sail, which will be much stronger, lighter and more durable than traditional and will have universal properties, significantly expanding its scope.
V. MURNIKOV