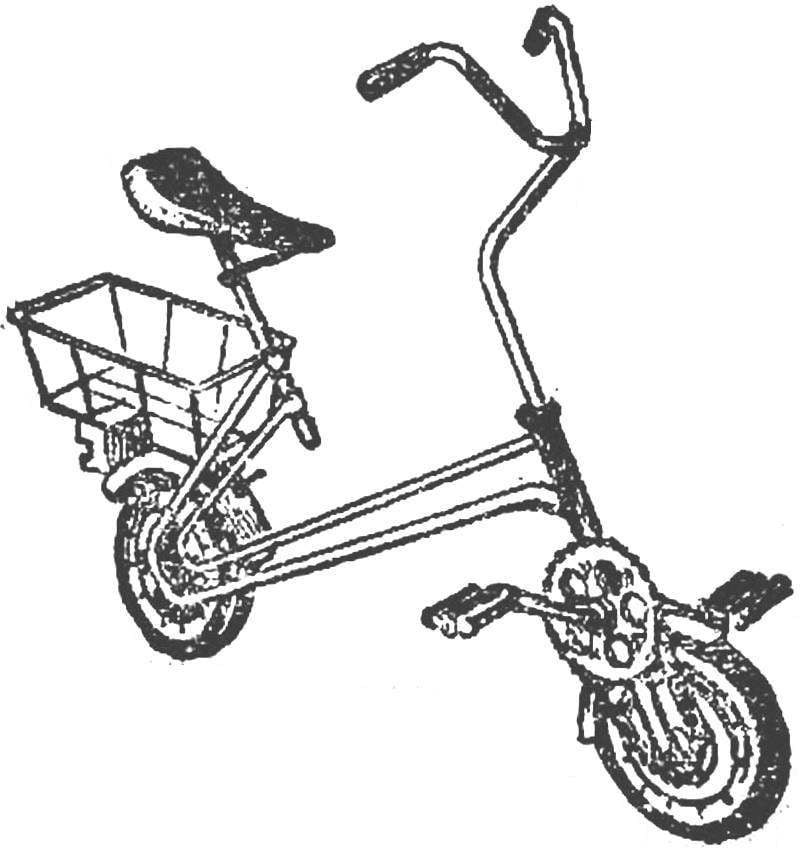 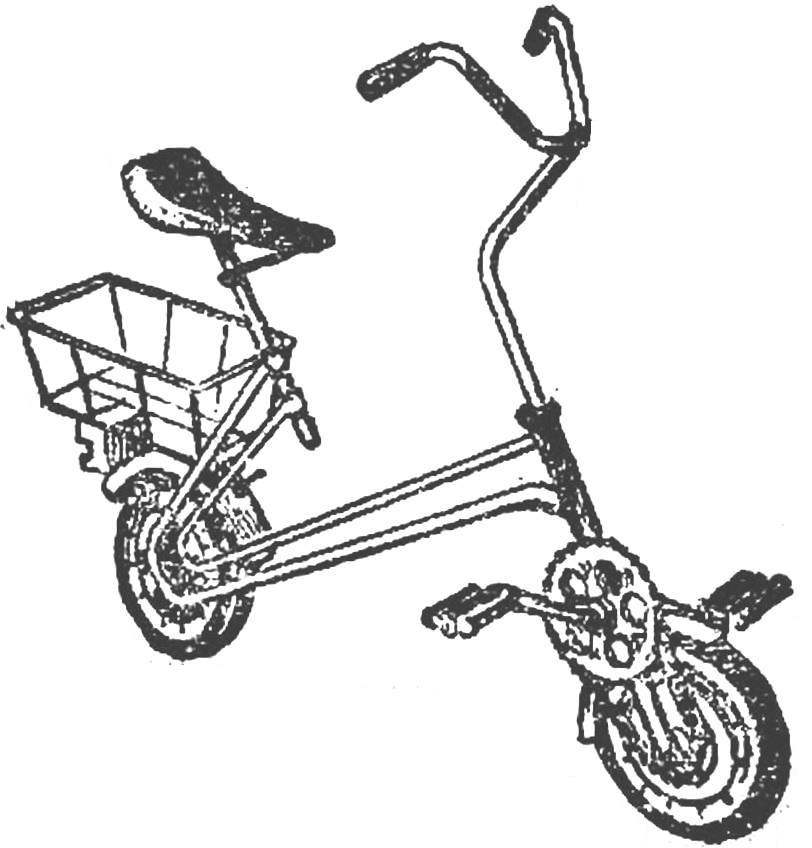 What do you notice? They again begin the dog more likely to catch the eye in the yards, on the streets of cities and towns, rural roads — nimble and fast two-wheeled machine with silver spokes. One time, at least in large cities — bikes were everywhere and, it seemed, irrevocably supplanted by multiplying by leaps and bounds with cars. Played a role and decreasing size of modern apartments. But the architects revised the plan, added to the rooms, balconies and loggias, and the designers created a folding bikes — and as a result today we can talk about the revival of popularity of this individual mode of transport.
Even in our age of motorized what kid does not dream about the bike! However, the last time a cherished childhood dream attracted very close attention and adults — doctors, sociologists, designers. The doctors see in the muscle transportation an effective remedy against the inactivity of modern man, especially children, most of the time spend at the Desk and at the TV. Scientists, concerned about the growing pollution of the atmosphere, nourish the hope that it would decrease with the increase in the use of the townspeople bike instead of a car for trips on small distances. In the cities of the GDR, Hungary, Czechoslovakia laid for that bike paths often do not intersect with lines of vehicles. This began in our country: “Cycling” in the city of šiauliai in Lithuania; made the room, replaced by two-wheeled transport, cars on the streets of the capital of Kyrgyzstan Frunze.
Designers are also rediscovering the exciting field of technical creativity, creating new bikes in various CB and Amateur conditions. There is an intense search for the most rational schemes, a new type of transport equipment — pedal cars. Even being development with space sight: not so long ago patented design four wheel velocipede for lunar conditions; the conviction of the inventor, the most convenient and reliable there will be a simple transport with a muscular drive.
see, not outdated bike, and the skeptical adage that there is nothing, they say, is to invent it. Because the classical design on closer examination turns out to be full not yet opened reserves. 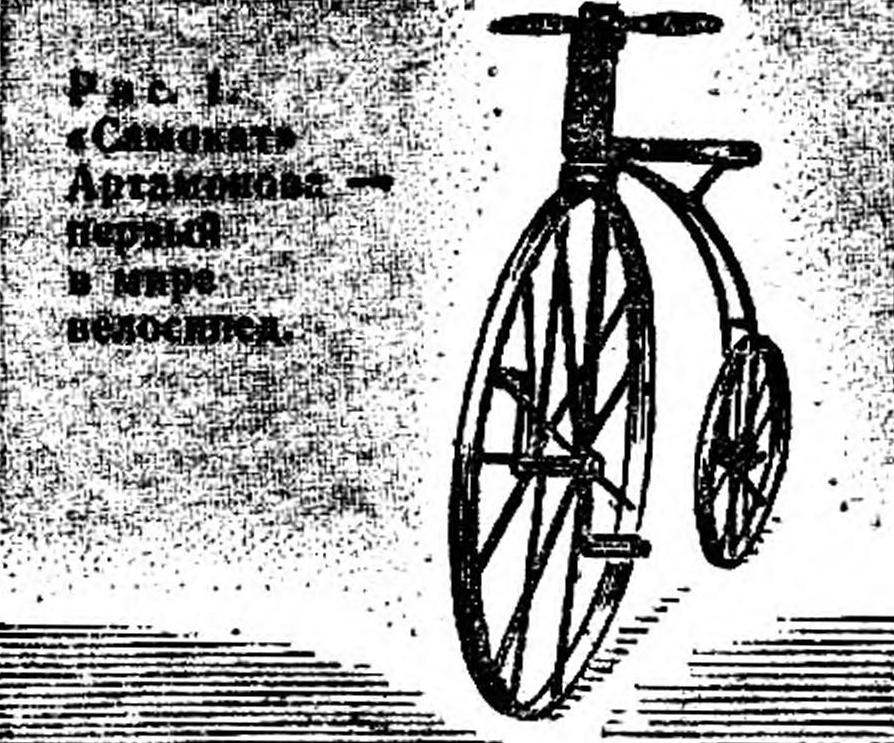 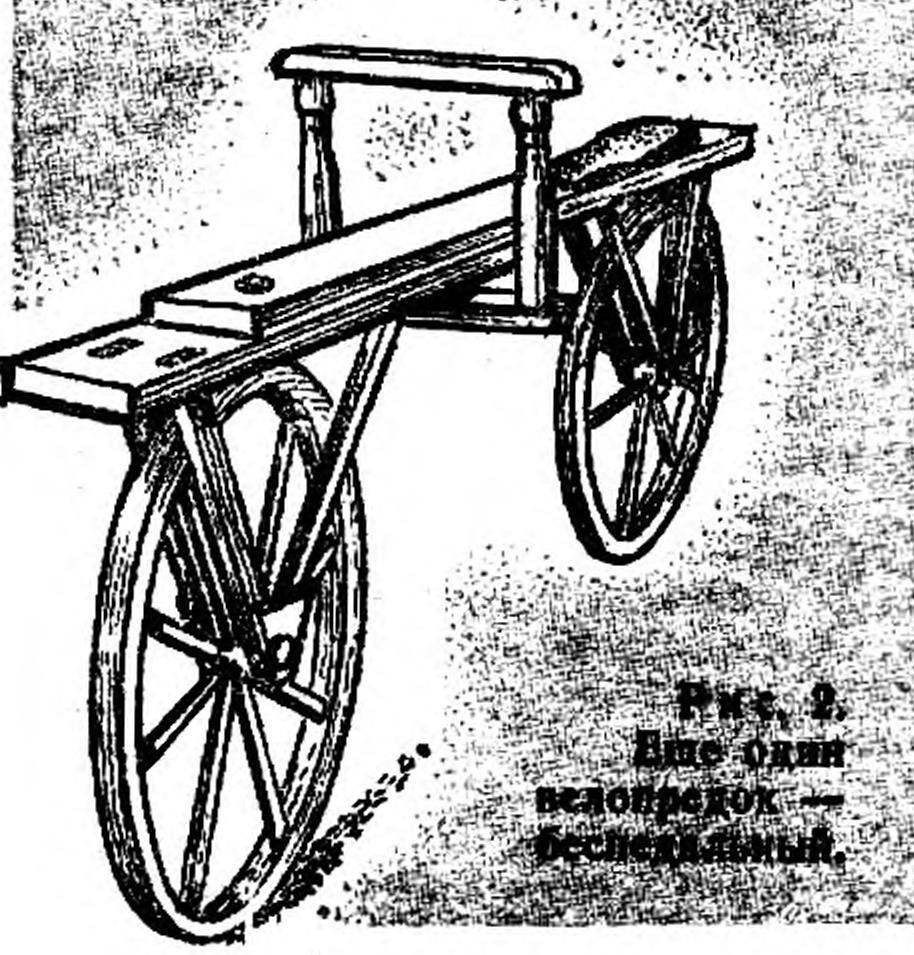 In the history of transport bike belong at all to the most amazing and mysterious of the page. Judge for yourself: if a prototype of the car was the carriage (even the engine power measured in horsepower), which was the predecessor of the two-wheeled machine? Russian-born 184 years ago iron “scooter” Ural serf Efim Artamonov initially had all the basic components inherent in the bike: spoked wheels, frame, saddle, handlebar, pedals. Interestingly, two of the last element was absent in the likes of wood, which appeared in Europe since nearly a decade late. It will take them another sixty more years before there the “boneshaker”, more like a sawed-off side of the cart will look like on your bike Russian craftsmen, the advantages of the design which shows the journey from the Urals to St. Petersburg and back, done on it by the inventor.
MOP the miracle machine is demonstrated at the Polytechnic Museum in Moscow, which this month opened an exhibition of two-wheel vehicles, dedicated to the 50th anniversary of the first Soviet bike, released the Kharkov plant. There is also a special stand devoted to the journal “modelist-Konstruktor”, or to those machines of his readers that a keen Amateur designing unusual bikes.
In short, the invention of wheeled vehicles with silver spokes continues. This is attested to by the frequent meetings at the editorial enthusiasts muscle of transport and numerous letters from supporters of the industries.
FOLDABLE, COLLAPSIBLE
Improving existing bike often starts small. Someone closes the circuit of improvised safety guard. Else do the leg-support, like a motorcycle. Third cut front fender, at the same time increase its rubber band: this mudguard from dirt protect, and not get caught when moving through an obstacle. A fourteen-year-old Sergey Pimenov from Sarapul didn’t like the plastic grips scrolled — he put them on oil paint. And the head of the generator supplying the bulbs, wrapped with a piece of rubber pad ski bindings — improved grip the wheel, even with wet or with a small “eight”.
The emergence of folding bikes, has given impetus to the modernization of the old models, in order to give them the same benefits. That’s how the simplest way decided to undertake this task, our reader I. Pogorelov from the village Kommayak Stavropol region. Without further ADO, he cut the top n bottom tube of the frame, and the other, older, frames had prepared two connecting spacer length 200 mm, cut from the bottom tube of the second frame became a bushing for the upper connector, and cut the top of the pipe connecting insert the bottom connector. Moreover, the mating parts are joined so tightly that the author develop this connection without any additional retainers dared to drive on a country road about 30 km to Find that the lower joint broke after 40 mm, drilled through holes I inserted the pins from the old spokes” the same is done with the upper joint. Portable machine herds in storage now take up half as much space.
However, the owners of industrial designs folding Bicycle-type “gums” or “Kama” are also looking for opportunities to improve design, seeking to combine in them the dignity of older models, such as the large wheels, with new advantages, mainly related to convenience of storage or transportation in other modes of transport.
So, the constructor of the Kharkov plant of refrigeration equipment V. Zasyadko thinks that there should be two types of folding bikes. One with driving characteristics of a normal road, at the same time compact enough for keeping in the apartment. The second — most portable when folded, do not differ from hand Luggage and fit in the trunk, in the automatic Luggage storage. 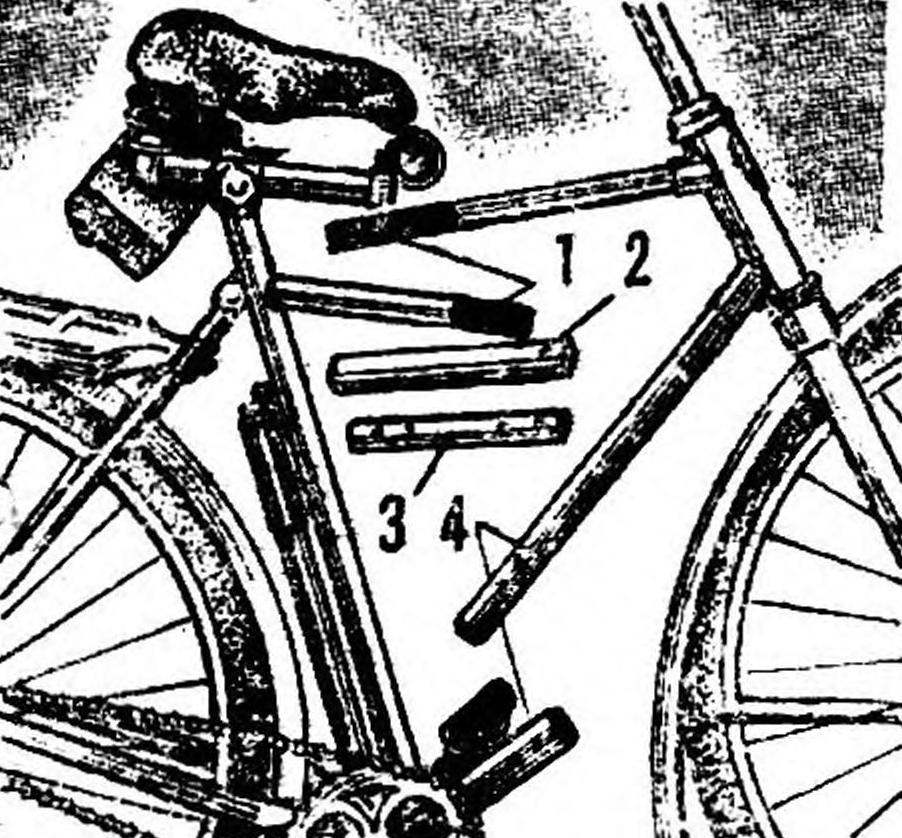 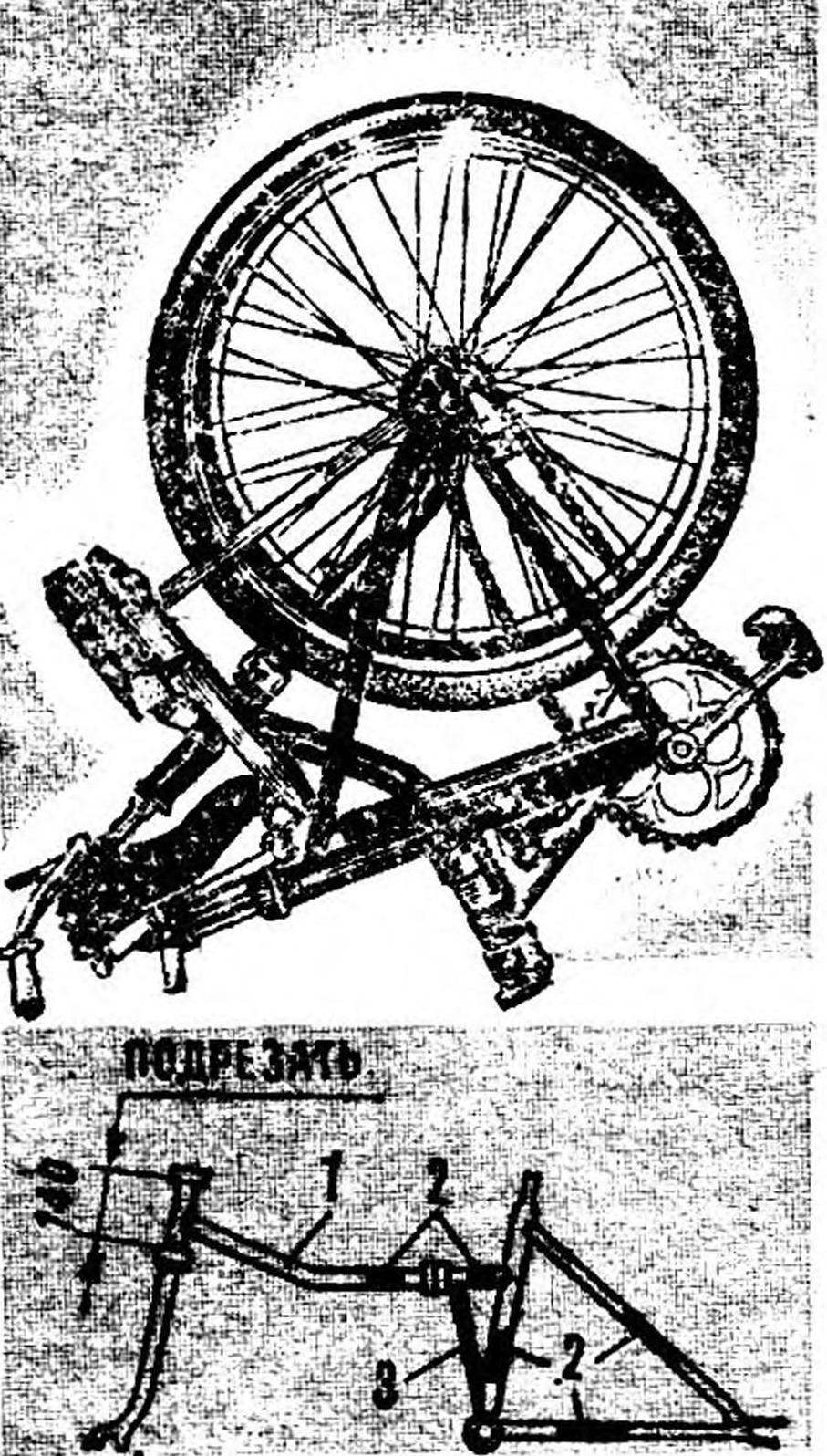 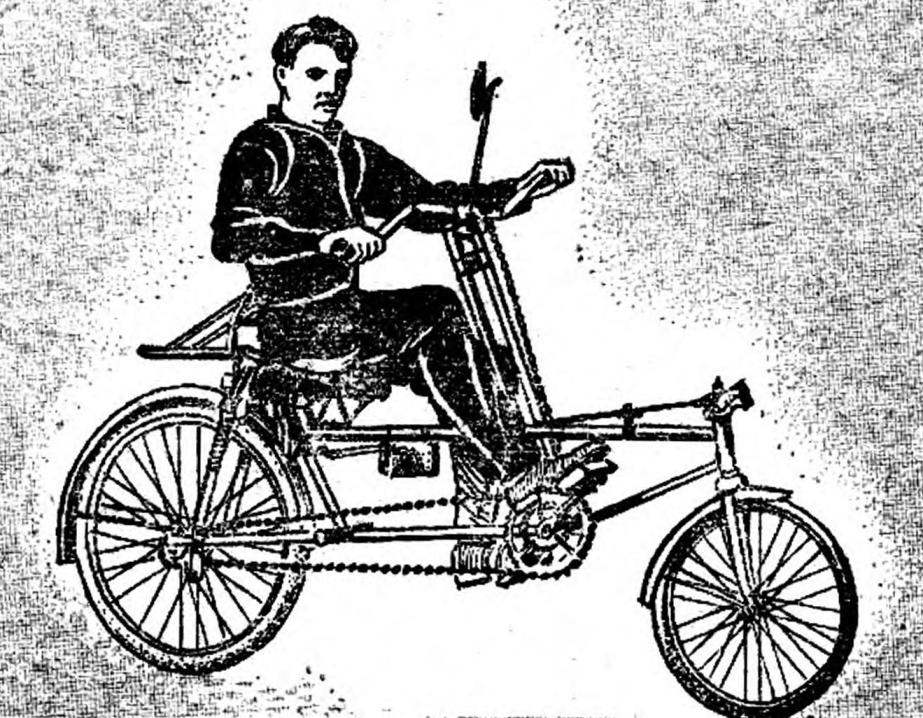 Fig. 5. The Bicycle without a wheel:
control the front wheel by tilting the torso. 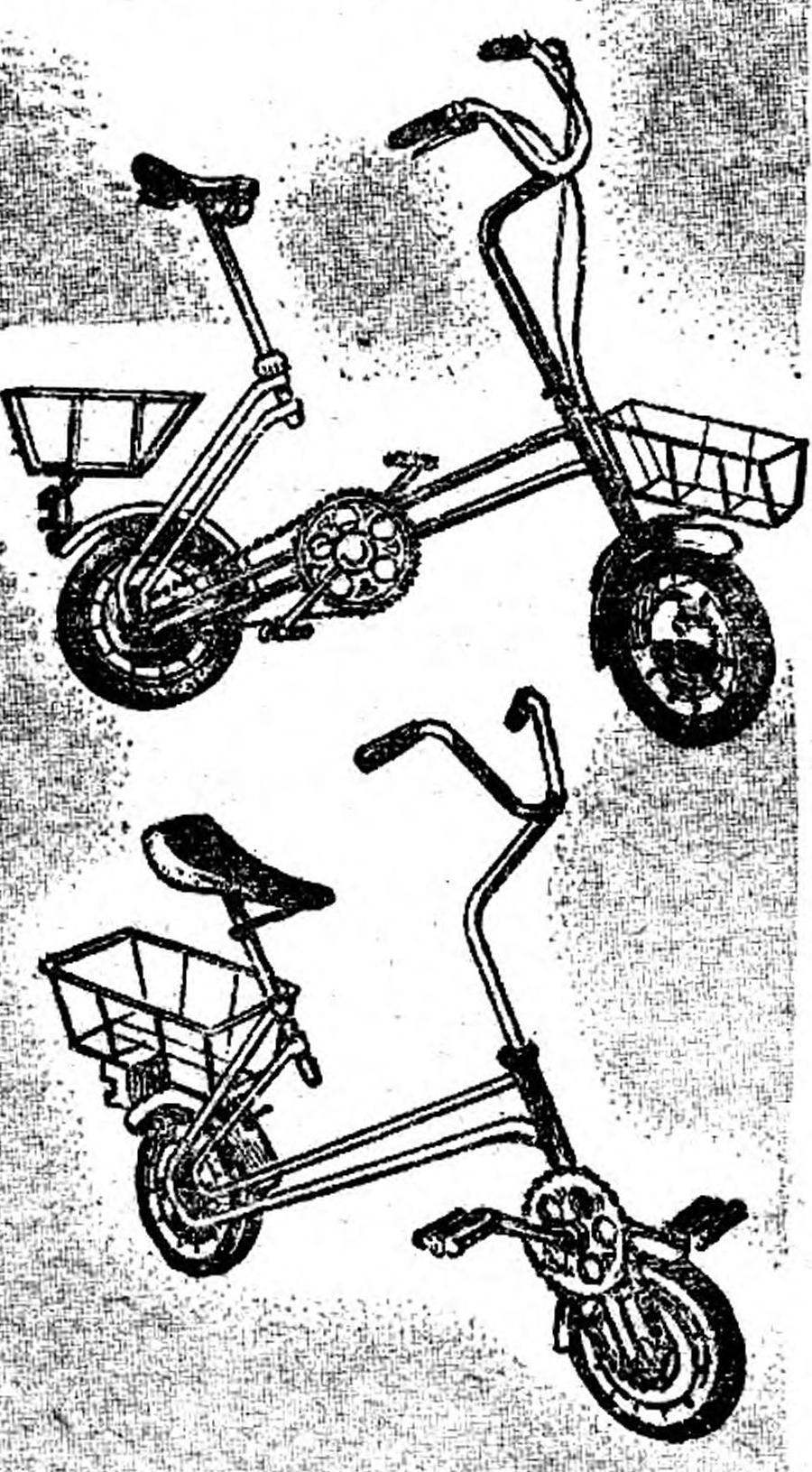 Fig. 6. Two options of teenage microlaserpeel: with the rear and front actuators. 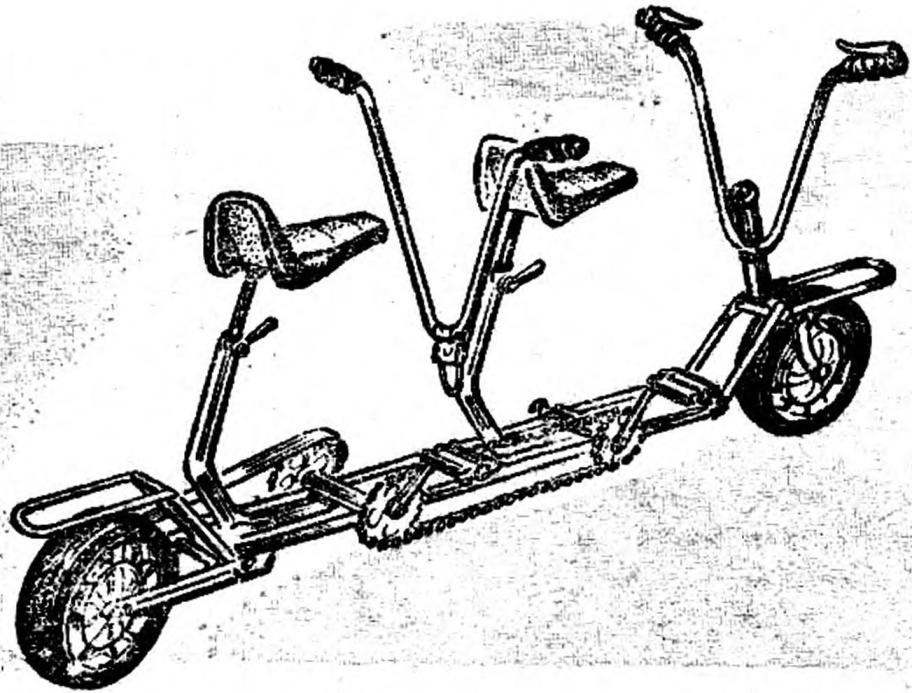 Fig. 7. Children’s tandem bike frame
Based on the frame of the Bicycle “Desna-2”, V. Zasyadko developed a folding machine using the “best-selling” wheel Ø 28″ and most Parts road bike. This length had to weld it in several places of the frame extension insert and the brace — to increase the rigidity of the stringers. The steering wheel is taken from the “Eaglet”, but narrowed down to 540 mm between the handles, also made detachable for portability. The saddle got a “wing” tightness of the clamp that facilitates rotation of the seat when folding. In addition, a detachable and adjustable on the connecting rod left pedal. This bike is a hybrid on the fly is not inferior to the road, and folded, supplied with a support on the lock frame and when rotated the saddle, covers an area even somewhat smaller than the “gums”.
Muscovite K. Shitikov arrived in edition to the upgraded folding them the “Salute”, more like a sport. It is no coincidence, because the goal of the development was put to improve performance. On the rear wheel set nut from a bike “Sport” with four stars; it’s borrowed double sprocket, derailleurs, pedals cranks, front and rear brakes and the steering wheel; wires from the bike. The wheels remained standard, an attempt to use a bigger size the desired effect is not given. These innovations introduced into the structure without any major modifications: advanced was made only pads for fixing the brakes and the hook to install a “back super”. Held on the square near the new office building of impromptu tests showed the excellent handling characteristics of the resulting vosmichastny machine.
HOW MANY WHEELS?
After one of the publications of our magazine devoted to unusual bicycles, the editors received a letter from a young reader Gennady Bouton from the town of Krasny Luch, Voroshilovgrad region. “Dear editors, I invented a one-wheeled Bicycle that can ride not only circus, but also any student”. He offered for “on the level of the wheel axle to reinforce the rear horizontal plane, like a bird’s tail: at speed, in a stream of air, reasoned the young inventor, it will serve as a stabilizer to keep from zavalivanija forward or backward.
But if this profanatica the project is interesting the very fact that a young inventor nontrivial solution, then in most of the proposals of the readers attracted by the realisation of one or another of the original scheme: its embodiment in metal of the idea and test, usually time.
So, the engineer of mechanization of the Belarusian automobile plant N. Sokolowski drew our publications manual drive, allowing for the movement not only the strength of the feet and hands. All at” used to inhabit the log scheme was “tied” to front” wheel. In this case, the designers had to solve an additional problem: the actuator does not obstruct the operation of the machine, attempts to merge or replace the wheel levers of the manual drive. I. Sokolovsky went even further. Why the drive should be aimed at the front wheel? After all, to help the legs and on the shaft of the drive sprocket. However, this will stretch the car in length, and as over the counter drive to reach the helm? But who said that you can only manage the wheel? There is another new solution: the steering is… the saddle. Yes, Yes! The original image is a feature of the two-wheeled machine— the need of the torso when turning; swivel saddle through a yoke and thrust acts on the crossmember, steering column, turning the wheel. Is it comfortable? Sokolowski riding his bike for the third season, the machine is happy: practice has shown the viability of the ideas. Although the author critically notes and certain costs: too big dimensions and weight, lower capacity, worse than the average bike, cross-country off-road.
On that two-wheeled scheme far from exhausted, says the work of many fans of pedal technique. Fruitful and interesting work in this direction is a great enthusiast and the Creator of the original two-wheeled machines V. Askin from Tashkent. We have already introduced the readers with an unusual scooter, which is both microbiocidal (see “M-K” No. 10 of 1982). They created a whole range of such structures, designed for children and adolescents. The main thrust of the technical development here is the creation of extremely compact, lightweight, comfortable, modern micromachines on the basis of the smallest wheels, samokatnaya “Dutikow”.
That teen bike with an unusual frame, made of two parallel curved tubes, assuming the rack and front wheel, and a clip pedals, rear wheel and seat post. Despite the small wheels, micro machine readily adaptable to any increase in the adjustable with a large stock of rods of the seat and steering wheel. It is interesting that, given the “address” of their structures, V. Askin in most cases waives the usual and for children’s Bicycle wheels with spokes, as for the hard drive, typical for teenagers, offering instead “cast or stamped: no needles not fly, nor “eight” does not appear. The front and back provides lightweight, metal basket: the bike is not only fun, but also commercial transportation to perform all possible teenager orders. 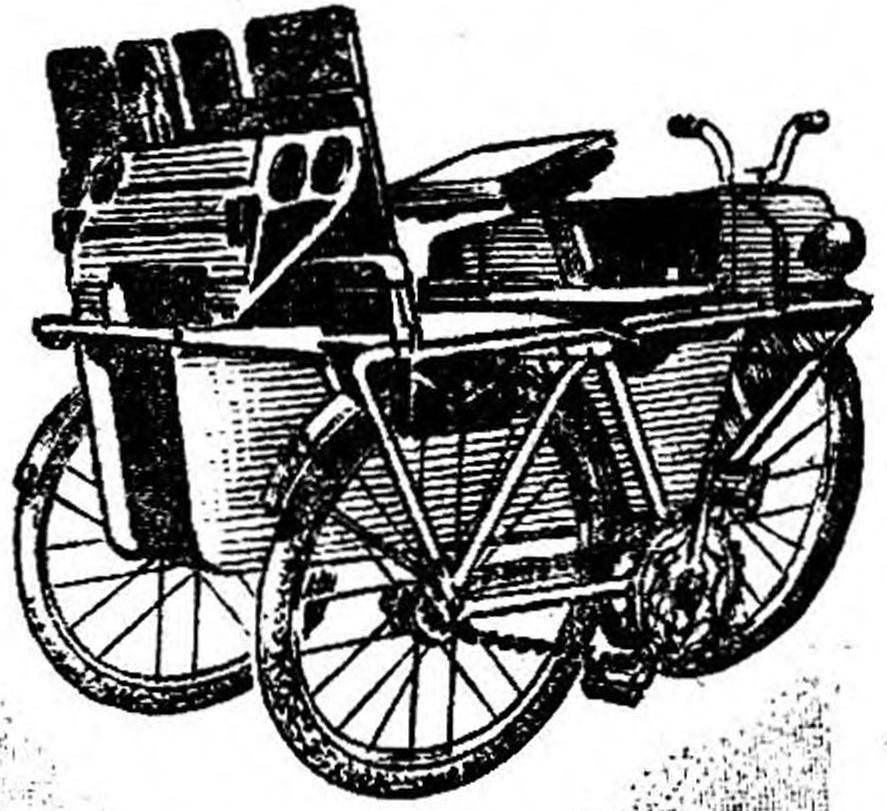 Fig. 9. Spark with a hard body in the middle 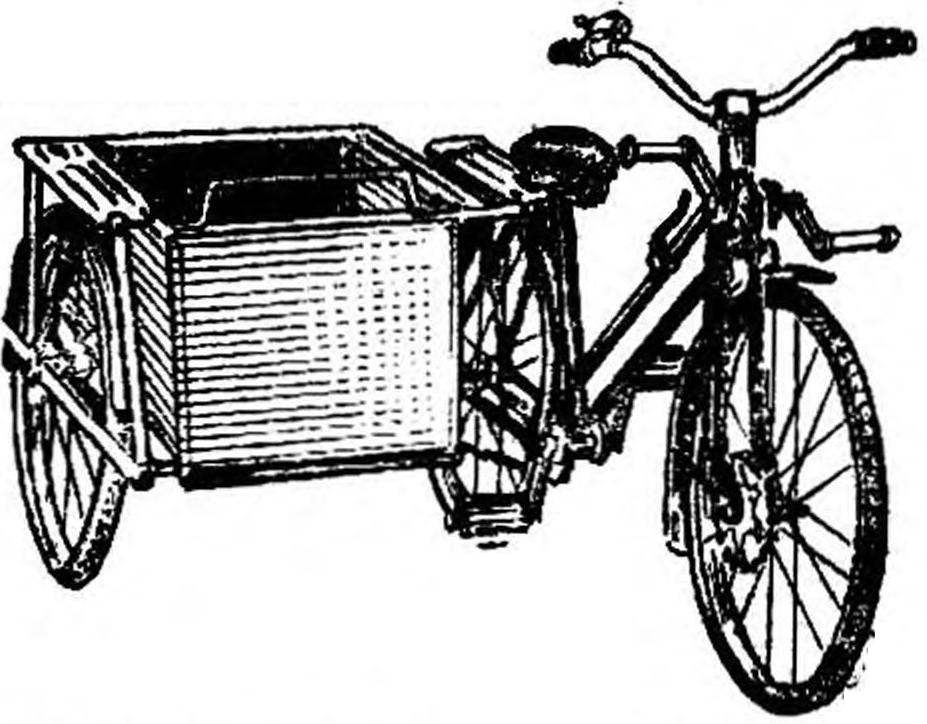 Fig. 10. Bike with sidecar and optional manual transmission on the front wheel 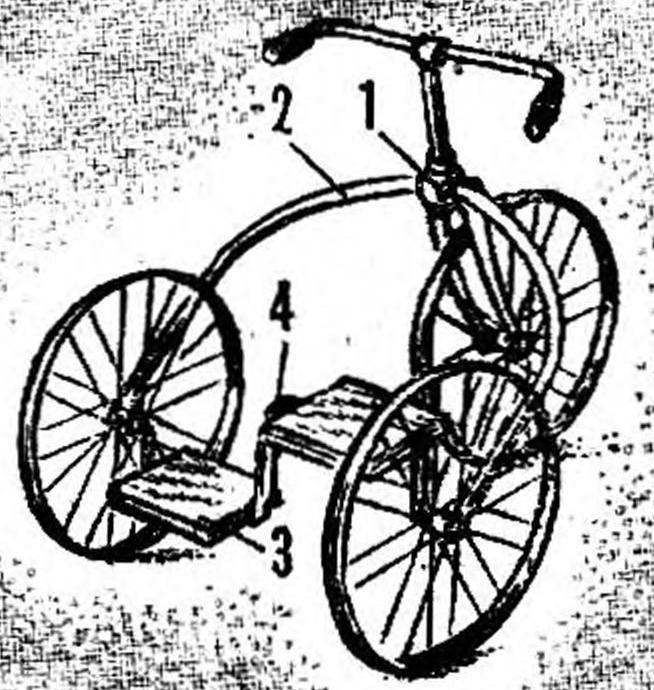