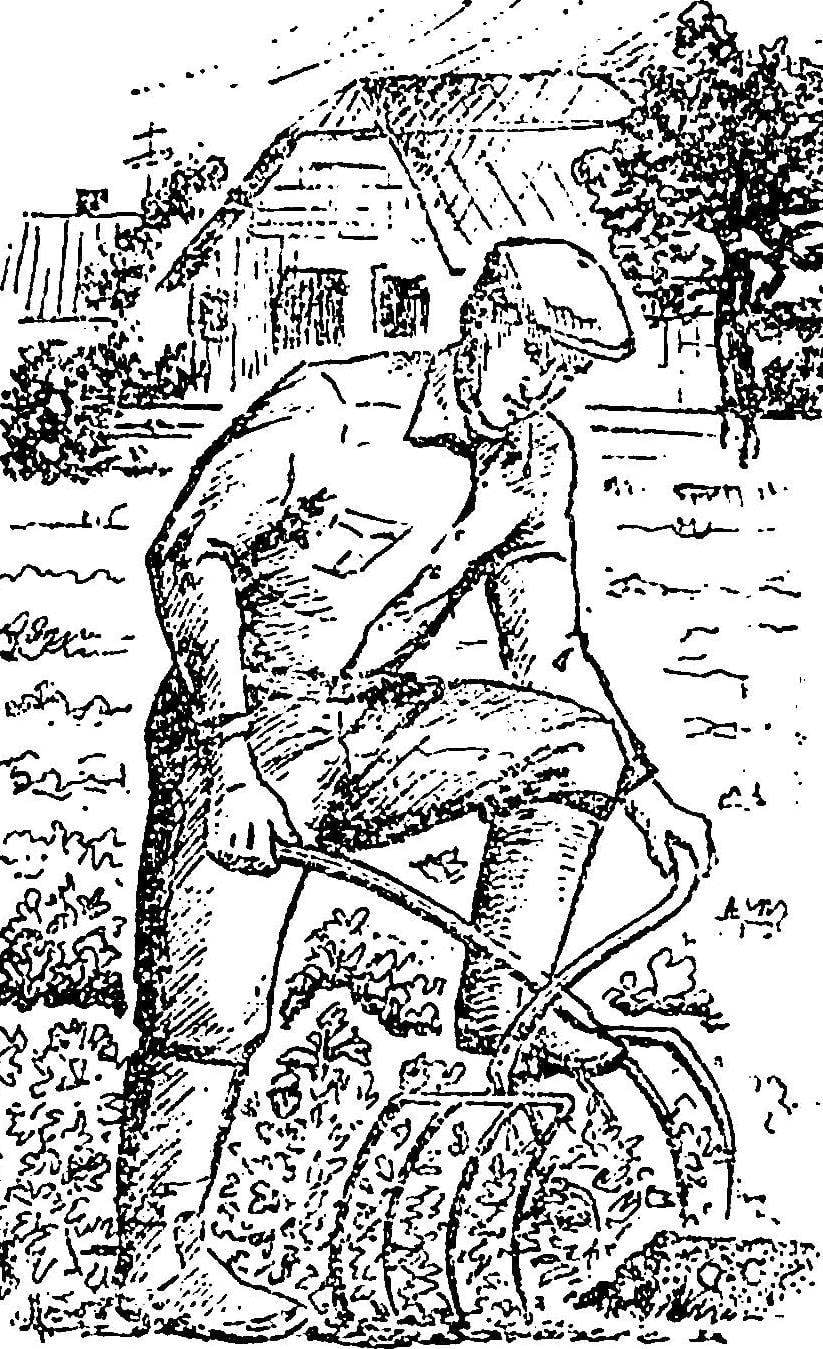 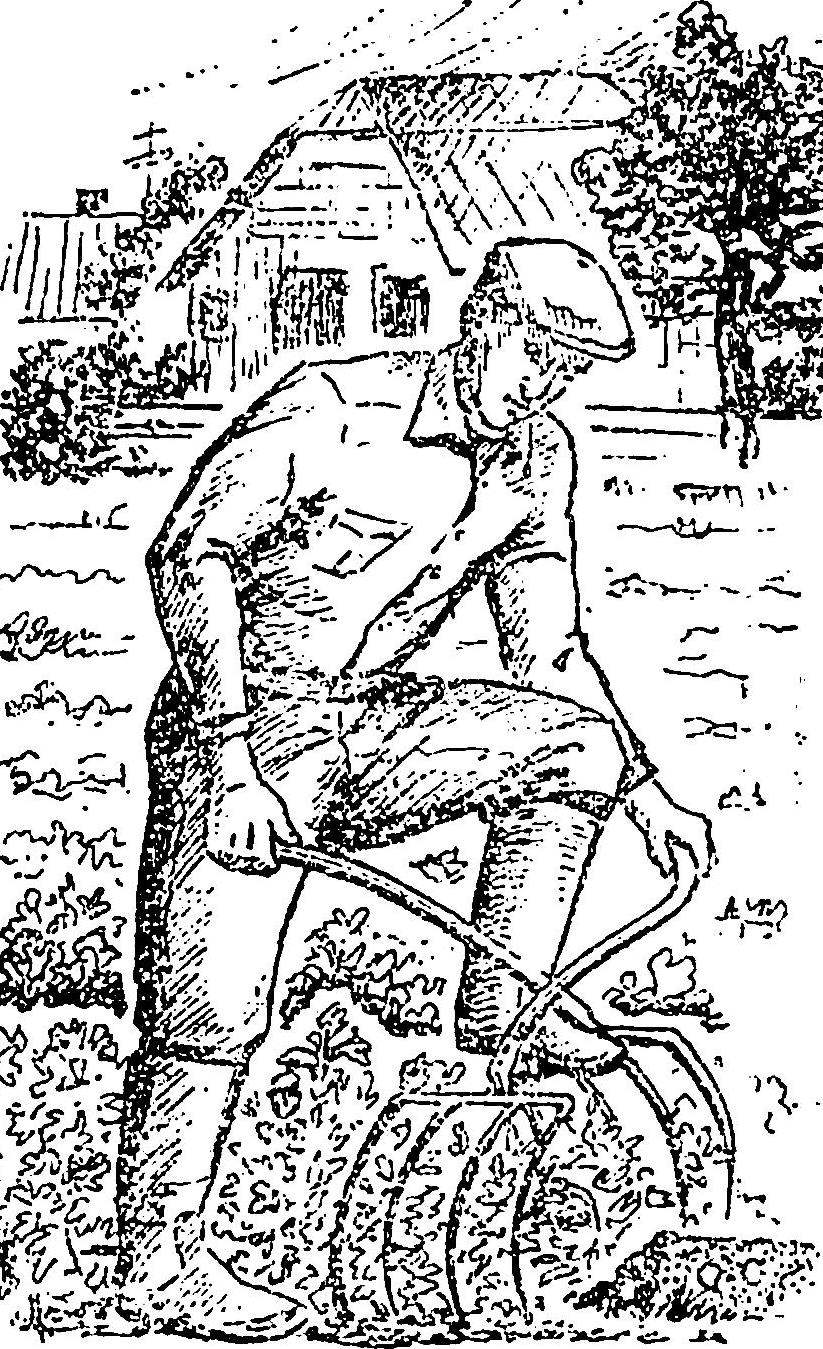 Manual digger “spider” is a good help in the garden at harvest of potato, transplanting of seedlings and even during the digging of ditches. He sharply — and a half-two times — increases productivity because it captures the ground with one hand, like a shovel, but with two, and easily frees up the tubers from the ground and brings them to the surface.
Digger is assembled from two conventional VCSEL, the United articulated with horizontal metal crossbar. Only the cuttings is replaced by arm made of thin-walled steel pipes. Arm welded to the sleeves of the forks and bent so that when they are crossed, not touching each other.
Under the tool holders to the forks welded on two eyelets, which are located between the loop rail. The latter is made of steel strip 50X5 mm cross-section and is connected to ears by the axes of the hinges bolts M10. 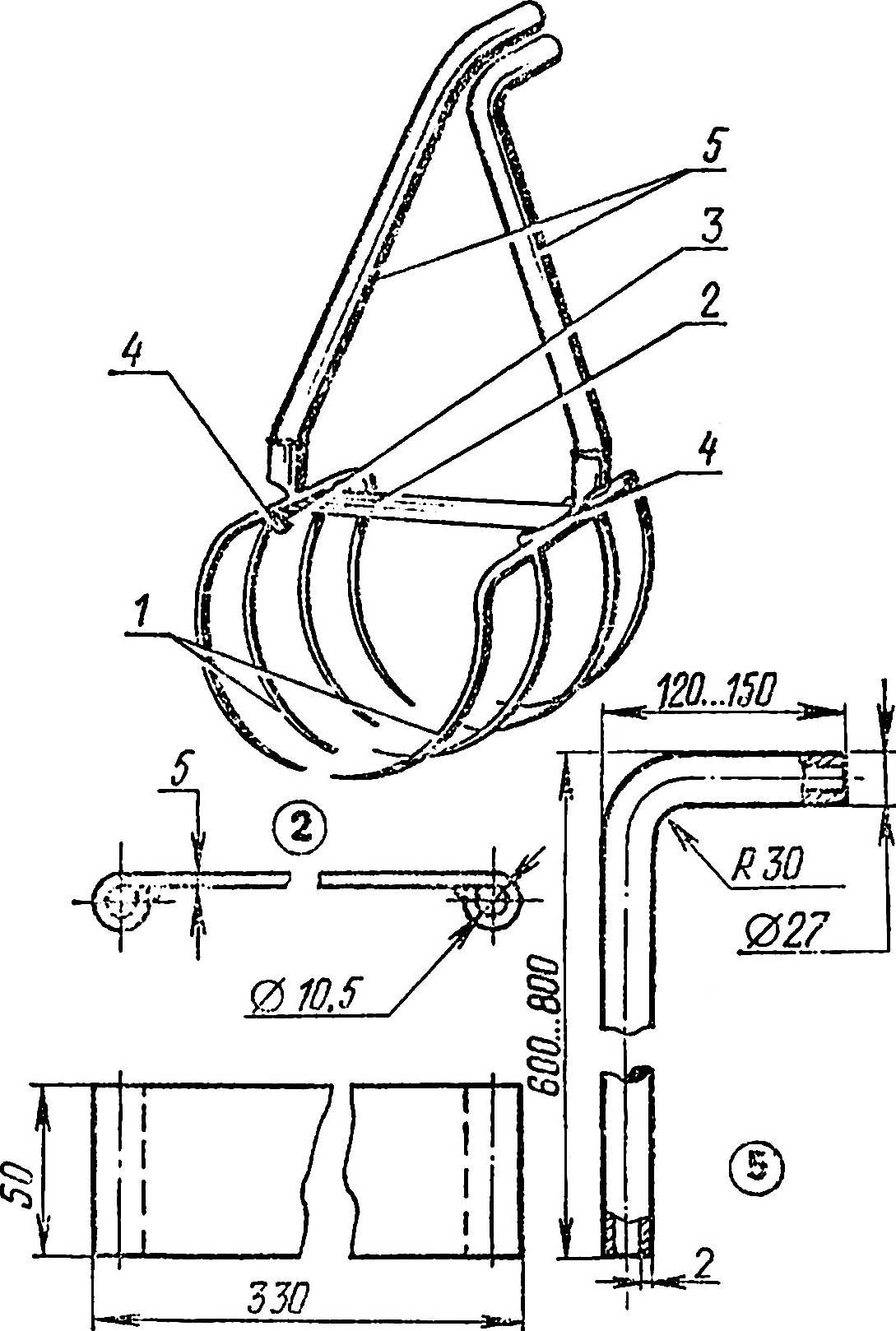 The design of the “spider”:
1 — fork, 2 — bar, 3 — lugs on the forks, 4 — axis hinges, 5 — tubular handle.
Use the “spider”. Crossing over the handles, throw the fork and put up a Bush potato. Stepping on the crossbar and bringing a little of the handle, stick a fork (the edge at the same time move in an arc close to the radius of curvature of the teeth) in the ground. No displacement of the soil does not occur, the tubers are not injured. (After 12-15 days before harvest the foliage is cut, the tubers ripen and they formed a rind, foliage dries up and does not interfere with work.)
But the handles are brought together, the digger is raised. If the ground is soft, it pours through his teeth and potatoes will be on the surface; if severe, wet, teeth stick, shaking the spider from side to side, it makes it easier to capture Bush.
When you want to transplant any plant, the soil around it moisturize so earthen inside of the forks are not scattered and not damaged the root system of the plant. The same “spider” the sapling is transferred to a new prepared place for him.
Similarly, you can dig ditches. Their edges are rather smooth, extra processing is often not required.
I. SHMATOV, S. Volodarskoye, Kokchetav region.