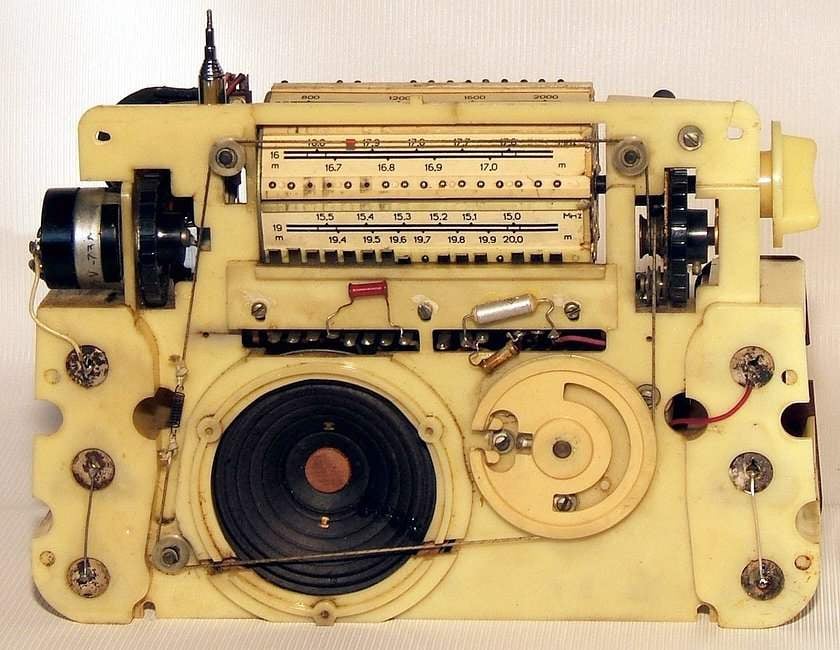 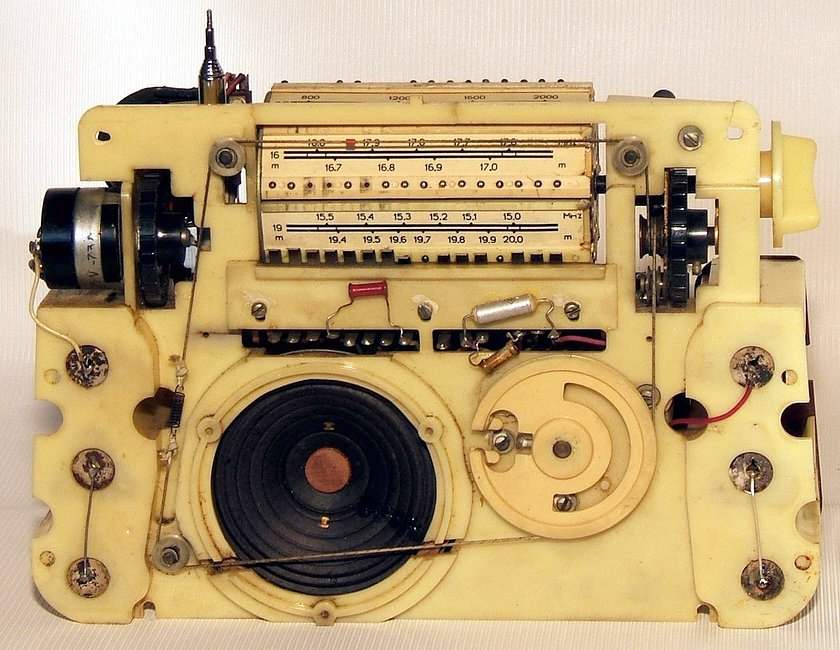 Instruments based on the radio. Technical progress is relentless it forces us to buy all new electronic devices, and old, but usable receivers, tape recorders, record players and tape recorders had moved into the closets and attics, and then to the dump. However, enthusiastic Amateurs on a more careful attitude to an old technique, finding it different application. So old, no one needs a radio superheterodyne scheme can certainly be found almost any Amateur radio.

Meanwhile, on the basis of such a receiver may be measuring a whole range of radios. In this modification of the receiver is done using standard electronic elements. Consider first the possibility of a radio of direct amplification.

Generators audio frequency (AF)
Using audio amplifier (uzch) and volume control of a radio receiver 13 and entering a positive feedback (PIC) through the condenser (Fig.1) obtained at certain ratios of values and the generation of electrical oscillations, pulsed or sinusoidal.
The generation of oscillations in uzch entered frequency selective PIC in the presence of uzch nonlinearity is not available in all frequencies. However, the novice radio Amateur enough to have a number of discrete frequencies, is determined mainly by the capacitance, and waveform is selected by the volume control R.
Due to the small volume of the body of the radio and to save money the switching frequencies can be realized by using a homemade switch on the base semisterile lamp panel installed on the housing of the radio receiver, and two forks out of copper wire, connected by a segment of flexible stranded wires. The seventh leg soldered the output wire uzch. Capacitors can be soldered directly on the legs of panels 1 — 6.
To simplify the problem, you can opt out of the switch and be satisfied with a small range of smooth change of frequency or to have a single discrete frequency.
Almost all radios have a Jack for external speaker or headphone This Jack is used as output for output of the generated oscillations AF. If you can attach the plug wire, then the generator can be used as a sound probe of the fluctuations of the AF can be submitted at any point custom equipment and test the signal on different circuits.
On the case you must also set the socket for feeding external audio signal uzch. In this case uzch can be used as a checklist when configuring a variety of equipment.
The generator can be turned into a sound sampler — it is enough to break the circuit PIC in a convenient place and ends output. This can be done using the already installed tube socket. One wire must use the fork to enter in one of the nests No. 1 to 6, the second — in the slot number 7. With the closure plugs uzch will generate fluctuations in the AF, by opening variations will be broken. Thus with the help of these probes it is possible to check the integrity of many electronic components — resistors, inductors, transformers, wires, cables, field rations, etc. If the studied item or the circuit tests normal, the generator will work in the dynamics of the sound will be heard. No sound is evidence of breakage or malfunction in the external circuit. 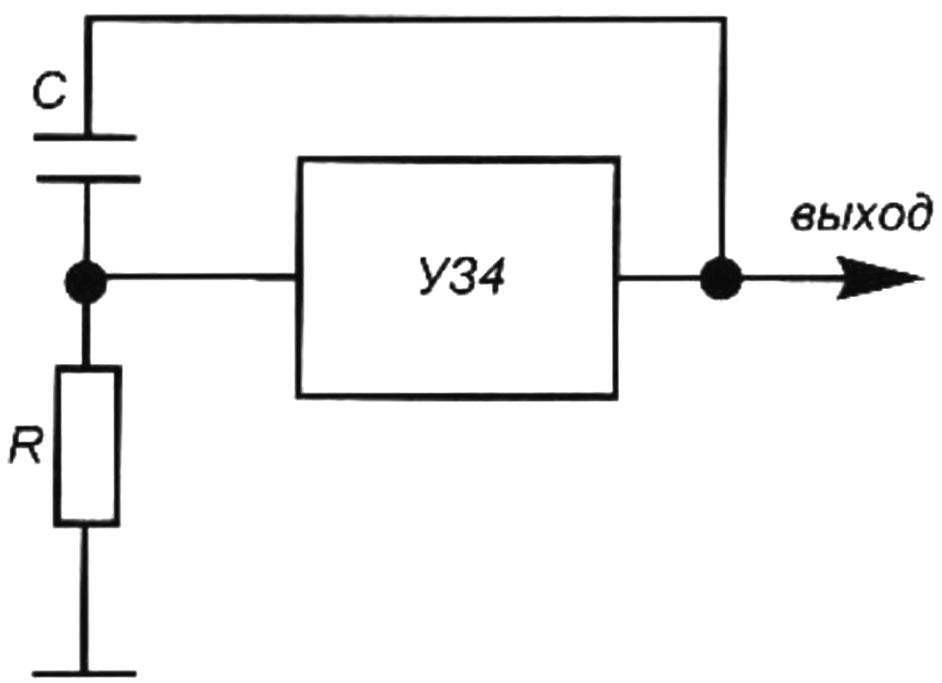 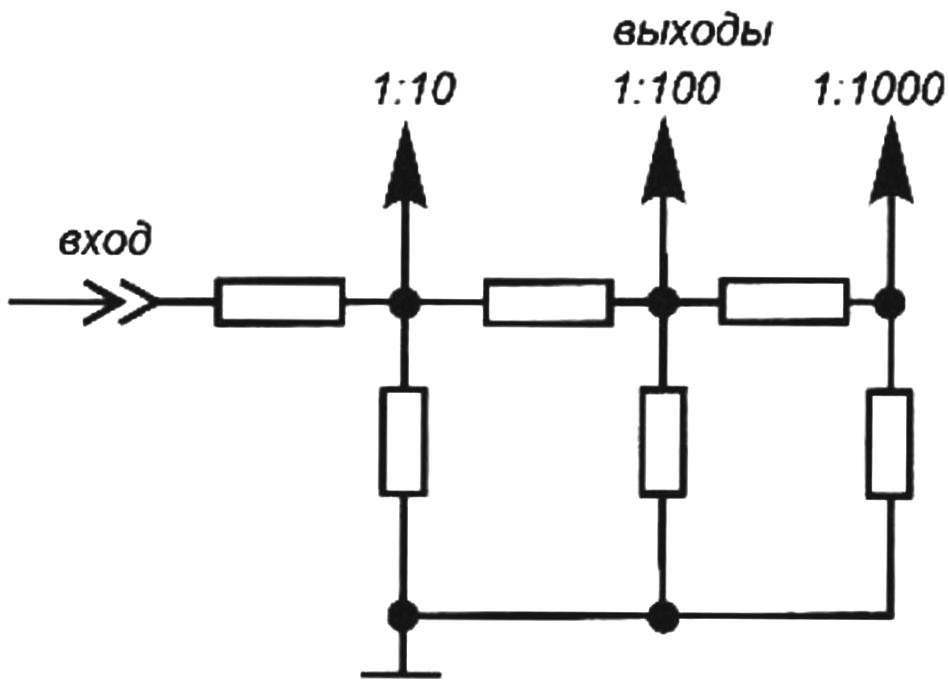 Fig. 2. External divider
To determine the gain you need to cascade URSC to check the transistors enter the on allowing to change the gain of the stage as a whole. Such a body could be the volume control uzch — variable resistor, is additionally introduced into the base circuit or the emitter of the transistor. It is clear that the generation of uzch POS is only possible for certain values of the gain of the transistor and the variable resistor. If you pick up a few transistors with different known values, then it is possible to construct a scale at different positions of the potentiometer in the moments of occurrence of generation.
The same cascade can be used to build a simple voltmeter. In the presence of its generation can be suppressed applying a barrier voltage to the base or the emitter of the measuring transistor of the cascade via a variable resistor. The higher the value of the measured voltage, the less has to be a resistor. Scale directly in volts can be calibrated according to the testimony of any voltmeter.
The methods and approaches to an even greater extent applicable in the alteration of the superheterodyne radio. The presence of the local oscillator, which is a essentially a signal generator (GS), significantly reduces the amount of work in finalizing the staffing of the cascades. And if the radio works on HF bands, the bandwidth of the signal generator will be substantially wider. However, the contours of the local oscillator must be reconstructed as frequencies on all bands above the specified scale to the value of the intermediate frequency (if) is 465 kHz. This will allow, first, to use the standard scale and to set the frequency of the HS and, secondly, most importantly, has been re-designed GS will allow you to configure the contours of radios operating in standard LW, MW and HF bands.
Made and designed in the form of an individual node of an RF probe made on the basis of details of the amplitude detector significantly extends the range of the work. Introduction one of the gain stages RF POS allows you to obtain the stand-alone generator P4 (HRU) with the exact frequency setting. A larger volume of superheterodyne design and a greater number of cascades give the possibility to install additional switching products and additional functional cascades. So, transferring one of the cascades P4 or uzch to the amplitude modulator, and by setting the appropriate switches and sockets, you can get additional modes of GS and HRU — amplitude-modulated oscillations, which significantly expands the scope of research. In addition, the presence of a superheterodyne is more than a receiver of direct amplification of the number of cascades allows to obtain by appropriate connections and even a receiver of direct amplification with high sensitivity.
Huge opportunities for the creation of high quality measuring instruments are open to ham alteration now a rare antique superheterodyne tube radio. For example, using vacuum tube diode (half bulb of the amplitude detector, for example 6Х2П or 6Х6С) and the first cascade uzch, you can get a vacuum tube voltmeter with an input impedance in the tens of Meg and its use for measurements in circuits containing field-effect transistors and CMOS circuits.
Transistor high-frequency generator, assembled on the mixing tube, in comparison with the generators on the triodes, enables a broader frequency range with higher stability. The presence of built-in capacitor of variable capacity allows you to create a generator of sound frequencies with continuously tunable frequency and sinusoidal waveform — essentially, another instrument of high class.
R. HAKOBYAN
(To be continued)