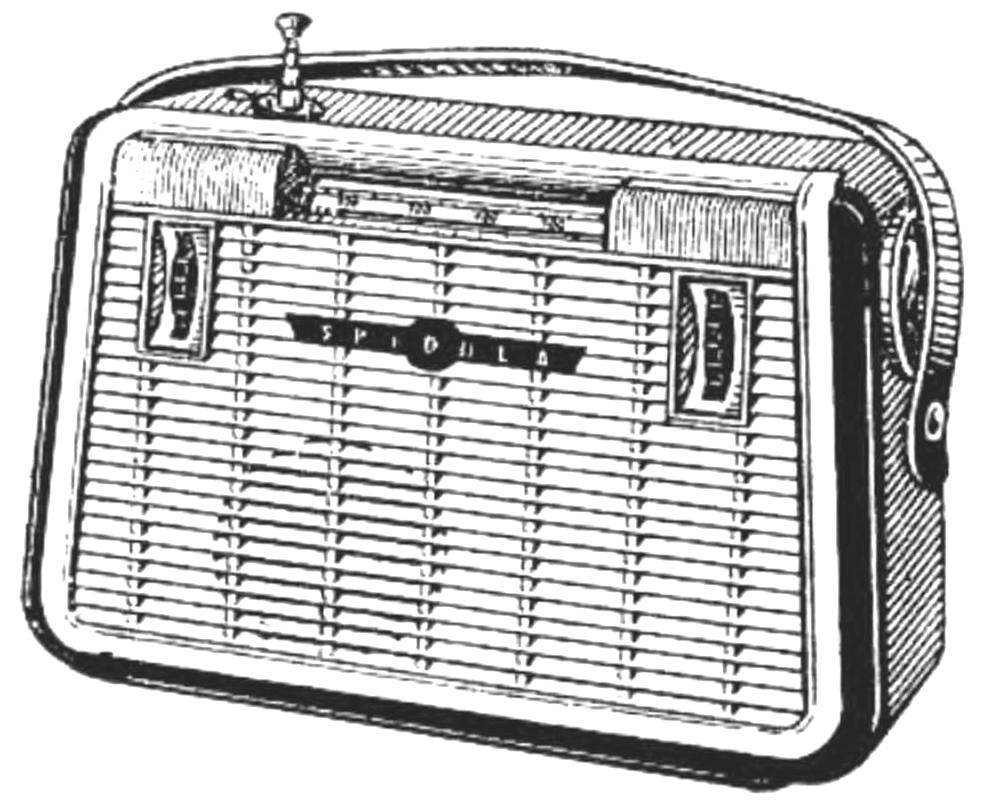 Instruments based on the radio. Assembly and adjustment of the measuring complex 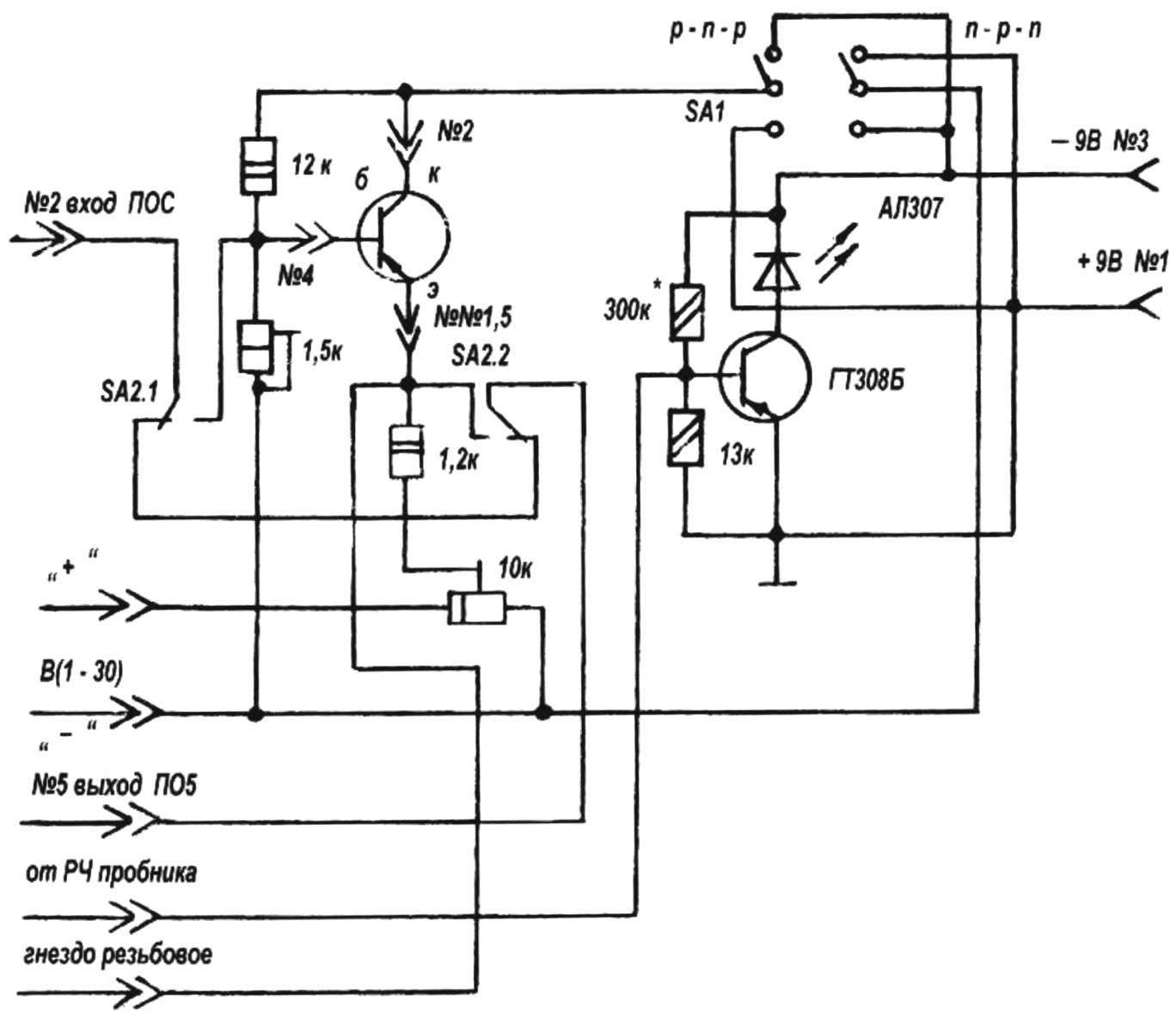 Diagram of the universal consoles (the resistor values are allocated with the* icon is selected while on the construction site:
SA1 — in p-n-p. SA-2 — in position GSC)
Calibration of scales for a universal console is made with a few (5 — 10 pieces) transistors with known values To within the range of values 10 — 100, the regulated source of DC voltage within the range of 1 — 30 V and the DC voltmeter to the same voltage range
The potentiometer (scale values) 10 kω console is placed to the far right (under the scheme). Toggle switch SA1 to set the desired polarity of the supply. The conclusions of one of the transistors with a known value inserted in the corresponding slots of the panels. The potentiometer 1.5 kOhm put in the lowest position (under the scheme).
The console with the cable connected to the complex.
The power switch frequency is set to the 1 (100 Hz). Free slot “This.” from plugs, toggle switch loudspeaker put in the down position and connect the power supply to the network. With proper transistor GSC should immediately appear fluctuations. Slowly turning the potentiometer 1.5 kOhm, achieve the breakdown of generation. Against the handle pointer of the potentiometer make a paper scale glued to the body consoles, level, and record the value In the first transistor. Replace the reference transistor to another and again, rotate the potentiometer from the leftmost position (on a scale), achieve disruption of oscillations GSC and mark the value at which there is a failure. Thus calibrate full scale, repeating this operation at each point three to five times.
The calibration of the scale of the voltmeter consoles are the reference transistor p-n-p structure with a known value, which in the future will always be used for voltage measurements.
The potentiometer 1.5 kOhm, put in the lowest position (under the scheme). Connect the DC voltmeter to the output terminals of the voltage source. Set the output voltage of about 1 V. the potentiometer 10 kω turn to the left. Connect the box to the complex.
Using the cable with the test leads connect the console with the output terminals of the voltage source. As a rule, GSC immediately starts to work. If this does not happen, it is necessary to somewhat reduce the voltage to that value, unless there is generation. Note at what voltage this happens, and apply to paper scale level, and the voltage value. Increasing the source voltage, tear generation. Note the voltage and record this value against a new mark. Continuing to rotate the potentiometer, again start the generator, make a mark on the scale and an increase in voltage of tear generation Record about this point voltage value, at which there was a breakdown of the oscillations. In this way go through diapazoni voltages up to 30 V. the voltage Level at the output of the source down to zero, the potentiometer back to the left and repeat all over again. Adjust marks. Disconnect the voltage source and a voltmeter. Disconnect the power supply from the network.
For scale calibration of the voltage stabilizing Zener pick up a dozen with the measured values of voltage stabilization from 3 V to 12 V. 13 Install 1 potentiometer , 5 kOhm at the low end of the potentiometer 10 kOhms set to the left position. The socket panel on the front of the console, insert the conclusions of the Zener diode: anode — into the socket of the emitter, the cathode — in socket base. Switch SA1 is put into the “p-n-p”. On the switch frequency (9-pin vacuum tube panel) set the frequency to 100 Hz. Connect a console to the system using the cable and turn on the power supply. After one or two seconds GSC will start to generate oscillations of audio frequency.
Press the SB1 button and slowly rotate the potentiometer 10 kOhm clockwise to the failure of the generation. On the scale of the voltmeter draw a second circle on her mark known value voltage stabilization (East) of the first Zener diode. Set the knob of potentiometer 10 kOhm again to the left, replace the Zener diode, press a button and rotate the potentiometer 10 kω, again get a failure generation. Note on the scale a new value Ist. Thus calibrate the entire scale of values Ist. The universal calibration consoles ends.
R. HAKOBYAN
(To be continued)