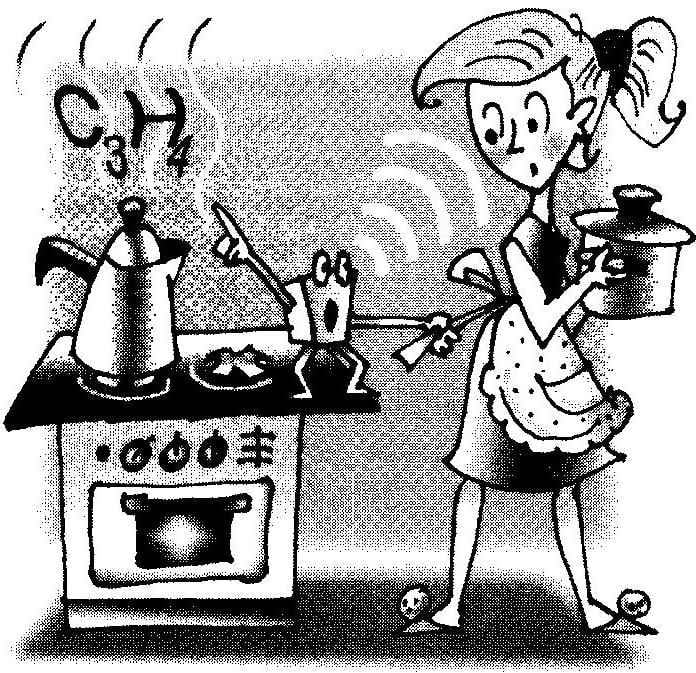 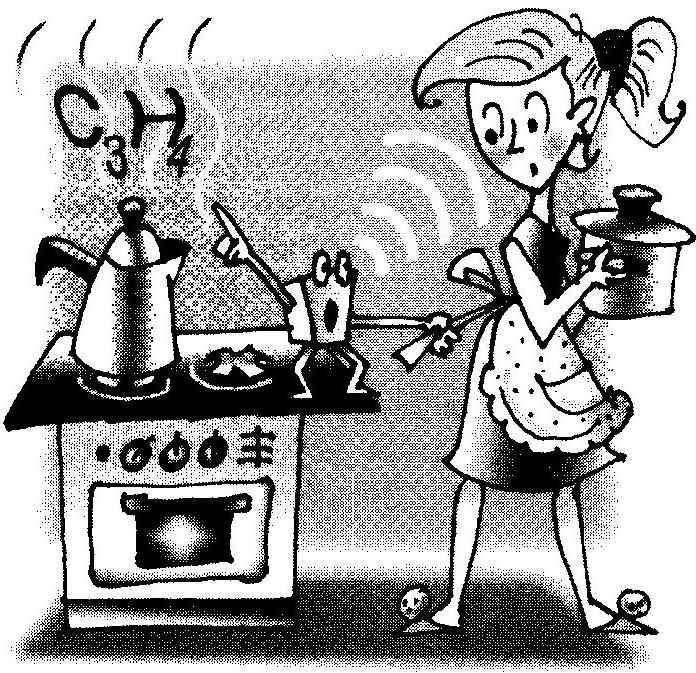 Explosions and fires resulting from gas leaks, unfortunately, are not uncommon. Recognizing the work of administrative bodies and emergency services, hams designers can do something yourself to minimize this danger. However, in the field of gas control is simple and accessible to a repetition of the device is almost there, or they are unnecessarily expensive.
There are industrial sensors, converts the gas concentration to voltage, current, resistance and other parameters. The ability to respond to changes in gas concentration have some oxides, especially the SnO2 — tin dioxide, doped various additives. On their basis it is possible to make an electronic device that responds to the excess concentration of a particular gas in air and emits sound signal.

The sensors are not equally responsive to a particular gas, so you can replace one sensor the other is impractical. So, the most dangerous gas that can affect the person in everyday life, it is undoubtedly a propane (СЗН4). His explosive concentration in air is 2.1 to 9.5%. For registration of propane, natural gas and butane suitable for gas sensors TGS2610, Figaro TGS813 firms. The last type is more modern and has low voltage.

Then there is the methane (CH4). Its maximum concentration before the explosion in air is 5-15%. For the registration of the developed sensors ТGS842 and ТGS2611.

The electrical circuit device on the basis of the sensor ТGS2610 sensitive to propane, shown in the figure. 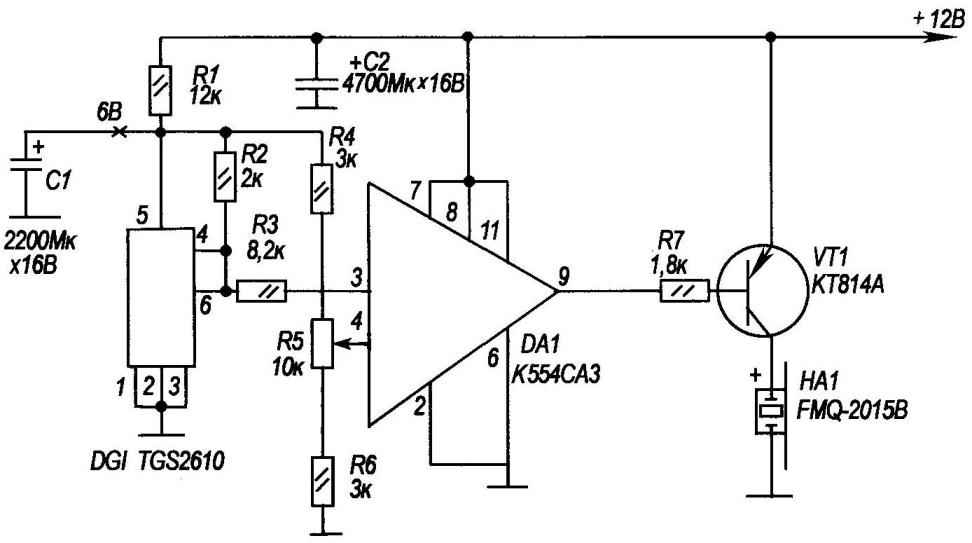 The sensor consists of a ceramic tube, the surface of which is covered with the resist layer sensitive to one group or another gas (in this, in particular, is the purpose of alloying additives). Heated to a temperature above +200°C, this coating responds to changes in the concentration of the gas by changing its resistance. The heating element is threaded into the tube electrical coil (pins 2 and 5).

To reduce the heat dissipation pipe is connected to the terminals 1 — 3 and 4 — 6 thin conductors, locking her in limbo. These are pairwise connected to each other insights come from the gas-sensitive resist.

When gas reached a certain concentration (2,1—9% density natural gas in the air), the sensor resistance DG1 decreases to such a value that the voltage at the non-inverting input of the comparator becomes less than the inverting. In this mode, the voltage at terminal 9 of the comparator is close to zero. Transistor VT1 opens, piezoelectric capsule HA1 generator CC alerted to gas hazards.

The power supply is stable with an output voltage of 10-12 V. the current consumed by the device audible indication and does not exceed 30 mA.

Since the calibration of the device directly on the gas concentration, for security reasons, it is impossible to recommend, to set the desired threshold of operation. The tenfold decrease of the resistance of the sensor in the atmosphere containing air and 0.5% of methane (one-tenth of the explosive concentration, compared to pure air), allows you to set a deliberately safe threshold of the sensor.

To verify the circuit, place the sensor gas lighter (with whipped flames) — he should respond to the alarm signal with the inertia of 2 — 3.