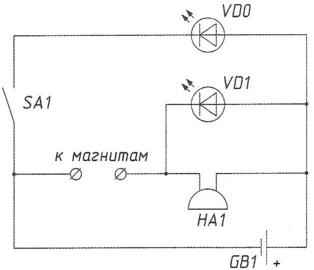 Of the readers who didn’t lose metal parts or tools? Sometimes it happens at the most inopportune time and threatens to permanently stop work. Lost somewhere in the grass screwdriver that fell behind the Cabinet chisel or a failure in a pier of pliers is able to ruffle anyone. In such cases a simple device – a magnetic probe with light and sound alarm. Using this simple device, you can easily find the loss in hard to reach places and the fact findings you will be notified outbreak warning led and buzzer. The principle of operation of the probe is quite simple – on a long rod fixed two magnet “sticking” to the metal object which closes the circuit and lights the warning led. Thus, you can know when the probe with discovery, you can extract the “light”.

The probe device shown in Fig.1. On the long rod of rectangular cross section short screws (screws) are attached two steel cheeks with terminals. Each of the cheeks with clamps and bolts are attached magnets. The approximate dimensions of the parts shown in the figure. From the terminals there are two wires to the electronic unit, which is located closer to the opposite magnets to the end of the rod.

Schematic diagram of the electronic unit shown in Fig.2, and Fig.Z is a view of a printed circuit Board on which are placed the LEDs, buzzer and power supply. LEDs VD0, VD1 and buzzer HA1 is designed for a supply voltage of 3 V. as a power source you can use the battery of the type CR2025 or CR2032 3 V. the Battery is mounted directly on the PCB using the screw and spring is a thin curved steel plates (Fig.4). The printed circuit Board and a single pole switch SA1 can be placed in one housing, which will serve any commensurate plastic box. As a result, the surface of the electronic component will be the power switch and two LEDs, one which indicates power (green) and the other on the electrical circuit of the probe through the magnets (red). 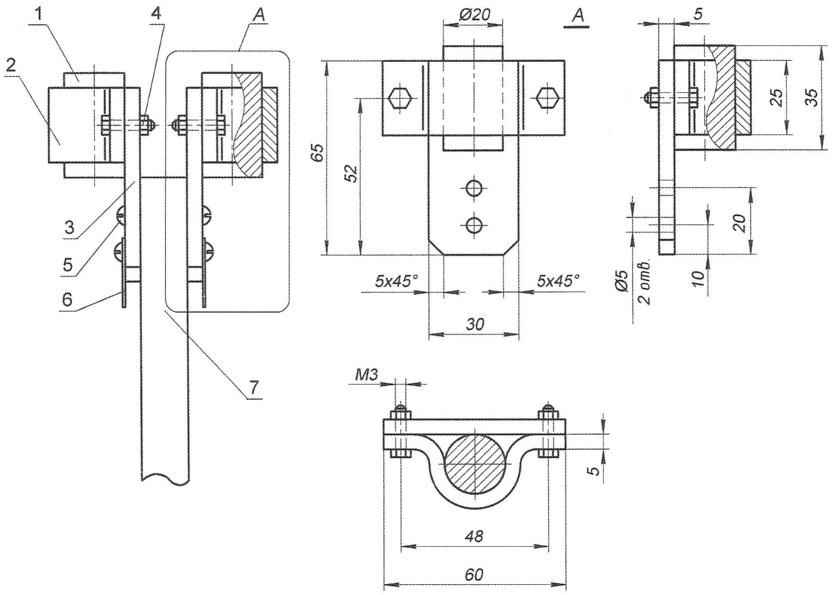 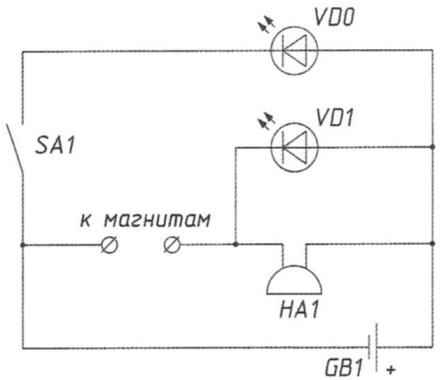 Fig. 4. The scheme of mounting the batteries:

Of course, the dimensions and design features of the probe can vary within very wide limits. Accordingly, it is possible to use magnets of different shapes and sizes. For example, suitable cylindrical magnets from old speakers. It is possible to use magnets of rectangular cross section. The only thing this changes, is the form of clamps. It is useful to recall that the rod of the probe should be made of non-conductive material, such as wood or plastic. The probe can be made more versatile if the stock to use telescopic design fishing rod.