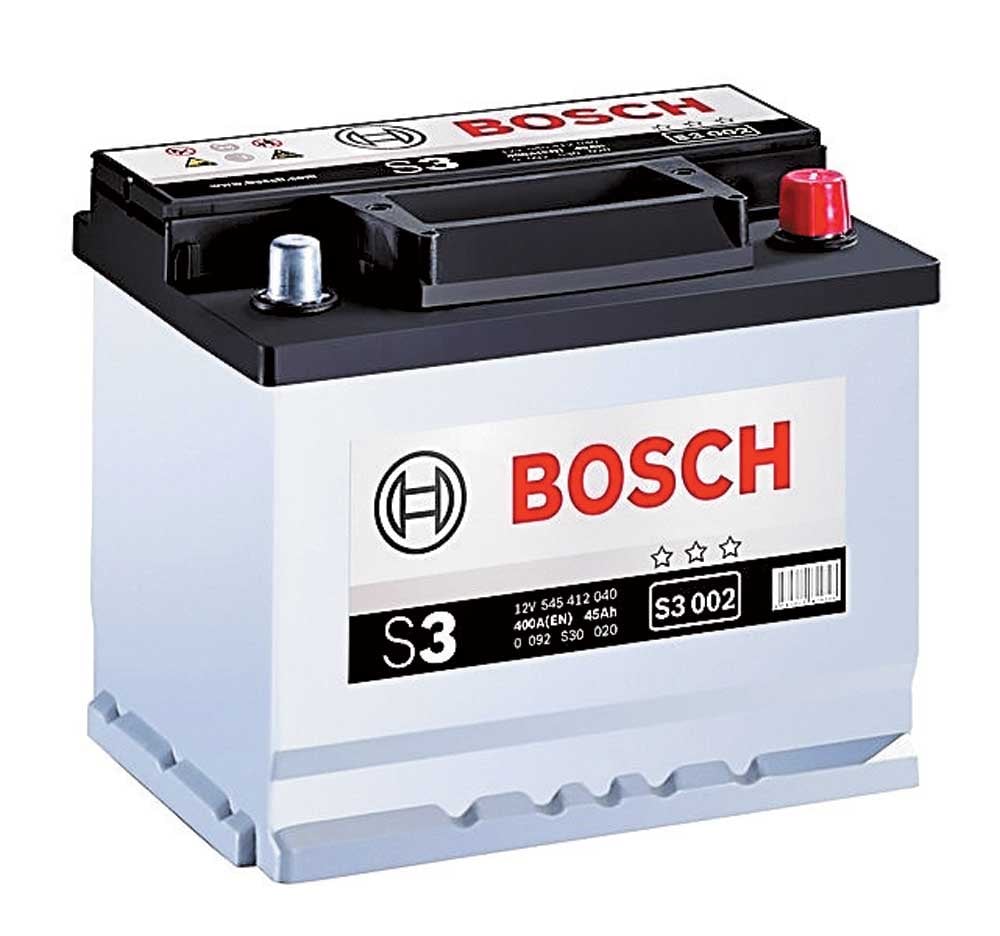 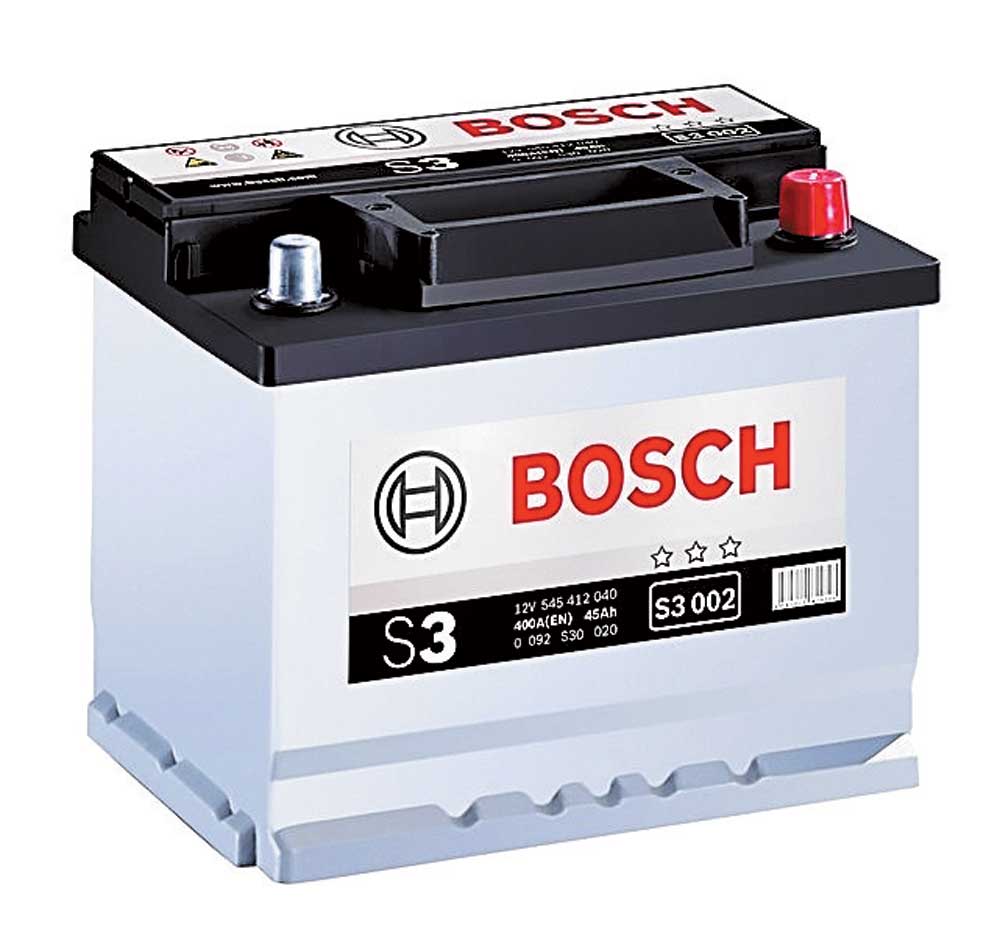 (The end. Beginning at No. 9 and 10,’01). Electronic watch embedded in an improvised universal apparatus for charging batteries differ from the standard. Instead the category “des. min.” in the output “0.1 CH” is the idea of time is here more convenient for rapid calculations. The maximum count value “of 99.9 h.” Instead of the oscillator used household electricity 50 Hz, and the input of the amplifier-limiter is used for formation of the steepness of the pulses removed from the secondary winding of the supply transformer.

For receiving pulses with a period of “0.1 CH” network signal it is necessary to “break up” 18 000, which is achieved by using a counter (DD2, divide by 9000) and trigger (DD3.1 — 2). Between them is the key of DD1.1, which is opened during the starting period of the DISCHARGE. Chain and VD1 R3 gives the signal a PERMISSION ACCOUNT to DD1.1, and R9, S1 forms the reset pulse on the chip DD3—DD6. DD1.2 selects the output state of the counter DD2 equal to 8992 (≈ 9000, used 4 digits instead of 5 required) and sends a signal to the key of DD1.1. He, in turn, the resolution of account issues a signal to trigger DD3.2 which generates signal RESET for DD2 at startup, and subsequently every time the signal is received with DD1.1. So DD2 counts down to 8992 and is reset to “0”, starting the countdown again. A reset pulse (during 3 min) from the DD3.2, use a trigger DD3.1 as counting.
From the output of DD3.1 signal (a period of 6 min or 0.1 hour) goes to DD4. IC DD4—DD6 are BCD counters with decoders running on the 7-segment display. It measures and displays the time of discharge. After switching the battery on CHARGE, the signal disappears, the RESOLUTION ACCOUNTS for DD1.1, the clock stops and record the measured value. Error due to lack of discharge end up giving a period of 5 min 59,68 s. Error of 0.1 h (low-order) runs for 112 h 30 min, which exceeds the maximum count value. The accuracy of the digital count exceeds the precision of the analog ammeter is at least 10 times and the result is almost not affected. Accounting 5 discharge requires additional circuitry and complexity of the Board. 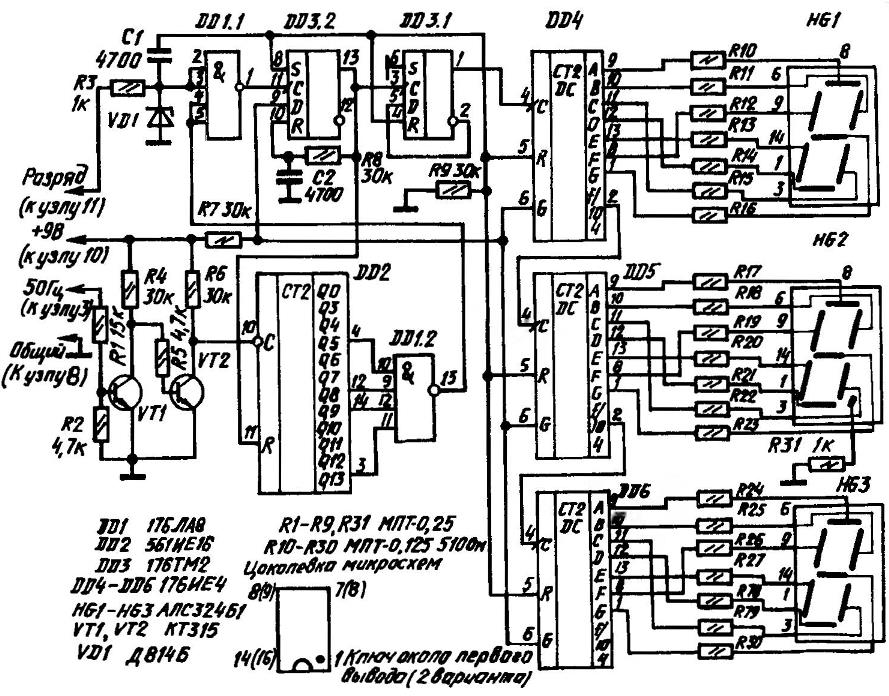 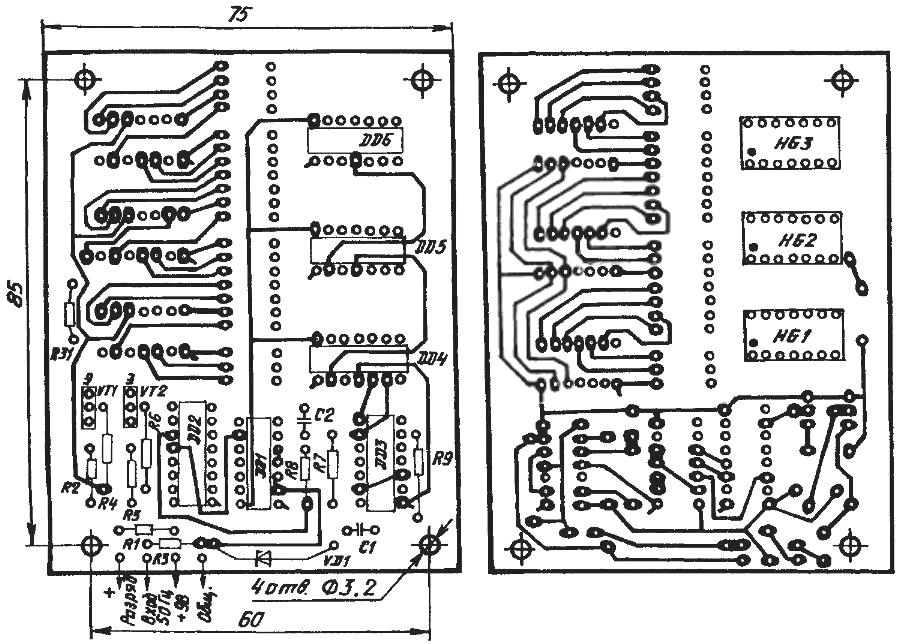 A circuit diagram and a printed circuit Board (double-sided glass epoxy or phenolic paper) electronic clock is adjusted for charging the battery
Circuit Board manufacture under the watch technology is virtually indistinguishable from that presented earlier, when we were talking about the installation of the device. Only glass fiber or Micarta should be foiled with not one but two sides, which is applied to the image printed conductor paths.
Generally, electronic watches, assembled on a printed circuit Board of the operable electronic components and in accordance with the schematic electrical diagram in debugging do not need.
It is recommended to follow the following procedure works:
1) before starting the machine, you must install the current controllers charge and discharge to the minimum value;
2) AS toggle switch to the on position for the CYCLIC control of the training cycle (CWC), or CONVENIENCE (most frequent use) for charging;
3) the battery is connected to the terminals of the faceplate, observing the required polarity (the voltmeter will show the battery voltage);
4) to set the discharge current (this item is required only in CIRCULAR mode);
5) to the switch NETWORK;
6) with the push of a button CHARGE and set the required charge current.
If the machine has no access to other persons other than the user, every time to set the currents is not necessary. It is possible to be limited to only items 3 and 5 of these rules. Installed currents will remain the same each time. You only need to check them.
Mode DUTY providing full charging, is preferably carried out once a week (to prevent sulfation of the plates) or by necessity — in the case of a strong battery. The CYCLIC is used at least twice a year (usually spring and autumn) and in the case of sulfation of the plates.
The main criterion that determines the sulfation, is “poslegarantijnoe” the discrepancy between the density of the electrolyte that was when casting. For example, the original electrolyte density 1,27 g/cm3 when charging does not rise to the same “rules”, even though the battery is “boiling”, as if fully charged. The voltage usually does not reach the upper value of 14.5 V. the Battery is resisting the charge, although the current flows. It and is clear: the pores in the negative plates stacked with the formed sulphate of lead, the working surface is decreased and the density of the electrolyte decreased. To improve it by adding acid only worsen the condition of the battery.
Holding of CWC (and even more so with use of alternating asymmetric current) allows you to remove the sulfation. Recovering, returns to lead plates and acid in electrolyte, the density of which increases.
Especially it is necessary to conduct CWC in the fall in preparation for winter. Behind the summer, the most favourable period, when the machine can start when the battery capacity 10— 15 A·h, and at 20-25 And h do not have problems with startup. In winter this is not enough. The necessary capacity of more than 30 A·h.
When connected to the camera battery not be fully charged, so the cycle should start charging, though when powering scheme is in the mode of DISCHARGE. It is necessary to check the magnitude of the discharge current and press the CHARGE. Further work will take place without the participation of the user (operator).
After charging the battery will automatically discharge a countdown real-time. When you switch again to charge the watch will stop and will retain the counted value until the next discharge period, i.e., about 10 h. during this time at any load you can choose the time and after seeing the evidence e-hours to estimate the battery capacity. With capacity more than 80 percent from the nameplate it is possible to stop the cycle and put the device in standby mode to completely charge the battery. 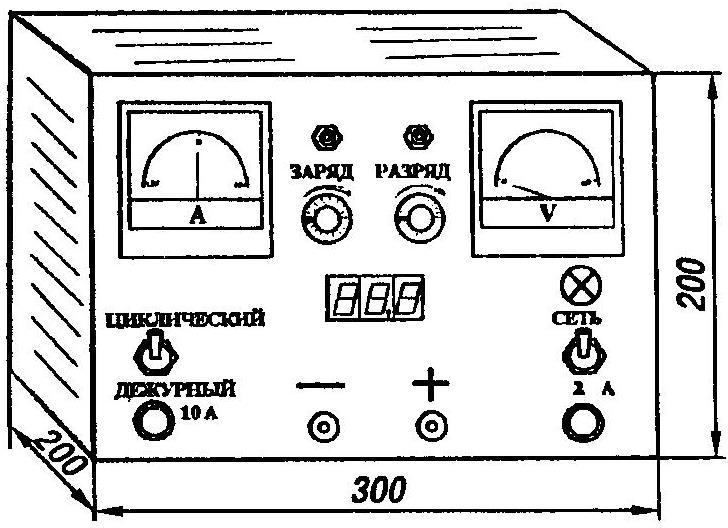 Universal apparatus for charging batteries and conducting control-training cycle
With less capacity to repeat the cycle. However, to carry out more than three cycles (bits) impractical. The maximum Supplement for much zasulfatirovan battery give second and third cycles. The fourth adds no more than 5% (usually 2-3%) of the nominal value. The resulting capacity will be determined by the area of the positive plates (what’s left of them and no recovery defies).
Destruction (shedding) of positive plates are inevitable. However, it can be slow. For example, in the evening, put the battery on trickle charge in standby mode, the morning to be charged.
At nominal values of current (charge 3 and grade 5 A) all highly stressed elements operate in the 50-70 percent of his maximum power, so the reliability of them is quite large. In addition, the presence of fuses in the network (220 V) circuit, and the battery provides the work security.
In conclusion, some advice. In the spring it is advisable to slightly reduce the density of the electrolyte.
So pour distilled water in the jars up to the top level, and the next day pear suck the maximum possible amount of the electrolyte in a separate dish and again add distilled water. BE SURE TO SIGN OFF THE DISHES. In the autumn instead of water to use when refilling the electrolyte. And remember: winter, frost have the electrolyte density 1,27 g/cm3 is still very desirable!
S. KHRISTOFOROV, Yoshkar-Ola