The cruiser was designed to limit so-called “Washington” cruisers, that is, the vehicle weight must not exceed 10,000 tons, and the caliber of guns is limited to 8 inches.

The emphasis in the design of the ship was on the reservation that caused the characteristic external features of the ship: balenoptera add-in, the actual upraznenie the mainmast, unification secondary add-in to be able keep within the weight limit.

“Algerie” with the group of three cruisers and 6 leaders visited Naples where he met the Italian cruisers “Zara”, in opposition to which it was built.

The first military operation was the hunt for the German raider “Graf Spee”. The French “Strasbourg”, “Algeri” and “Duple” included in the British task force “X”. The first campaign connection lasted from 23 to 29 October, the German raider could not be found, but stopped five German steamers carrying freight. The activity of compounds of particular success did not differ, was soon disbanded and “Algeri” returned to Toulon. 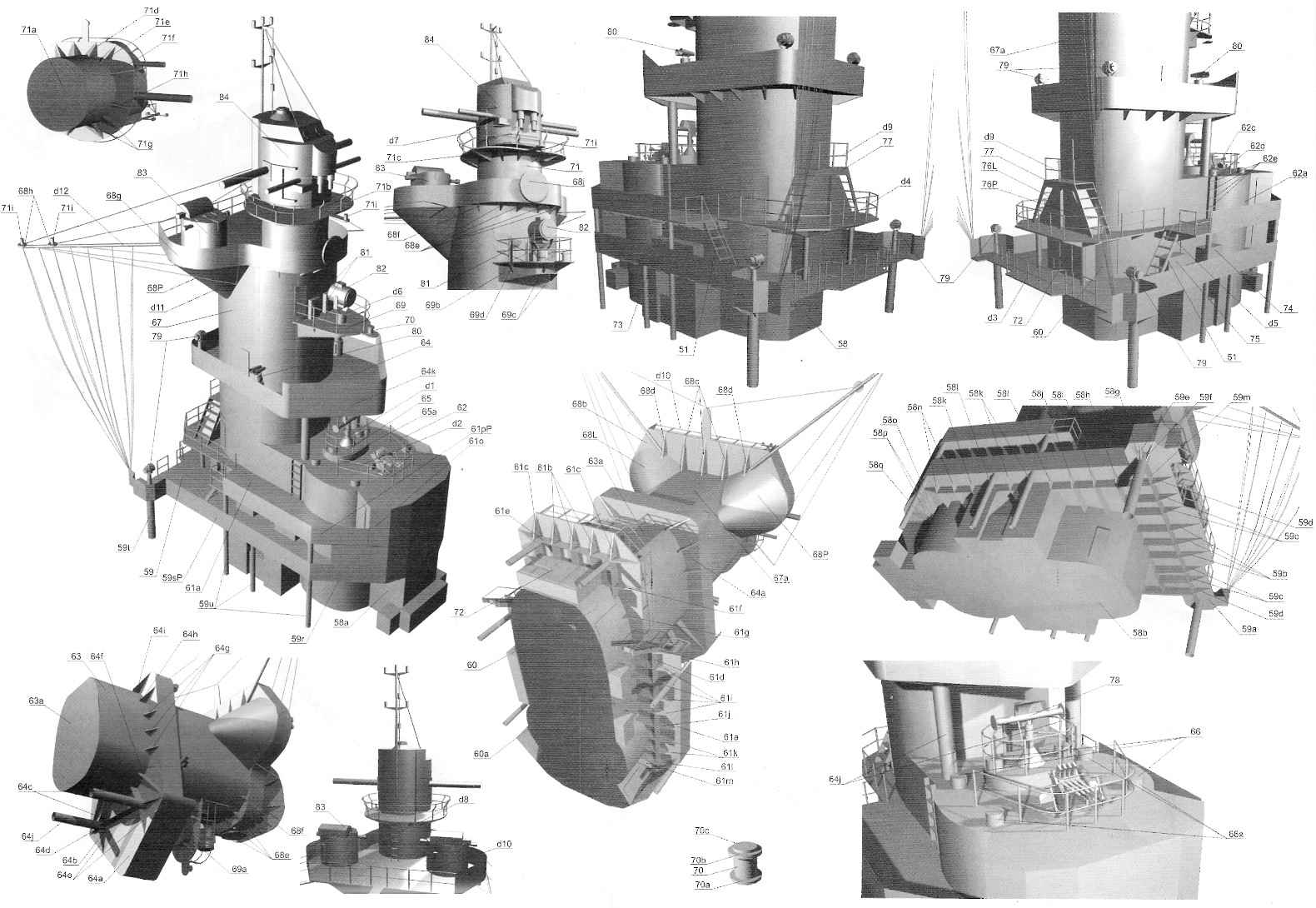 March 10 “Algeri” and transport “Brittany” got the job to deliver to Canada part of the gold reserves of France weighing in at 147 tone. On the way back were extortional transports with 82 planes ordered in the United States.

On 14 June the French fleet began hostilities against Italy, just before declaring war on France. “Algeri” took part in bombardment of Genoa, the goal was the oil tanks.

The last operation in the war for”, Algeri” was the escort of the convoy from Marseilles to Oran.

After the capitulation of France for the French Navy dark days came. the fleet was attacked by former allies-the British in mers-El-Kebir. part was captured by the Germans, the remains of the fleet was gathered in Toulon, where, despite demands to disarm, the squadron still retained all combat units of the fleet, occasionally going out for training at sea.

11 November 1942 the Germans implemented the plan of “Atila” invaded the territory “Vichy” and tried to capture the remaining French ships.

In the night from 26 to 27 November”, Algeri” stayed on the dry dock at the Cute number 4. Was laid explosive charges, with the aim to flood the ship, but not to give the Germans.

6 am “Algeri” the evacuation of the crew on the quay there were the Germans, Wehrmacht officer demanded a meeting with the commander, but it failed. Attempt to speak with the Admiral, LeCroy was more successful dialogue: 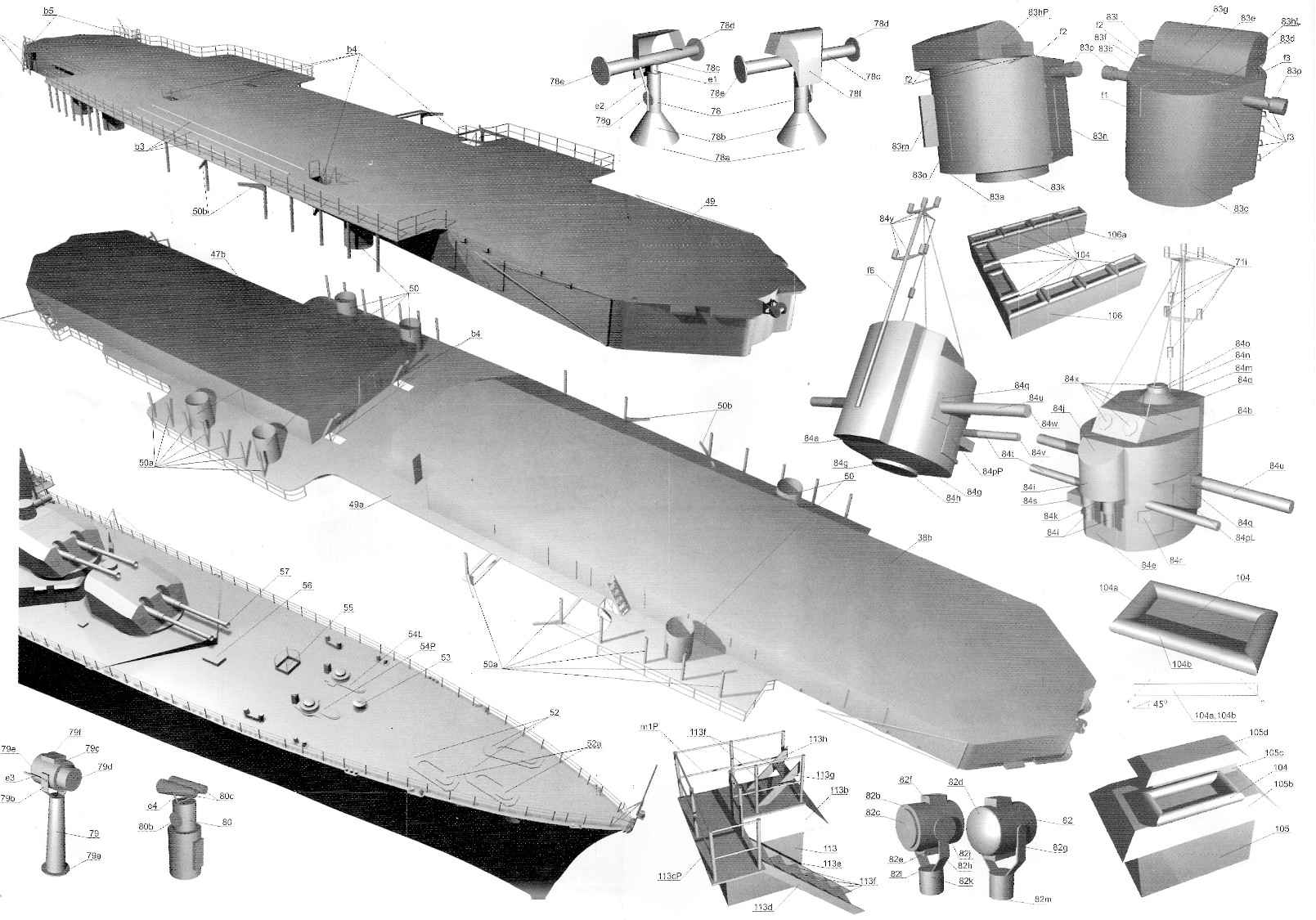 — We came to take your ship, — said the German officer.

In that case, ‘ said the German, we get on the plane.

In this case, — said the Admiral. — it will explode.

At 6.40 the ship was blown up by the team. The ship burned for almost 3 weeks!

3 April 1943 by the Italians under prismotrom their German allies started to lift the skeleton of the cruiser with the aim of scrapping.

The remains of the buildings were dismantled by the French in 1956.

For better acquaintance with history, service and the design of the vehicle, we recommend you to read the dedicated “Algeri” editions of “Sea Collection” and “warships of the world.” 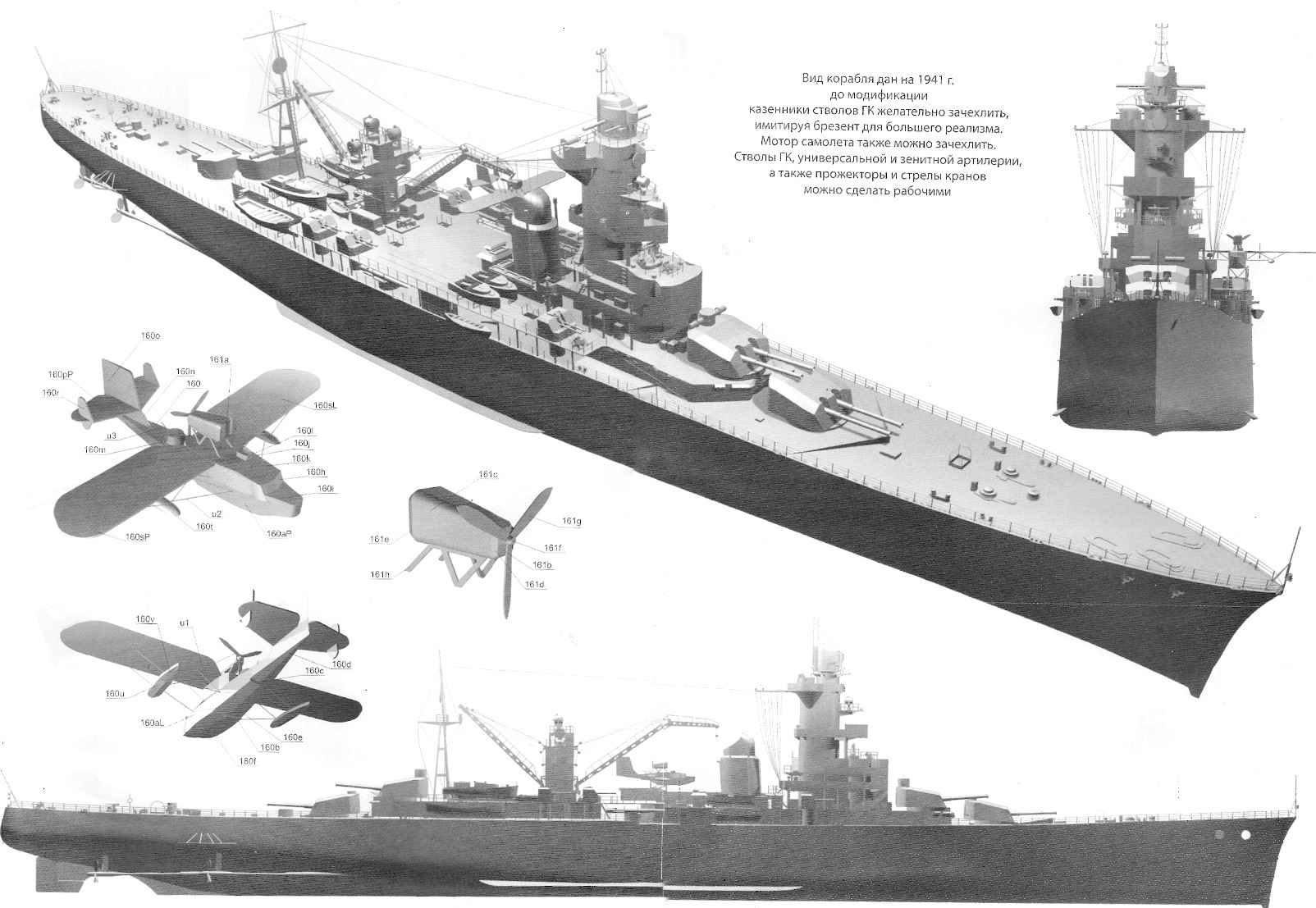 so in the detailed description is not needed. Describe only the difficult moments of the Assembly.

Items 38 and 47. They have a large area attached to the deck, the deck has some bending to the side. Parts 38b and 47b will need to gently bend the shape of the deck.

Bow superstructure. It is desirable to collect gradually from the bottom, as it should look solid, especially carefully it is necessary to adjust among themselves the details 59r and 61 O. it is Desirable that the junction between them was less noticeable as possible.

Details 68Р and 68L to bend along the contour of the glued together 68A and 68b, glued to the part 67, the assembled tower forward of the superstructure.

Before you install the bow add-ons it is advisable to try details 113Р and 113L, in order to adjust the height and angle of ladders.

Mounting parts cargo booms made specially for rotation and tilt.

Tower GK. There are three types A, b and C. the Towers And glued to the deck. Tower B rangefinder in the stowed position before the bow superstructure, tower rangefinder in a fighting position behind the aft mast.

Small parts of complex shape with “Algerie” not much, basically all is simple shapes, easy to Assembly should not be.

As for the “Red Caucasus” parts made on thin paper, also there are parts that are attached to the circulation similarly numbered parts.

Universal artillery. Det. 88 incision from above into the middle part somewhat bent in an arc and glued on parts 87аР and 87aL.

In General, it’s all difficult moments. Templates for detail this detail will enliven the model.

I would like to say a few words about the materials that made model. Was used:

1) “PROFILE MORSKIE” No. 52 on “Algerie” I would like to Express my gratitude to the author and publisher, although there are errors in the drawings of the hull and superstructures, but small things drawn well;

2) Materials from the site of the naval Department of France (the case was made specifically for him).

Enjoy your work and pleasure from the result.

The materials to build a model of the CRUISER ALGERIE (download)