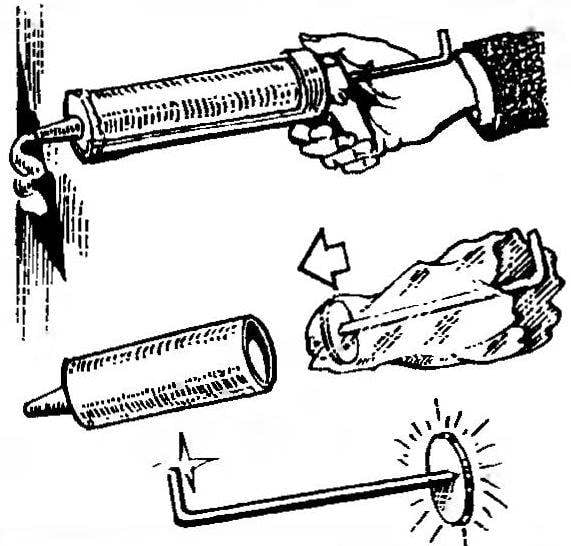 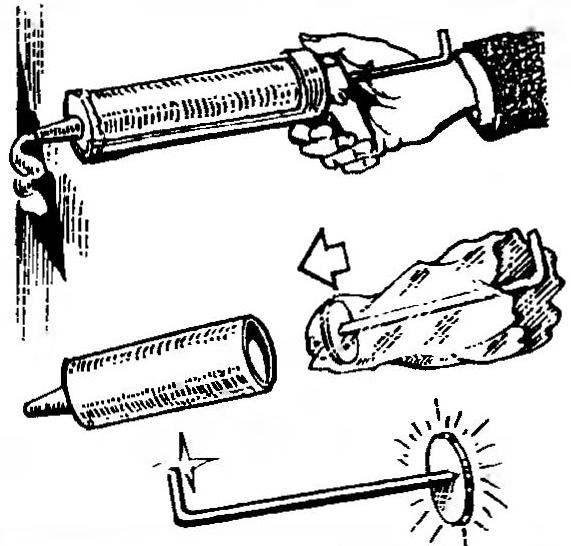 Now very common different sealants in a cylindrical plastic tubes from which they are extruded through the gun lever type.

However, the piston of the gun when it gets dirty penetrating into the cracks with sealant, which badly washed and harden. To avoid this will be put on the piston a plastic bag. After use the tube can simply be discarded.