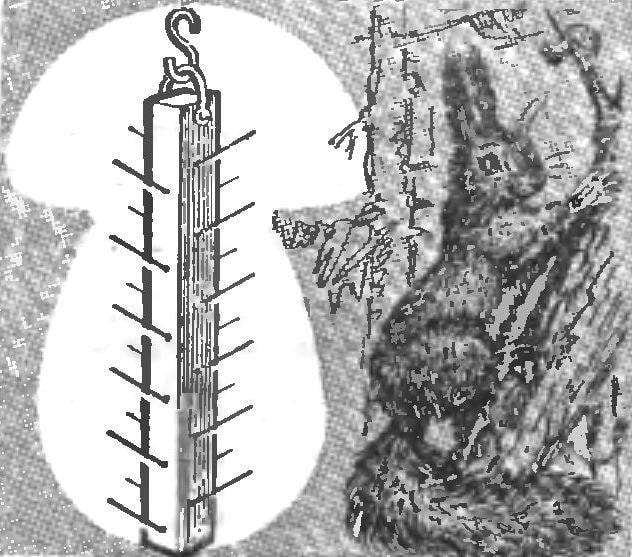 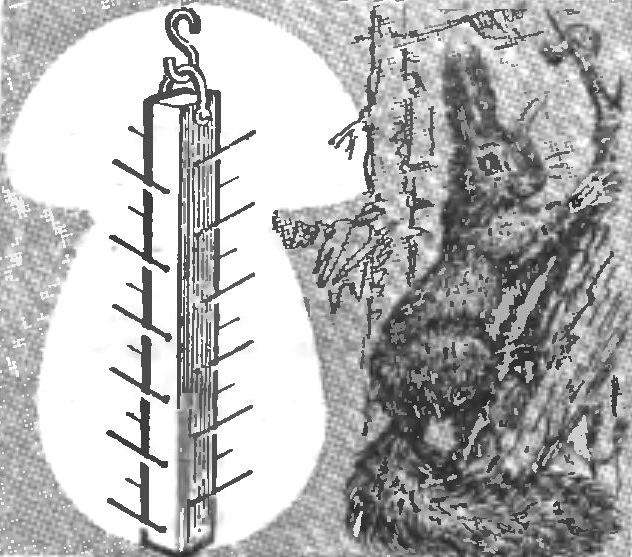 They say that squirrels dry mushrooms and berries — stock for the winter, — knots stringing them on trees. Don’t know how true this is, but nevertheless it is this simple principle I used and its design of the dryer. The role of knots perform trimming wire Ø 1 mm inserted into holes on the four sides of the wooden bar. In the upper part of the shackle provided with the hook.