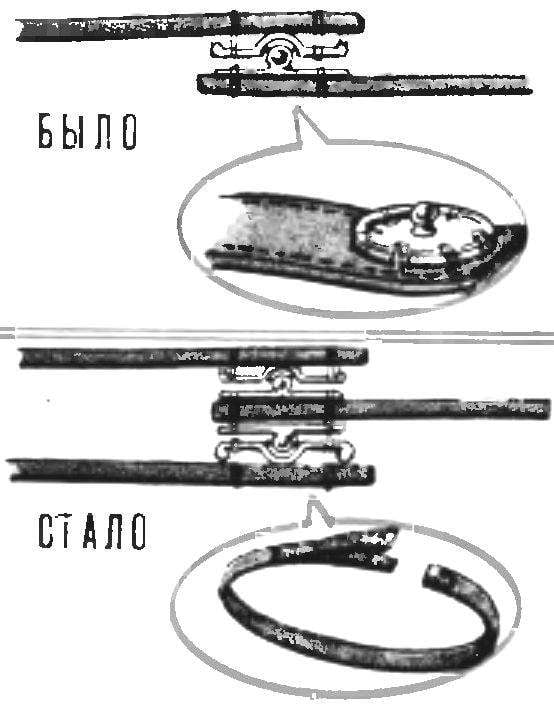 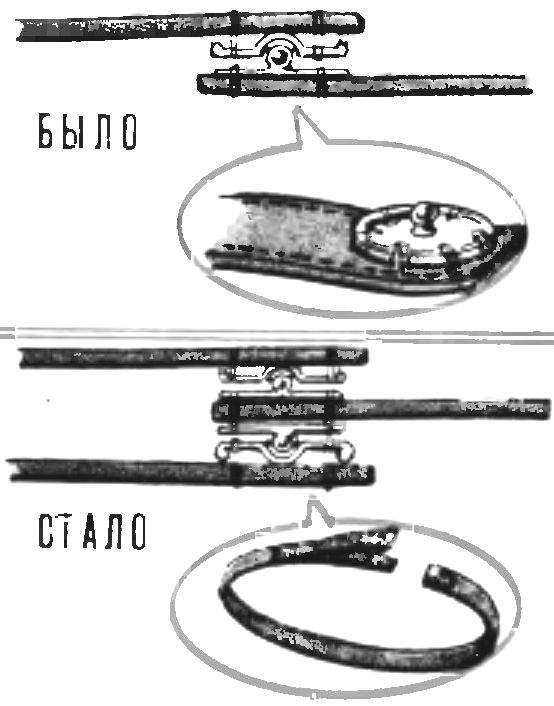 The belt on the buttons unbuttoned even faster than secures, even from mild random efforts. However, to abandon the buttons and replace them with, for example, hooks is not necessary. A small improvement — and is amazing: here is a duplicate keypad lock, which is shown in the figure, unexpectedly will never undo. He arranged quite simply: on one end of the belt of polyrope sewn on both sides, and return their parts are fixed on the other, bifurcated end of the belt.
S. GOLIKOV, St. Petersburg, Russia