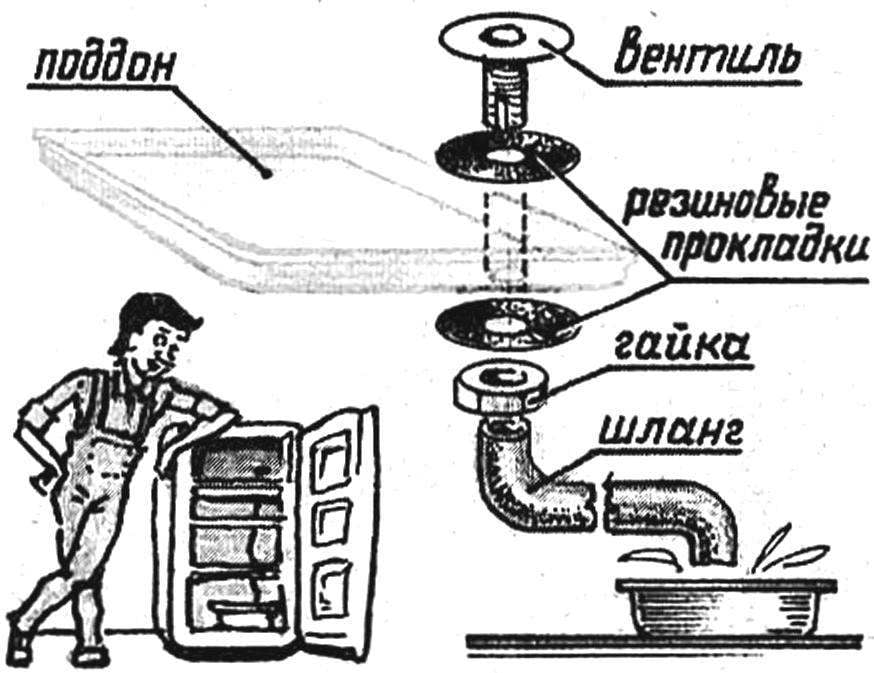 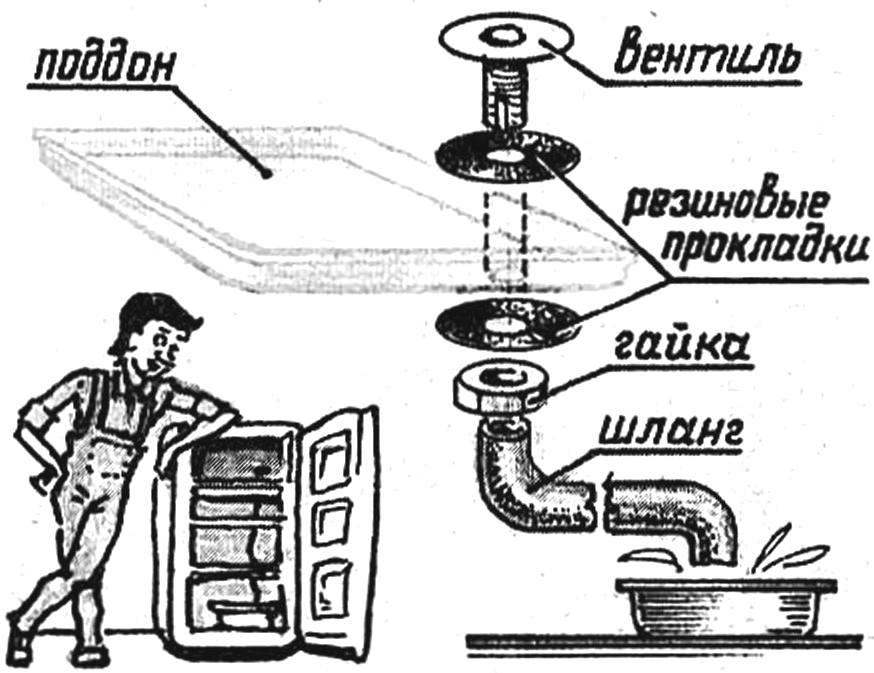 strangely enough, that’s right: I’m tired of every time, defrosting the refrigerator, messing around with the water accumulating in the sump of the freezer. And made a “gutter” in it.

I drilled in one of its forward corners of the hole it put in the valve from velachery (of course, without the nipple), and it pulled a rubber tube (red health)— it has a convenient drain. Put into a tube of any vessel and do not know worries.
B. ANTONOV