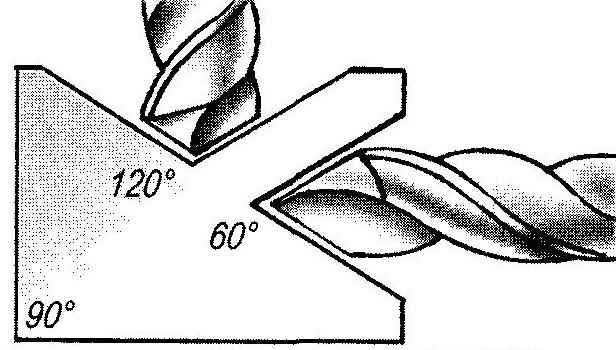 Depending on the processed material from each drill must be properly sharpened. To verify the correct angle will help a specially prepared square plate of copper or aluminium with a thickness of 1 mm.

To become operational protractor enough to cut it cut, as shown in the picture: a large cutout at an angle of 120 degrees, the other half is 60 degrees and the surviving corner of a square is 90.