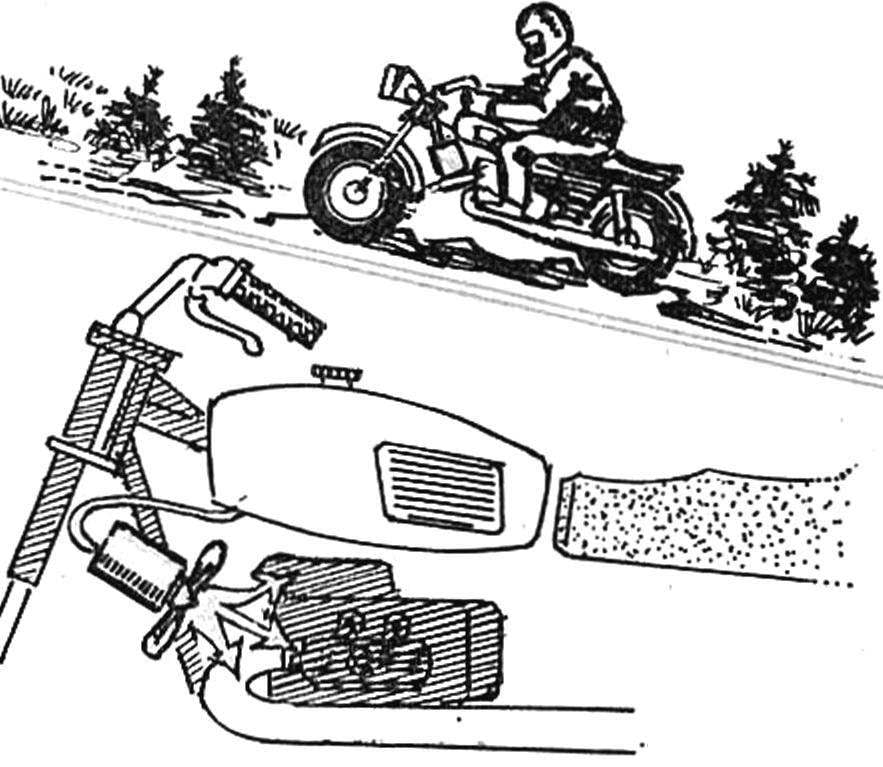 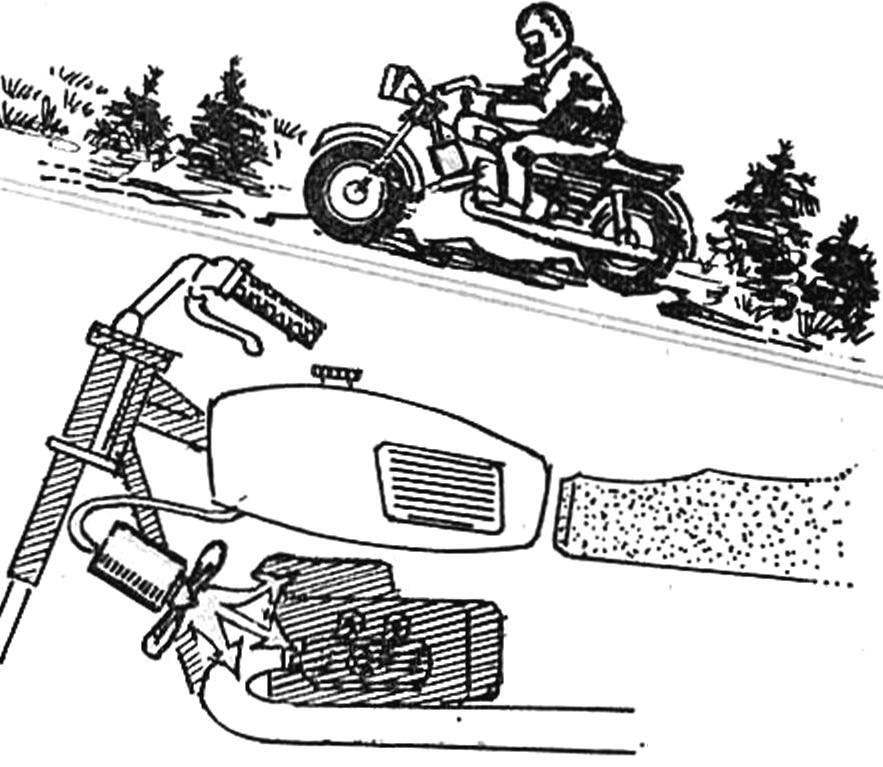 Motorcycle owners know how difficult it is to operate the motor at low speeds — for example, when the motorcycle moves along a dirt bumpy road. Without blowing counter-flow cylinders overheat, the engine loses power, wears out faster… I’m getting out of this situation, using forced cooling. On his “Ural” installed two small fan in front of each of the cylinders that include at low speeds. The two-year operation of the upgraded motorcycle showed high efficiency of my improvements. By the way, it allows long to operate the motor even in the Parking lot — for example, when it is adjusted.