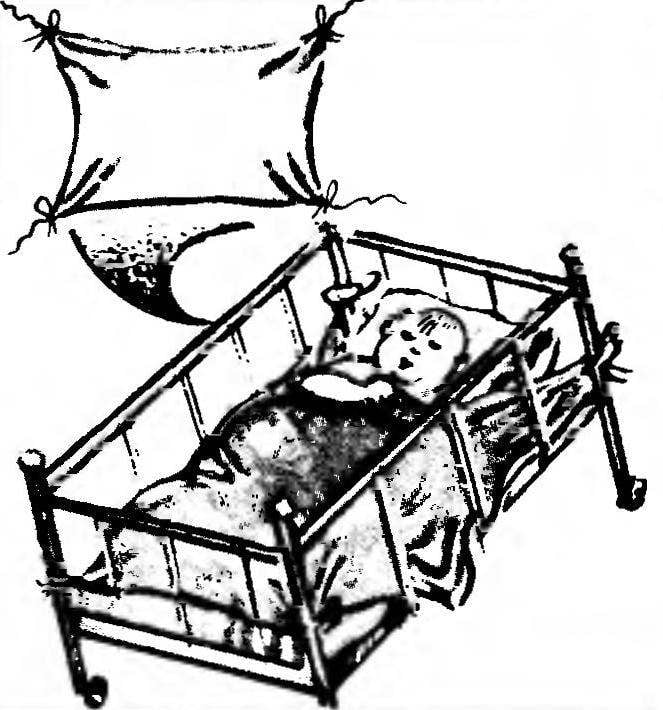 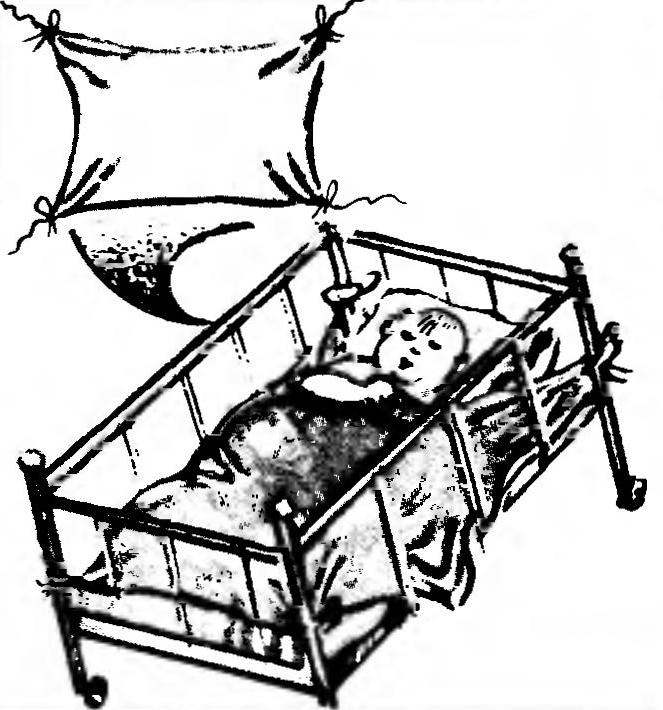 Night little children, tossing and turning, dropping the blanket and from the cooling often catch colds. Parents have to Wake up and see not revealed whether the baby.
Meanwhile, it is easy to make a blanket raspolzayas. Enough to the corners to sew underwear elastic segments, the ends of which are slightly pulling, attach to the sides of the crib. Baby all night covered with a blanket, and parents — sleep.
A. KUPRIENKO Kyiv