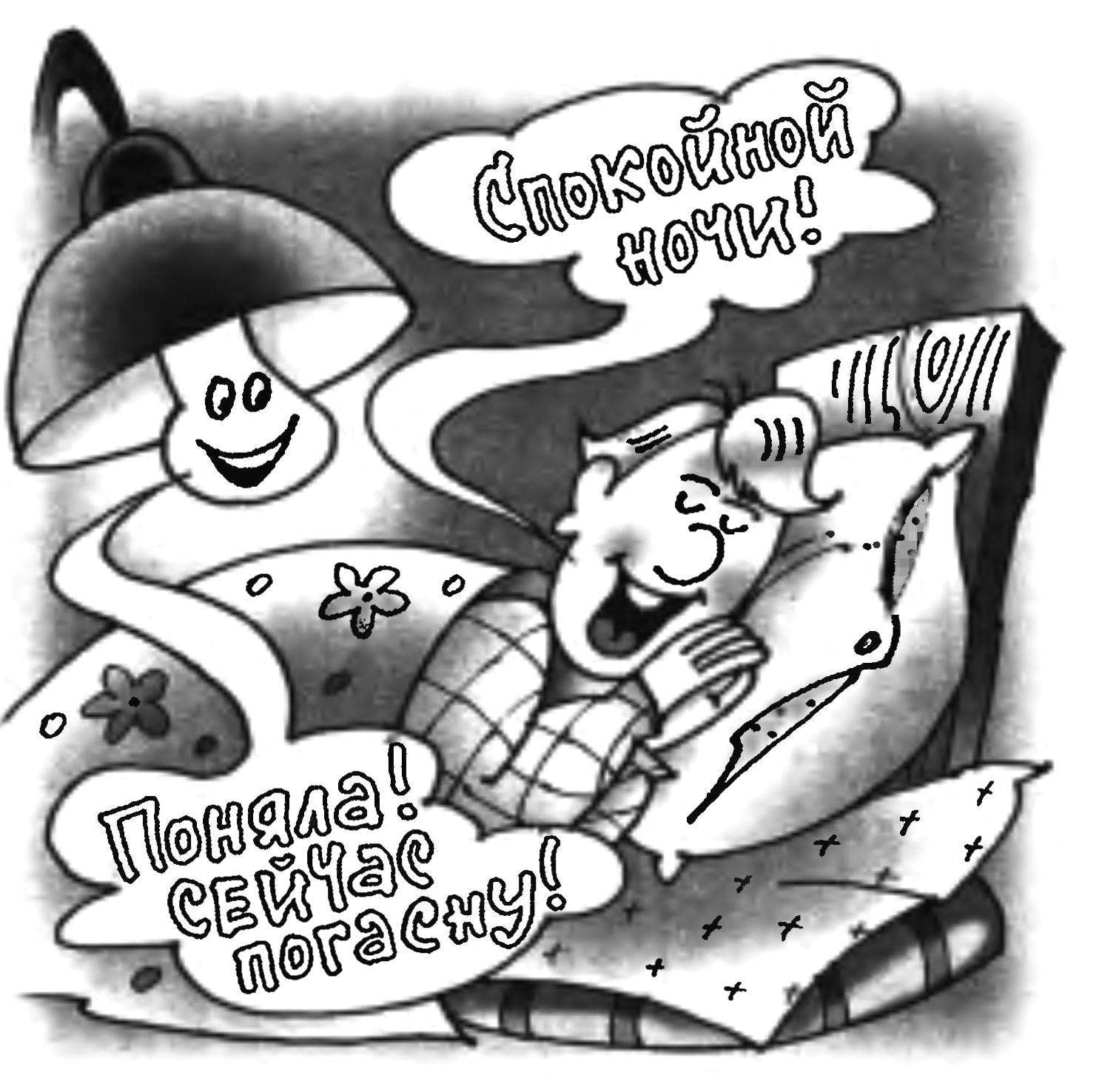 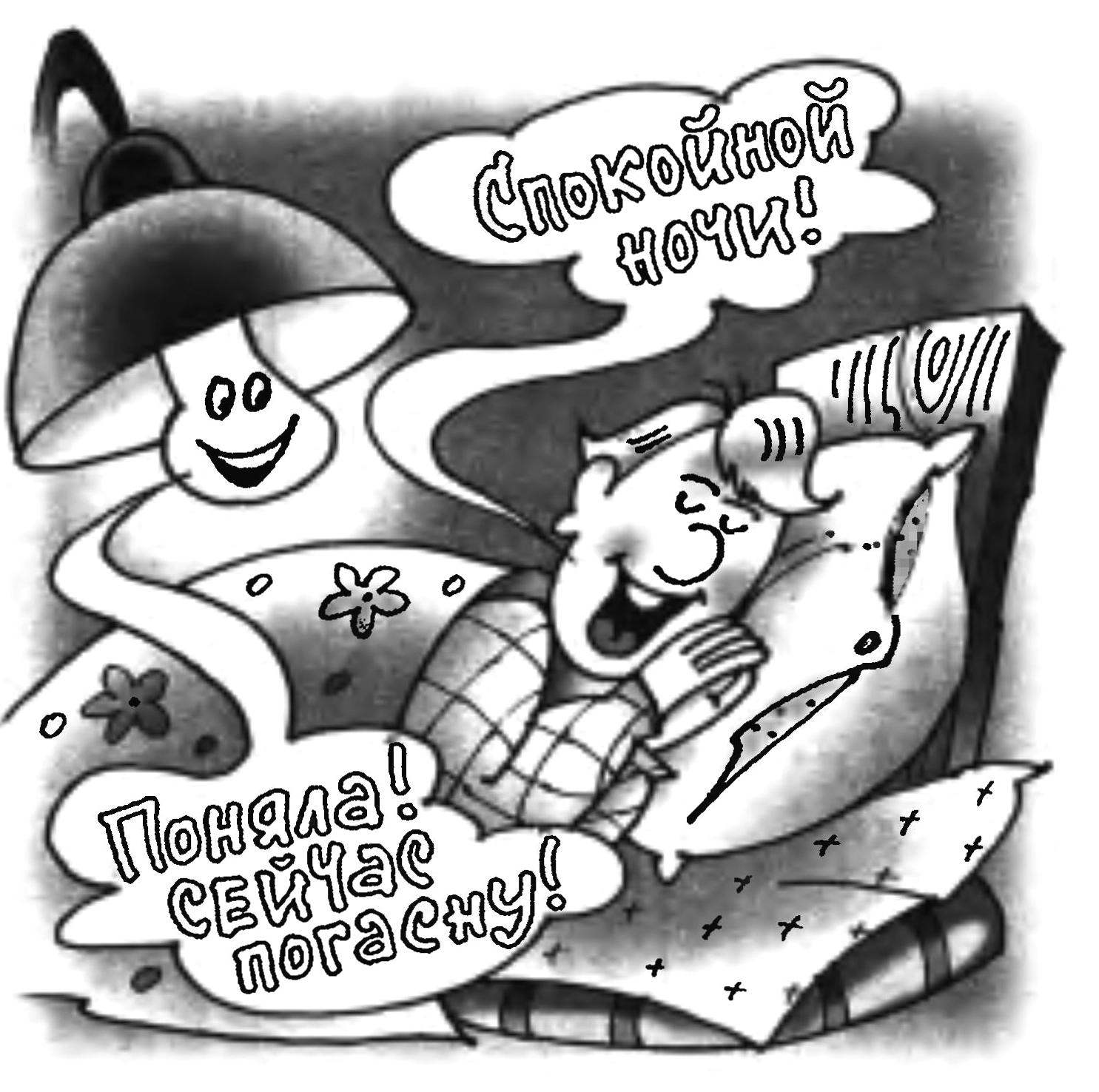 When using electrical appliances (e.g. electric light), there is an inconvenience: you want to sleep but have to get up to go to the outlet and remove it from the fork. The proposed electronic device allows you to control (turn in work on or off) of various household appliances at a distance of just spoken sounds. Suffice it to say a certain word and please: earned (or stopped) the radio or television; lit (or extinguished) electric lamp or Christmas tree garland.

The device consists of a controller and three switches. Used to control three command words: “the light” to turn on the lamp, “color” to turn on the Christmas tree lights and audio — to make the radio.
Control scheme containing the filter unit, in which the analysis of the frequency and amplitude of the audio signal (spoken word), depicted in figure 1. The results of the analysis are transferred to the memory circuit for comparison with the command words. When they coincide with the memory circuits receive control signals to turn on or off the lamp, the Christmas tree lights or radio.
Voice signal from the microphone ВМ1 is supplied to bases of transistors VT1, VT11, VT22 and VT25 block filters. Transistors VT2, VT3, VT4 assembled filter high frequencies that emit from a speech signal, the hissing sounds of “s, u, z”, which filters out high-frequency filter, passing the chain C1 — VT2 — VT3 — R6 — VT4. Additionally, the signal sounds “C, d, s” filtered circuit of the transistors VT5 and VT6, the capacitor C2, resistors R8 — R11. The obtained constant voltage equal to the level of the sound signal “C” passes the chain R12 — W — R13. The signal sounds “C, d, s” with their voltage level passes through the circuit R32 — C5 — R34. The same signal sounds “C, d, s” through resistor R33 opens the transistor VT15. Received through the diode VD2 to the base of transistor VT7 voice sound signal “C” it opens, and the transistor VT8 is closed. Formed on the VT8 collector voltage charges the capacitor C4. The charged capacitor maintains the open state, the transistor VT7, and VT8 of the transistor remains closed. The sound signal “C” received at the base of the transistor VТ7, memorized logic element, assembled on the VТ7 and VТ8 transistors, resistors R14 — R17, the capacitor C4 of the memory circuits. The high level signal from the collector of transistor /T8 is double delay line, collected on transistors /VТ T9 and 10, the resistors R18 — R22, capacitor C6, diode VD1 and the VТ19 and VТ21 transistors, resistors R23, R67, R69, R70, R72, capacitor C12, diode VD9, and through the diode VD4 is supplied to the base of transistor VТ8, opening it. Thus transistor VТ7 closed. The voltage on the collector will be zero. There will be no signal memorizing sound.
When entering through diode VDЗ signal sounds of “C” or “z” on the base VТ16 the transistor opens and closes VТ17. This logical element, a memory circuit (transistors VT16, VT17) stores the signal of the sound “TS” or “z” at the time of the voltage of high level from the collector of transistor VТ 17 through the delay line transistors VТ18 and VТ20, resistors R39 — R43, capacitor C7, diode VD5. Via the VD6 diode voltage high-level acting at the base of the transistor VТ 17, opens it. Thus transistor 16 will be closed VТ. The voltage at the collector of transistor VТ17 will be zero. There will be no signal memorizing the sound “TS” or “z”. 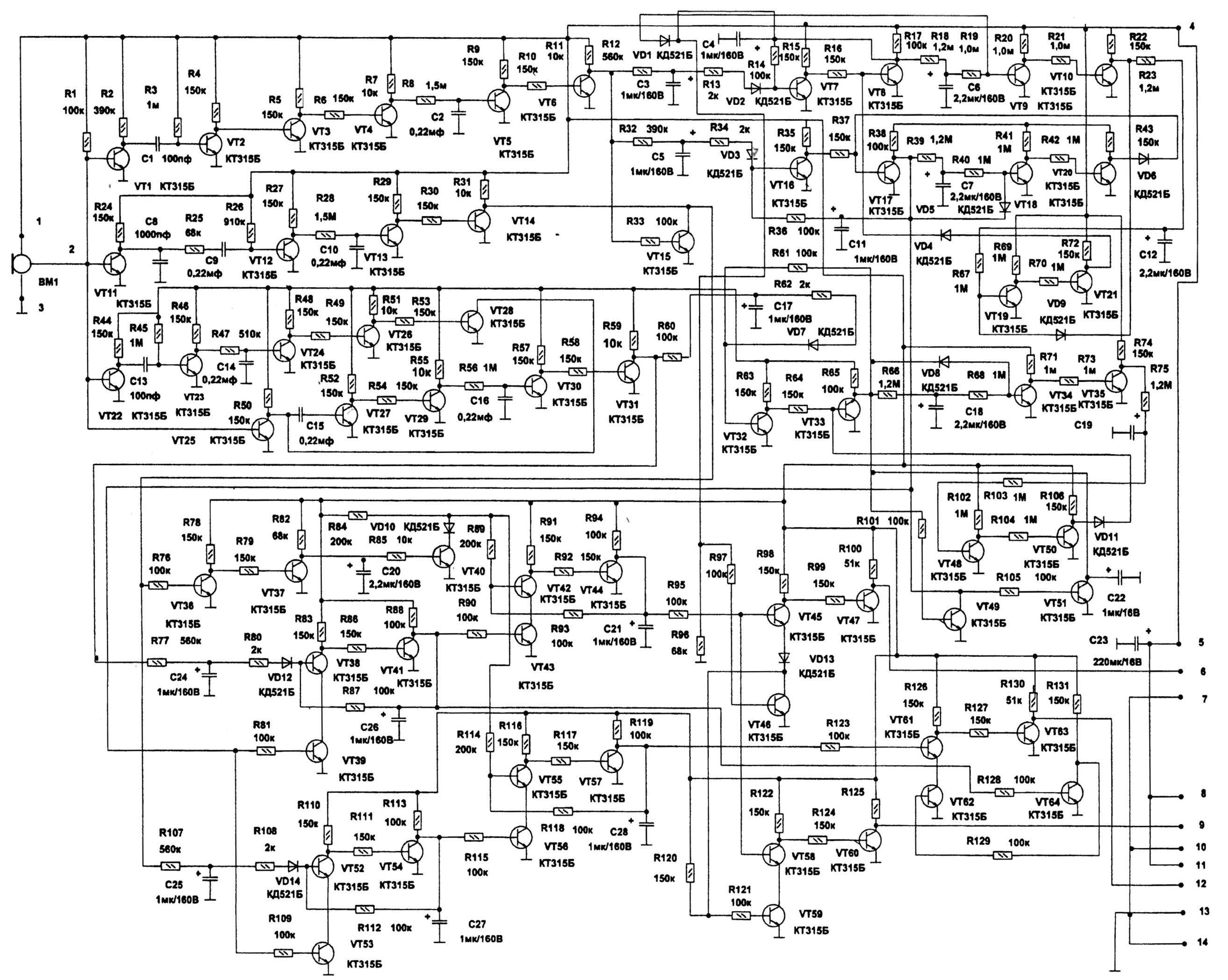 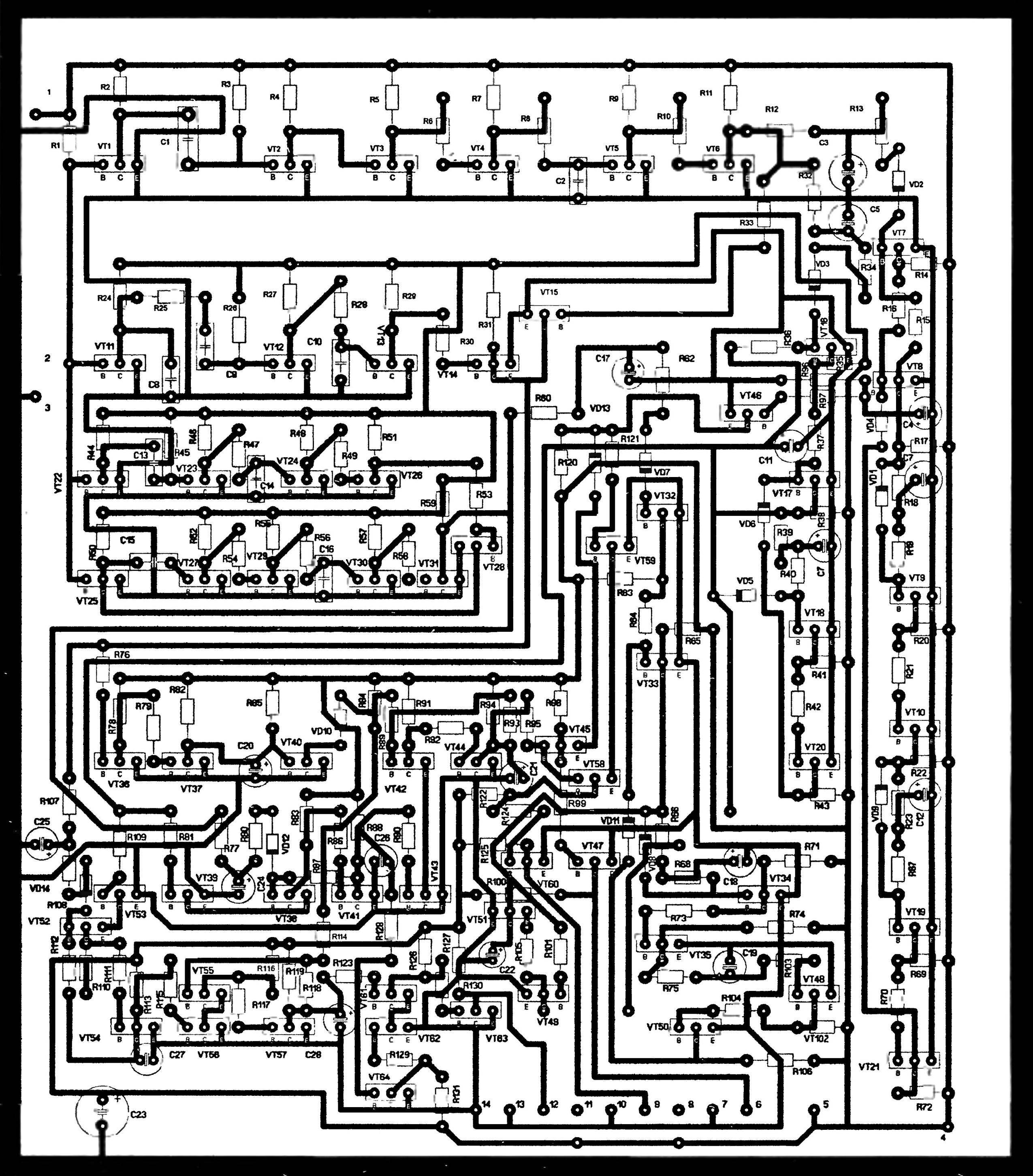 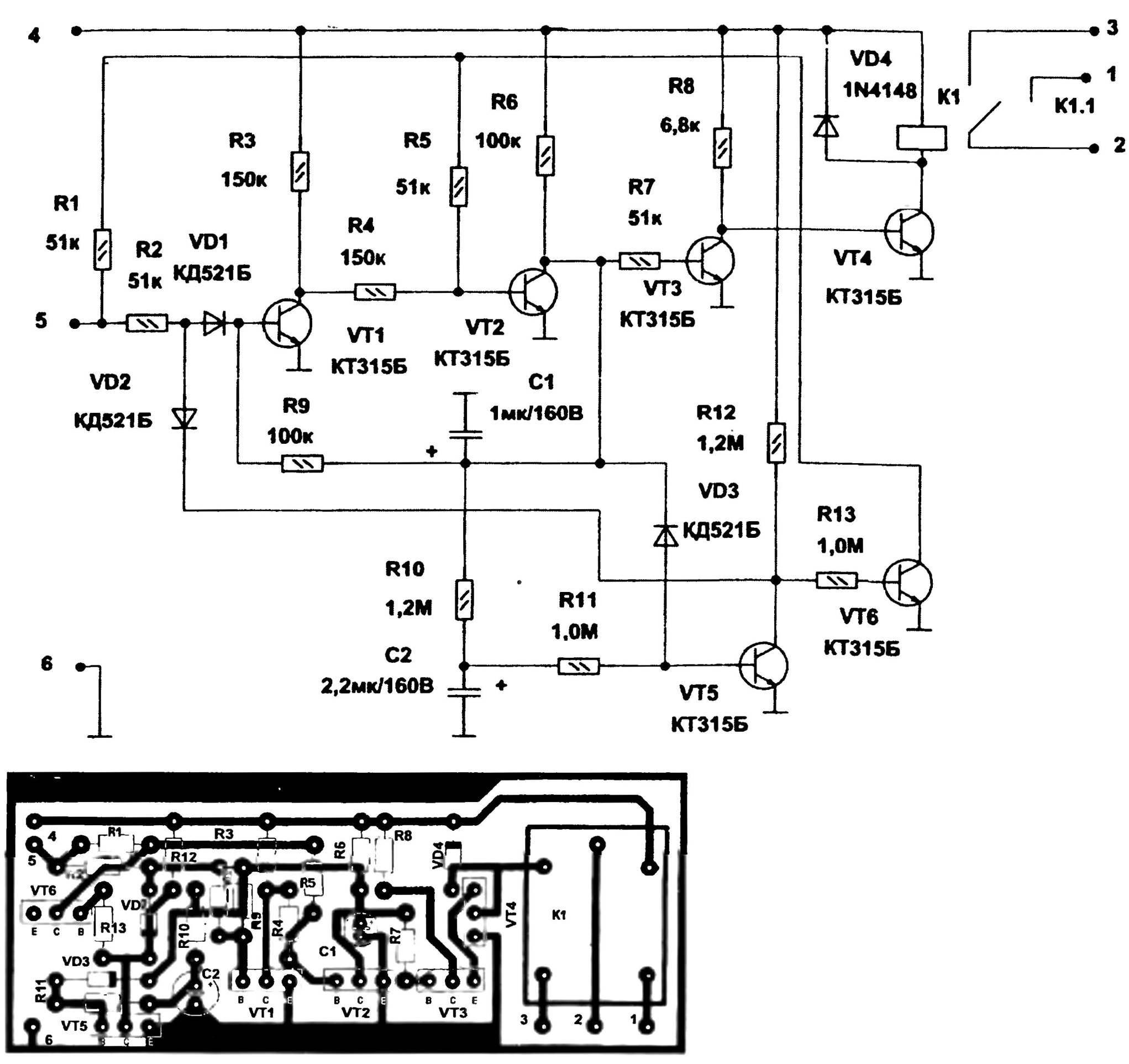