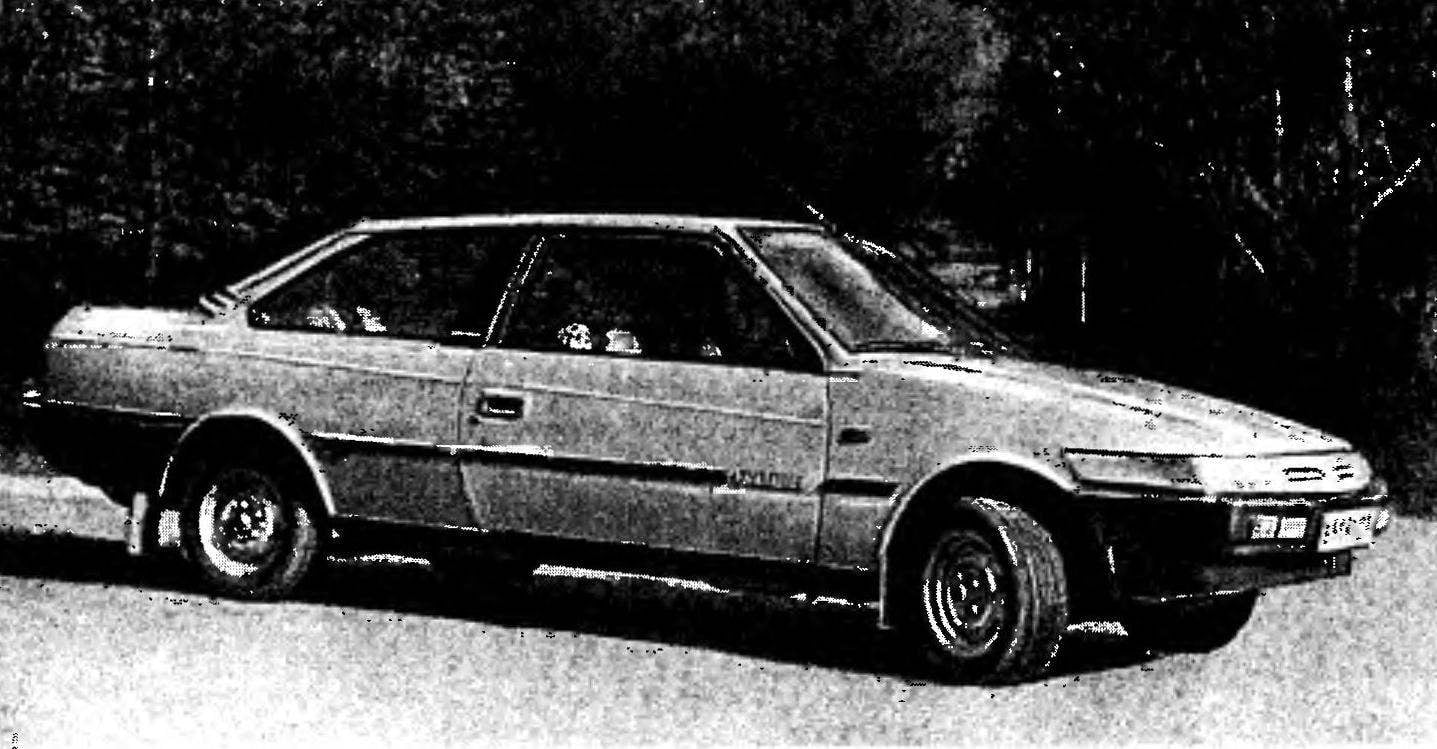 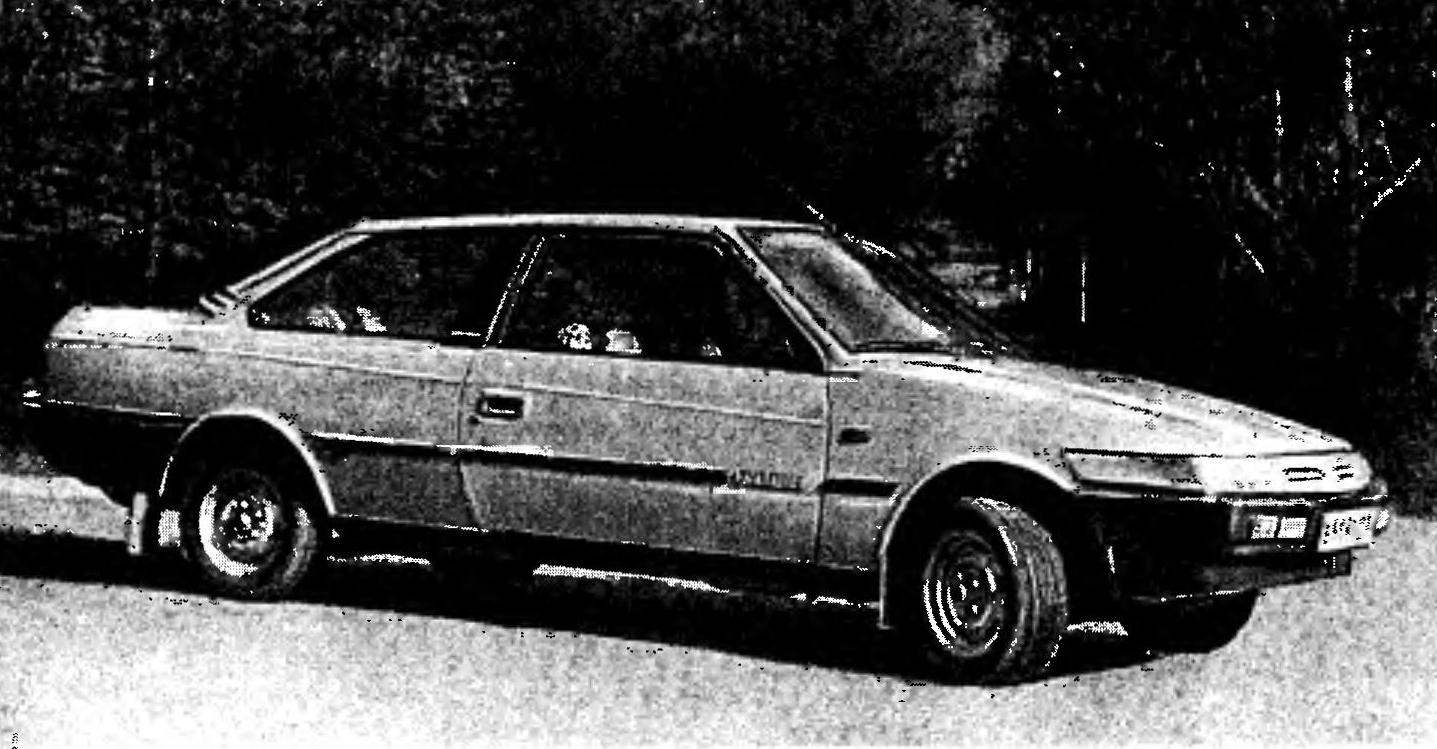 In recent years, publication in the journal “modelist-Konstruktor” of the Amateur autocostruzione Willy-nilly suggests that homebrew almost refused to create a full character, complexity and depth of cars in favor of predominantly simplified in design “midget” two stroke engines. We are glad to inform that this is not so. Proof of that is created by our reader V. Revoluta from Stavropol NRA beautiful design passenger car “Natasha”.

The car “Natasha” is a two-door sedan classic layout with the engine USAS-412 cylinder capacity of 1500 CC. the Car was certified and officially registered in the traffic police in may 1993, and after two years on the odometer it has a very impressive number — more than 30 thousand km the Machine is operated almost every day during the whole year.

Rigid frame thrust and damping dynamic load, well-matched springs and shocks suspension make travel effortless and pleasant: the car runs smoothly, silently, and at a speed 90 to 100 km/h — with practically no noise. The fuel tank capacity of this vehicle is 80 liters, which greatly facilitates the operation of the machine, reducing almost by half the frequency of refills. This is especially useful on long journeys.
The car I did relatively quickly — in less than a year; however, this was given all the free time. I would like to warn over-zealous homebrew that work on the creation of the modern car is not as simple as sometimes you have seen from the articles in popular science periodicals. It is a big job, and to pick him up, and requires a great desire. In addition, you must have certain skills designer and technician, machine operator and welder… in a Word, self-delico stand alone to do the whole complex of works, which usually rests with the whole design office, coupled with an experienced shop or even a factory.
The car was designed as a family vehicle with a spacious interior, with a large margin of safety and reliability is determined its design and dimensions.
The car is all metal, with plastic bumpers and the front decorative panel. The dimensions and weight it is close to the Volga — a little bit shorter (210 mm) and is slightly lighter (200 kg). Curb weight of the car is around 1210 kg.
Bearing part of the body is a frame of u-sections of variable height (from 60 to 80 mm) and a wall thickness of 2.5 mm and pipes of rectangular and square with dimensions 20×20 mm, 20×40 mm, 30×40 mm, and 25×50 mm. All joints (including the joints of body parts) was performed by manual arc welding using electrodes Mr-3 OZS-4 with a diameter of 3…4 mm. During operation of the vehicle on the welding seams, no defects were detected.
The bottom of the frame sheathed with steel plates (“black” and “stainless”) with a thickness of 0.7…0.8 mm with welding — seam intermittent. 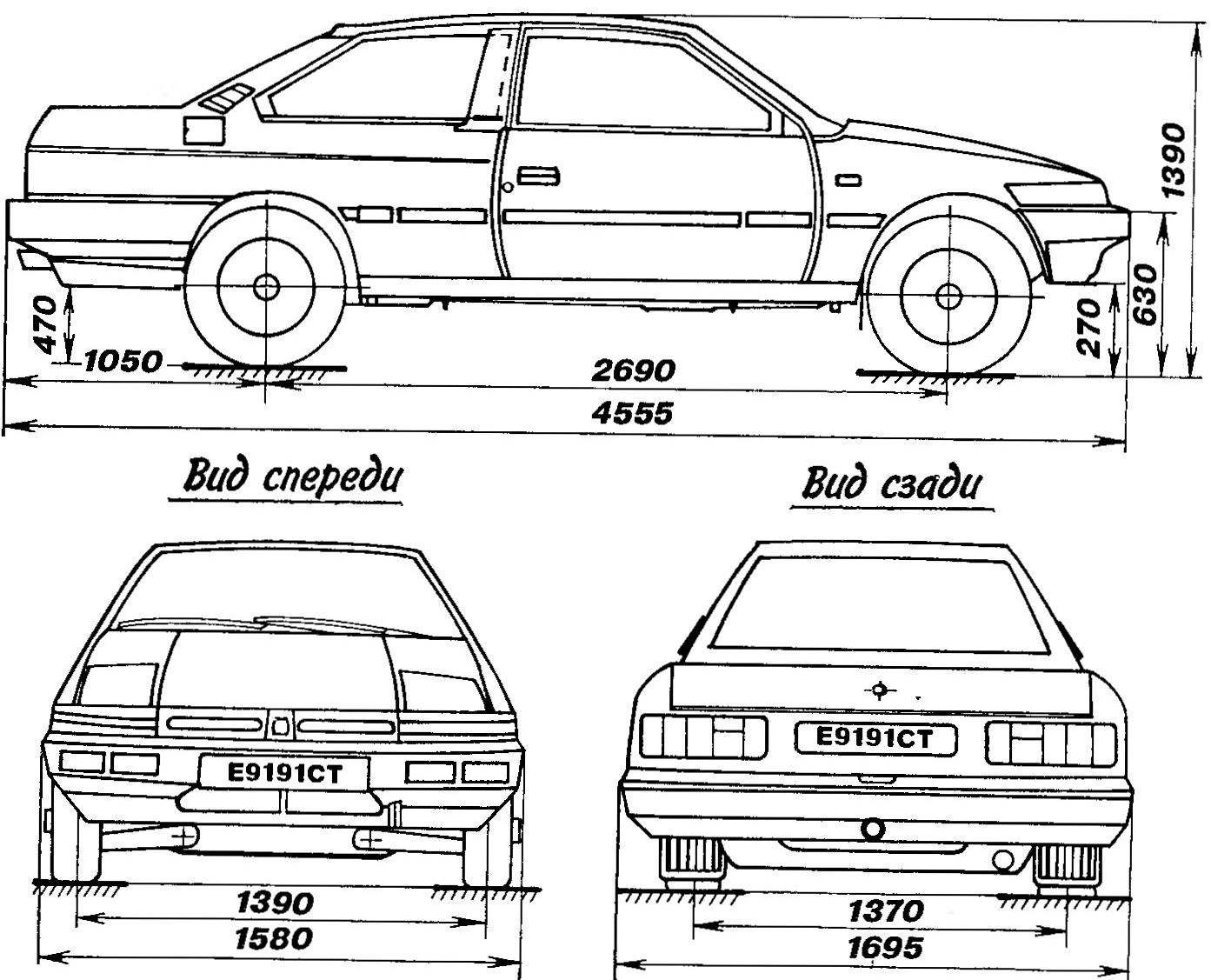 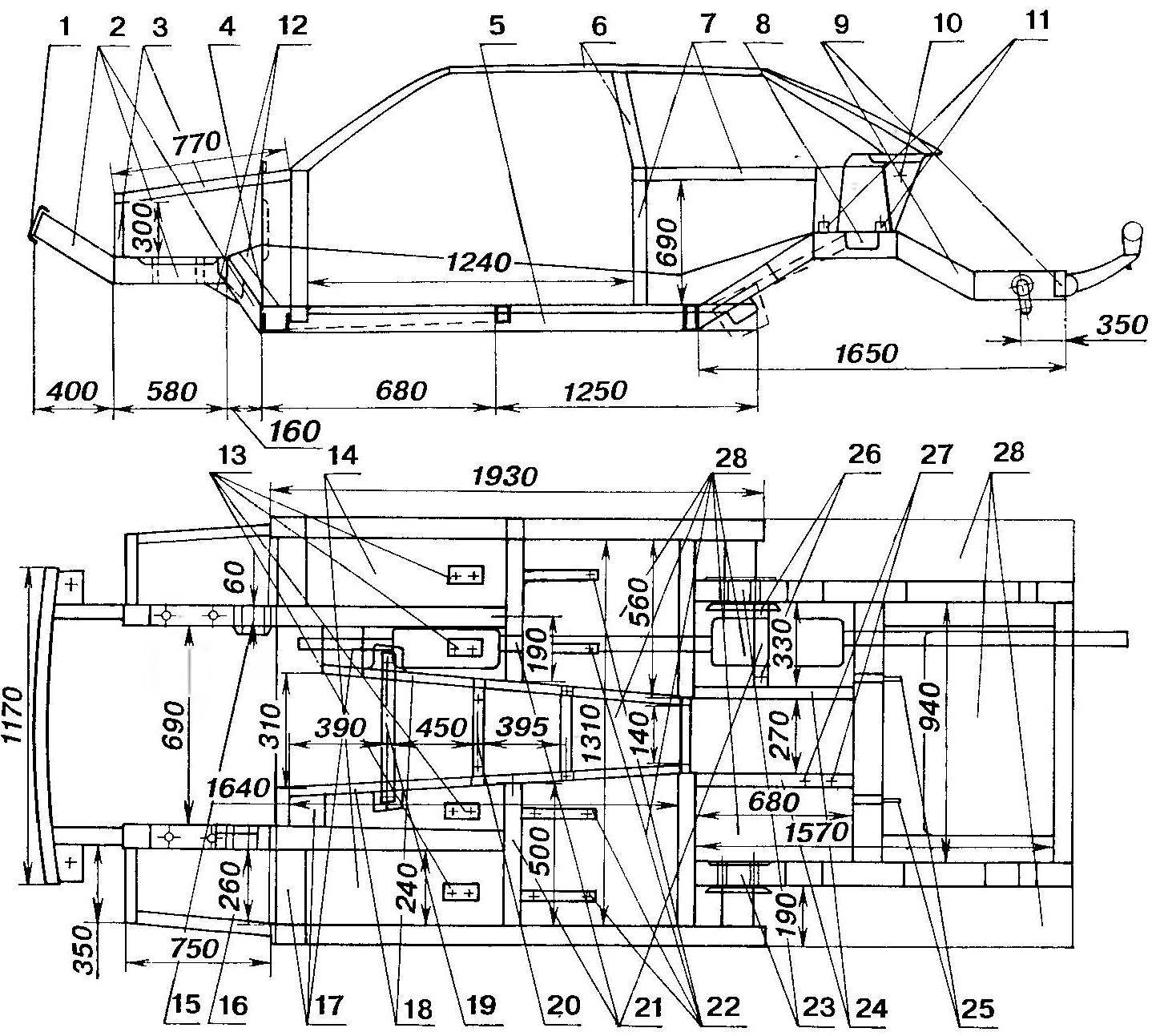 Fig. 4. The front longitudinal end (in the drawing left, right — flip, is different from the left mount idler arm steering):
1 — reinforcement of the gusset plate, 2 — front panel (steel sheet thickness 1 mm), 3 — crossbar (pipe section of 20×20 mm), 4 — hole under the bolts of the spar to the beam front axle, 5 — a niche below the steering mechanism, 6 — point fastening of the steering mechanism. 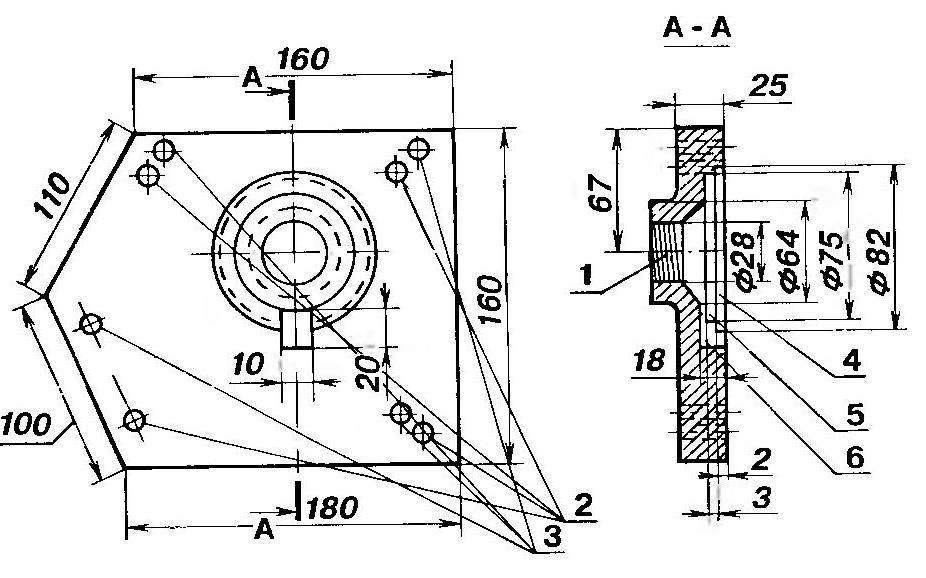 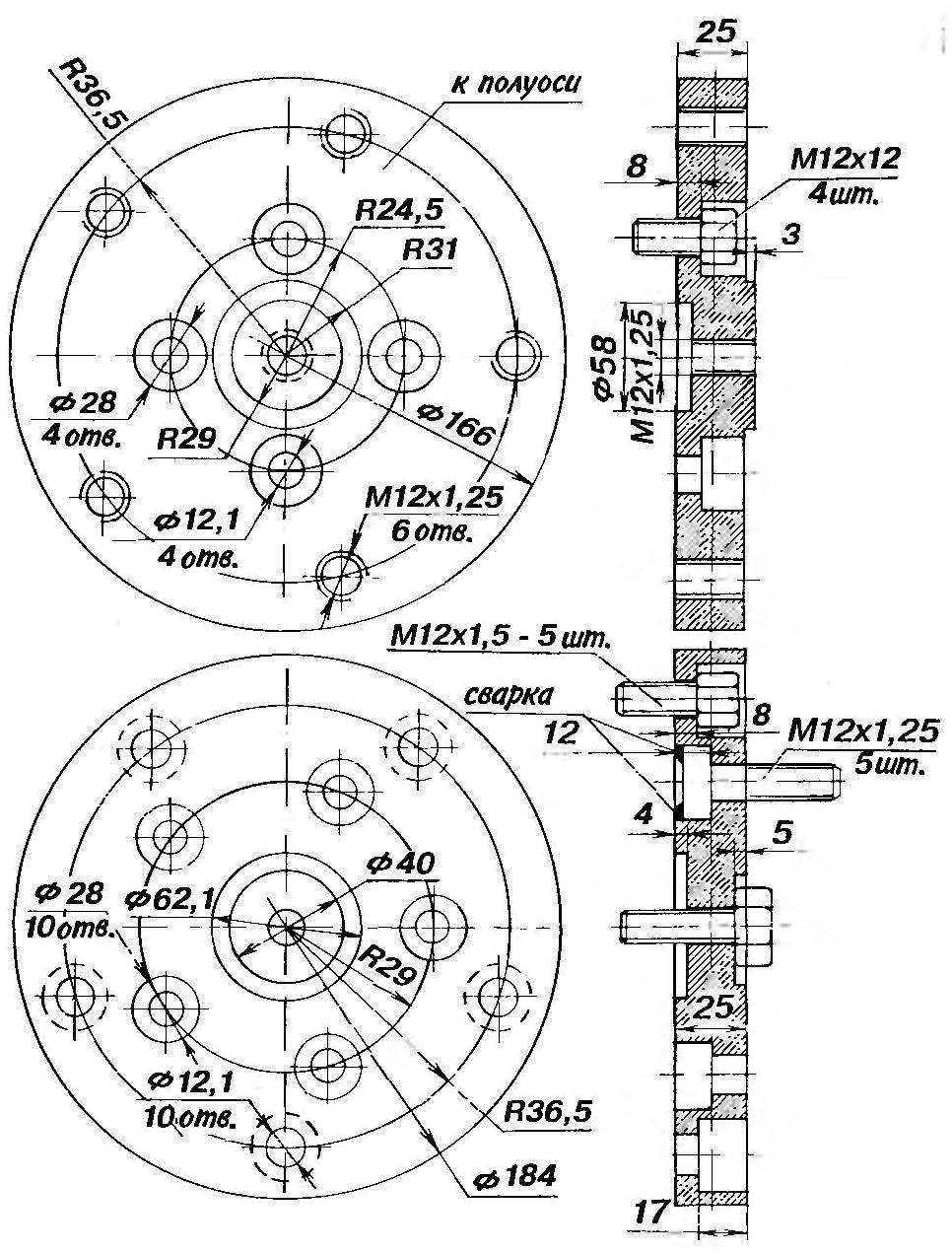 Fig. 9. Adapter flanges (with mounting bolts) from the bridge VAZ “moskovichevskoe” drives (for the planned projection of the bolts is not shown).
Fig. 10. A beam front axle. 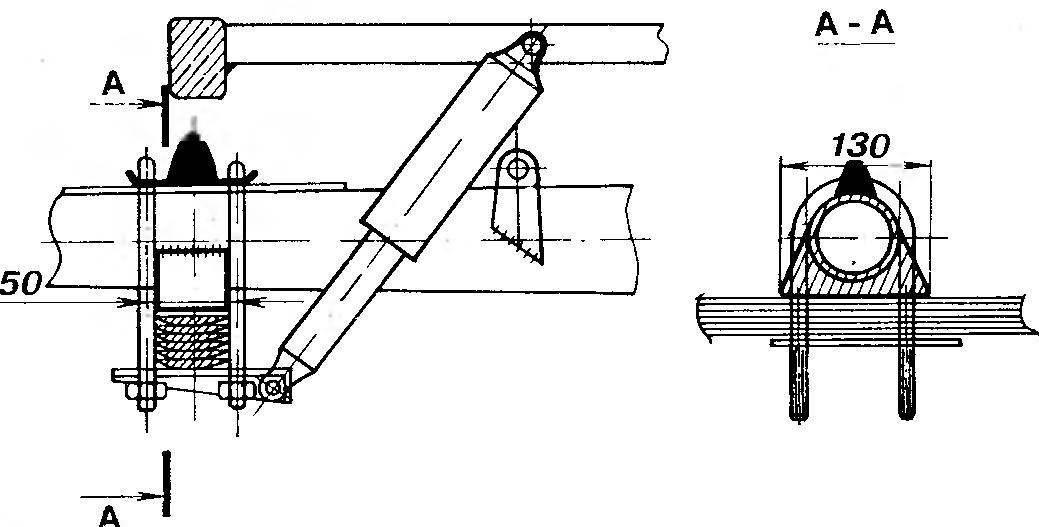 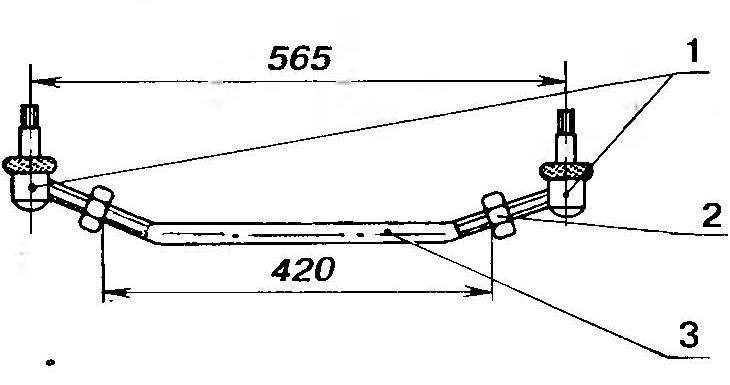 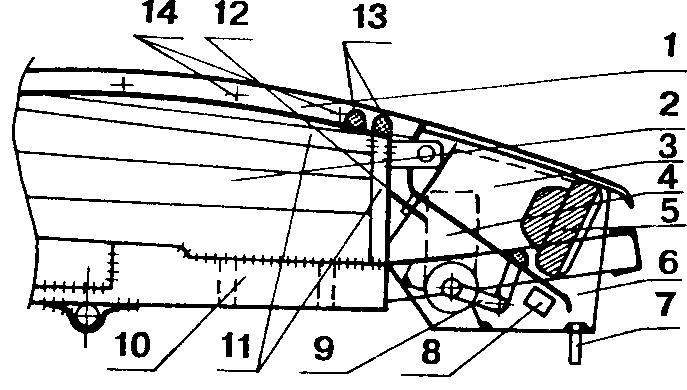 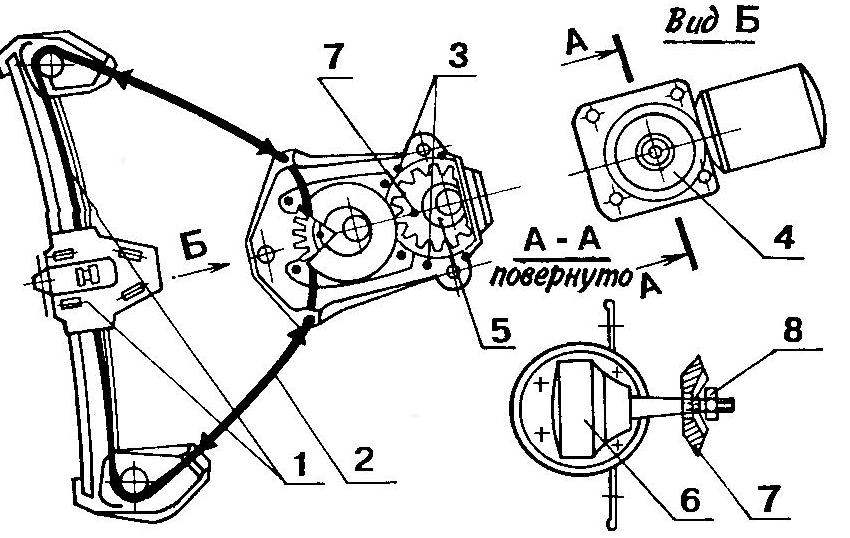 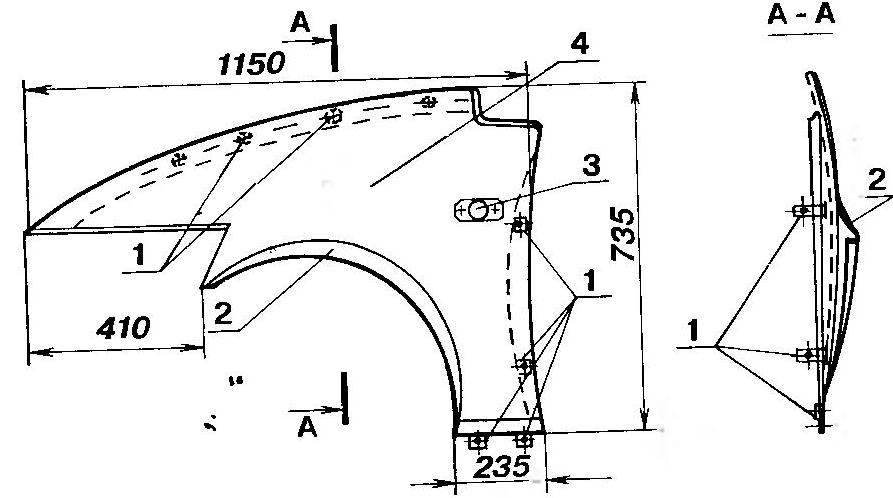 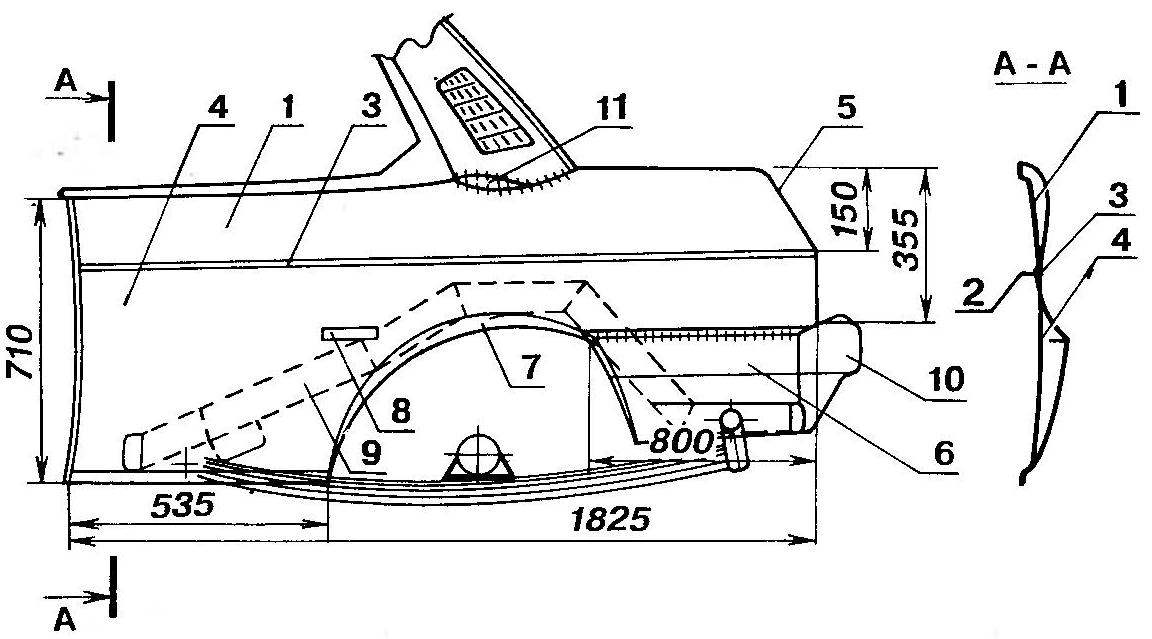