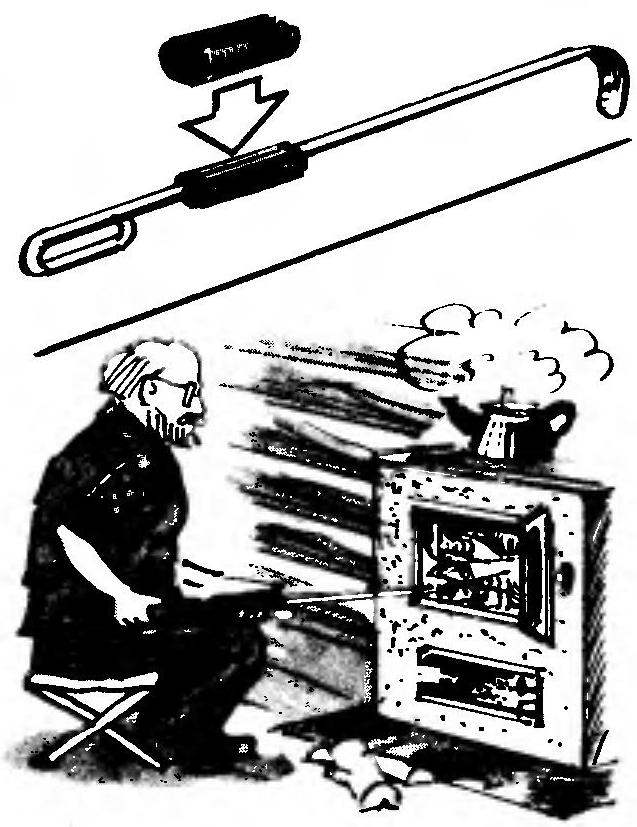 The one in the house heating stove or fireplace knows that, no matter how ostorozhnichat with the poker hands will still be covered in soot. This will not happen if the poker to put on the moving handle of a metal tube with a length of about 120 mm, is first sawn along it, and then objav in a vise. Now you can wield the crowbar with two hands, not afraid to get dirty.
G. ANDREEV, p. Shumikhinskiy, Perm