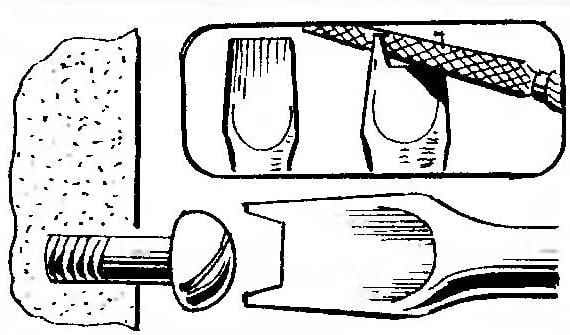 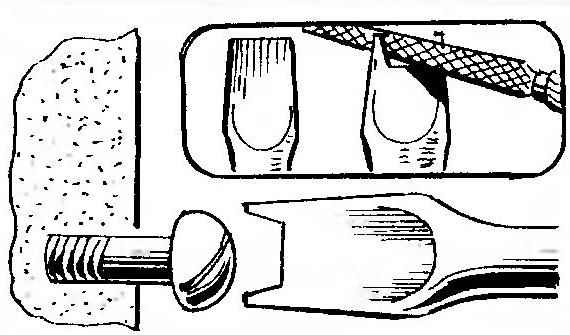 The main advantage of the Phillips screwdriver slotted in front of the centering tool and fastener, in which virtually eliminates the slipping of the sting with head even with a small misalignment of the tool. Almost the same effect can be achieved slotted screwdriver if the to change its tip as shown in the figure below: to whittle away the middle part, leaving the edges of the mustache. However, the screws and the countersunk screws I have yet dovorachivat standard screwdriver.