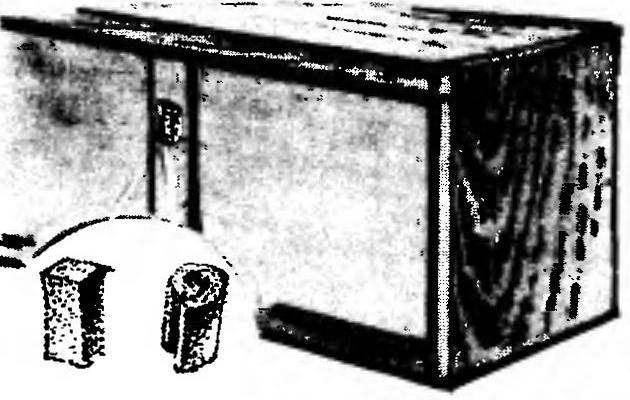 Often the glass in a bookcase or sideboard nasty rattle. Than just not trying to fix: paper tubes, rubber inserts, scraps of eraser… But it’s options until the next retraction, and then re-bung.

Offer in a place where the edges of the glass overlap each other to enclose between them the block of foam. When moving the glass, he does not fall, and rolled into a cylinder; in the reverse movement of the glass returns to its original position.
O. EVDOKIMOV, Saint-Petersburg