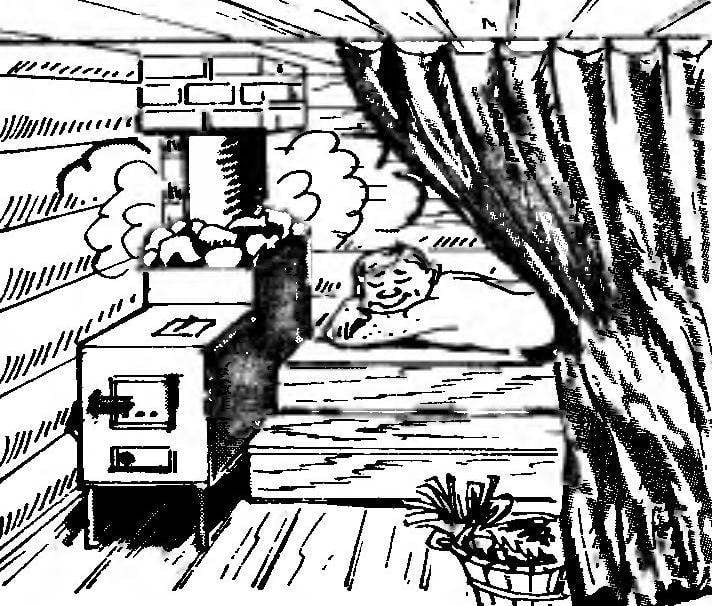 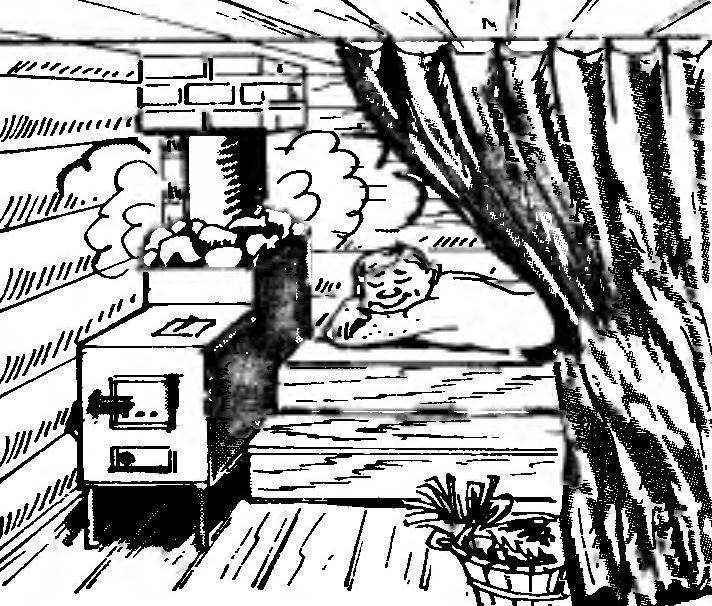 Plastic curtain (the kind used in bathrooms) will be applied in the rustic bath. If using a curtain to divide the room steamy, even in a slightly heated bath on the shelf will always have enough steam.
LYSENKOVA T., S. Sukhaya Vyazovka, Samara.