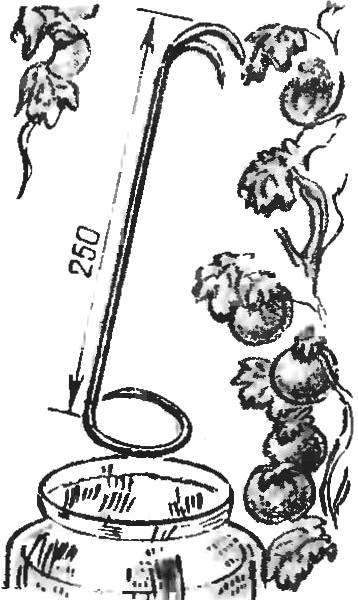 Tomatoes and cucumbers for pickling or marinade is usually rolled into a three-liter jar. I’m gonna put it just, but then how to get it? The cucumbers are slipping, and red bulk tomatoes just about ready to burst. Cucumbers I have my device out, as burbot from the hole, catching “the hook”; and under the tomatoes carefully into the ring and raise to the top. “Gaff” made from steel wire.
A. MUDROV, p. Pervomaisk