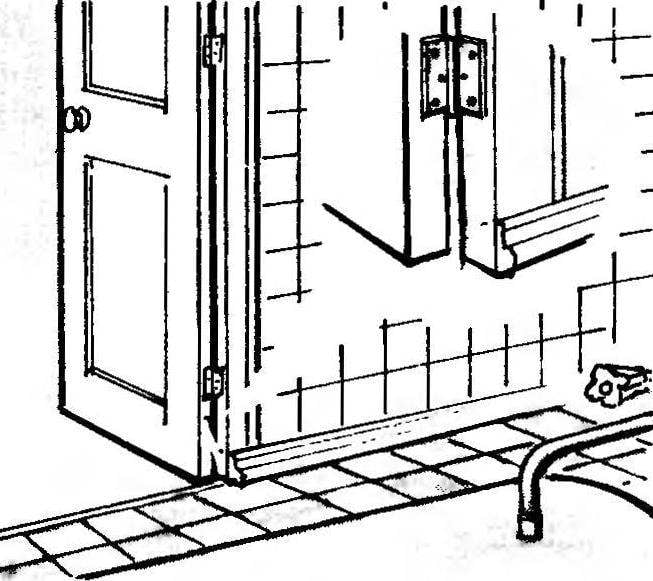 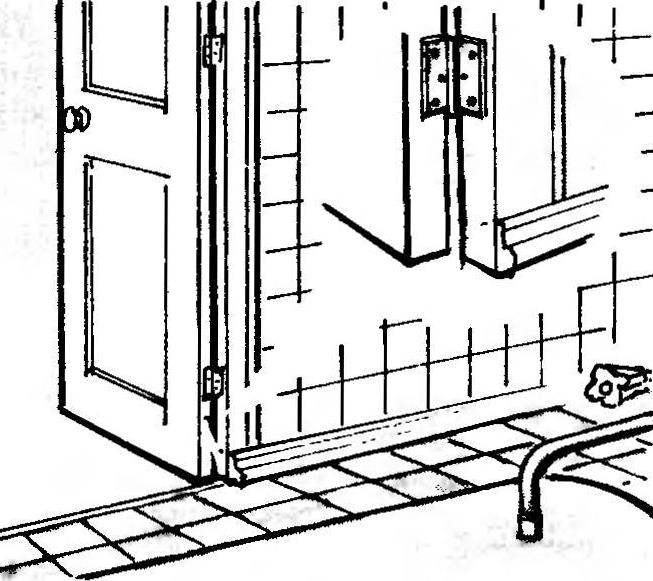 As a rule, the doors to spaces such as bathroom and toilet, equipped with special devices, tightly covering them. However, all these springs and rubber tubing have unsightly look. Propose a simple design of principatele-“invisible”, operating on the principle of tor-Sion. It is an ordinary steel knitting needle d of 2 mm, whose ends are bent at 90°. One end is hammered into the casing, and the other, pre-tightening the needle 180°,— at the door.