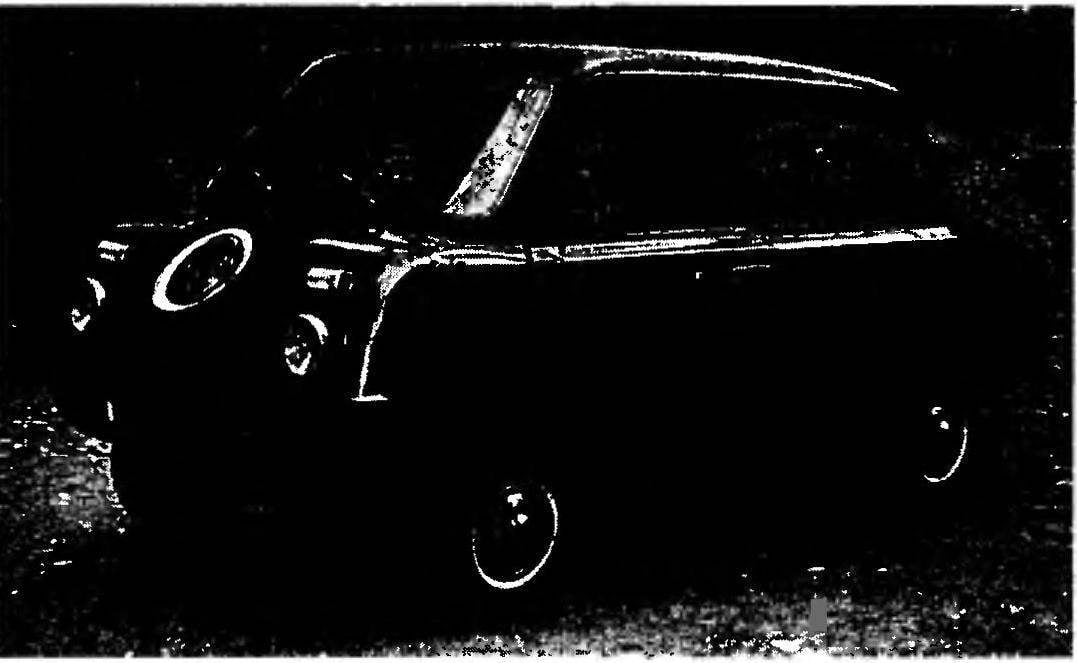 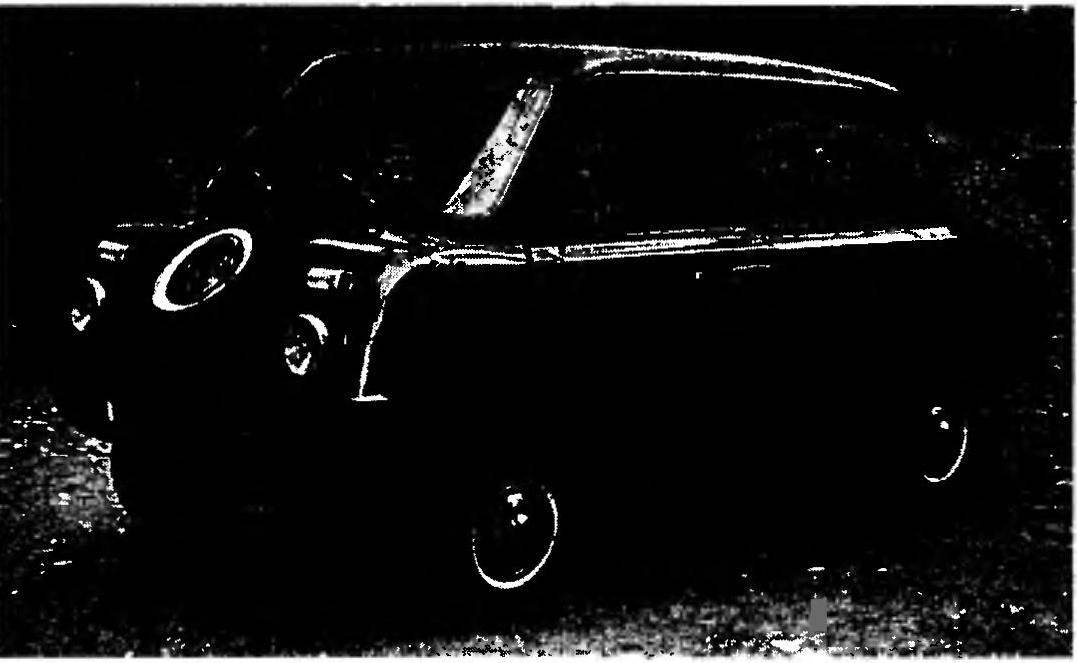 our Readers probably know of noma abbreviation TX-200. It is the tan called autocritic original design created by the famous in the circles of avtomodelistov Kharkiv V. Taranukha, in collaboration with the candidate of technical Sciences Y. Hajnowski. Creative Union of theory and practice turned out to be quite fruitful. Today we introduce readers to one of the most interesting developments of this magnificent design of the Duo — car railroad layout, created with the extensive use of available and relatively inexpensive units.

Compact mini-van “Delta” is an inexpensive, easy to use and quite economical car universal purpose, which equally well can perform the functions of urban and tourist transportnogo the funds. A car with a rear engine, rear drive wheels, and the “Delta”.

The vehicle — combination carrying. Its lower part — from the threshold to the door has a truss: it is welded from steel pipes, so that rigidity and strength are such that on top of it it is possible to compose a body of any design — indoor or outdoor, with a soft top or a hard removable roof, metal or even wood.
Sheathing the lower part of the body of steel sheet of thickness 0.6 mm. Body panels, and doors represent a modified or significantly revised elements of the bodywork of cars, “Lada” and “Zaporozhets”. Used in the design of the “Delta” and other standard products: windshield and rear window from “Zaporozhets”, “Zhiguli” side glass, engine, gearbox and rear suspension from 965 “Zaporozhets”, as well as dozens of sorts of automela who don’t need to reinvent yourself…
To enhance passive safety, the spare wheel is located outside, in front of the car. It also has allowed some to increase the volume is not too capacious trunk. By the way, access to it is not outside like most cars, and the inside of the car.
Kahn has mentioned, the engine, gearbox with differential and rear suspension borrowed from the ZAZ-965. Rear wheels — from FDD motobayashi: “Zaporozhye” brake drums they are connected via the spacer is a flat disc with a thickness of 6 mm. To this end, it drilled six holes for the bolts that secure the brake drum n in the hub, and five holes for attaching demountable disc wheels; to cut the groove under the brands of the bolts that connect the disks together.
The front axle of our car — motorized FDD with torsion bar suspension; to truss the front of the Delta it is attached with four bolts. It should be noted that the track from the sidecar is somewhat less than the “Zaporozhets”, so the front axle had to modify — expand by cutting two sets of transverse tubes of the front axle and connecting them with bushings. Accordingly, for the manufacture of torsion bar front suspension it took four torsion from motorolas FDD Najd of which is clipped and fixed on the intended place with the bolt and nut.
In accordance with the expanded track I had to lengthen the tie rods. Everything, the front axle had somewhat strengthened by a pair of springs installed the Tang that regular dampers motorized wheelchairs were located inside each of the springs. There is, however, another equally effective method of strengthening of the suspension — with the help of installed in parallel to the standard shock absorbers one pair of motorcycle or scooter. 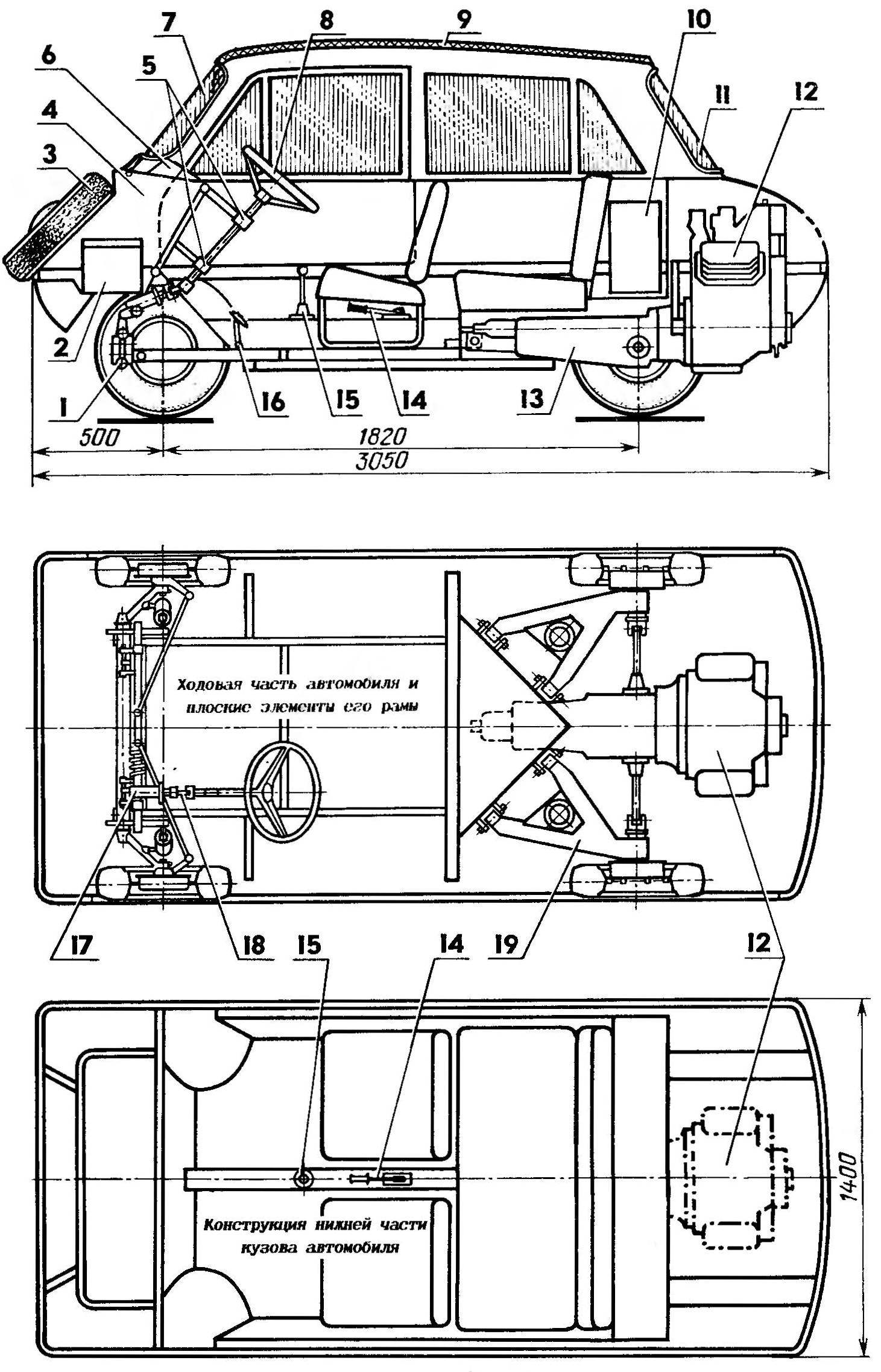 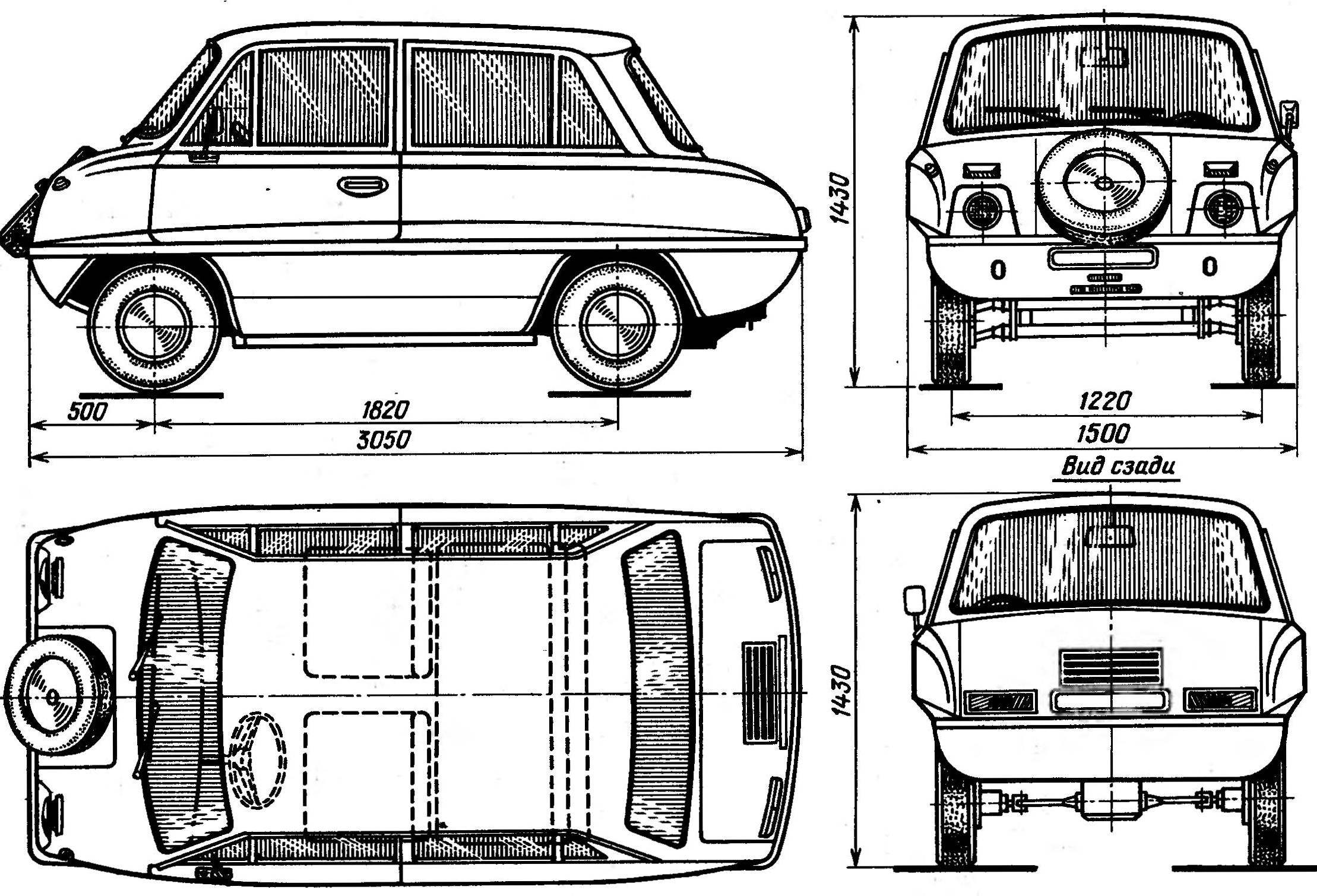 Fig.2. The layout of the car “Delta”:
1 – front axle, 2 — battery, 3 — spare wheel, 4 — trunk 5 — supports the steering shaft, 6 — instrument panel, 7 — windshield, 8 — steering wheel 9 — covering of the ceiling in the salon, 10 — fuel tank, 11 rear glass, 12 — the engine of a car ZAZ-965, 13 —transmission 14 —the lever of a manual brake, 15 — lever taradash, 16 block pedals, 17 — steering gear, 18 —hinge steering, 19— rear suspension.
Steering gear — pinion, Tangier. motorolan from the FDD. But the steering-Leso — its shape and the location of otnositelnosti trips, that is, the tan, the NAC is dictated by ergonomics. To ensure all this, we had to create a broken steering shaft with u-joint in the middle.
The battery is in the trunk the front of the body. The fuel tank is directly behind the rear seat. Near the tank a little extra trunk, in which are placed the Jack and tools set. If necessary, it can also accommodate small Luggage.
The car “Delta” is equipped with a full complement of instruments and warning lights necessary for the safe and precise vehicle control.In particular, on the dashboard are the speedometer, air pressure gauges and oil temperature, ammeter, fuel gauge in the tank and a warning light headlight and turn signal.
The front seats are made of hinged — on two-door production car VAZ-2108, the “Tavria” or “the Cossacks” that provides completely convenient access to the rear passenger seat. The internal machine equipment standard, including sun visors and rear view mirror.
V. TARANUKHA, Y. CHINOWSKY, Kharkov (Ukraine)