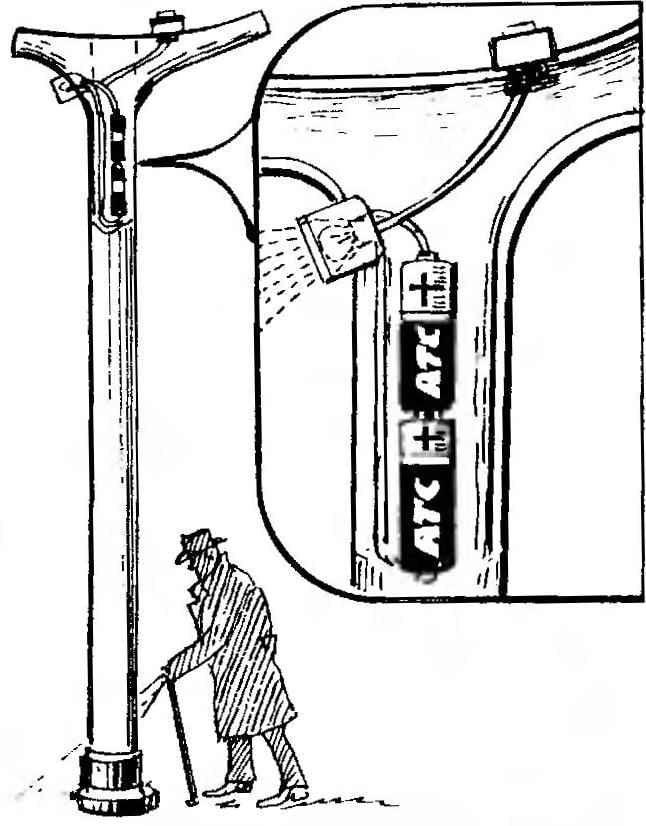 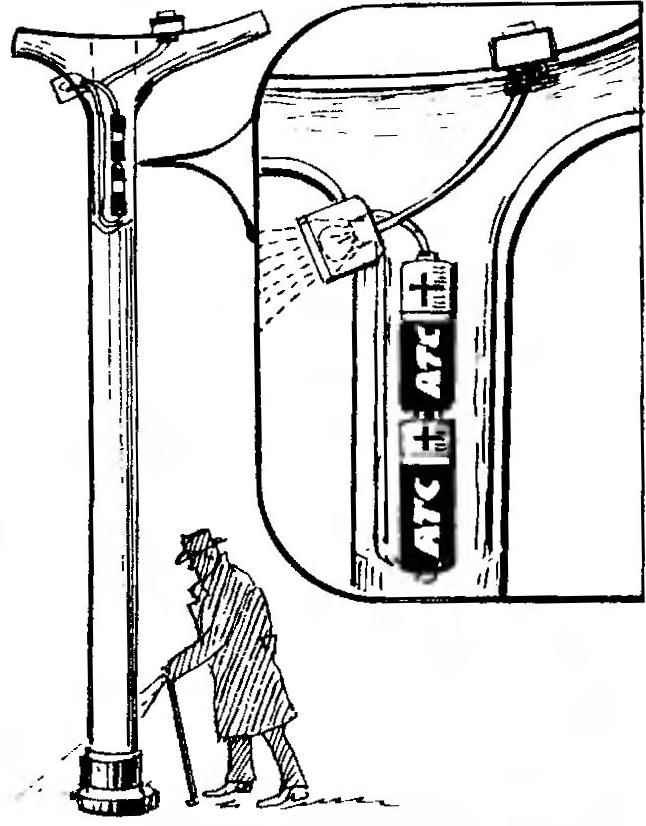 The batteries for flashlights are produced not only flat, but the “finger” (in the form of a cylinder) — they are easy to embed in any compact devices.
I propose to equip the wooden stick kind of a built-in flashlight. It is enough to drill in the handle corresponding holes under the batteries, reflector, and switch. With such cane to the elderly and disabled will be easier to move around in the dark.