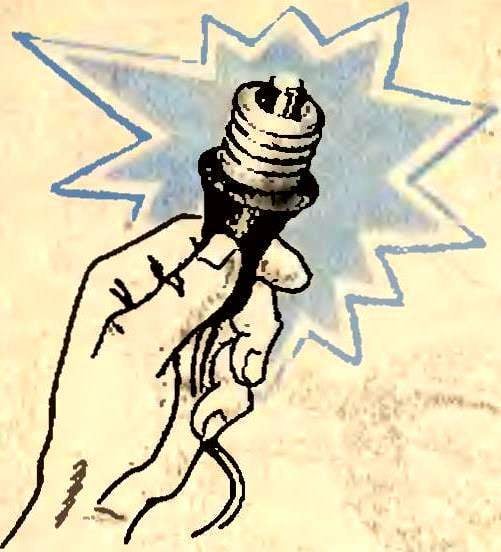 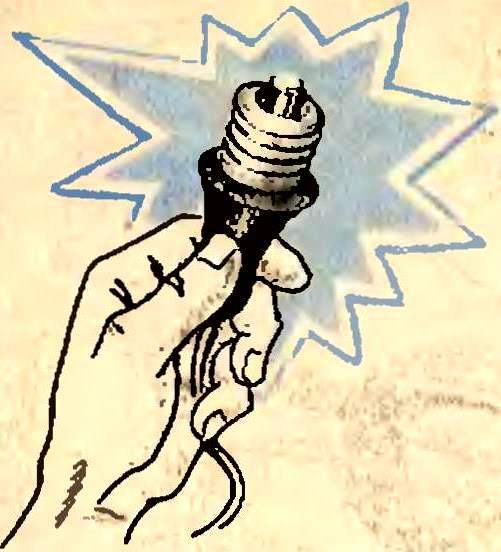 Burned out incandescent lamps, unfortunately, not to recover but to use their metal caps is possible. To separate them from glass bulbs, the bulb wrapped in a thick cloth and crushed. Then the caps carefully and thoroughly cleaned from the composition, which to them were glued to glass flasks. The Central contact with the insulator should remain intact.

This simple, but very practical appliance could be very useful in those areas that are not equipped with outlets. To do this, in addition to the cap and a standard outlet, you will also need textolite washer and carved wood adapter. Washer and adapter are connected using epoxy glue. 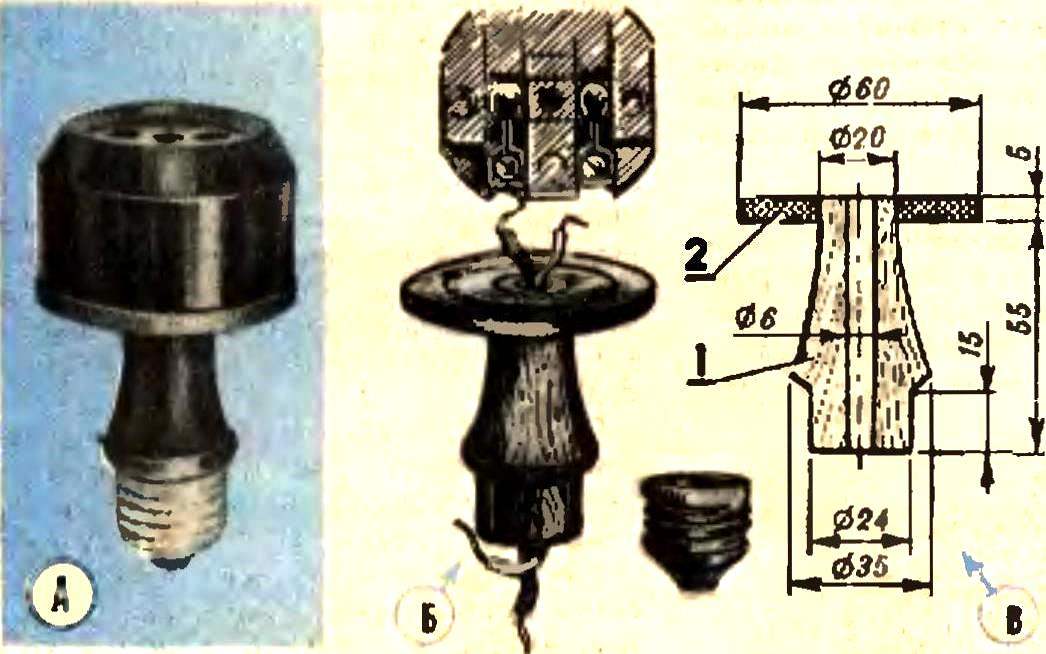 Fig. 1. Universal socket:
And it looks like assembled appliance, B — scheme of the Assembly outlet, B — spacer (1 — adapter, 2 — puck).
The handmade mounting is simple. Have two cut wires pass through a hole drilled in the adapter. From the textolite washer, the ends of the wires are connected with contacts of the socket, the remaining two soldered to the cap (the screw part). Then the cap is glued to the adapter with epoxy glue, and the socket is fixed to the washer with two screws with nuts and washers.
…extension
Electric cartridge paired with the base of the bulbs is the basis of good electrical connection that can be used in extension cords. To do this, we need to buy electrical two-wire cord length 3 to 10 m and electroputere. And, of course, you also need the base of the old lamp and almost the same as the previous home-made, wooden, turned, adapter. The Assembly of the extension follows the cord is passed into the hole in the adapter, the two exposed and stripped end of the wires soldered to the center contact and the screw cap, and the latter is attached to the adapter with epoxy glue. From the opposite end of the cord in the usual way fixed electroputere. Extension cord ready. 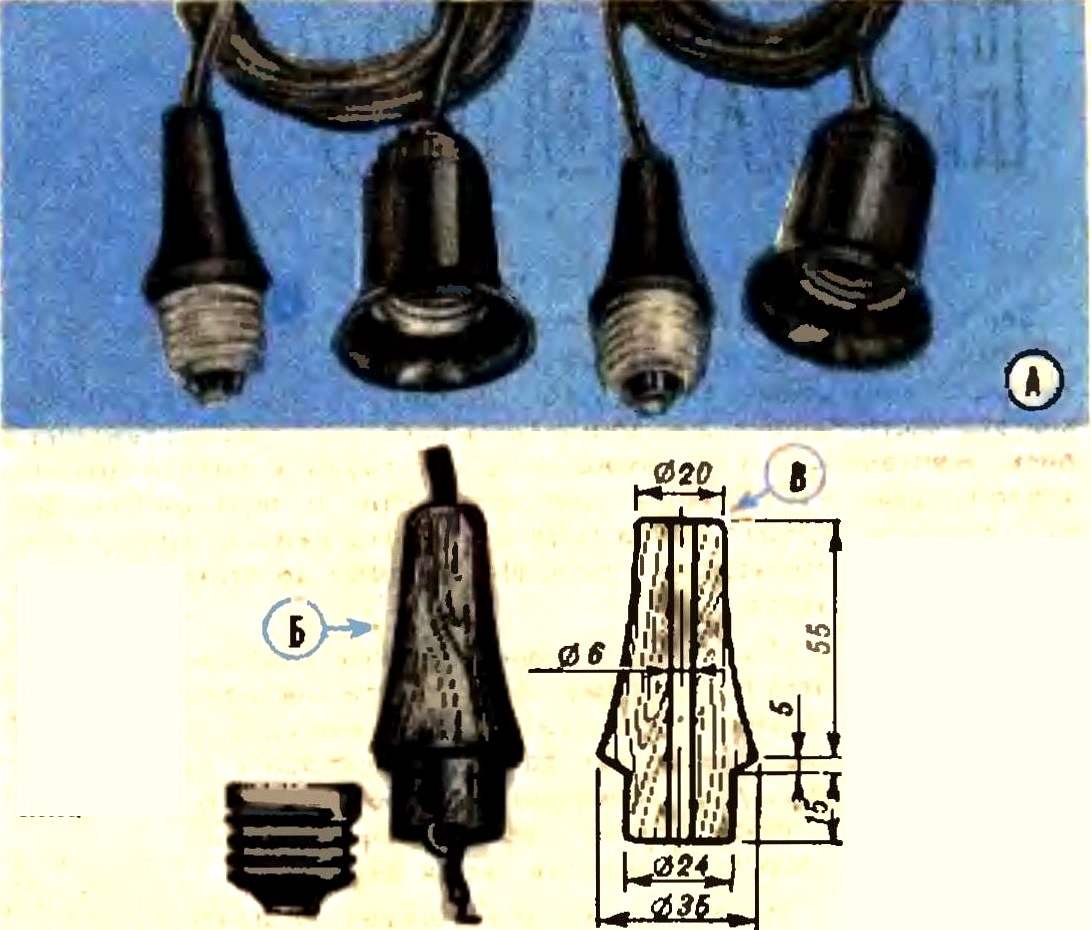 Fig. 2. Universal power strip:
And it looks like universal extension cable, B — Assembly of the extension cable, adapter.
It should be noted that two or three such extension may be easily and securely connected together if there is a need, for example, to work with “moving” at a considerable distance from the voltage source.
…clip
If the wooden handles for plumbing or carpentry tool to protect the collars is made from the same bases of broken bulbs, these handles will serve as a much longer standard. Although the spiral cage almost off the handles, it is better to commit them to the wood with epoxy glue.