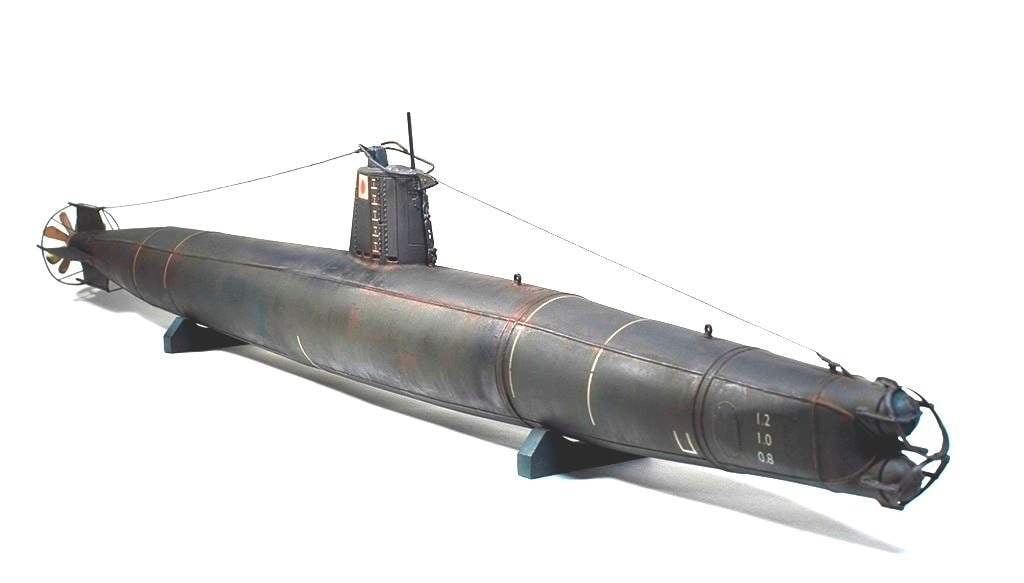 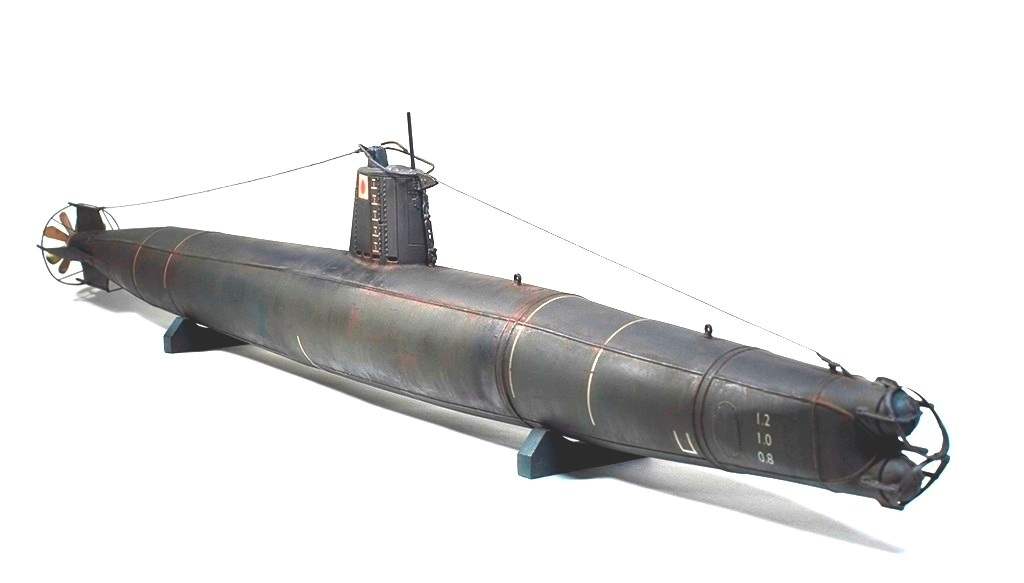 The Washington naval agreement of 1922 was a significant barrier to growing the race for naval armaments, which began during the First world war. Under this agreement the Japanese fleet by number of aircraft carriers and capital ships (battleships, cruisers) are much smaller than the fleets of England and the United States. Some compensation for this could serve as a permit for the construction of the points of forward basing in the Pacific Islands. And because agreements about the number of submarines to achieve in Washington and failed, the Japanese admirals began to plan the placement on remote island bases of small coastal boats.
In 1932 captain Kishimoto Kenedi said: “If we let large torpedoes with people on Board, and if the torpedoes penetrate deep into enemy water and, in turn, allowed a small torpedo to miss will be almost impossible.” This statement has determined that in case of attack the enemy bases and anchorages of the enemy to the place of operation of small boats will be delivered on a dedicated ship or a submarine. Kishimoto thought that if you install on the four ships twelve midget submarines, the victory in any naval battle is provided: “In the decisive battle between the American and Japanese fleets, we will be able to release nearly a hundred torpedoes. We immediately cut enemy forces in half.”
The permission for the realization of his ideas, Kishimoto received from the head of naval staff, Admiral of the fleet Prince Fushimi Hiroyasu. Kishimoto along with a group of naval officers, consisting of four professionals, has developed the drawings and in secrecy in 1934, has built two experimental midget submarines. Officially they were classified as A-Нуotek (“boats-target type A”), To achieve ultra-low boats high underwater speed they installed the powerful motor, but the hull gave a spindle shape.
According to test results the project has made improvements, after which it was deployed serial production of boats under the designation Ko-Нуotek changes in the design of the submarine was a small increased displacement (47 tonnes instead of 45 tonnes), up to 450 mm decreased the caliber of torpedoes (instead of 533 mm) to 19 knots (from 25) decreased the maximum underwater speed of the submarine. 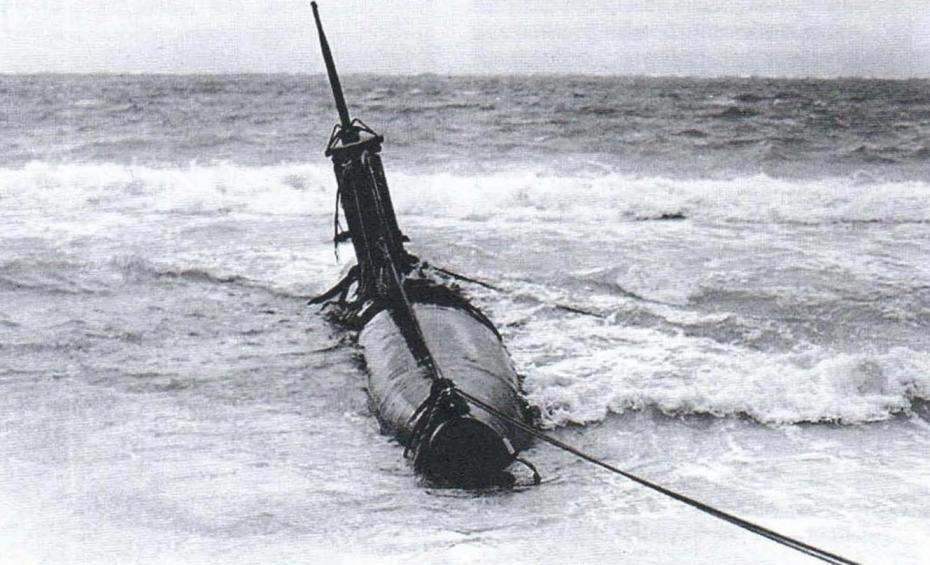 Japanese boat Type And the youngest Lieutenant Sakamaki at the time of low tide on the reef near the shore of Oahu, December 1941 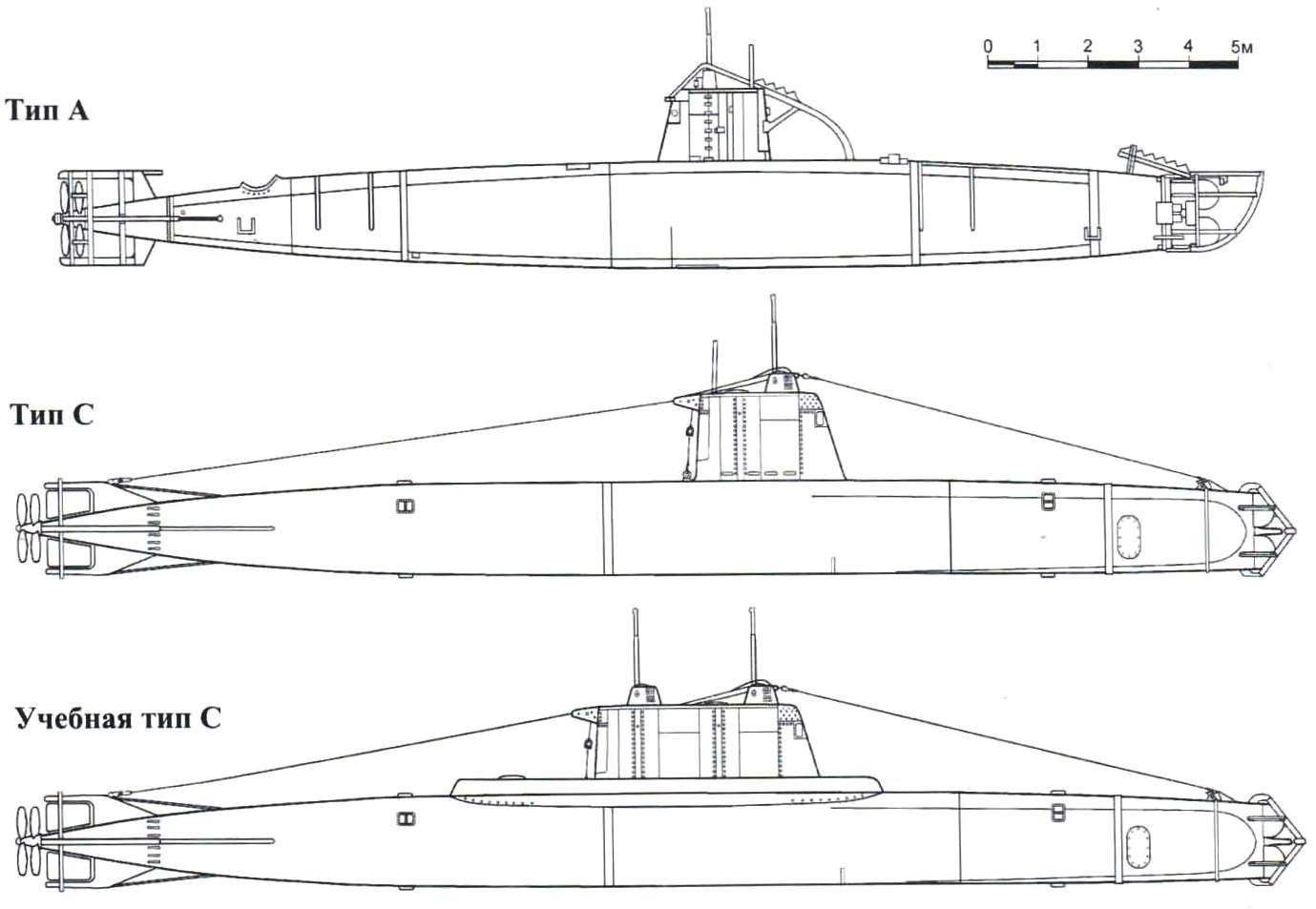 Schemes of the Japanese midget submarines 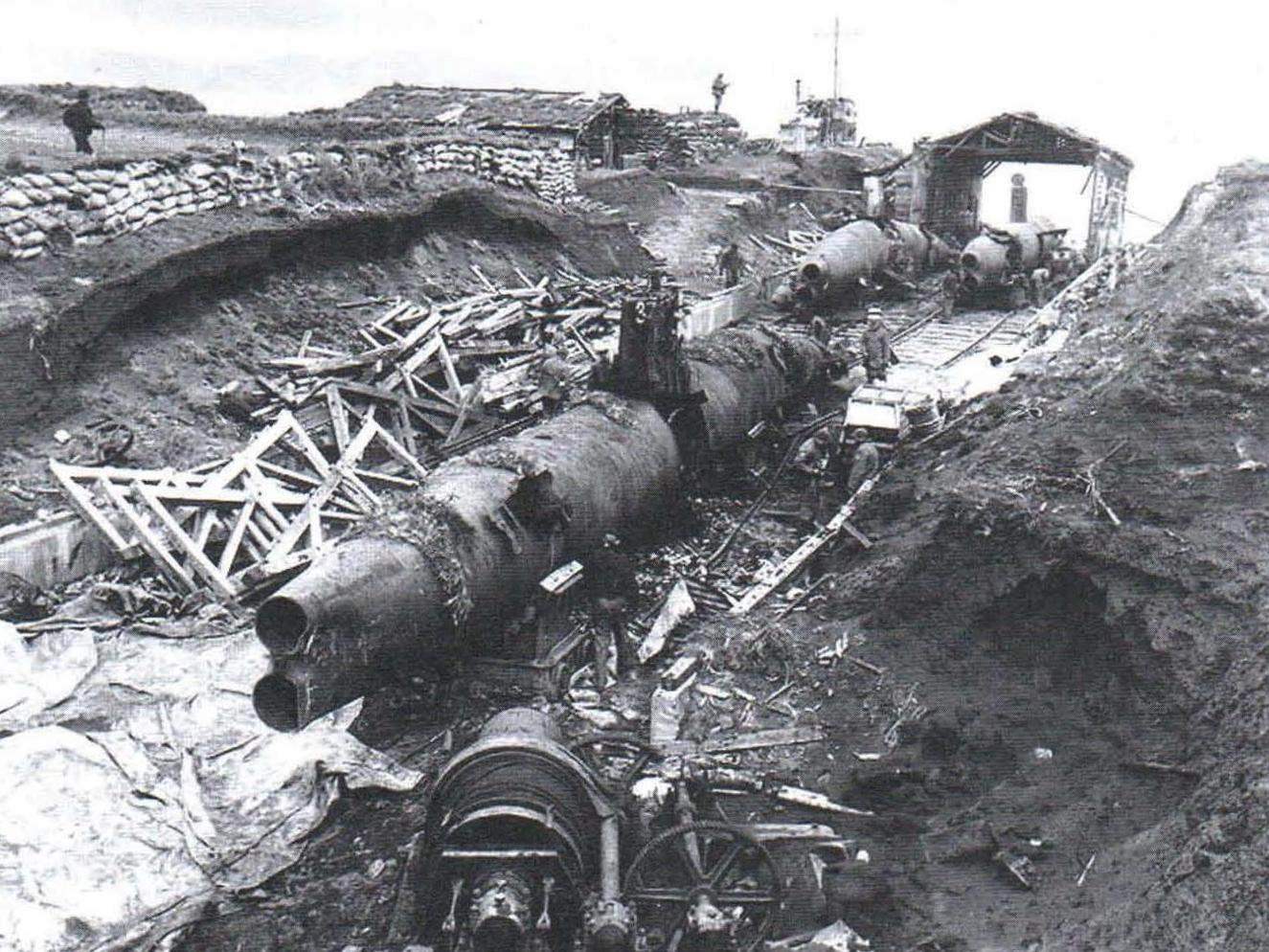 Japanese pygmy boats Type captured by the Americans on the island of Kiska, Aleutian Islands, September 1943
As ships carrier at the same time equipped with air Chiyoda and Chitose and submarine type Ne-Gаtа (S). There is evidence that modernization with the same purpose were also hydroelectricity Mizuihо and Nisshin, each of which could carry 12 midget submarines.
Deck with a slope toward the stern and the rails gave the ability to quickly, in just 17 minutes, to float all boats.
Ships base of the midget submarines were supposed to be used in naval battles with the ships.
15 APR 1941 24 Junior naval officer received a secret order to be part of a special formation. They met on Board gidroavisalon Сhiуоdа. The captain Harada Kaku declared that the Japanese Navy has top-secret weapon which will make a revolution in the naval battle, their task is to master it. All the young officers had the experience of snorkeling, and Lieutenant Iwasa Naoji and sublieutenant Akieda Saburo for more than a year conducted tests of new weapons.
The training of crews of submarines was carried out on the Basis of-II, is located on a small island Horisaki 12 miles South of Kure. During the development of submarines sometimes had failures and breakage. Gib and crew, but instead of the target were amazed at the boats that provide their delivery…
The first midget boat had too small a cruising range that is determined by the capacity of the batteries and their charging was only possible on the ship. For this reason, it was impossible to use a boat with space only sites on the Islands. To address this shortcoming in the fall of 1942 began designing an improved version of submarines, which took into account the operating experience of the type A.
In early 1943 the last five submarines of the type A (total order on them was 51 unit) converted to a type V.
The first of the advanced submarines to the test out On-53, and after their completion was a series of specially designed modernized submarines of the S. the Main difference from submarines And was to install a diesel generator with a full recharge of the battery was performed for 18 hours.
As ships, vehicles boats b and C were used landing ships of type T-1.
In December 1943 on the basis of the submarine-type started designing larger boats of type D (or Cogui). The main differences from the submarines of the type consisted in the installation of more powerful diesel-generator – with him the charging process of the battery fell to eight hours, increased the seaworthiness and improved the conditions of habitability of crew increased to five people. In addition, the body has become noticeably stronger, which increased the depth of the dive up to 100 M.
In the spring of 1945, before the end of the test, the lead ship, was deployed for the serial construction of submarines. In accordance with the plans of the naval command, in September 1945, was supposed to deliver the fleet of 570 units with the subsequent pace of construction -180 units per month. To speed was applied sectional method (boat was assembled from five sections) that reduce construction period up to 2 months. However, despite involvement in the construction of Koryu large number of shipyards, the rate of delivery to the fleet of these submarines could not be fully maintained, and by August 1945, in the ranks there were only 115 boats, and 496 were at different stages of construction.
On the basis of the midget submarine (SMPL) Koryu in 1944, a project was developed midget submarine mine-layers M-Kanamono (the literal translation is “Metal product Type M”), is intended for the production of the mine jars in places of basing of the enemy. Instead of torpedoes he was carrying mine tube containing four bottom mines. Managed to build only one submarine.
The performance characteristics of the Japanese midget submarines 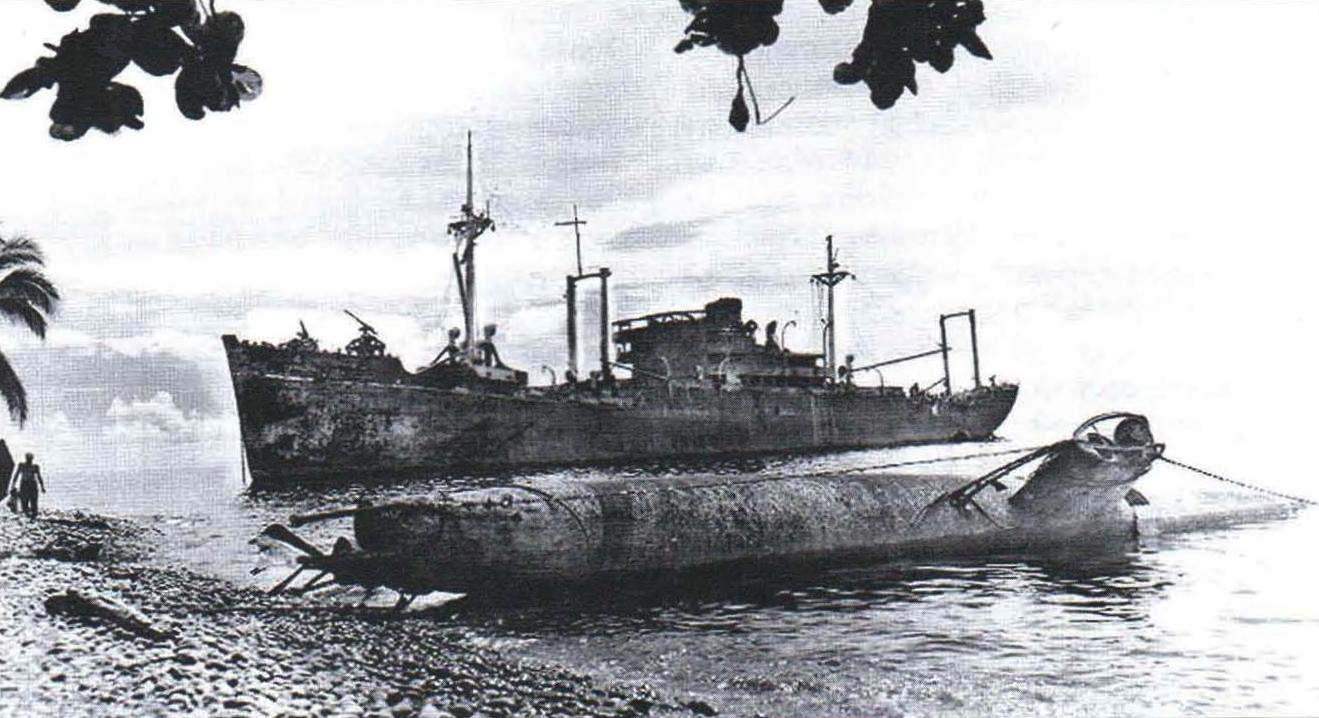 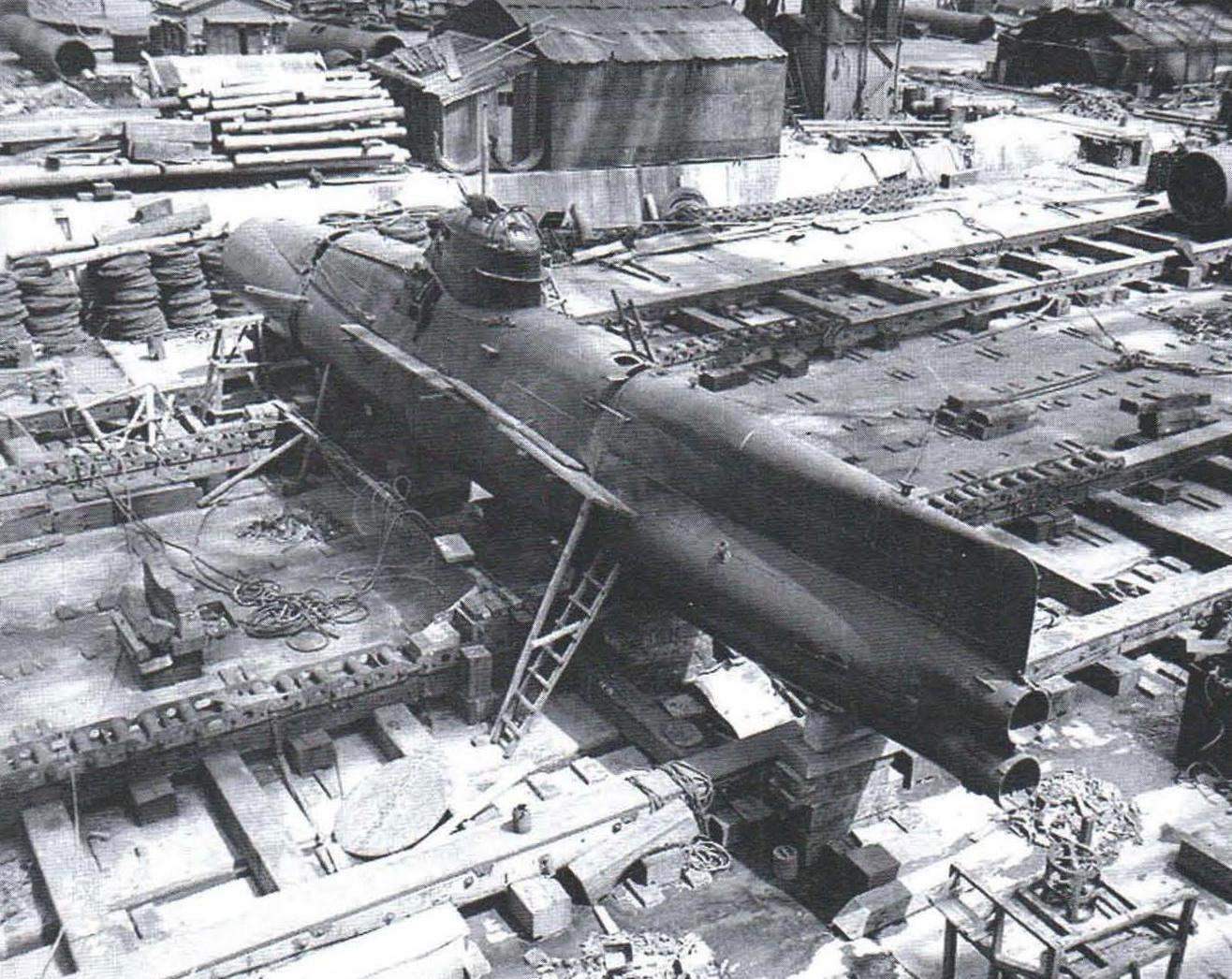 Midget boat Koryu Type D at the shipyard of Yokosuka Naval Base, September 1945 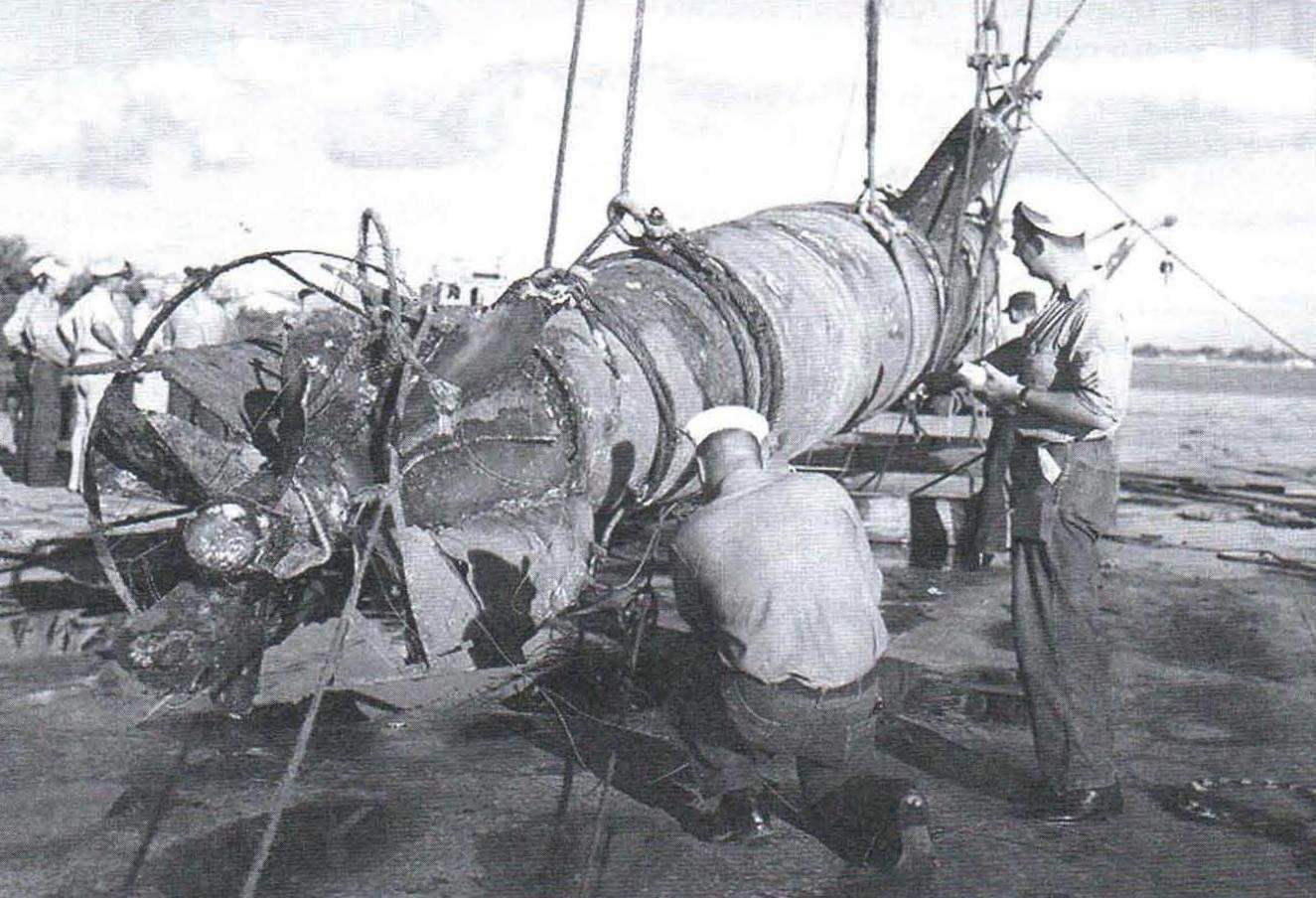 In 1961, the Americans picked up the boat (a Type), sunk in December 1941 in the channel of pearl Harbor. The hatches of the boat opened from the inside, several publications reported that the mechanic of the boat during Naoharu escaped and was captured 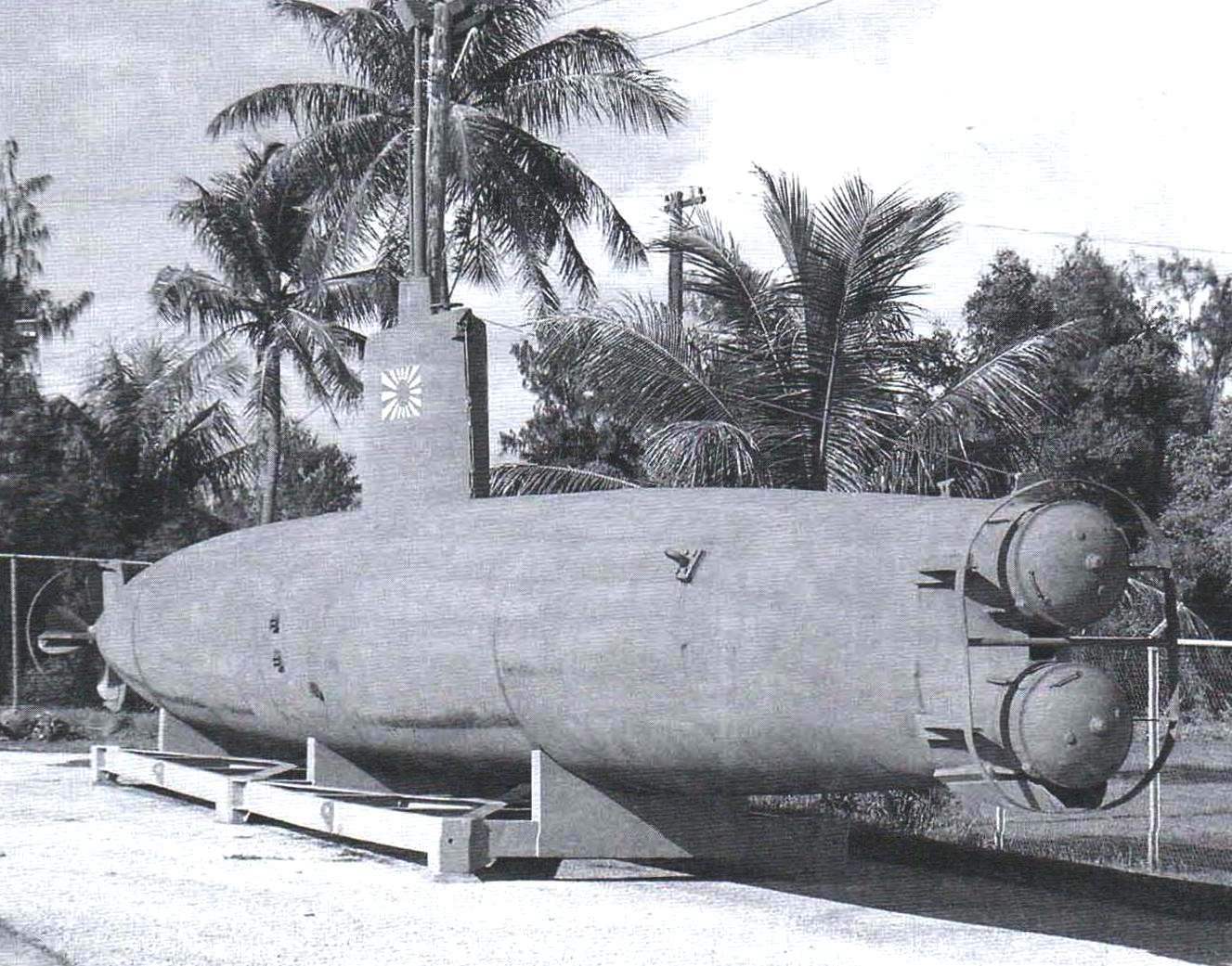 Restored submarine For-51 (Type C), exposed on GUAM
History of the submarine Lieutenant Sakamaki known in sufficient detail, which is not true of four other submarines. Most likely, only two midget managed to penetrate the harbour. And without any problems entered the harbour only boat Lieutenant Emami. However, she was noticed when she surfaced 700 metres from the seaplane base “Curtiss”. The gunners have made two hits in her, but she managed to launch two torpedoes exploded on the shore. Destroyer “Monaghan” rammed the boat and in addition dropped depth charges.
Another midget submarine, most likely, was sunk at 10:00 cruiser “St. Louis”. Heading to the exit of the Bay, it was exposed to torpedo attack. Evading two torpedoes, the cruiser found the boat for the external side of the network fence, and fired at her. As for the fifth boat, it, that managed to sneak into the Harbor, where he participated in a torpedo attack of the battleship, and then sank together with the crew (may have been sunk by them).
From other operations of the midget submarines should be mentioned that three more boats of this type died 30 may 1942 in the area of Diego-Suarez, and four in Sydney harbour on 31 may 1942.
During the fighting in the Solomon Islands in 1942, killing eight submarines of type A (including Na-8, Na-22 and Na-38). In the Aleutian Islands 1942 – 1943 killed three submarines of type A. In 1944 – 1945 years in the defense of the Philippines and the island of Okinawa killed eight boats type C.