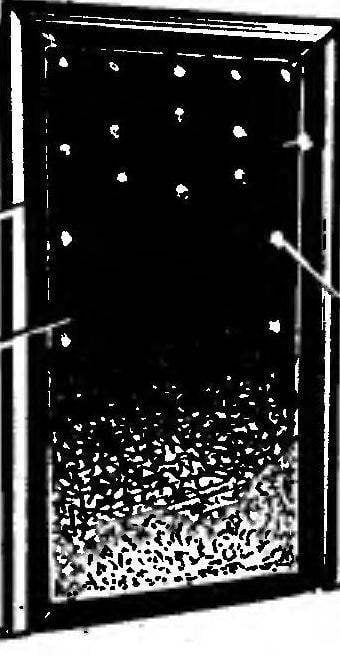 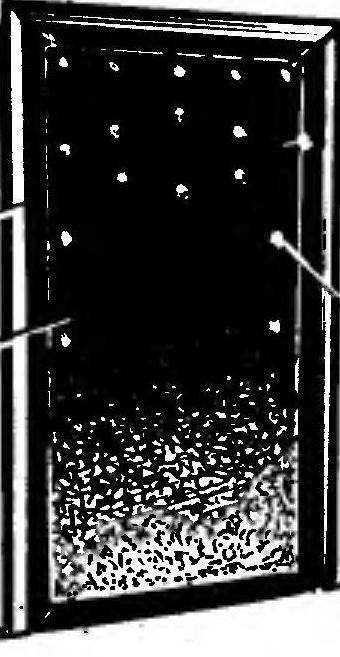 I want to offer the readers I used in the method of the door trim: it is simple, inexpensive, convenient and allows you to achieve a good zvono and heat insulation front door. And without removing it from its hinges, which is important, especially if work is carried out in winter conditions. First I affixed to the door of glued newspaper sheets: noting in this paper the flag the perimeter of the door, got the pattern of the door, leaving the allowances at the edges of 15 — 20 mm. Glued this pattern (sometimes) I have had the sheet of foam (with bone glue). Instead of foam you could take an old cotton quilt, pre-quilted burlap or other insulation deadener. Protruding beyond the edge of the pattern pieces of foam (not sure it should be a full list — possible and connected of separate pieces) cut.

Then spread on the floor a roll of pre-prepared artificial leather (leatherette), and put it on the underside of the foam (paper side down), occasionally glued it to this future upholstery. The edges of the leather bent at the foam billets and stitching with strong thread. Instead of leatherette with success could be used and leatherette. But, of course, the use of foam and leatherette contributed to the aesthetics of the upholstery.
Additional sound and thermal insulation I secured that first nailed on the door are cut as by a newspaper of a panel sheet insulated (lined) linoleum (by the way, is also not necessarily full — it is quite good and trimming, tightly fitting to each other when the gasket on the door). 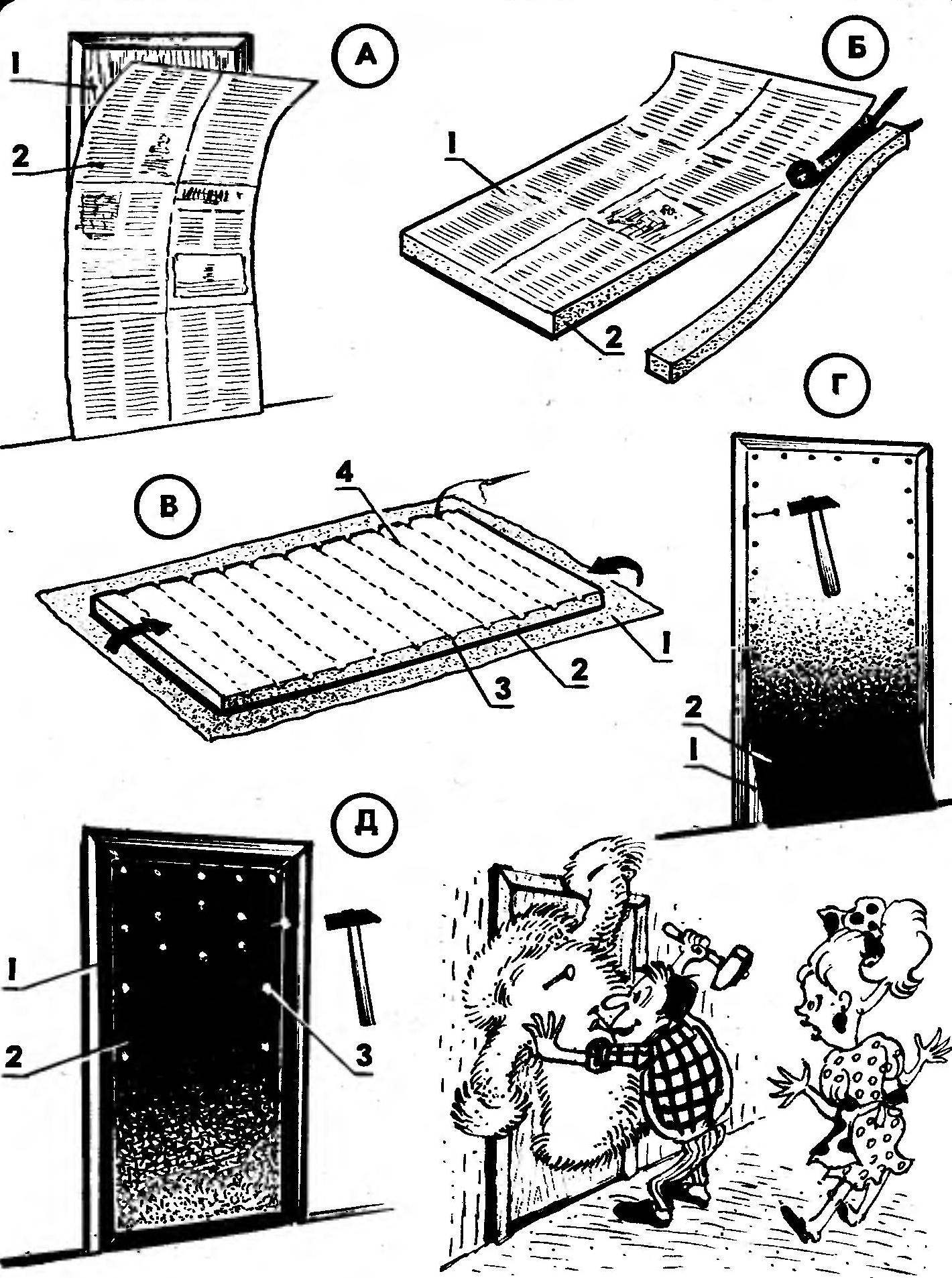 Fig. 1. Phased interior door:
A — withdraw “pattern” newspaper door panel (1 door, 2); B — cutting out a foam “jacket” on the newspaper template (1 — newspaper pattern, 2 — foam sheet); — wrapping foam cushions with leatherette (1 — leatherette, 2 — newspaper pattern, 3 — foam cushion, 4 — thread firmware leatherette with foam); G — trim door insulated with linoleum (1 — door, 2 — padding, 3 — furniture nail).
The prepared foam “sandwich” nailed to the door starting from the top. All this I have done, as already mentioned, without removing the door from its hinges.
The soundproofing was such that the door could not hear it. And the door I had the most common: a set bruskov, pasted over with two parties isopleth cardboard.
3. PETROV, the city of Kozmodemyansk, Mari El Republic