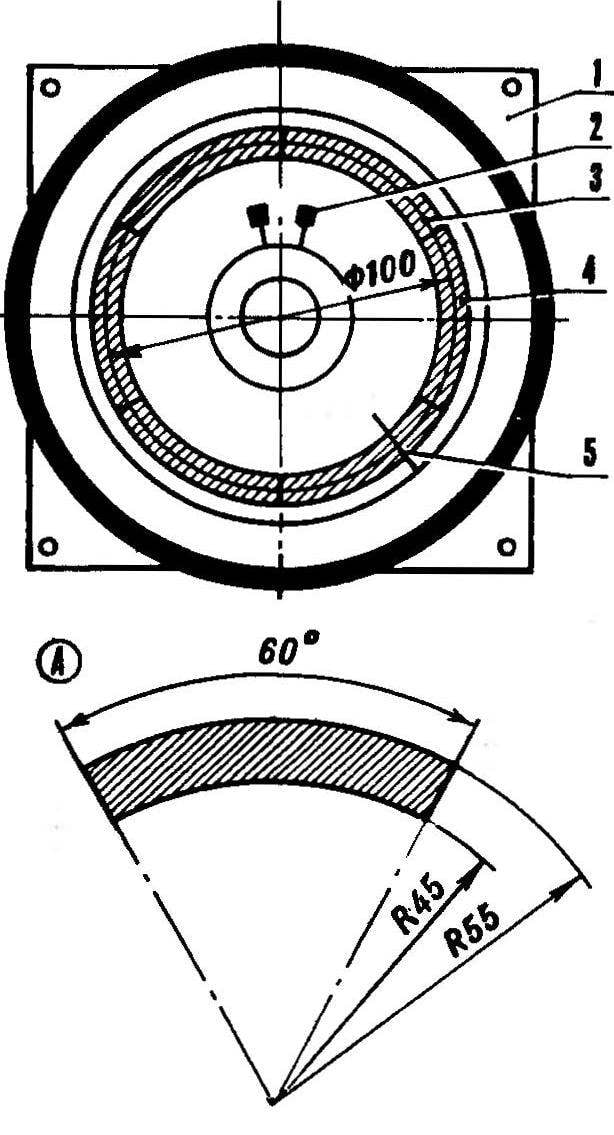 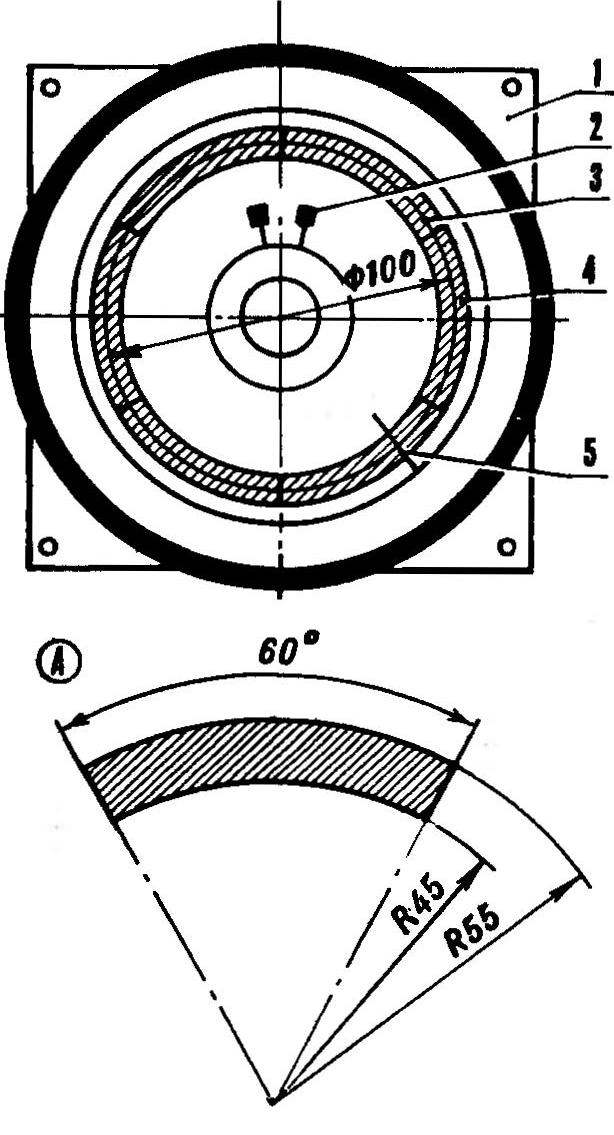 Popular in the electronic literature was repeatedly highlighted by various fixing methods to the dynamic head (DG). Unfortunately, they all have some significant drawbacks. For example, to retrieve the diffuser is offered with a solvent to soften the glue that is attached to the body of DG. But after the solvent gives off toxic smell and are unlikely to be acceptable in the home. In addition to this operation requires quite a long time. Next snag — the impossibility of exact alignment of the frame of the voice coil relative to the magnetic core in a home workshop. This ultimately affects the quality of work DG — there are crackles and other distortion (especially at maximum output power).
With the above features has been developed a more simple, free from previous disadvantages of a technology that does not require excessive accuracy and precision in the repair of DG. It requires a solid thin paper (for example, from the packing of the package for photo paper), white glue, magnet wire of brand of PEV-2 (diameter is selected depending on the type of DG) Yes, a bit of patience.
First disassemble the head. Let it be, say, 10ГД36. Take out the bushing rubber isolators from the housing (for old types of DG) otpaivat or flexible copper conductors from “terminal block”. Then with a pen or pencil lightly hold the diffuser circumference 15 mm above the rivets, to which is soldered the insights of the voice coil is the line of the cut. On it a radial line label (required when building the DW), then with a razor or fine scissors to carefully cut a diffuser previously held the circle. The same incision is made and the centring ripple.
From the housing and remove the cut part of the diffuser, and from the magnetic gap — all remnants of paper frame and wire winding voice coil. To the last did not get the fine particles at the time of repair it is closed with adhesive tape or plaster.

The band plates on the diffuser:
1 — body, 2 — rivet-o (2), 3 — line, 4 — zone sticker tape pads, 5 —radial hell-label; And a tape pad (6 PCs.).
A scalpel or sewing needle taped off to the frame of the voice coil winding wire and removed the remains of a dilapidated coil, noting with a pencil the position of the coil on the frame.
Those who have the coil bobbin is still intact and you can say lucky. Others will have to make a new frame. Here in brief are some tips on how to do it.
First you need to make a mandrel. The diameter should be 0.2— 0.3 mm larger than the diameter of the core located in the magnetic system of the head. You can use the casing of an electrolytic capacitor K50-6 (200 µf, 50 V), it is wound on the strip of newsprint. Then, from the thin, but thick sheet of paper cut out scan of a frame in the form of a rectangle and glued it on the mandrel with an overlap of 2-3 mm. Removing remnants of the old frame, glue the new to the top of the truncated cone.
The next step is winding the voice coil. She is also an unconventional way. To exclude the deformation of the frame, the coil put on the frame that hold the entire structure with the winding head.
For 10ГД36 will require approximately 5.3 m of wire sew-2 diameter of 0.17 mm. the Place where will be installed the coil, lubricate with white glue. Taking the lead for the middle, start the winding of the voice coil half — edge to the diffuser. It is desirable to do turn to turn (but can be in bulk). When you’re done with half of the coil and securing with a drop of glue drainage — five-centimeter end of the wire, move on to the second half of the coil, twisting it on top of the first, but in the other direction. The final output wires are also fixed with glue.
After drying glue sewing needle puncture the dust cap, passed in his coil pins and solder them to the studs located on the inner surface of the diffuser. Then wire bonded with a thin layer of PVA. As for the lead wires from the old coils, they can not be removed.
Before you begin building DG, have the same thin, but dense paper-cut tape pads. As shown, do not have to glue them all along the line of the cut corrugation. Enough six pieces 15 mm long, arranged evenly in a lateral surface.
Centering of the corrugations is reduced by six paper rectangles of size 5×15 mm. immediately before Assembly of the inner part of the paper voice coil frame grease tsiatim – 201 or any other natashya grease.
Gently setting the cut part into place and aligning the marks on both parts of the cone, join all this tape pads and PVA glue. To avoid distortion of the diffuser, first glued diametrically opposite pads, then the rest.
The final operation — installation on a former place of bushings (or sealing lead wires to the “terminal Board”). All, there is simple.
As previously described, the author has restored more than a dozen speakers types 4ГД8Е and 10ГД36. All of them work properly for several years without arousing the slightest criticism.
V. DENISOV, Vladimir