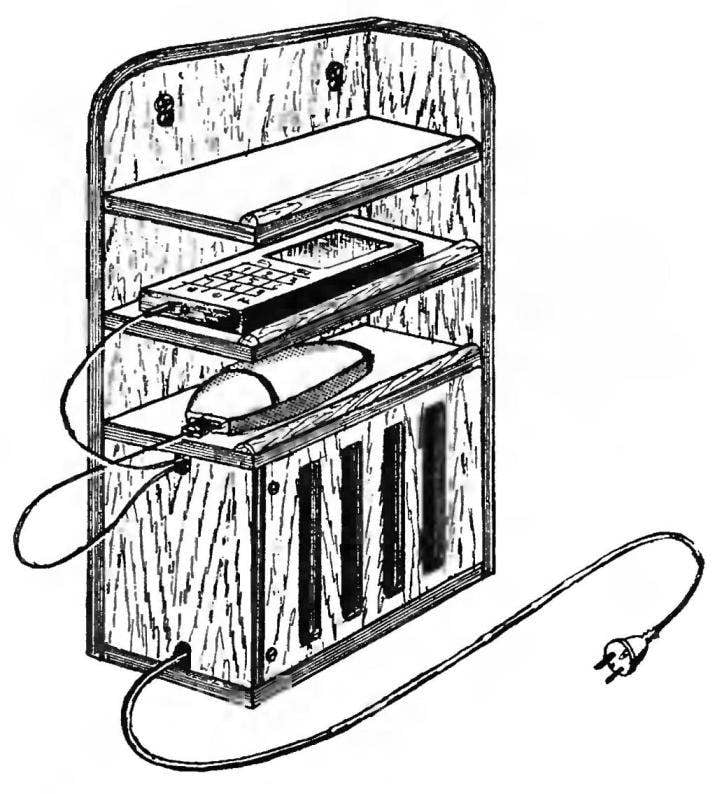 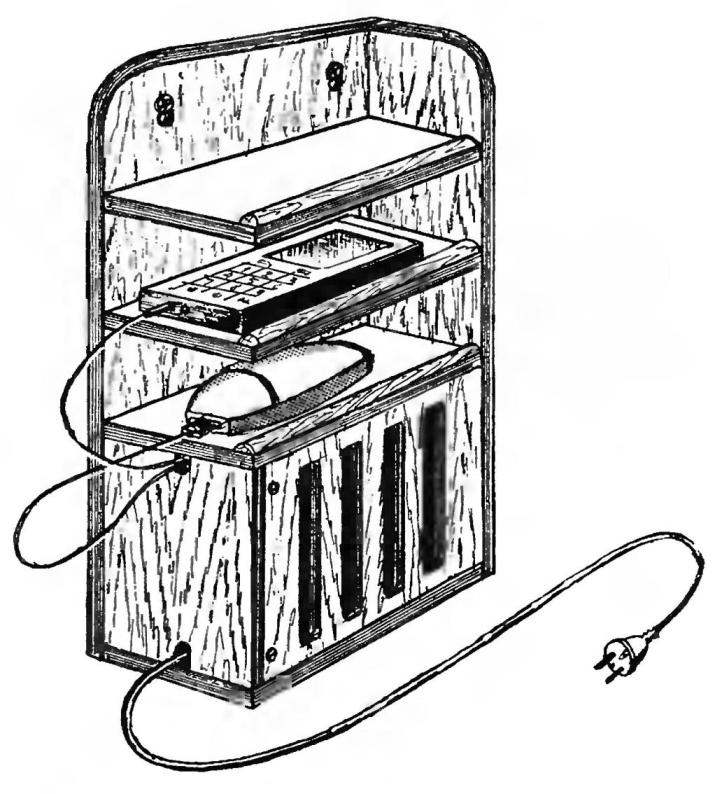 In our days the number of cell phones in the country has already caught up with its population. This means that each family now for three or four cell phone. Respectively, the same and chargers — because every manufacturer equips your phone only for it intended charger. Well, each charger requires a power outlet — preferably in a place where you can gently place the phone. Oddly enough, but in an ordinary apartment, these places are not so much.

Invite readers to do a simple bench storage for cell phones, where are also located and their chargers. It is a kind of box made up of 8 mm plywood pieces. Its basis is the back and side walls, which are mounted on three open shelves and a closed compartment, which features a triple power outlet with chargers. Connection details — with a round wooden spikes. To provide access to a wall outlet and the charger, the side wall of the closure is made easily removable, with the front and rear wall it is connected by four self-tapping screws. On the front wall of the slotted vertical gaps that allow cooling of the chargers. 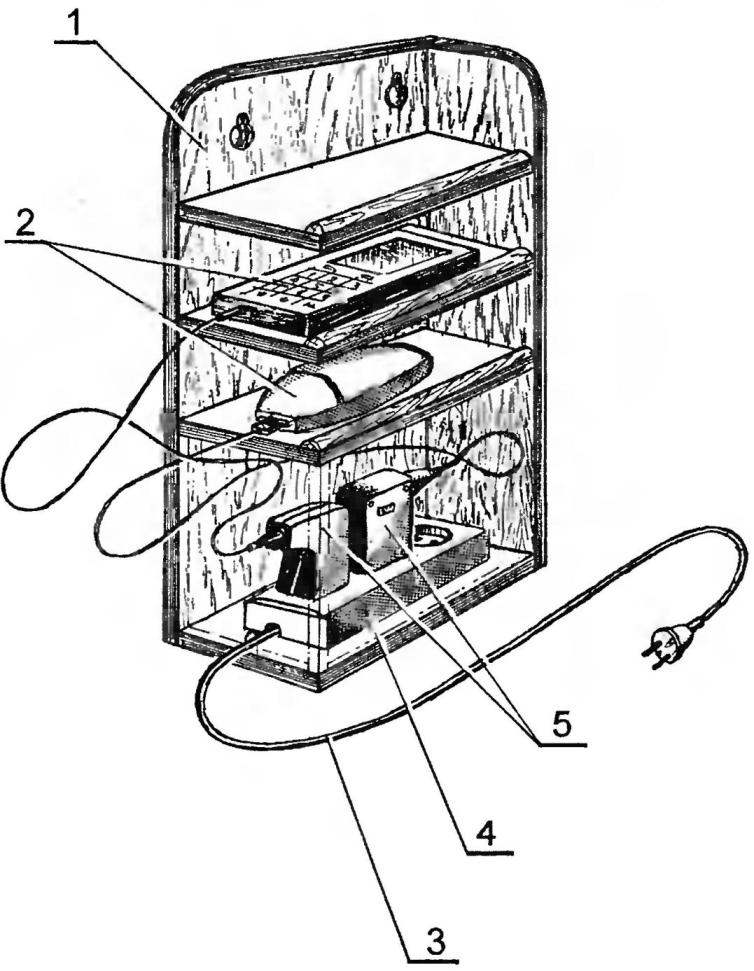 The storage device:
1 — plywood box; 2 mobile phones; 3 — cord; 4 — triple power socket; 5 — charger
The dimensions of the box are chosen depending on the dimensions of phones, sockets and chargers.