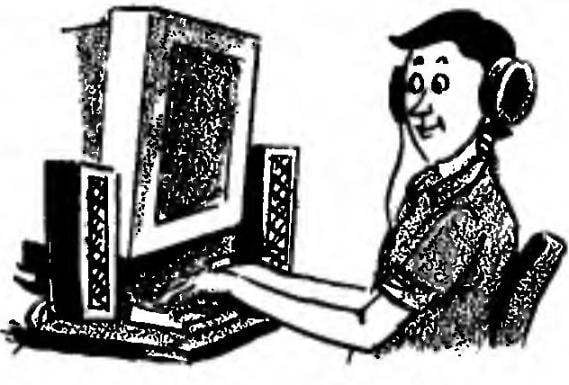 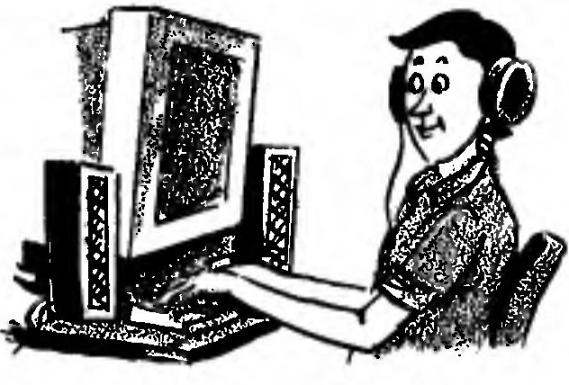 Currently on the market are a large number of active speakers for PCs but speaker sound quality is at least not lower than 15 ° C, to many can’t afford. The vast majority makes the choice in favor of cheap small speakers, the sound of which quite corresponds to the price, but…
It is well known that the average user of the time communication with a PC, almost half is spent on computer entertainment. Play (listen to music, watch videos) best in headphones, so as not to annoy others. We must remember that the sound is 3D AKTION many causes resentment, even if the column type GENIUS-SP205B: because at normal volume noises begin to play the main signal. In addition, not every sound card has a separate output for headphones, not to mention the regular built-in switch speaker/HEADPHONE.
Since the computer of the author of these lines — integrated sound card, devoid of many custom amenities by reason of the austerity of the place on the motherboard, had to get out. Completely redo the nominal amplifier (SHU) had no meaning, as it inevitably would entail the additional (and significant!) costs and difficulties in manufacturing of the printed circuit Board with a specific location of the power button, jacks for headphones, volume control. It was decided to confine the production of mini-subunit headphone. And for those who need spare parts suggest the store computer technician.
As the basis of such a device used by domestic IC К548УН1А, which is a dual channel low noise amplifier for low-frequency high-quality Studio and household radio. Microchip has a wide range unipolar voltage: 9 to 30 V, protected against short circuit and internal stabilizer in the power supply circuit. The separation between channels is 60 dB.
Mini plug made by a simple wiring diagram, which, as shown, has besides the least noise. To compensate for small “Blockage” of the low frequencies, which are sometimes found in cheap sound cards, introduced chain R1C1R3 and R2C2R4.
Topology of the printed circuit Board mineable digit: 1,3 — inputs & 4.8 V outputs; 2,7 — mass; 5 — plus and 6 minus Usup.
Fixes that need to be made in the printed circuit Board main (standard) the amplifier shown in Fig. 2A. Thin lines are conventionally shown here new connections, cross — place cutting paths. As wiring a stereo headphone output under the standard instrument, regardless of the type of the columns of the correction of the same ones.
In Fig. 2B shows the connection of the switch SA1 is in the power supply circuit of the primary (regular) amp. Enter this element into the scheme due to the need to de-energization of SHU while playing sound games, audio and video recordings, and programs through headphones. The location of this switch — back column cap is specified when upgrading a PC.
The voltage Range is supplied to additional amplifier from the diode bridge of the main power supply. The range of possible changes from 9 to 18 V. the Current consumption of the additional amplifier is small, so it is constant work not affecting the SHU. 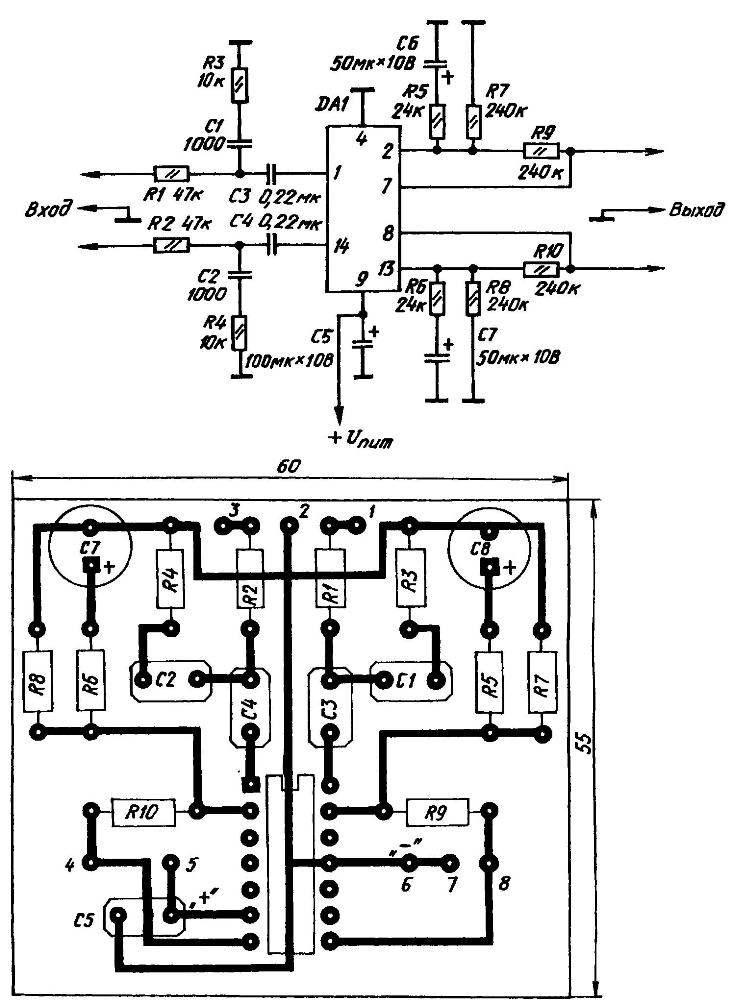 Fig. 1. Schematic and PCB mini-subunit to equip head phones a PC with a cheap sound card and speakers 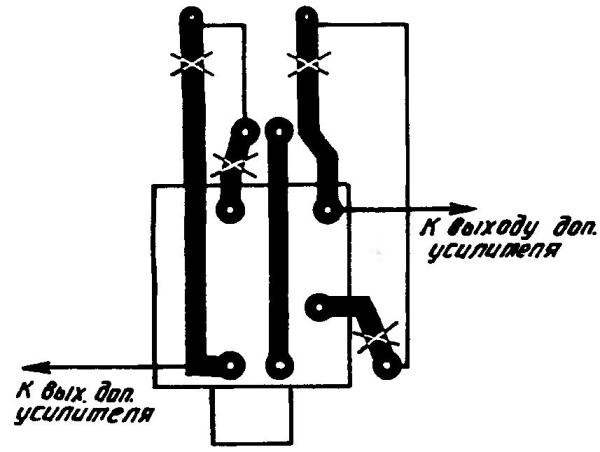 Corrections (a) in the normal amplifier and embedding a switch in a power supply unit (b)
About the details. Mini-subplot used fixed resistors MLT-0,25; malaikottai capacitors C1—C4 K73-9; “electrolytes” C5— C7, type K50-6, toggle switch MT1. All new and inter-connections, it is desirable to run the MIC cable (braided). One-sided printed circuit Board of glass epoxy or phenolic paper thickness 1.5—2 mm. of Its attachment to the side wall of the column.
The volume of sound is regulated by software and uses the appropriate settings on your personal computer.
A. CHEKUNOV, Belgorod