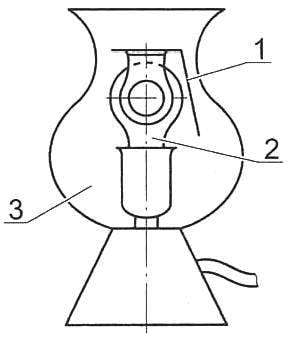 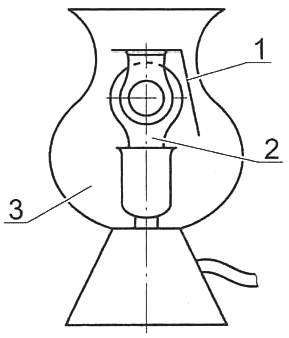 Had dinner, turned on the TV and settled down on the couch by the light of an ordinary crystal chandeliers. Light bulbs and the chandelier sparkle and hurt the eyes, the screen “flashes”! Even one bulb is stopping! And no background light color TV to watch harmful to the eye. Had to cover the chandelier with a paper sheet. Watch TV easier, but it’s not the way out, and fire safety is thus broken! Maybe buy a table lamp, noble lamp, can light a candle. Each option has its pros and cons.
In thinking on this topic was held a day or two. And one night it clicked, the output is simple! Only need only the empty tin from the condensed milk or green peas. But this is not a problem.
Caliper spaced at the bottom and the walls of the banks circles, prescriber scrawled connecting line and with scissors cut out billet cap-“shade” – like head from Cheburashka animated film (Fig.1). 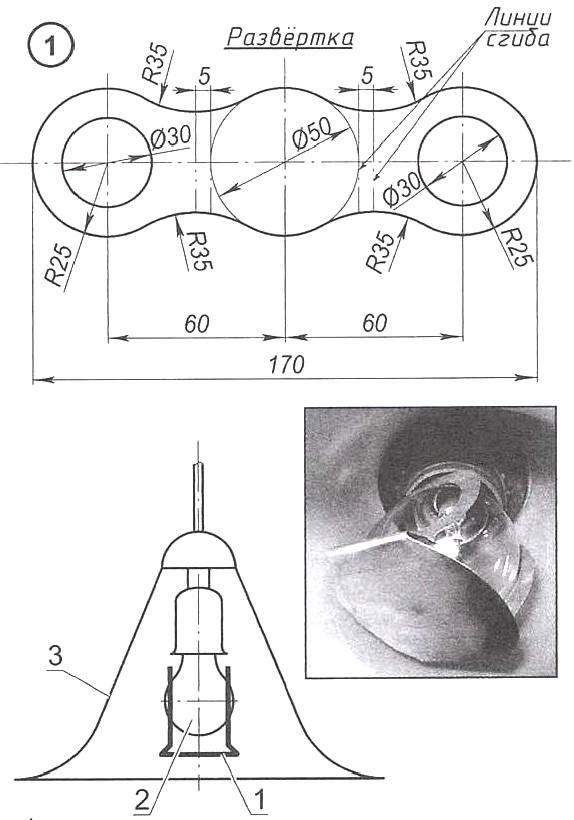 Fig. 1. “The shade”-cap for ceiling chandelier:
1—”the shade”-cap (tin cans); 2—illumination lamp filament in the cartridge; 3—chandelier
Then bent “Cheburashka” ears and hung him on a light bulb. Your ears with circular holes “shade” grabbed the bulb and there is “warmed”. It turned out integrated in the chandelier background night light. Adjusting need tilt the shade to the side of the sofa, we continued to watch TV.
Inspired by the success, in one of the following evenings, I carved another “shade”-“Cheburashka”, but with “torso” — for a table lamp (Fig.2). 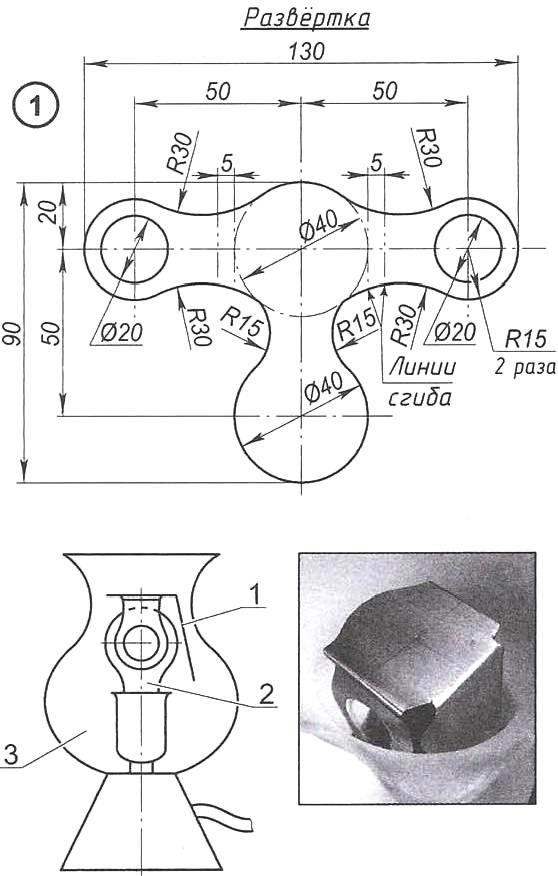 Fig. 2. “The shade”-cap for table lamp:
1—”the shade”-cap (tin cans); 2—illumination lamp in the cartridge-minion; 3—table lamp
Now,it serves as a nightlight. Round “body” of increased shading effect in the lateral direction. This allowed to separate the light from the one light: one part of the room it illuminates at full power and the other “dimly” and diffused light.
The positive properties suddenly invented a simple solution appeared: the lack of material costs, speed of production, ease of removal and installation, adjustability.
Such a simple solution nice increase comfort in the home.
A. MATVEICHUK, Zavodoukovsk, Tyumen region.