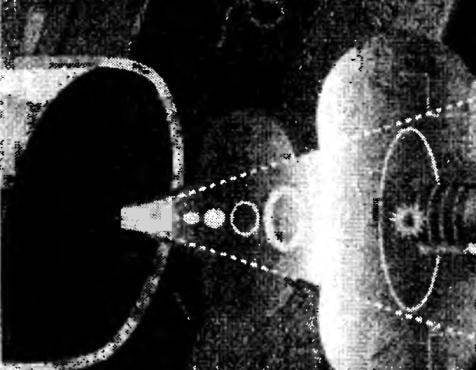 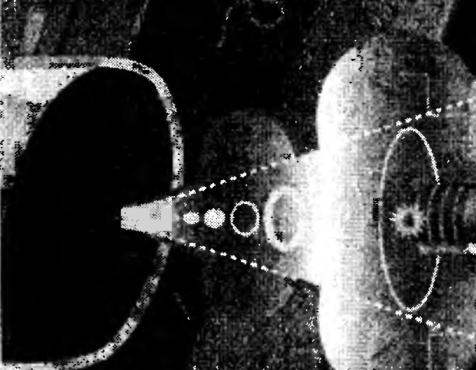 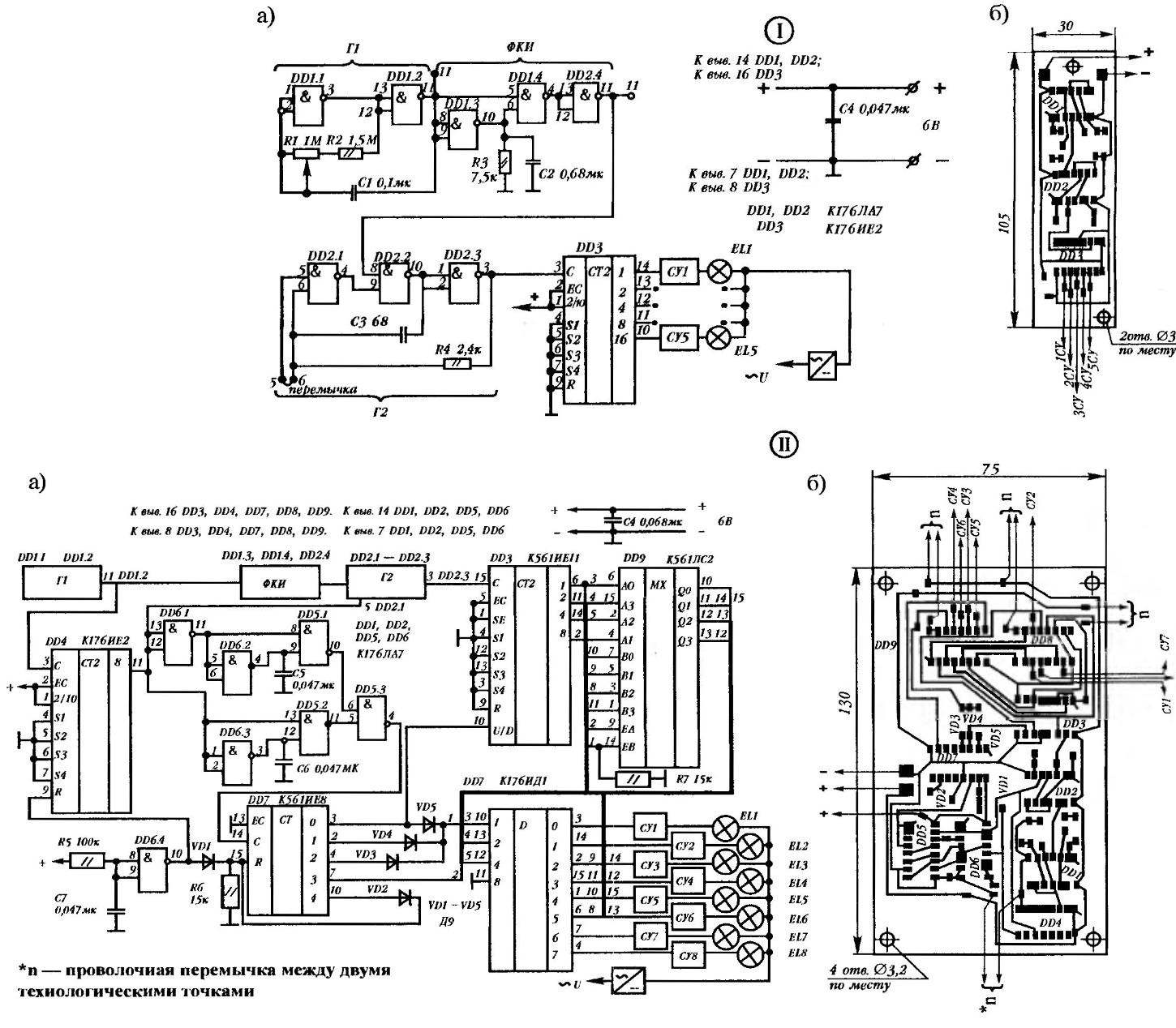 Fig.1. Relatively simple (I) and complex (II) automatic machines of lighting effects:
a — schematic; b — sketch of the printed circuit Board; numbering of the used electronic components through

Fig.2. Schematic and PCB of the device to anchor the frequency of switching lamps to the rhythm of percussion instruments musical accompaniment

Fig.3. The control circuit of the light devices:
a — low; b — high voltage, relay and 100-watt load; in—contact switching powerful loads; g with the optocoupler in the control value
Now some words about the mentioned console for “binding” (approval) frequency of switching lamps to tempo percussion music. As can be seen from the circuit diagram (Fig.2), the device is a filter (VT1, R3, R4, C2) with a cutoff frequency of 100 Hz connected to the analog-to-digital Converter (VT2, VD1, VD2, and DD1). As well as the output 11 DD1.3 is equivalent to the earlier conclusion 11 DD1.2 generator G1 (Fig.1), it becomes quite feasible connecting the tuner to the shaper short pulses using a standard toggle switch SB1.
The choice of a particular control scheme (Fig.3) depends on the objectives and capabilities of the manufacturer. Note, however, that VT2 should have a surplus of 1K, 20-30 percent above the maximum load current. Deciding to use variants with relay, it is useful also to know what is popular among radio Amateurs RES22 can manage (without thyristor switching power circuit) with a load not exceeding 100 W in a contact group. Besides, the relay circuit is the most “slow”; their use is justified if the planned switching frequency of no more than eight switches per second. It is possible and the control of the thyristor through a pulse transformer. However, it would require a separate generator and auxiliary circuit switching.
Source of power for any of the ASE and consoles can serve both homemade and ready-made power supply units with output voltages from 5 to 12 V. including stable — the calculator. It is only necessary to note that when the 6-volt supply, for example, the machine consumes current up to 20 mA, a prefix of up to 10 mA, plus more of the control circuit of the light devices not to mention switched the bulbs.
The least economical relay control circuit. For example, when using relay RES22 resistance 175 Ohm winding control circuit with 12 volt supply voltage will consume at least 70 mA per channel.
Rectifier diodes VD3—VD6 circuits of the thyristors should have a supply of current, 30 percent greater than the sum of Potr all lamps. If the required high-current valves at hand do not prove, that instead of one common diode bridge to apply multiple rectifiers, each of which will feed as many channels as he can provide.
Building machines is to verify that the generators G1 and G2. If ASE is powered from a source with a voltage other than 6, you have to adjust the values of resistor R2 (and getting to And produced pulses in the desired range)and capacitor C2 (the increased Range capacity decrease and increase low).
The design of the machines used resistors MINTS or their analogues. Variable resistor R1 is any of group A. select the type of capacitors, including electrolytic bolsaescola, practically is not limited. Diodes D9 completely interchangeable counterparts. Instead of transistors KT315, you can install КТ312, КТ3102, КТ209. Power semiconductor triode КТ815А (КТ815В) model on КТ817 with indices from A to G in the name.
The thyristors it is necessary to take more powerful and install on the radiators (preferably with forced cooling for lamps over 600 watts per channel). Rectifier diodes: 5-amp-wide — КД202Ж, КД202К, КД202М, Д231Б, Д245Б; 10-amp – Д231А, Д232А, Д233, Д245А, Д246А, Д247. Relay: 5-volt — RES9 (passport RS4.524.203), РЭС10 (RS4.524.304); 12-volt – RES9 (RS4. 524.202), РЭС10 (RS4.524.312, RS4.524.322), РЭС15 (RS4.591.004), RES22 for direct control of lamps (RF4.523.023-01 or coil resistance 175 Ohms, RF4.523.023-05).
With the replacement chip, the situation is somewhat more complicated. In particular, in place К176ИЕ2 in the first machine (the counter DD3) acceptable use К561ИЕ11 or К165ИЕ14. In this case, the ASE will be four channel. And К561ИЕ11 is included according to figure 1, except that the terminal 10 is served -Usup. When installing К561ИЕ14 the pins 9 and 10 connect to +Usup. Conclusions these chips the same purpose.
The second machine is acceptable to use as a counter DD4 chips К561ИЕ11, not К176ИЕ2. However, the ASE will have to adjust a little: o 10 newly installed circuits be grounded, and the second enable instead of 11. In addition, the output 15 of the counter DD4 will need to make a pulse generator G1.
You can also change К561ИЕ8 (counter DD7) К561ИЕ9 change but the soldering of the diode VD2, the new location, which is between terminals 11 and 15. And as a counter DD3 is permissible to use other than scheduled К561ИЕ11, chips. For example, К561ИЕ14 with a corresponding adjustment: the output 9 of the counter should now apply +Usup .
In conclusion, an important reminder. When replacing the chips for the imminent corresponding changes in the PCB layout.
D. ATAEV, Sterlitamak, Bashkortostan