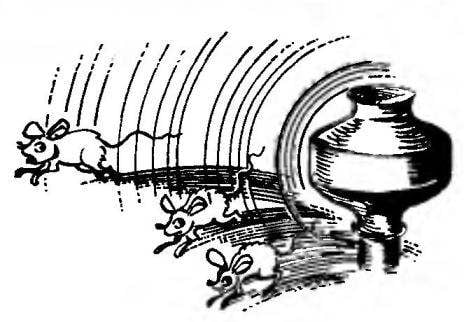 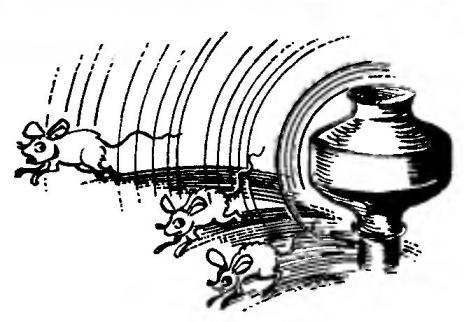 Among the elastic vibrations of the air special interest to long causes imperceptible to the human ear ultrasound (from Latin ultra, next, over, beyond), the lower frequency limit of which is considered to be 20 kHz. Insects, bats and even cetaceans have successfully used this natural gift: some are for communication, others for hunting, others for the locations of terrain and obstacle avoidance in poor visibility conditions. Looking closely at the role of ultrasound in the animal world, man takes some of the identified “patents” of nature to their service. In particular, uses a “silent” whistle. The hunter blows into it, and on this call, many perfectly inaudible from the thicket suddenly the dog appears to perceive supplied in this whistle.
No less popular and ultrasonic sonar, the analogues of which can be safely attributed “locators” cetaceans and bats. Sending using this tool and then taking from the bottom of the reflected ultrasonic pulses the captain of the ship receives operational information about the depths of the pond.
Is for ultrasound and other work. In chemistry, for example, it’s getting fine-dispersed emulsions in medicine — the study of the internal organs, metalldetektoren — detection of hidden cavities and cracks in castings of the parts. Fans of the popular science television programmes you remember, perhaps, shown on national television spectacular experience where nestled peacefully Cup suddenly shatters into pieces, and explained: this disruption occurs when the frequency of the ultrasonic radiation with a resonant frequency of the fragile vessel and that caused by the ultrasound microexplosions promising to use for cleaning different surfaces. 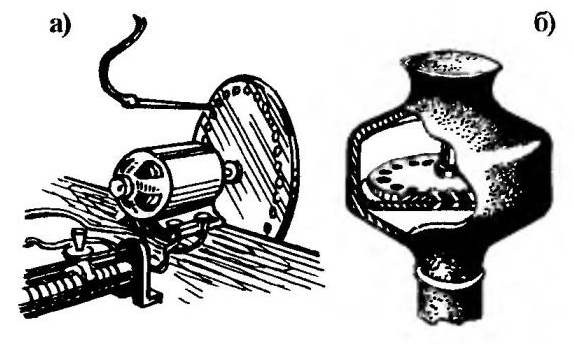 Filter for suppression of the feedback amplifier of electric signals at ultrasonic frequencies
Kinda non-traditional method of obtaining ultrasound periodic interruption of the focused air stream of a rotating disk with multiple holes around the circumference. When the jet is suppressed ascended the wall, behind it vacuum is formed, immediately fill with ambient air.
The spectrum of the resulting vibrations of the air contains a lot of frequencies multiple of the main (unit is Hz), which is determined by the product of the number of holes in the disk at the rotation speed (Rev/sec). There is here, of course, and ultrasound, which can be used for different purposes, including controlling harmful rodents (there is evidence that mice and rats getting used to the monotonous ultrasonic vibrations, can not tolerate periodic changes of frequency in the range of 25-50 kHz).
Here is an example of the negative effects of ultrasound. With him, we must encounter when using devices having electronic cascades with high gain, when he says about his so-called parasitic feedback of the input and output. The result is not only partly generated by the ultrasound emitter, from which the people start to hurt your ears, but hidden, not perceived overload of electronic nodes, threatening the release of their failure. Such an undesirable effect of parasitic capacitance is neutralized by introducing into the General food chain kaskadov special (for example, registerno-capacitor-wide) filters RфСфRф.
Unsuccessfully be electronic methods to solving other, not only technical problems. For example, in the struggle with the already mentioned rodents, using their specific reaction to the ultrasound. Readers — fans make things with their hands can recommend one of these proteomes-tion (protivoglistnyh) structures: aviaperelety ultrasonic emitter. 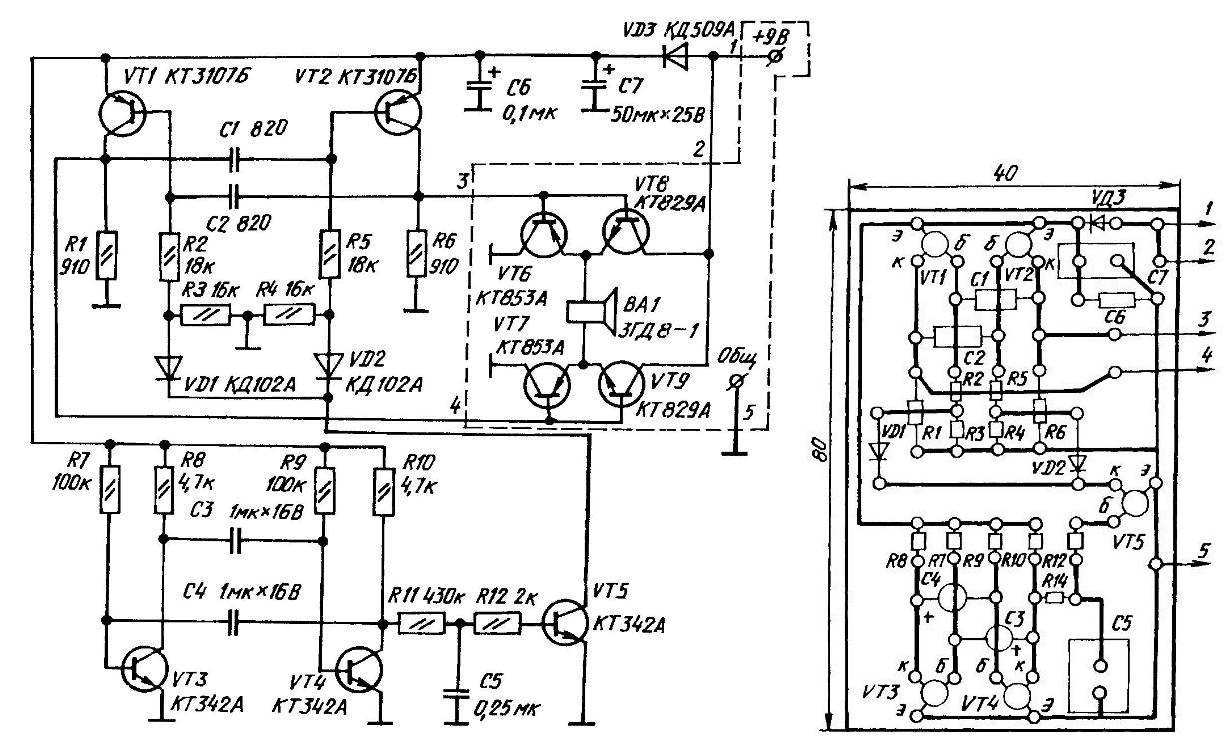 Circuit diagram and circuit Board homemade ultrasonic emitter “Antigreen”
Improvised device “Antigreen” contains two generators of electrical oscillations, a powerful output stage and electrodynamic emitter of ultrasonic vibrations, “rock” surrounding air environment. The main generator operating in the ultrasonic region, built according to the scheme of the symmetric multivibrator on transistors VT1—VT2. The corresponding switching frequency is set by the values of capacitors C1 and C2 and the resistance of pairs of resistors R2— R3 and R4—R5. While respecting the values indicated on the circuit diagram, it is approximately 25 kHz. However, if the resistors R3 and R4 to short-circuit, the frequency will double. This and the “engaged” with a frequency of approximately seven times per second, the second generator, collected on transistors VT3—VT4.
The UPS and downs in voltage at the collector of VT4 is controlled by the transistor VT5, unlocking and locking it. Open the transition collector-emitter voltage of this semiconductor triode shunts (through the diodes VD1 and VD2) resistors R3 and R4, causing the frequency of the generator increases. However, the switching of the transistor VT5 occur not irregular, but gradually. Thanks to integrating the chain R11С5 it is a kind of “walk” in the range from 25 to 50 kHz.
The same frequency switch operating in key mode, the transistors VT6—VT9 output stage driven by alternating pulses at the collectors VT1 and VT2. The high level of the load voltage VT1 unlocks the transistor VT9, and a low level at the output of the VT2 — VT6 transistor. As a result, the current from the power source flows in one half cycle of the generator via BA1 from the bottom up, and in the other, when open VT7 and VT8, in the opposite direction, causing a dynamic head to work in unnatural for her part of the ultrasonic range.
Parts for Assembly of such a radiator are required the most common. In particular, resistor MLT-0.25 and KLS capacitors (C1, C2), K73-11 (C5, C6), C50-20 (C7). As emitter suitable “high frequency” dynamic type head ZGD-1.
All parts, except the power transistors VT6—VT9, mounted on pseudospectral (Welt) Board from a one-sided foil fiberglass thickness of 1.5—2 mm. the Transistors VT6—VT9 used with radiators of rectangular shape, which are mounted either on the circuit Board, or mounted directly on the housing of the device, excluding the electrical connection of the radiators together.
A test launch of the ultrasonic transducer can be carried out, nourishing it from the six series-connected galvanic cells. In normal mode the device operates continuously, so the power supply should use a rectifier with a filter designed for a load current of 2.5—3 a at A voltage of 9 V.
P. YURYEV