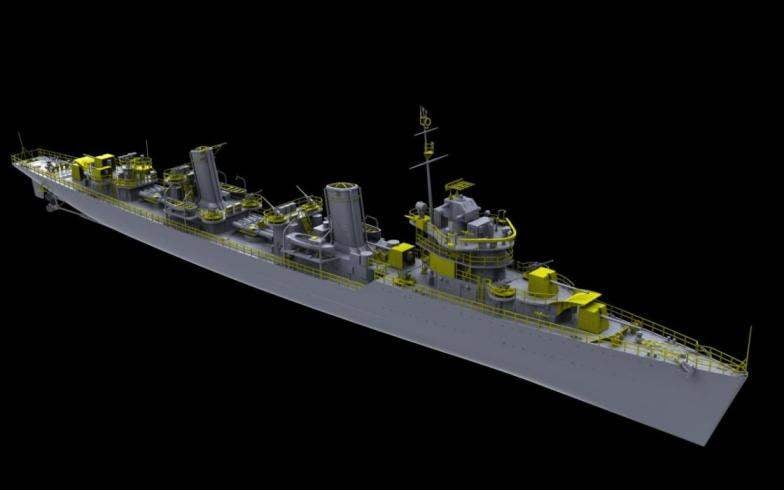 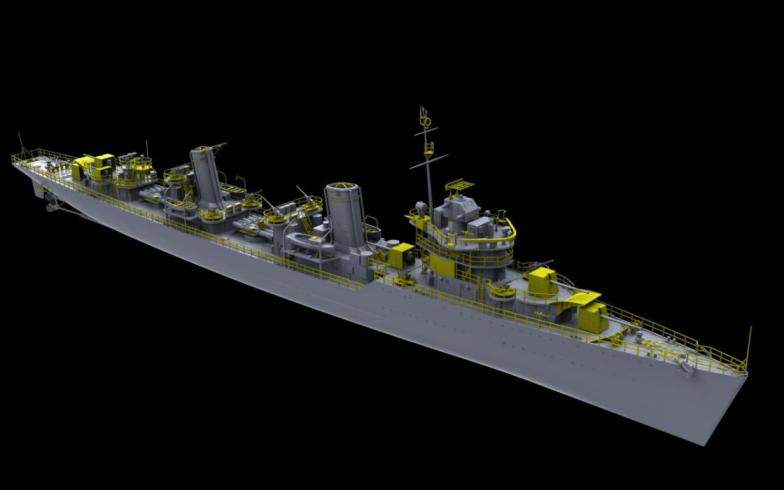 14 Oct 1942. Just beginning to dawn. Wet snow, bands of fog over the sea hanging heavy clouds. But even the usual Arctic weather does not disturb the festive atmosphere. Destroyer “Gremyashchy” under the flag of the commander of the Northern fleet, Vice Admiral A. G. Golovko meets the leader of “Baku” and the destroyers “Reasonable” and “Furious”. On “Rumbling”, having noticed the approaching ships, raise the alarm: “Congratulations on a successful end of the campaign”.

In 9 hours and 20 minutes of “Baku” and destroyer give anchor in one of the bays. The commander of the fleet coming on Board leader and congratulates the command of the detachments of the personnel with the arrival of the Northern fleet.

Thus ended the unprecedented transition of the expedition of special function – three warships of the Pacific fleet to the shores of Murman. Harsh and difficult was this campaign. Many trials fell to the lot of its participants, but the resilience, courage, high skill and sense of duty helped sailors to successfully conduct ships through Arctic ice.

In may 1942 the people’s Commissariat of the Navy decided to transfer some warships from the Far East in support of the Northern fleet.

For the first time in the history of the conquest of the Arctic, our sailors had to make the transition through the Northern sea route in the direction from East to West. In Vladivostok, ships, hastily prepared for the trip – “dressed” in a special “coat” to protect the sides from compression and shocks on the ice, replaced the high speed screws on the ice. Carefully studied the experience of previous expeditions: the transition of the Northern sea route from West to East in 1936 destroyers and in 1940 the submarine Shch-423. 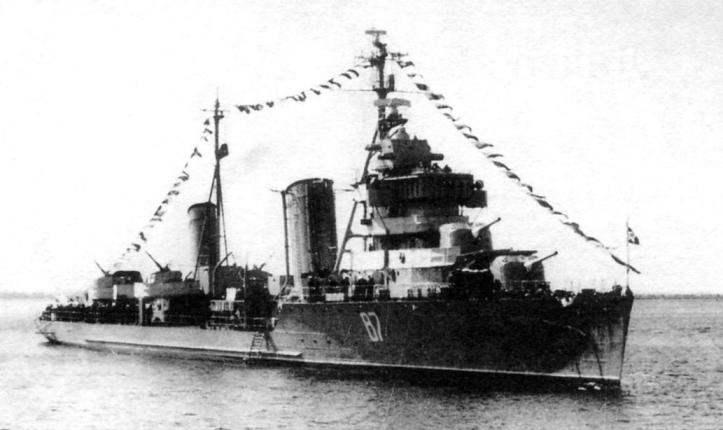 THE LEADER OF “BAKU”

The chief pilotage was assigned to the famous polar Explorer, hero of the Soviet Union captain 2nd rank M. P. Belousov, commander of the squadron – captain 1-St rank V. N. Obukhov, a member of the transition from Kronstadt to Vladivostok in 1936. The ice captain has become known around the world V. I. Voronin, commander of the legendary “Chelyuskin”, a participant of the transaction of warships of the Northern sea route in 1936 and 1940. Ice reconnaissance was to lead the famous polar pilot Ivan Cherevichny.

…On 15 July 1942. A short meeting, the moment of farewell. The ships fall in line and head to the Isle of Askold. When passing the First Kuril Strait – alarm: loom ships of the Japanese Navy. “Baku” and destroyer in full combat readiness are Strait. Soon a short docked in the Avacha Bay of Petropavlovsk-Kamchatsky, adding fuel and then a seven day transition to a raging ocean in the Bay of Provideniya on Chukotka.

Here the detachment was expecting transports and icebreaker “Mikoyan” who joined the expedition. On August 14 the chief of the transactions of M. P. Belousov gave orders to move on.

With every traveled mile was coming known for his cunning Arctic. The next day in the Chukchi sea ships had to meet with the first ice, and then ice situation became very difficult. The passage of Chukotka in the East Siberian sea near Wrangel island was blocked by heavy heavy ice. Moving on became impossible: the wind pressed the ice to the shore. Icebreaker climbed on the ice, but to crush, to split it could not, and, exhausted, rolled back. To save ships, to hold on to a favorable wind, decided blowtorch and a ferry to cut the ice from the sides of vessels.

Floating base – transport “Volga” – jammed the ice field and carried it to the side. The communication stopped. Felt the lack of bread and fresh water. Luckily, the ships had a supply of biscuits. In the afternoon, when the ice had melted the snow on Board pumped the formed water.

Several days later, the caravan reached the icebreaker “I. Stalin”. Only after that managed to pave the way for clean water. The ships slowly, at a speed of 5-6 knots, continued to move West.

Pilot I. I. Cherevichny squeezed from your seaplane everything, making countless reconnaissance flights, and the courts pointing to passages in the ice. Barely slept ice captain V. I. Voronin. With binoculars on formarse he was constantly looking for leads, experienced eye estimated the thickness and strength of ice fields. 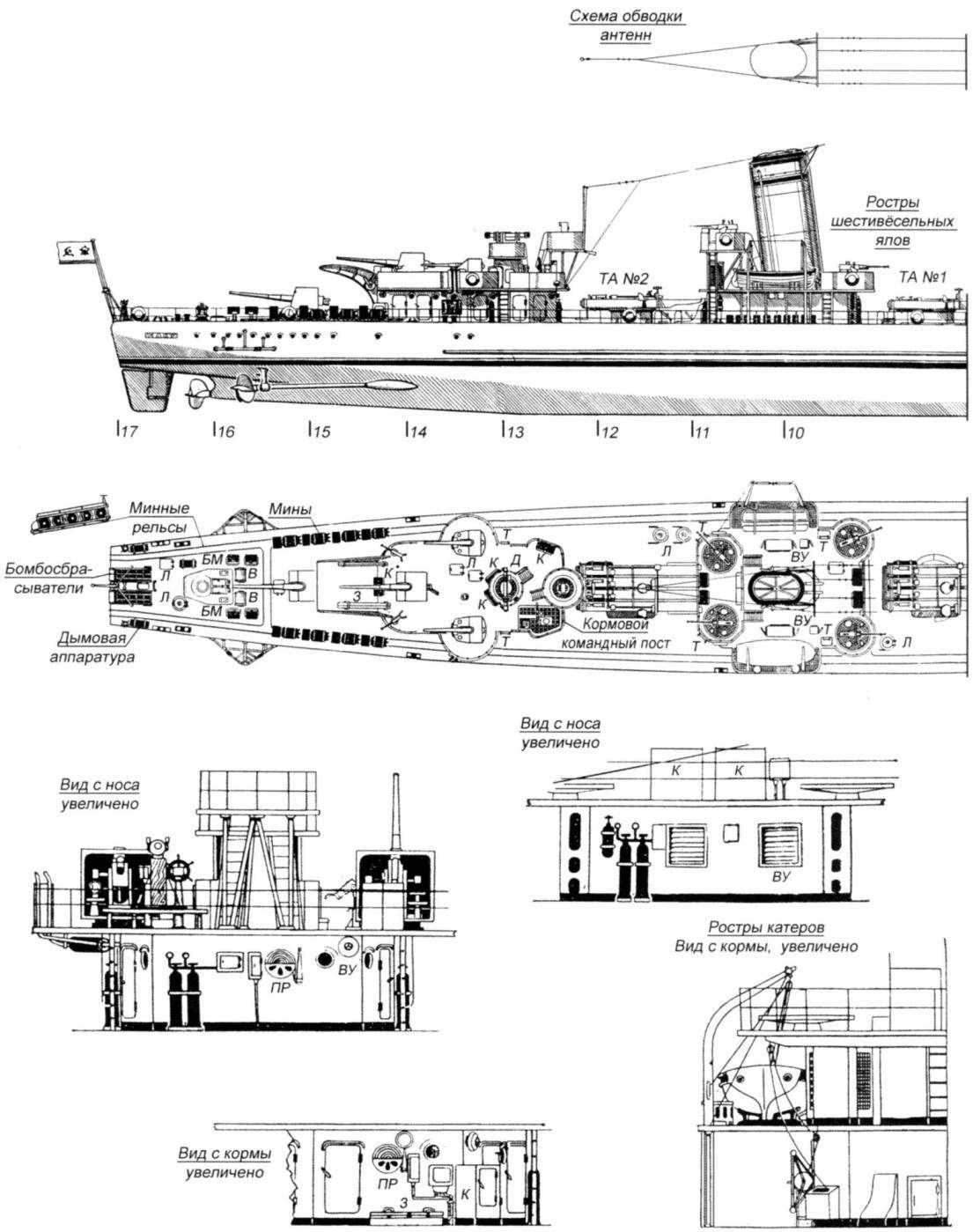 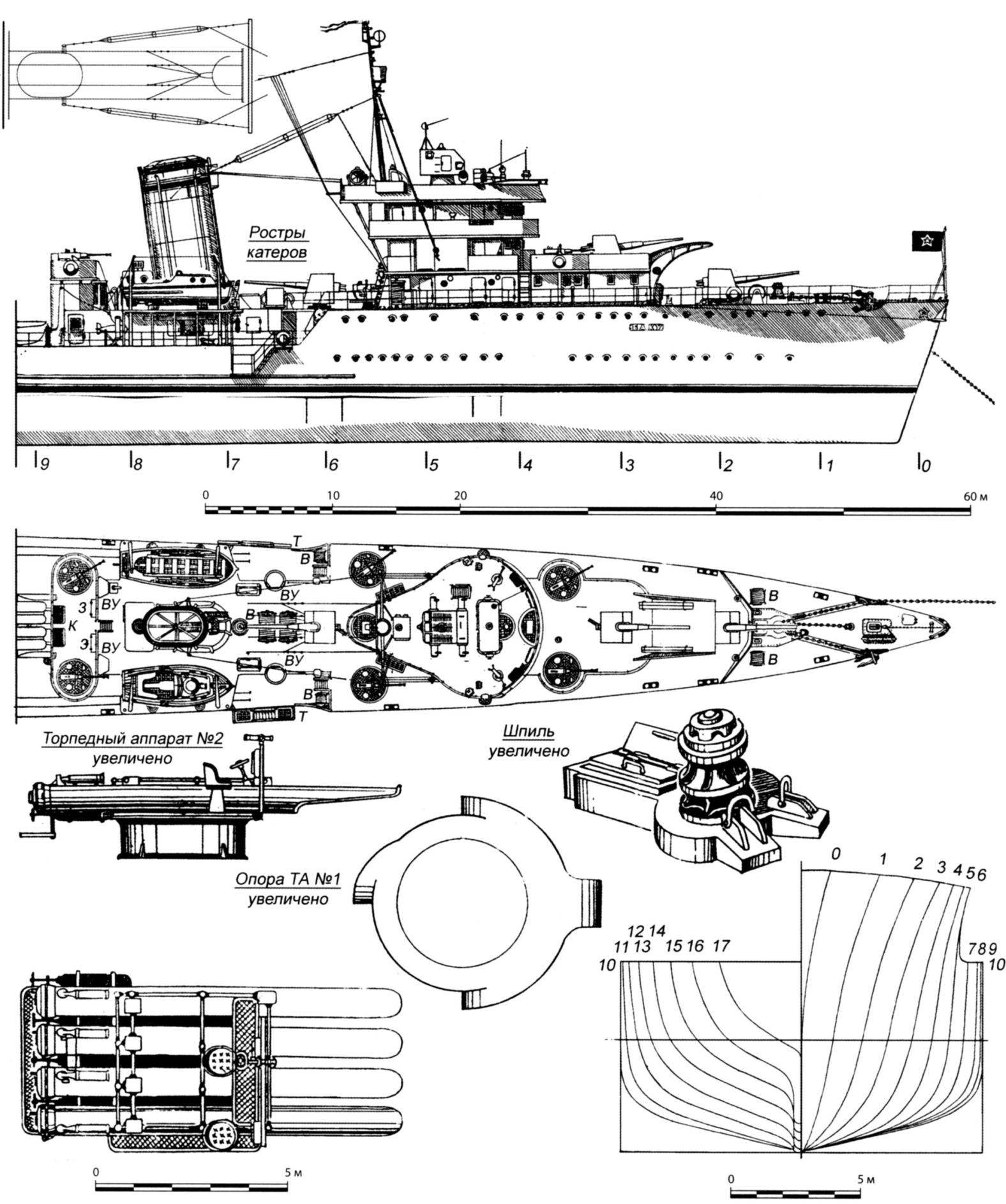 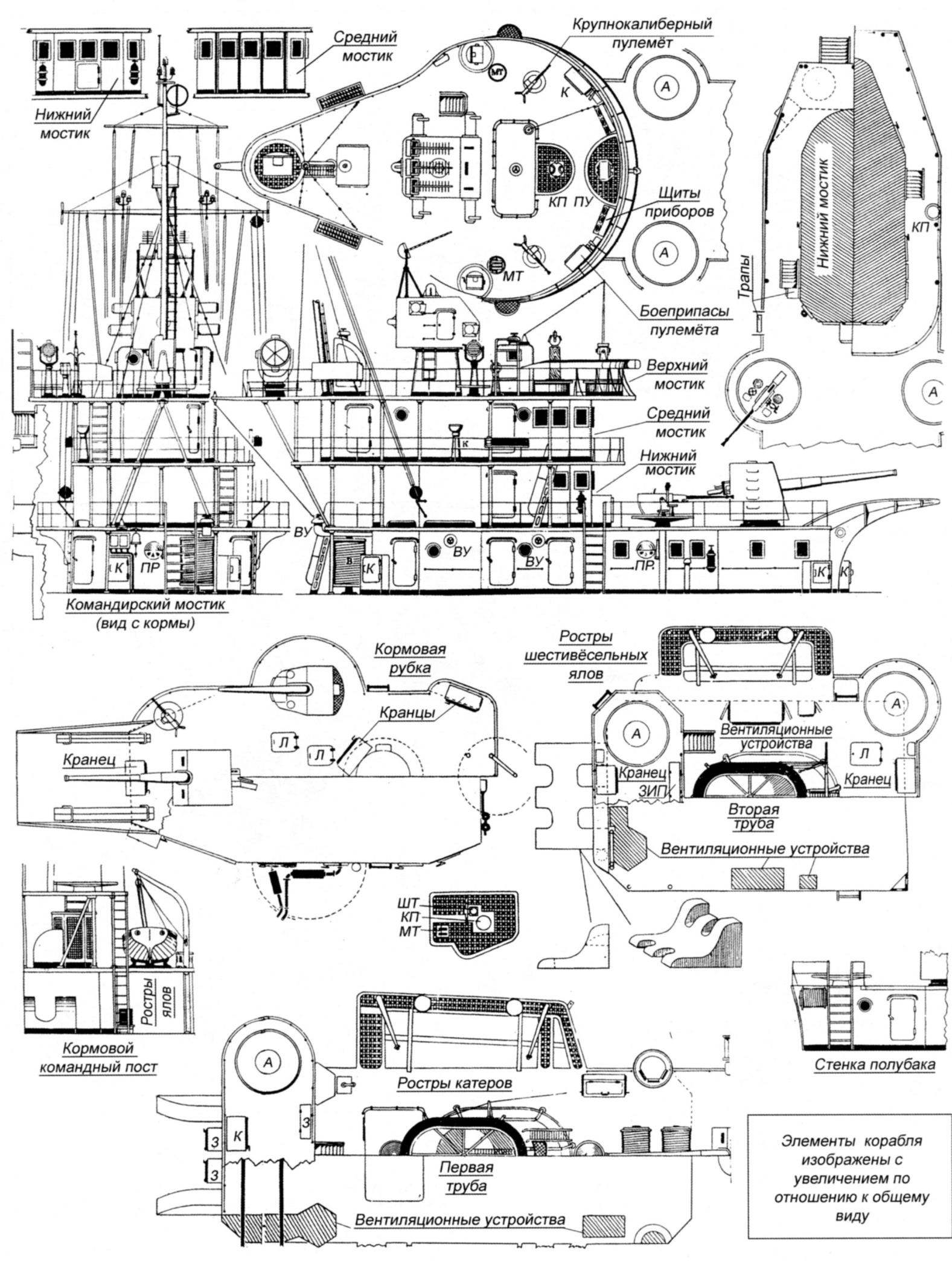 In the Bay kolacinski ships took on Board a supply of fuel and food and carried on swimming. But soon the expedition was again in heavy ice and for a long time could not get out of the trap.

A strong wind started the motion of the ice. Fought with him by all means: undermine the depth charges, kaliveli from the buildings with ice picks, making ice anchors. But the situation remained threatening… member of the transition, now rear Admiral N. And. Trukhin wrote then in his diary: “do we Move forward? Think, spinning in place. The ship breathing hard, as if alive. If we are pressed to solid ice field, it will be in captivity of ice”.

Finally, the wind changed direction. Began to form the openings. The voyage lasted. On the way to Tiksi the command of the expedition received a telegram from the Main staff of the Navy, which reported the first breakthrough in the Arctic waters of the German raider. “Baku” and destroyer immediately went into high alert. The number of alarms and drills sharply increased. Had to consider that the balance of forces is not in our favor.

To Dixon, the expedition arrived a few days after the German raider “Admiral Scheer” shelled the port of the island. Area of ice was left behind, and warships have re-set the high speed screws. And the freighters and icebreaker, which was part of the expedition, finished in Dixon on his way.

The transition to the Kola Bay was successful. Behind were more than 7 thousand miles and a few days later commander of the Northern fleet received the report about the successful completion of a government job.

The rest of the sailors who committed the arduous transition from the Pacific ocean, was a short… on 29 October 1942 the commander of the 14th army of the Karelian front appealed to the staff of the Northern fleet with the request to destroy the fascist and battery firing points, hindering the advance of our troops. For the job was a dedicated leader “Baku” and destroyer “Reasonable”.

Approaching the enemy coast, the ships opened rapid fire. Hitler’s artillery tried to reply, but under a hail of powerful rounds quickly fell silent. Having destroyed two batteries and several bunkers, the ships returned home safely. A few hours after a fire RAID our radio operators intercepted a radio message to the headquarters of the fascist fleet in the North: “the Russian had new ships, with a strong artillery. At the meeting the necessary care.” Thus ended the first military campaign “Baku”.

…On the night of 26 October 1944 “Baku” and destroyer “Gremyashchy”, “Reasonable” and “Furious” got a job to go to the area of vardø-Tana-Fiord, search of enemy ships to bombard the port of vardø and destroy fifteen enemy ships.

At 0 h 15 minutes, the ships went on the beam the ward and began a search of the convoy of the enemy. The Germans took refuge in a deep, winding fjords. Squad was close to the shore, then retreated into the sea. At the latitude of Cape Berlevag ships went in the opposite direction and went to vardø in the North, where the Nazis were not expecting them. In the port of brightly burning lights, hastily loaded the court that at the crack of dawn to head out to sea to save the remnants of the defeated divisions. 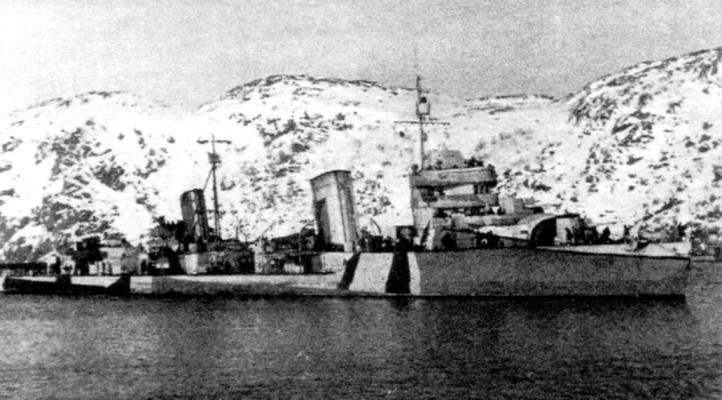 The Leader Of “Baku”

As soon as the “Baku” came to fighting distance, the detachment commander rear Admiral V. A. Fokin has ordered a red signal rotheram. It was a sign of the beginning of the shelling. The leader of the gunners opened heavy fire on the docks in the Northern part of the port of vardø. Talking guns of the destroyers. In a few minutes the shore of dazzling burned.

Eyewitnesses Norwegian fishermen later said the first shells smashed into splinters berthing facilities, destroyed standing at the pier transportation, along with hundreds of Nazi soldiers – “heroes of Narvik and Crete”.

The strike leader, and destroyer of the sea was so daring and unexpected that the Germans mistook it for an air RAID. They opened a heavy AA fire. Only later, when our ships began to retreat, the Germans realized that the bombardment is not from the air and from the sea. Opened fire of the German coastal batteries of large caliber. Four flare shells hang in the sky and dark silhouettes of the ships clearly delineated on the water.

The Germans concentrated their main fire on the flagship, the leader of “Baku”. The shells were falling near the side, pieces pounded to the body and add-ons.

Five destroyers of the enemy on the Nord!

The leader of the destroyers would be in the corridor between the shore batteries and destroyers of the enemy. But the Nazis did not dare to take the fight and soon disappeared over the horizon.

More than 40 thousand miles storm was the leader of “Baku” during the years of the great Patriotic war, has escorted more than 170 transports, have caused great damage to the Nazis.

In all the military campaigns of the sailors of the ship has demonstrated the fearlessness, durability, high military skill. In March 1945 for military merits before the Homeland, the leader “Baku” was awarded the order of red banner.