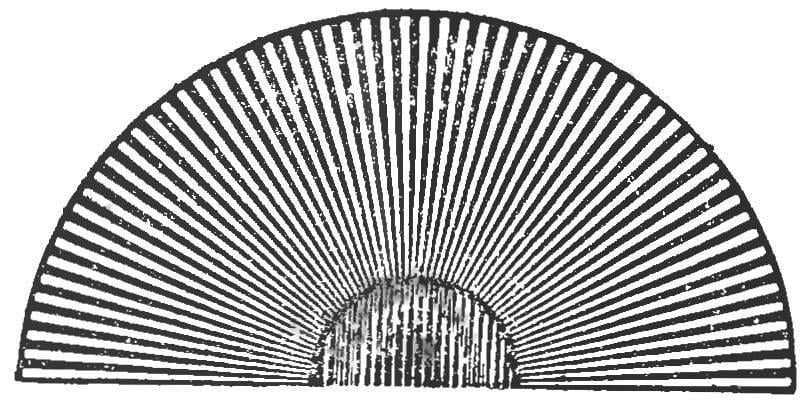 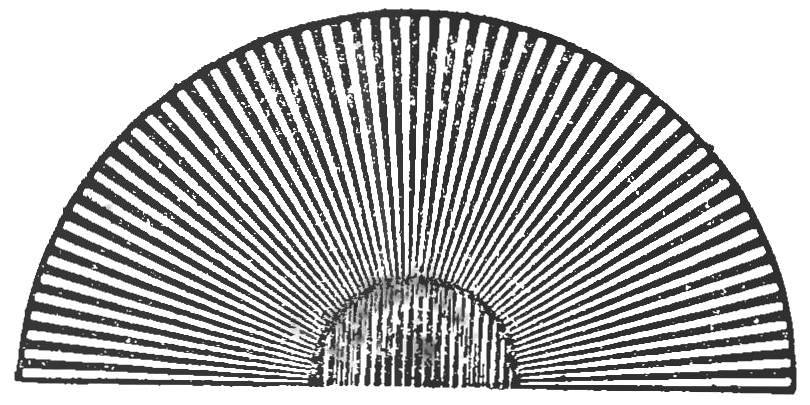 In the Soviet Union it issued certificate number 365089. Obtained patents in Italy, Sweden and France. License was purchased by the famous firms in the United States, and Japan; they are interested in many companies in Germany, Belgium, England and other foreign countries.
We are talking about new high-performance tool (invention V. S. Salukvadze), intended for surface treatment of metal. With its help it becomes possible to mechanize a labor intensive operation in a number of sectors of the economy. Not by chance instrument was exhibited at the Exhibition of achievements of national economy of the USSR and awarded medals ENEA USSR. And at the international invention exhibition in Brno was awarded a gold medal.
Today we introduce young innovators, enthusiasts for innovation with this unusual instrument.
The symptoms of this disease are always the same: small red rash like smallpox, cover the unprotected surface of the metal, gradually Ishida, destroying it. Unless urgent measures — solid brown scab rust soon swarmed all gnawing through the metal until the entire design will not turn into dust, red dust.
The diagnosis is dire — corrosion, chronic disease of metal known as long as there is the metal itself. The same amount of time, probably, being and the search for effective means of treatment. Yet the most effective remains the most ancient way of coating metal with any protective layer: lubricant, bitumen varnish, various enamels, plastics. However, we need to clean up the metal surface to remove layers of rust, scale or old paint. 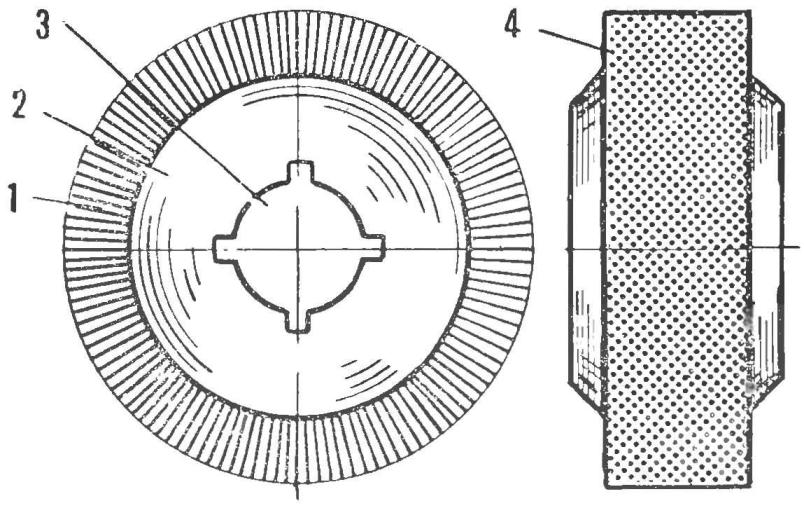 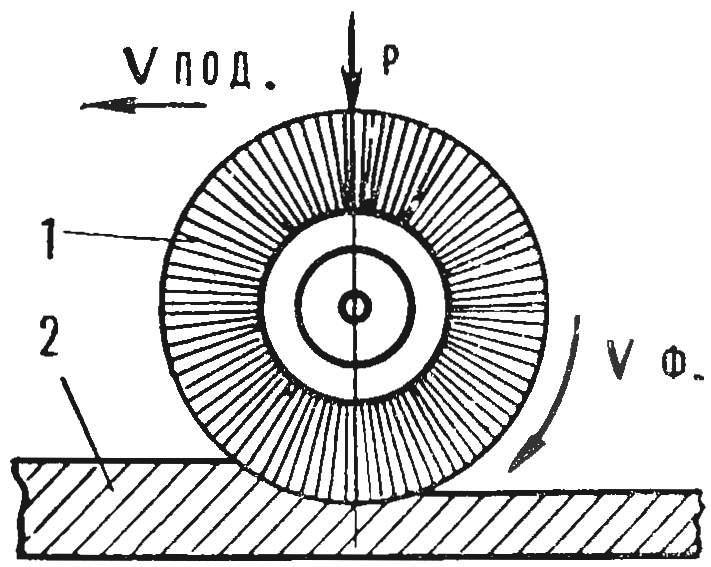 Fig. 2. Scheme of eglomise:
1 — eglomise (suspension — floating)”, 2 — the surface to be treated, Vф — speed rotation of the cutter under the V — feed speed of the tool, R — tool pressure on the work surface.
These operations are cleaning in the most inefficient, time-consuming, and often harmful to health or the environment: application for rust removal abrasives leads to the formation of dust, and chemicals (acid, emulsions, pastes, etc.) require subsequent rinsing with water that is poisoning the place runoff: ponds, rivers, lakes.
It is therefore understandable that the great interest aroused specialists modest exhibit section of the invention in the pavilion “engineering” VDNH USSR. It was a new tool for treatment of metal surfaces, proposed by an engineer of all-Union research Institute for construction of pipelines, V. S., Salukvadze. The inventor called it ignorati.
Reviewing the description of this unusual instrument, the experts refused to believe the data — so did not match the appearance of the instrument with the versatile and surprisingly broad in scope properties, which he has
And “appearance” in ignorez do more than modest and, in any case, nothing unusual at first glance in it. Villager, lover of hunting it resembles a fish, which clean the gun barrel after shooting to remove powder residue. Townspeople are also suddenly hear something familiar in her designs — remember a cylindrical rotary brush with hairs-delays, which cars have the wipers sweep the streets. Who thinks of the brushes of the polisher Association can be very different, but converge in one: the tool is really similar to the round brush. 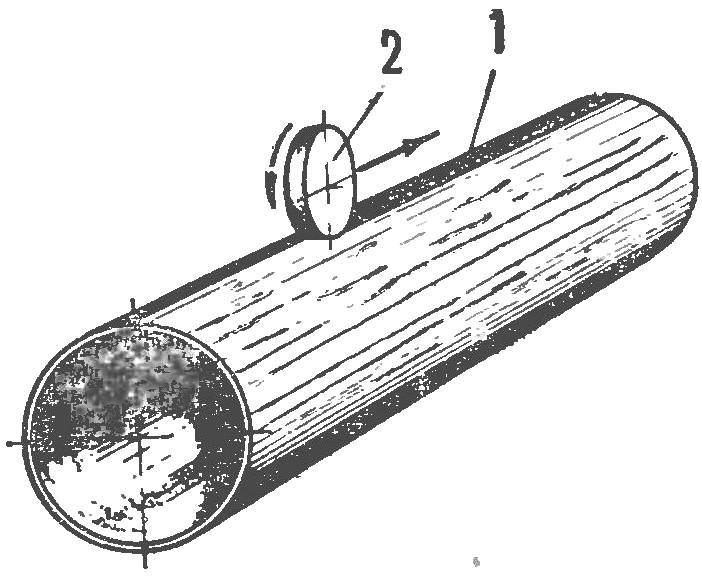 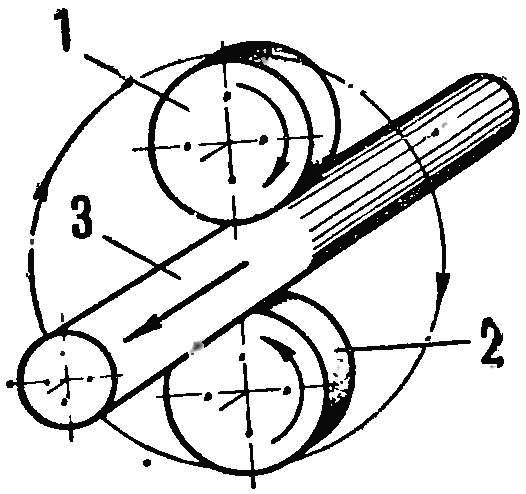 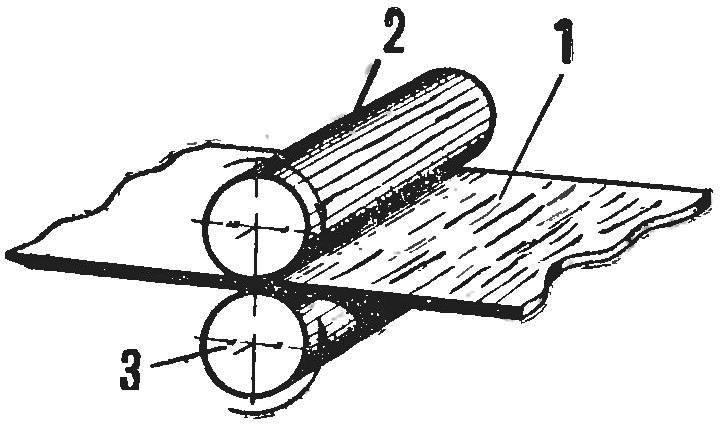 Fig. 5. Bilateral Stripping of sheet metal
1 — metal strip, 2-3 — cylindrical eglomise.
Imagine two small disk, between which is clamped a radially divergent, like so many radii of one circle, elastic metal hair. They pressed each other so tightly that their ends form an almost continuous smooth surface, like the rim. But slide your finger along the edge of this deceptive smoothness — it splits into separate spring rods, which, freed from your depression, then take its original position, obstinately forming a single end surface. And what’s interesting: if you spend so a few times, you will find that the skin of your finger smoothly like a razor blade, lightly cut every time!
In this observation lies the key to understanding the principle of operation of ignorez. Closer to the center of the tool all needles are not just compressed, but sealed. Other their ends, forming end, the working, surface, free, but elastically clamped in tight formation supported by the spring rods. Being pressed against the workpiece, the ends of the needles slightly folded, with B. contact with the surface includes a sharp edge to their end of the circle. It turns microrates fixing the mandrel which serve as supporting its adjacent needle.
Each needle cuts microstroke, and all of them together in a single pass can remove sing material from 2-3 microns to 3 mm.
Due to elasticity, and by springing the adjacent needles each microradar when passing paroobrazovaniya surface is in relation to it at different angles, and this means that the cutting is alternated with mode practical: easy to apply. Thus, eglomise is self-sharpening cutting tool.
Numerous tests and operational use of ignorez Salukvadze has shown its high performance, reliability and versatility, as well as many other advantages compared with apply still tools and processes surface treatment of metal.
You can use it with high efficiency to remove rust, not only with flat surfaces, but on any curved profile, for example, inside the area, finned oval tubes and so on, as the tool itself is easy to attach the respective profile of the working surface.
Ignorati becomes possible with great performance to remove slag, metal penetration, rabito, cut various defects of the surface layer, to smooth out the weld, burrs and burrs on metal. Microraster in this indifferent, cold or hot condition of the workpiece, so they can be used to clean rolled steel. New tool give different grades of steel, alloys, non-ferrous metals; they can easily handle plastic, wood — a variety of materials.
Ignorez can be not only any profile of its working surface, but also width, so that it becomes possible to conduct the cleaning of metal strips, belts and sheets for the whole of their width, and at the same time on both sides. The speed of the sweep can reach up to tens of meters per minute.
How necessary was such a tool for processing sheet material, says the fact that these operations ignorez get used in the first place. At the plant “hammer and Sickle” has been used successfully importera machine for continuous cleaning of strips of alloy steels from scale and surface defects. It replaced manual abrasive cleaning. The same machine for the same purpose was built at the plant “Elektrostal”, where she replaced the chemical etching. Implementing a new technological process on some metal, pipe, shipbuilding and other enterprises. It is very important to emphasize that islamizirovannie allows you to automate many operations.
The list of benefits of the new tool is quite large. But among them must also be identified such as high performance and durability, combined with a small cost of microlestes. Moreover, the tool itself has minor wear, allowing it to operate continuously for thousands of hours without needing any replacement or sharpening, eliminating unproductive downtime.
Importera the treatment is comfortable because depending on the technological requirements with its help can be obtained as a rough surface and a smooth, high-quality, usually achieved by grinding and polishing. 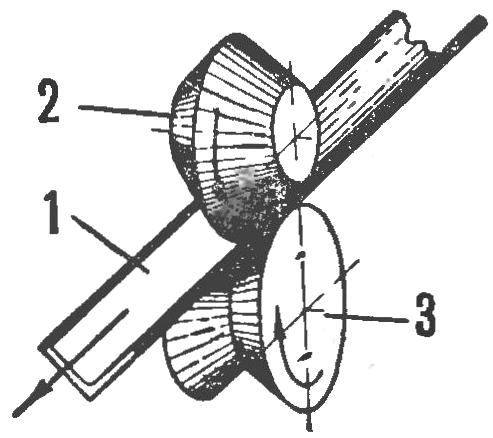 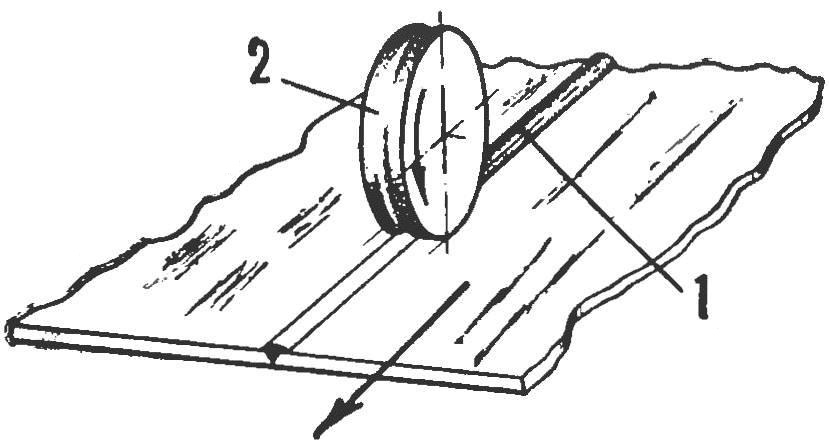 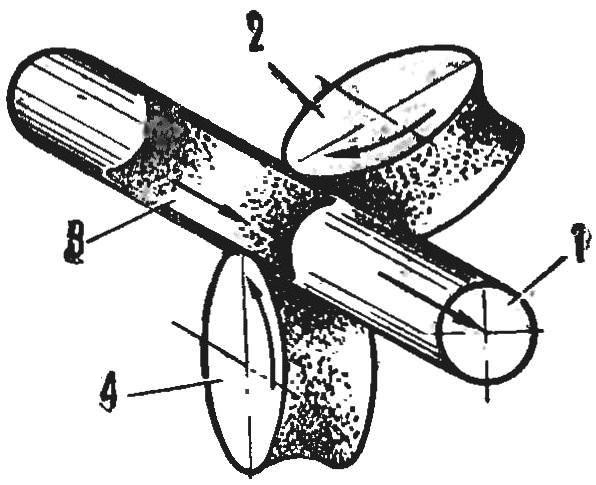 Fig. 8. Triangular sweep tubes:
1 — tube, 2-4 — profiled hlopez.
In contrast to processes with the use of abrasives of new technology is not accompanied by sparking, which is important for explosive industries. She gives and dust. Cut ignorati microstroke is a pure metal powder, which can be melted, be used in powder metallurgy.
Even a cursory enumeration of the advantages and fields of application shows that the possibilities of the new instrument is extraordinarily broad and, in essence, are still not disclosed. Eglomise waiting for support Komsomol enthusiasts of new equipment, TTM units that could take over its implementation.
The invention V. S. Salukvadze is of great interest for the enterprises black and nonferrous metallurgy, refineries and petrochemical engineering, shipbuilding, aviation and many other industries, a variety of repair and construction enterprises, as replacing an abrasive and shot-blasting or blast cleaning, and in many cases, chemical etching, it dramatically improves productivity and reduces labor costs.
It is estimated that the annual economic effect from the introduction of igaratinga Assembly for Stripping bands from titanium and superalloys reaches one million rubles.
THE WORD INVENTOR
Islamizirovannie especially effective when cleaning large surfaces and massive parts. This can be applied milling, planing or special machines.
Note, however, that they used a new type of tool — eglomise — will work only under strictly defined conditions and modes. Therefore, it is not just to replace, say, abrasive stone, as incorrectly selected or incorrectly used tool in practice or is not working or does not give the expected effect.
In the laboratory of importerade all-Union scientific-research Institute VNIIST, which is the developer of the method and the leading organization in this new technology, created about twenty types ignores, each designed for specific process requirements.
There are ignorez dwarfs, which allow, for example, to clean the inner surface tube with a diameter of only 30 mm; there were ignorez giants with a diameter of almost 1 m and weighing about 1000 kg, is designed to handle large planes.
The necessary advice on their use, the Institute of VNIIST provides at the request of organizations.
V. SALUKVADZE, head of laboratory of importerade VNIIST
Senior engineer of the pavilion “engineering” Z. A. Kondratova