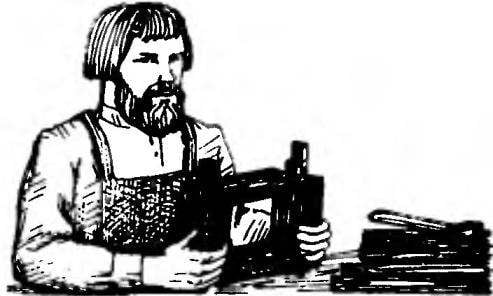 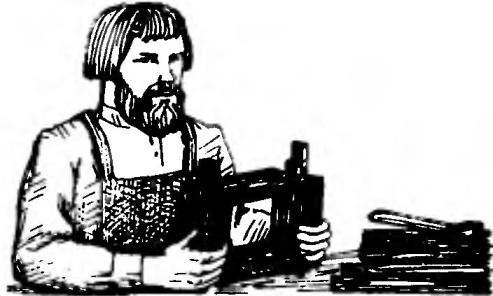 The old masters of carpentry there is a very handy versatile tool, which is to remind home to craftsmen working with wood. The device is called Vama. It is an indispensable tool when you need to glue the frame to make a panel of boards, assemble with glue so-called furniture of boards.

Vama itself is extremely simple. This is usually a wooden block or a thick rail with one hand which made a lot of cuts-grooves and over the entire length of the longitudinal guide slot, disappearing under attached to the end of a boss-stop. Is moved along the guide boss slider with the protrusion in the groove and the metal frame of the stirrup rod with a diameter of not less than 3 mm. That’s the whole design. To use it you still need to prepare some wooden wedges. Depending on future work can be done several such devices required sizes (in the drawings they are not shown).

The principle of using weimou quite clear from the above illustrations are examples. In fact Vama is the sister of clamps: it is also required when it is necessary to firmly squeeze (to unite, as the carpenters say) two parts or a number of them. For example, you need to glue two segments of the bar. Smeared with glue and stacked them on WaMu pressed against fixed stop and pulls him close to mobile, then entering his stirrup in the corresponding groove. It now remains to knock out one of the stops wedges and a tight connection of the parts secured. In the same way you can use two weim to rally the Board into a single shield to ensure reliable clamping of the panels when assembling furniture and the like. So as not to damage the fastened parts, the lugs and the wedges is to enter the strip. 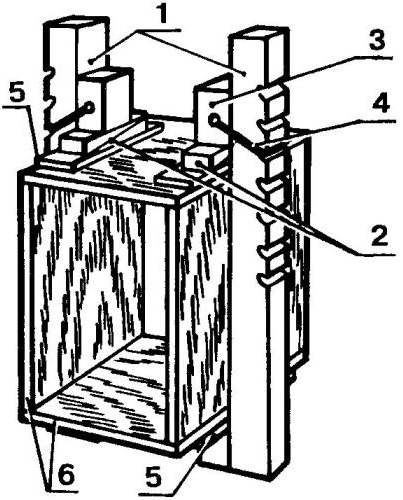 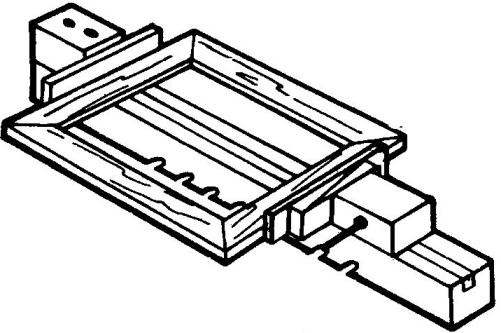 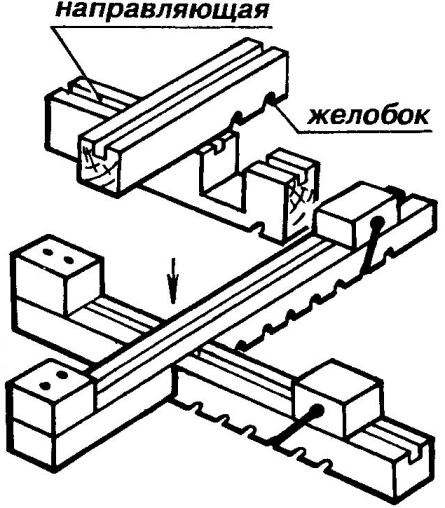 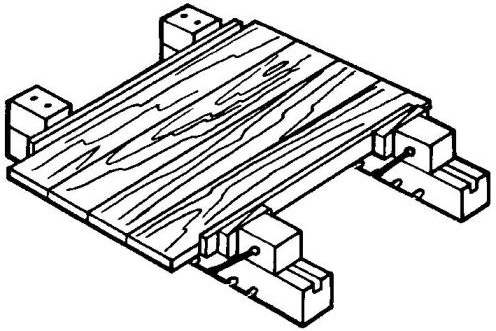 The rallying of the boards to the shield using two WAM.
If you have to glue a large number of frames, it is better to make WaMu cruciform, collapsible or non-releasable, respectively, by combining two weimy one — it will be much easier to work with.
To Vama served reliably for a long time, for her to take the bars of solid wood.
A. NAZAROV