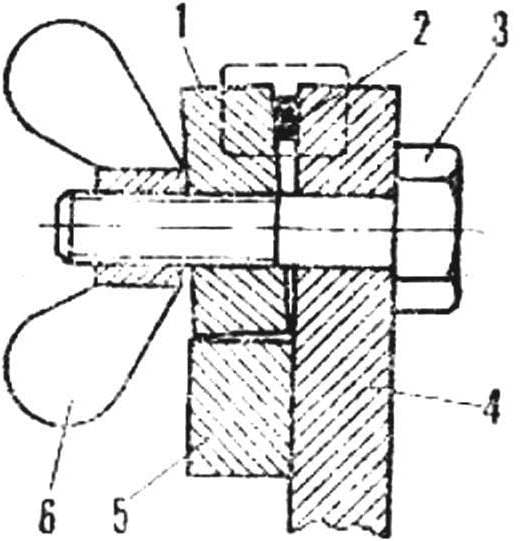 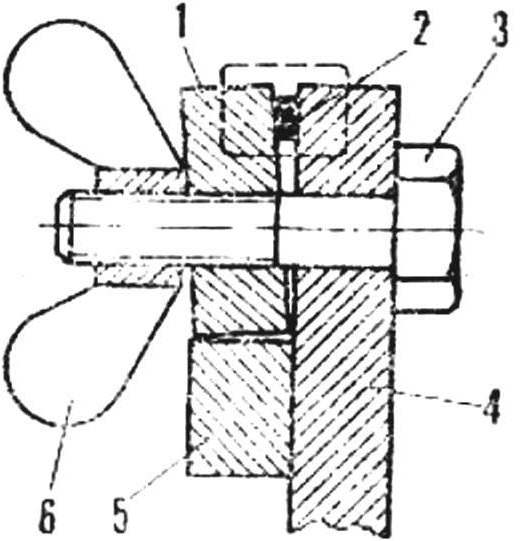 In most jigsaws, with whom I had to deal, there is provided a cantilever clamp blade relative to the mounting bolt (Fig. 1). Because of this, I think, often encountered distortions of the working body, and the canvas breaks down, not having served on time. And to release such a clip when changing the saw blade gave a hard, requires considerable force.
I made a jig with a new clamp node at the center of the bolt (Fig. 2). Done in the middle of the through hole a little more than a cross-section of the blade. The instrument became more reliable, durable. Suggest this sample to modernize existing jig. Maybe businesses will be interested and will make such changes in serial production? 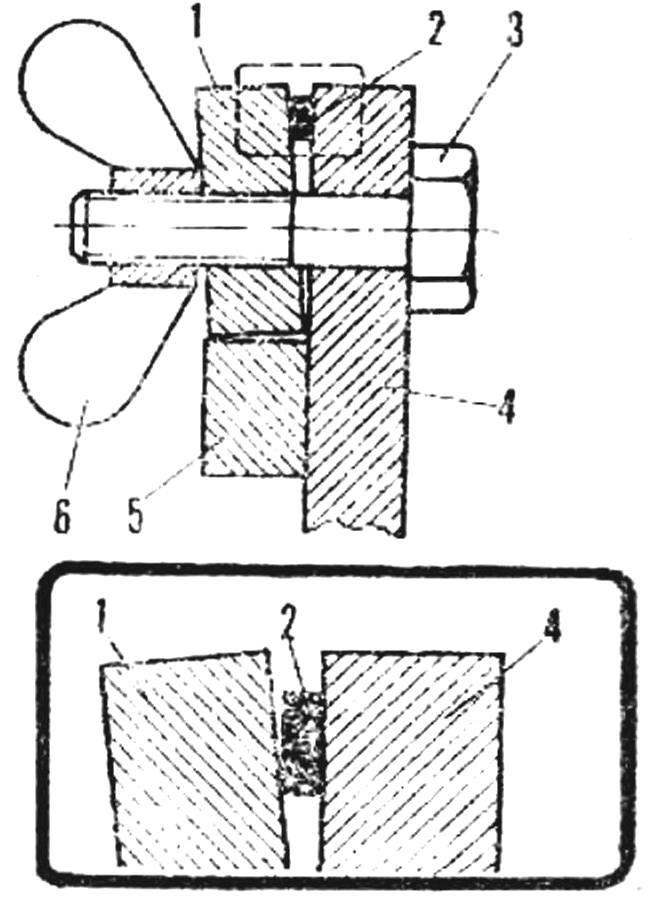 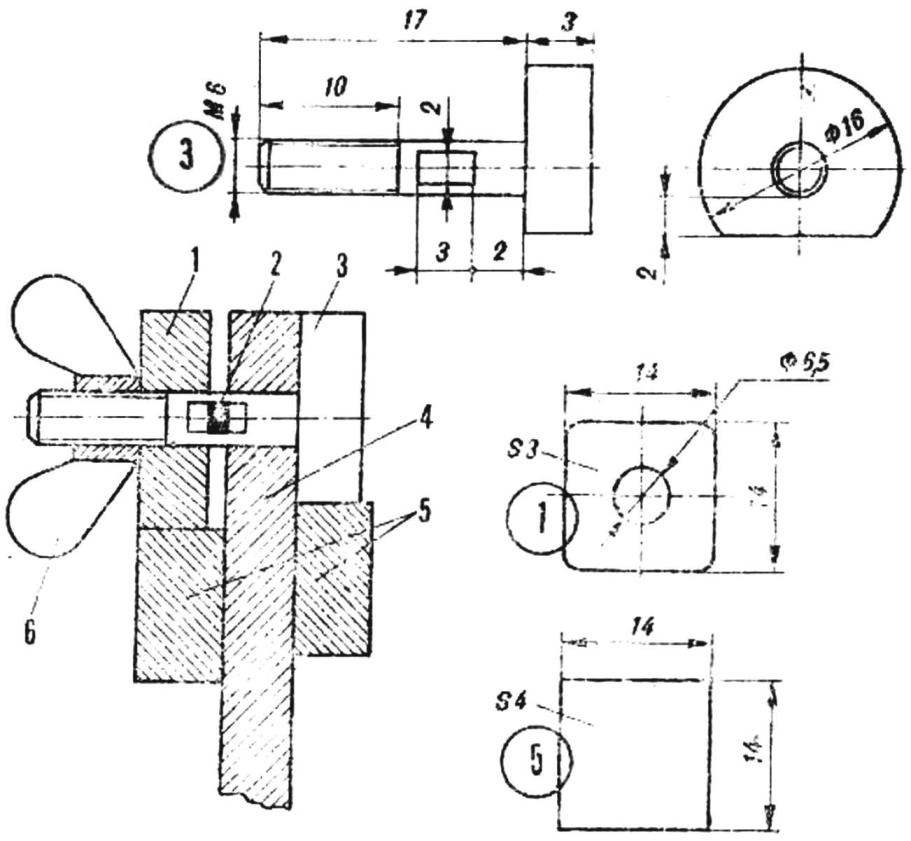