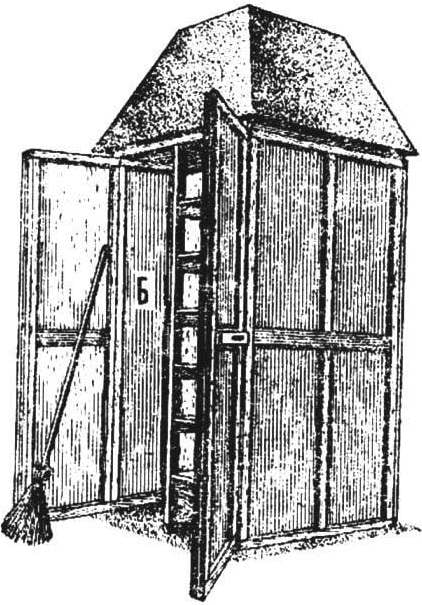 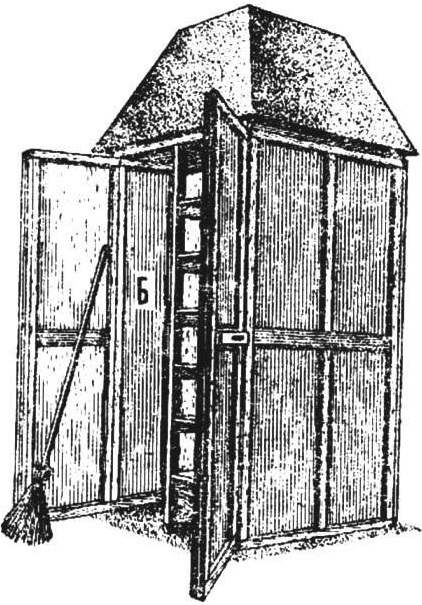 Almost every cottager is trying to equip on the site the shower: it’s nice in the summer heat PLI after active physical labor to feel the soothing coolness of the water jets. But so-called gardener and a small box, where it would be possible for the night to clean shovels, rakes n the other gardening tools, fertilizers, sprays with herbicides, miscellaneous household stuff. The design proposed by the magazine “Homemaker” (England), allowing one construction to combine the shower and the pantry. This box, which has a door on one side leads to the shower, on the other hand, a small wardrobe; divided compartments a common dividing wall. Another tempting option: to make it if necessary, collapsible, of the panels reinforced at the edges by a frame of wooden bars and rods, then at the end of the season it is easy to remove or redevelopment of the site to move to a new location.
The material for the shields can serve plywood and hardboard impregnated with linseed oil or painted with oil or nitro.
Two shields size 2000×1300 mm alternately stacked PA to a level place, and on the perimeter (with top padding) to these are nailed bars of a cross section of 50X30 mm — will receive the side walls of the booth. Also stock up the shield wall (but without padding) size 1950×800 mm.
Shield door shower enclosure size 1950X900 mm battens nailed to the cross-section 40×15 mm nails usageb. Also manufacture sash doors Cabinet size 1950X400 mm. Then all the panels in turn are sheathed around the perimeter of the rails section 40X15 mm. In the middle of the received frame is enhanced by the transverse bar section of 50X20 mm, and if necessary also the longitudinal rails.
The Assembly of the shields can be done on nails, but for greater strength of the whole structure is better to use the appropriate length bolts M5 — this will provide the opportunity to dismantle the booth for the winter. Reliable, although slightly more time consuming option is the use of steel or dural corners, mounted on the abutting blocks with screws.
Department booth, designed under the Cabinet, is equipped with additional counters of bars section 30×30 mm and removable shelves made of boards thickness 10 — 15 mm or plywood of the same thickness. 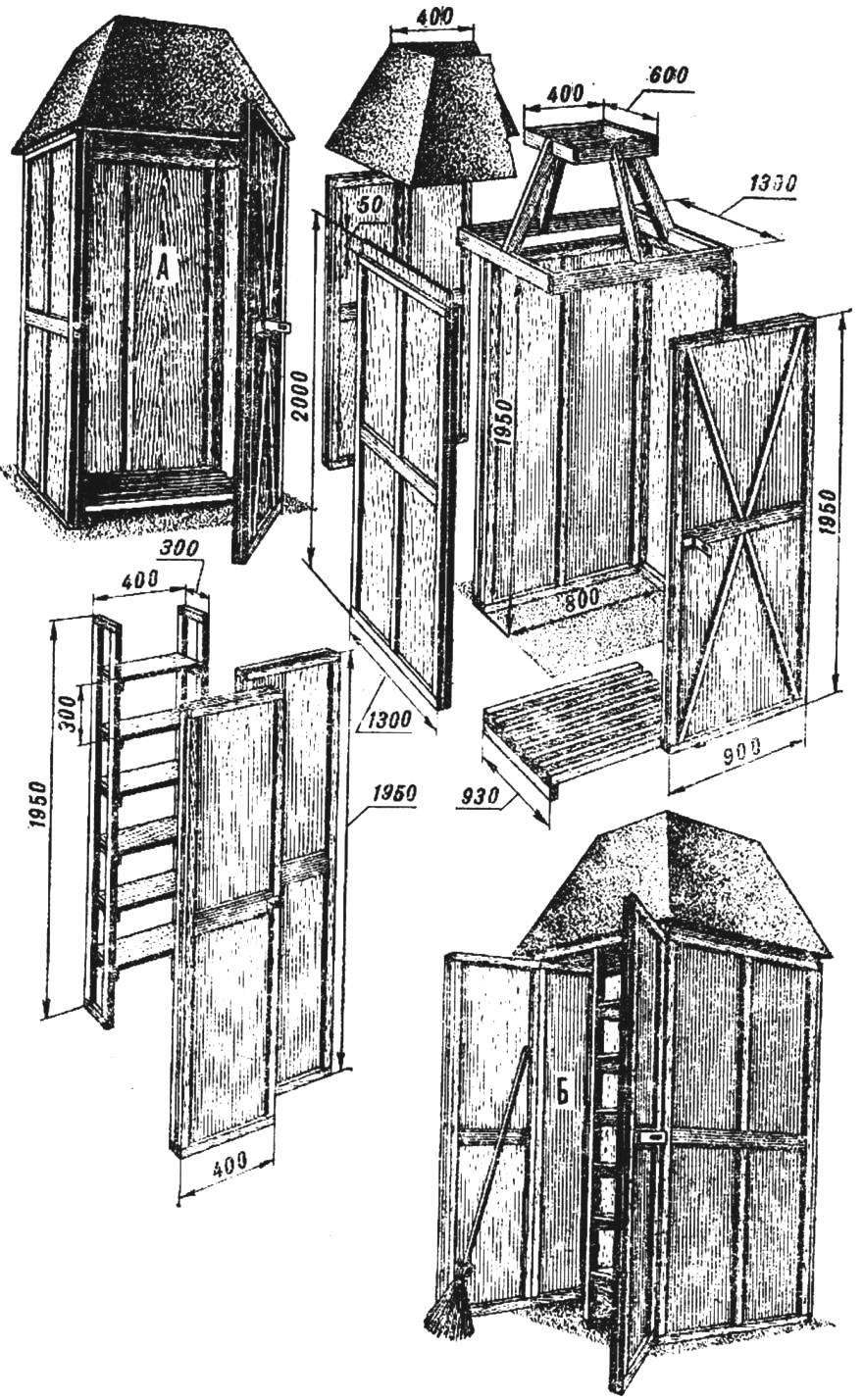 In one booth two departments: shower stall (A) and mini-warehouse with shelves and compartment for tools (B).
On top box installs the roof frame is assembled also from bruskov by section 50X30 mm. Its lower frame it rests on the bars of the side shields; the latter are sewn to her nails usageb. The frame is upholstered with any roofing material, which, however, must not extend beyond the edge of the upper frame: it is the base for the tank. It makes sense to put, even if there is an opportunity to bring to the shower water pipe: painted the walls of the tank in black, will be able to provide hot water by solar rays. As such a tank can be used for linen and other suitable tanks, small metal barrels.
On the lower bars of the shower (or additional crossmember) put lattice panels, and the area under booth fill with gravel for better water drainage.