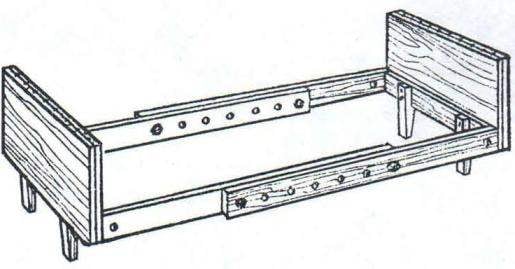 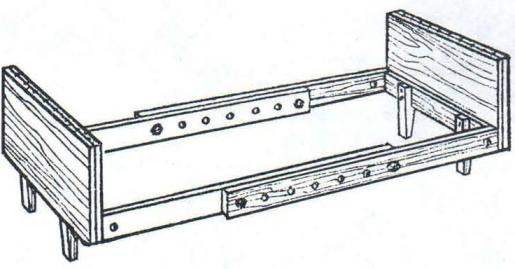 Children, like mushrooms, grow by leaps and bounds: only yesterday everything was just right, and today, and the shoes are too tight, and the sleeves are short, and the cap is small. However, it is noticeable not only in clothing but also in furniture. So I made up a baby bed, which would have increased the growth of the child. The trick is to split the frame and folding backrest: thanks to them, an ordinary crib with mesh transforms gradually into a couch for a teenager. Despite this versatility, the design is extremely simple and easy to manufacture not even a very experienced master.
The basis consists of two U-shaped half frames made of boards section 20×120 mm: two end with a length of 710 and 750 mm, and four longitudinal in the 1100 and 1200 mm. the Boards are each articulated connected to the supplementary round studs with glue (carpentry, casein, PVA), with possible enhancement at the corners metal or wooden covers.
To the end boards furniture bolts attach the lower half of the backrest and legs. The upper half of the backrest are connected with the bottom hinges so that he could lean to the outside. If backrest is used chipboard, they must necessarily paint with enamel, varnish or paste over the texture film. 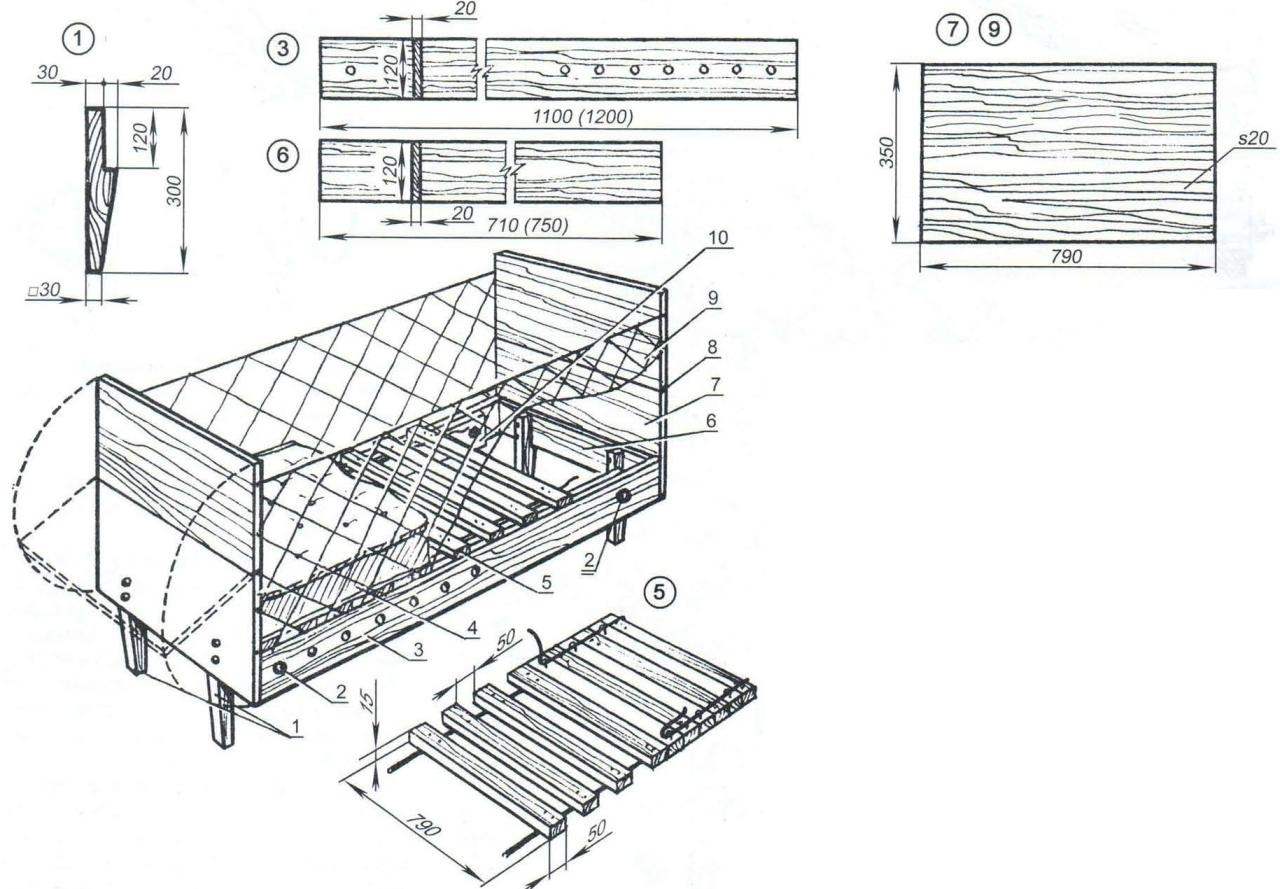 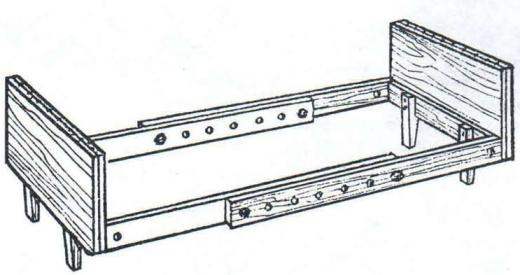 The same bed for a teenager
Thanks to the holes on the longitudinal boards in luray are fixed with each other without sliding (for infants) or in accordance with the growth of the child is at an increased distance between the backs. In the first case, the upper half backrest up and hung on hooks grid: tension holds the raised backrest.
Managed to make a convertible and the base under the mattress. This strap-cross-section 15×50 mm and a length of 790 mm attached to the clothesline, and so she passed within half-frames close to their longitudinal boards, playing the role of a limiter that prevents the shift of the crossbars. The intervals between the last should be left equal to its width: then supply the base, gently laid on top, the slats between the planks.
V. ABRAMOV, Minsk