When there are no guns, no shotguns, no revolvers. People fought with spears, swords, and just rocks. In ancient times during the siege of fortresses used a special weapon for throwing large stones, catapult. In these simple military machines were used “energy” twisted ropes made of sinews.

Model of catapult is easy to do for the children and themselves. It is very simple. Wooden frame with racks, rubber band instead of a rope and a spoon for the stones — that all of its main parts (Fig.1).
For the frame you will need two long (130 — 150 mm) and two short (40 — 50mm) slats with the cross-section 15×10 mm. Knock down frame as shown in figure 2, placing a short between the long slats. Then make a stand with crossbar and fasten them to the frame (Fig.Z). Stands should be reinforced slopes. Take the rail and attach it to the frame rack (Fig.4) mark and cut. Make four of these slope and fasten them so that they are tightly connected with the frame and stand. 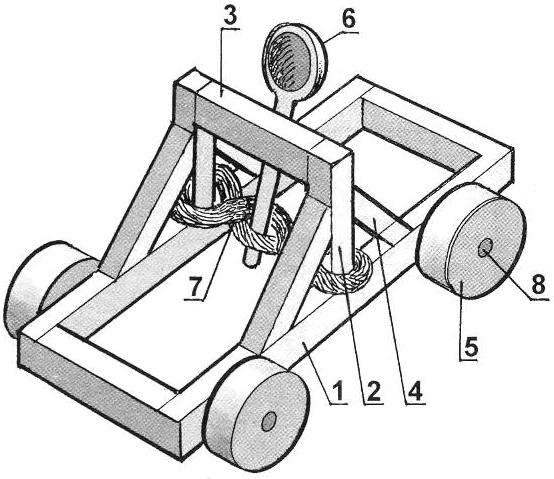 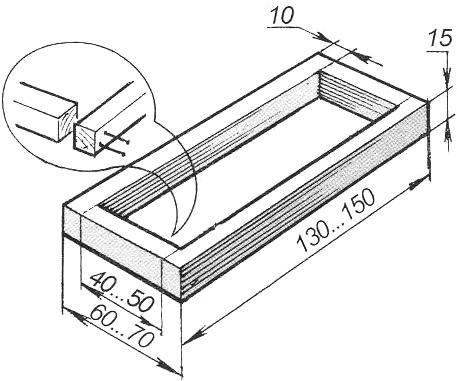 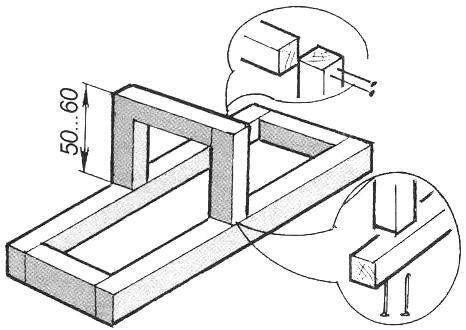 Fig. 3. Stands with a crossbar mounted on the frame approximately in the middle

Fig. 4. The slope is marked at the place
Have to do wheels and a spoon. Wheels cut from round the sticks and fasten them in the center to the frame studs, which will serve as axles. Spoon use ready-made or cut from plates.
Now take the elastic, wrap it several times around the lower part of the uprights, install the rubber insert between her harnesses spoon. Catapult ready to fight.
I. VOLKOV, g. Reutov, Moscow region