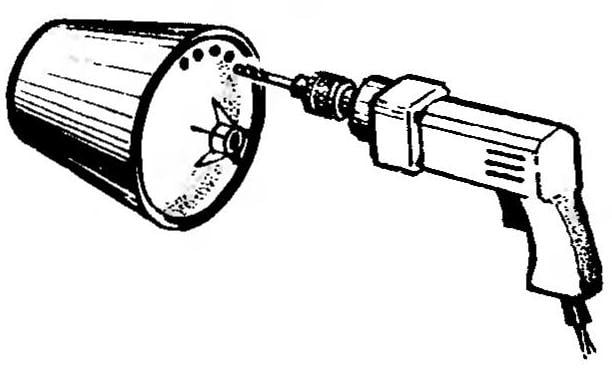 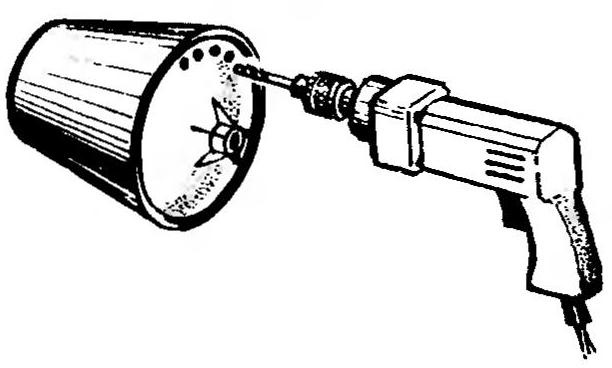 Somehow, examining the parts of a worn washing machine “Siberia”, drew attention to her vatoobraznye the drum of the centrifuge and realized that he could still a lot to serve, and that as the bucket.
The driller drilled at the bottom of the drum with the hub, where he was put on the motor axis, this lug the bucket to anything. Burrs removed with a file and smoothed the edge with emery cloth.
The bottom of the new bucket made out of sheet aluminum with a thickness of 2 mm. To connect with drum used fiberglass, epoxy and screws M4 in the amount of 8 pieces. After curing the resin protruding ends of the screws are cut down. 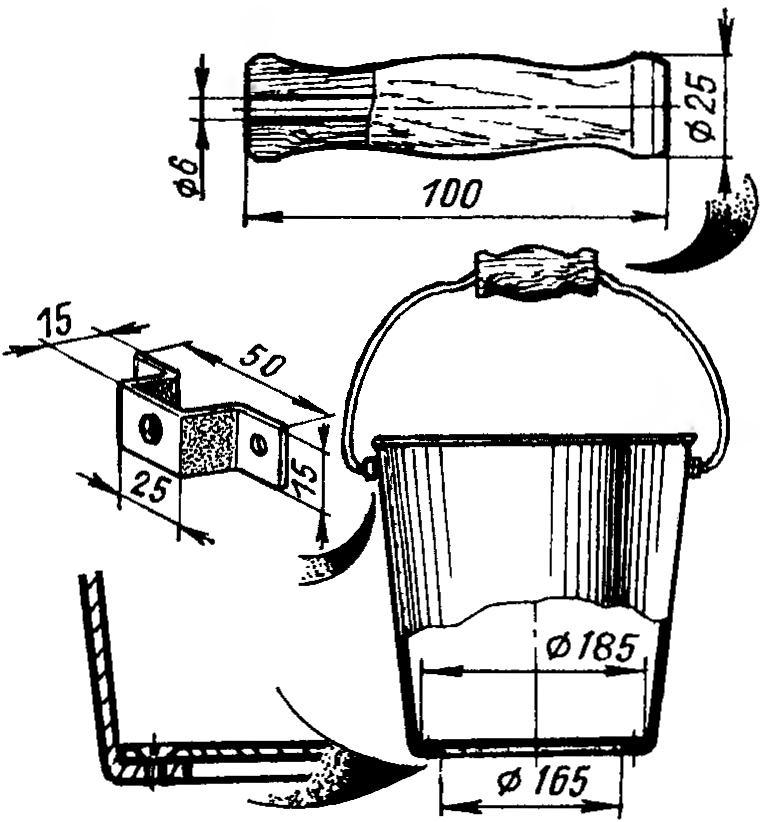 The bucket from the drum of the washing machine
The handle of the bucket made from wire with a diameter of 5 mm (cut Telegraph wires). This wire is steel-hard, copper-plated surface that is not susceptible to oxidation and has an attractive appearance. The shackle to the casing attached by means of two lugs from strips of stainless steel with a thickness of 1.5 mm, prilepov them to the drum with aluminum rivets. Wooden handle carved from birch wood and varnished.
The result is a light, very sturdy bucket with a capacity of 9 liters, it immediately became a favorite of our entire family.
V. VESELOV, Kholmsk, Sakhalin region.