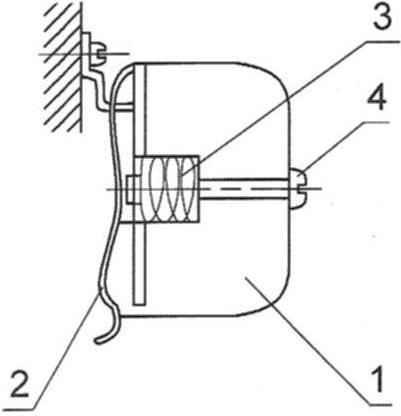 I want to share with a favorite magazine his small development.
We had a bad, nasty apartment call: rough and very loud. We always flinched when anyone came, and those who called for the first time, too frightened. Although the call was prefabricated, bought – and hung up.

But the patience has snapped, and I decided to remake this “Intimidator” that signaled a more pleasant and peaceful.

Shop “Sports” in the Department for fishermen bought 2 bells, one large, the other smaller. You can use and more – will only nicer sound. But I was limited to two.

With a call removed the plate cap (that he was making such a sharp unpleasant sound). Then drilled in the lower part of the firing pin hole with a diameter of 3 mm. Of the strip of aluminum with a thickness of 1.5 to 2 mm produced a bracket, to which hung the bells, using the screw M3. Here it is important only that the bells do not touch each other.

Curved end bracket with bells attached to the latch striker bolt M3, which previously drilled the appropriate hole with a diameter of 3 mm. was the result of the design shown in the figure. 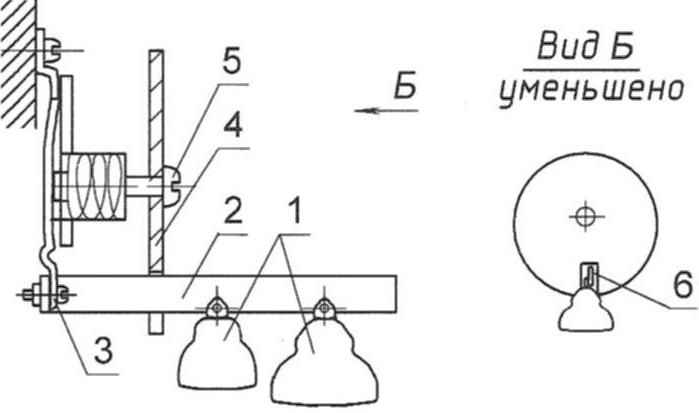 6 – the gap under the bracket

Now when you press the button when the pin-tongue is attracted to the solenoid bracket with the bells when it shakes and you hear a nice “crimson” a gentle sound. Honestly, even nicer guests got to meet!

Would advise even producers interested in and modify these calls.