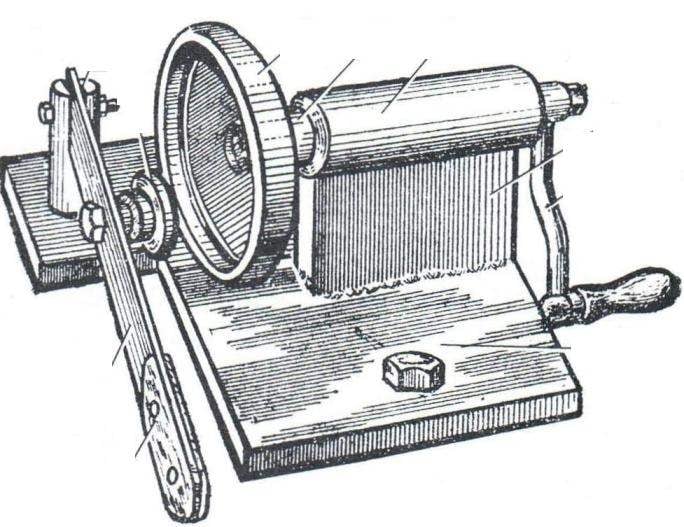 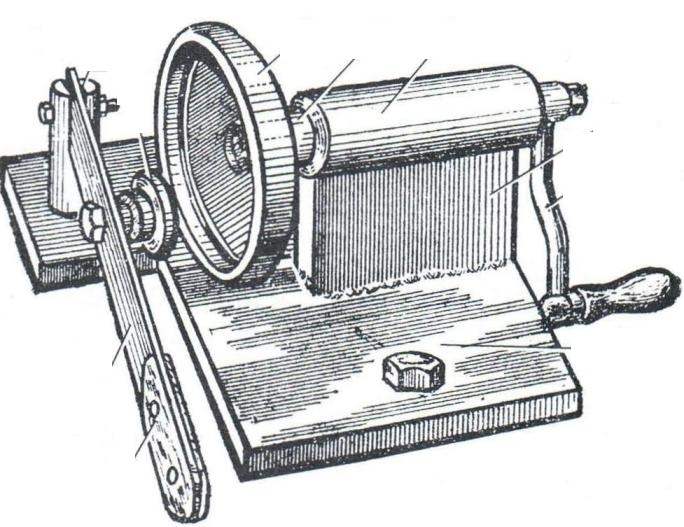 Something I have done for drawings and diagrams, published in the journal under the heading “Club home of the masters”. In one of the rooms was a note on the machine to edit used caps from glass canning jars. I use a similar device for ten years, and it has never failed me once.
In my fixture and differences that provide additional opportunities. First of all, the versatility: with a roomy ring the holder can edit the different size of the cover. Imposed on the rotary lever ypravlaushiy wheel is pressed by the inside of the holder, providing its rotation, run-in and alignment bent or deformed can opener surface.
The design of the device is extremely simple. Those who wish to manufacture these, I want to give some explanations and recommendations. 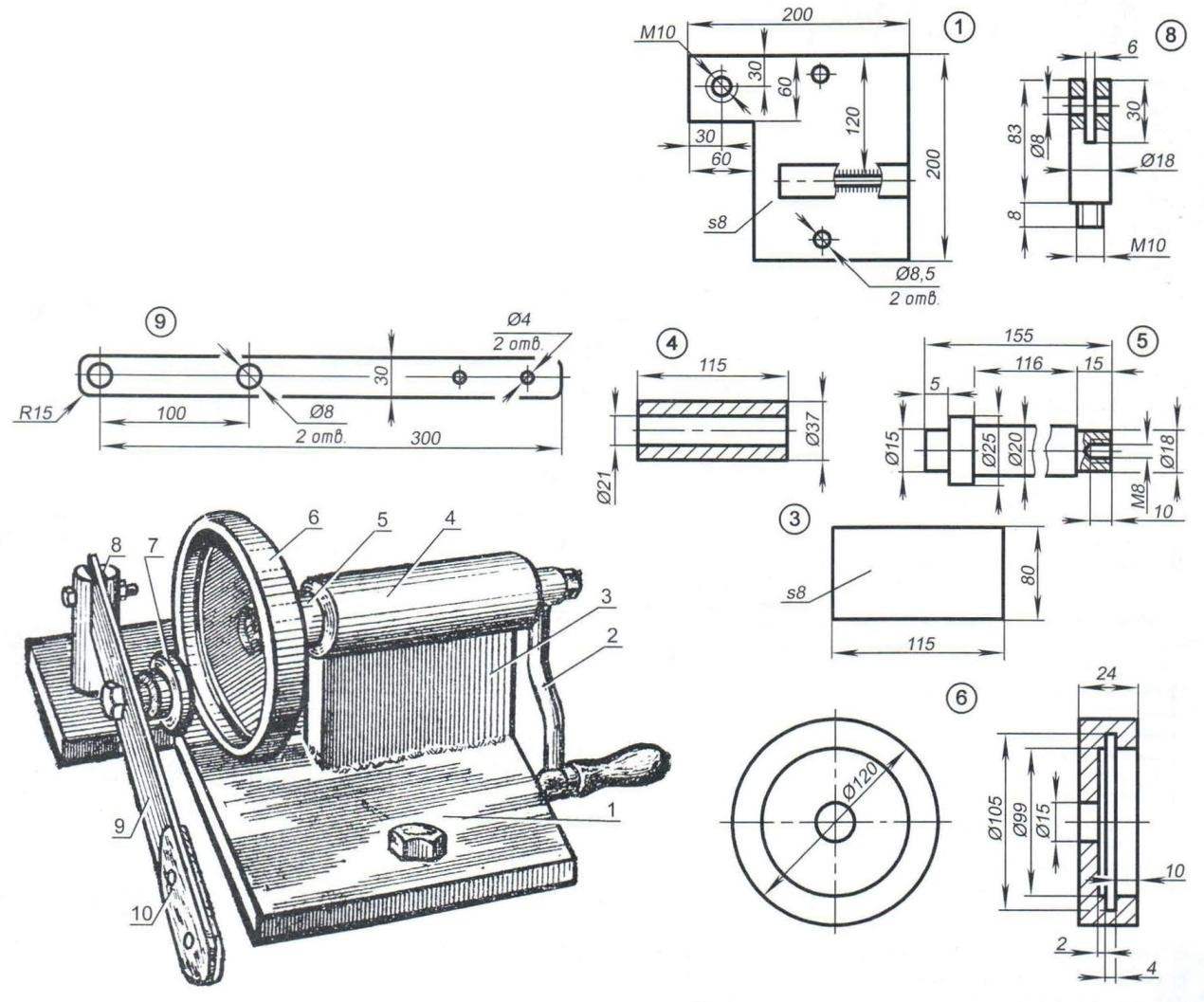 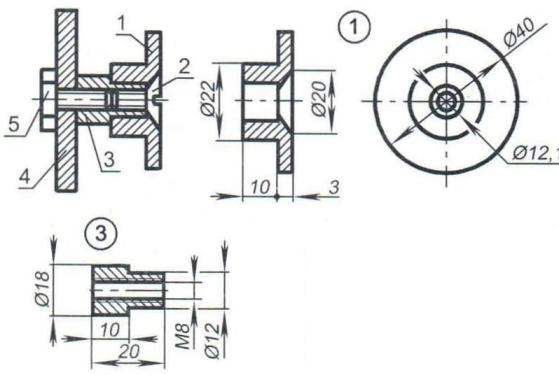 Fig. 2. Node ypravlaushiy wheels:
1 – wheel; 2 – flat-head screws; 3 – bushing; 4 – lever; 5 – the screw
Support legs of the lever and the bushing of the holder spaced a few; the carving on the leg support legs to which is attached a lever ypravlaushiy wheel, does not interfere with the lever operation in the horizontal plane, that is, the thread provides ease of input and output wheel of the tool holder with a lid. Three holes in the middle of the lever will allow, if they neverlet, rearrange ypravlaushiy wheel. Arm taken from the old grinder; its seat is tailored to the shank axis. Frame – stationary, it is fixed with two bolts M8.
Insert the cover into the holder and push it (to its rim or plane) ypravlaushiy wheel. Two or three turns of the handle and cover are like-new again!
G. VOLODIN